OK Chaps, I've been having so much fun driving it I haven't had a chance to get the Land Rover shell finished. HOWEVER, after running it I soon discovered that a very heavy vehicle smashes ABS plastic shells to bits when it rolls so I 'borrowed' a shell from my 9.6v thundershot vehicle to use as a runner temporarily until I can get a lexan Land Rover shell from Kamtec. The camaro shell looks just as evil on here as it did on the buggy, I quite like it actually but then I'm sad like that....

Also after running it for a few(well actually ALOT) of hours it got wet, VERY wet in our typical British summer weather. The ESC had to be dried out in the oven (again). I decided it had to go in another of my little waterproof boxes. Usually I have to fit a fan to keep it cool but with the reduction box and 550 motor the ESC barely gets warm let alone hot and that is after an hours use! The box is a futaba RX box, great little packaging futaba do :-) A rubber grommet around the wires where they enter the box keeps out the water. Been thru loads of puddles and downpoors since and no problems.

Another problem I found was interference on the radio from electrical noise from motor and gearbox. I mounted the antenna pipe on the fron t bumper and it seems to have cured the interference. It looks quite cool as well I think.

Last but not least, again after much use, I discovered that in heavy rollovers the radio box would get smashed so I built this bullet proof roll bar for it. I've since fallen 5 feet onto rocks and the vehicle survived intact :-) The roll bar also forms a mounting for the front body post.

The rear posts are just two TL01 vertical posts bolted into place. They are nice and flexible and allow the bodyshell to absorb most of the brunt of an impact without damage to chassis. 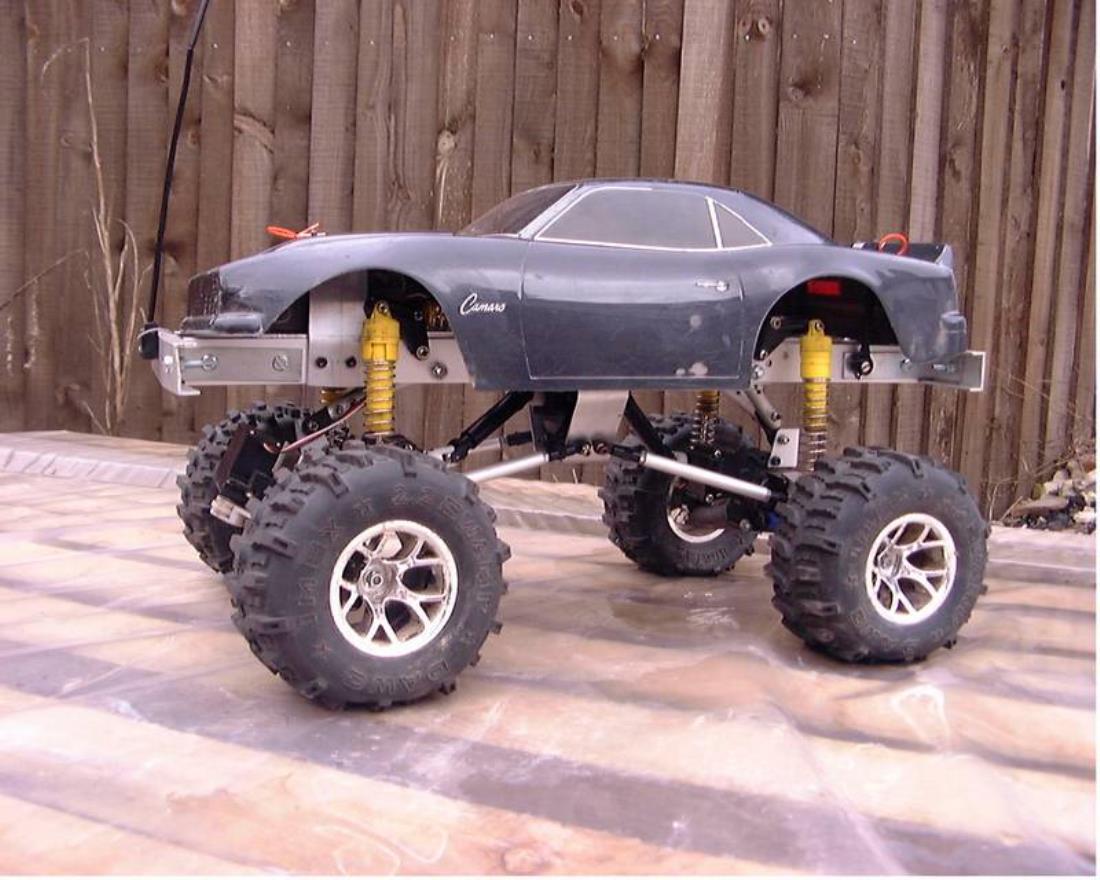 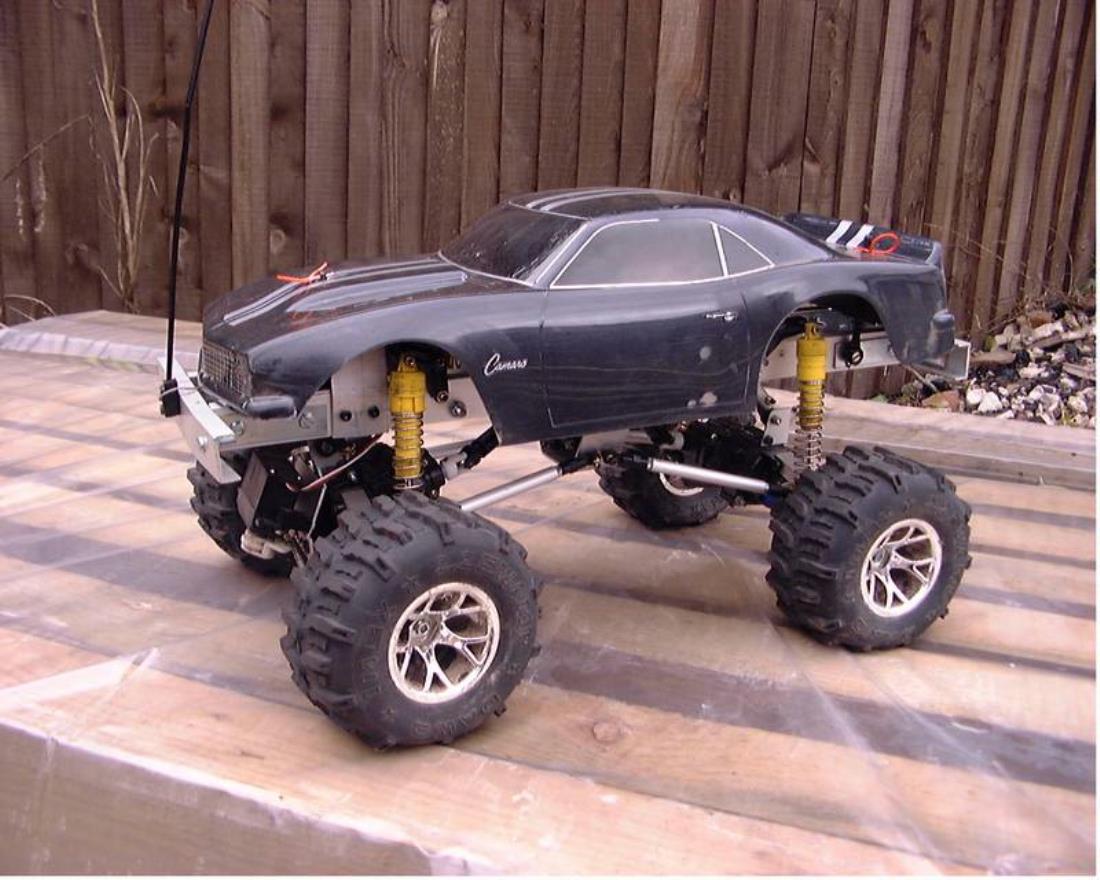 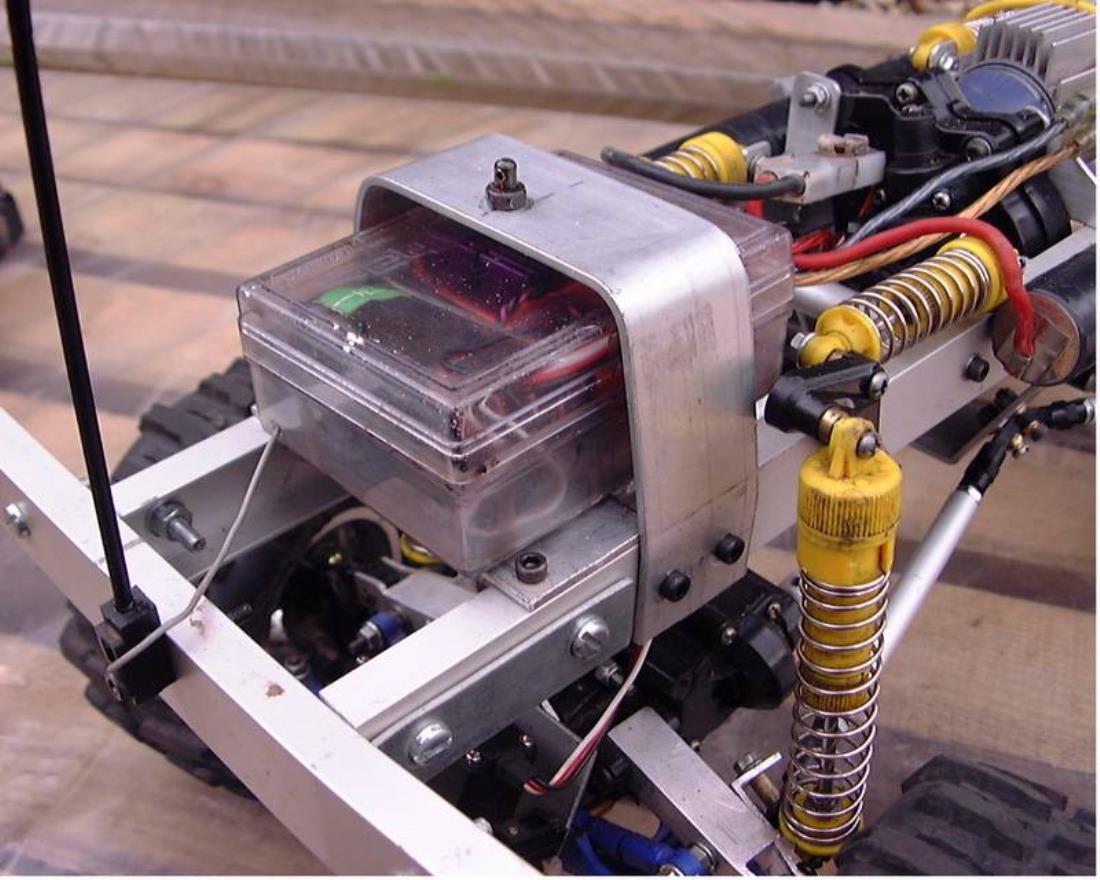 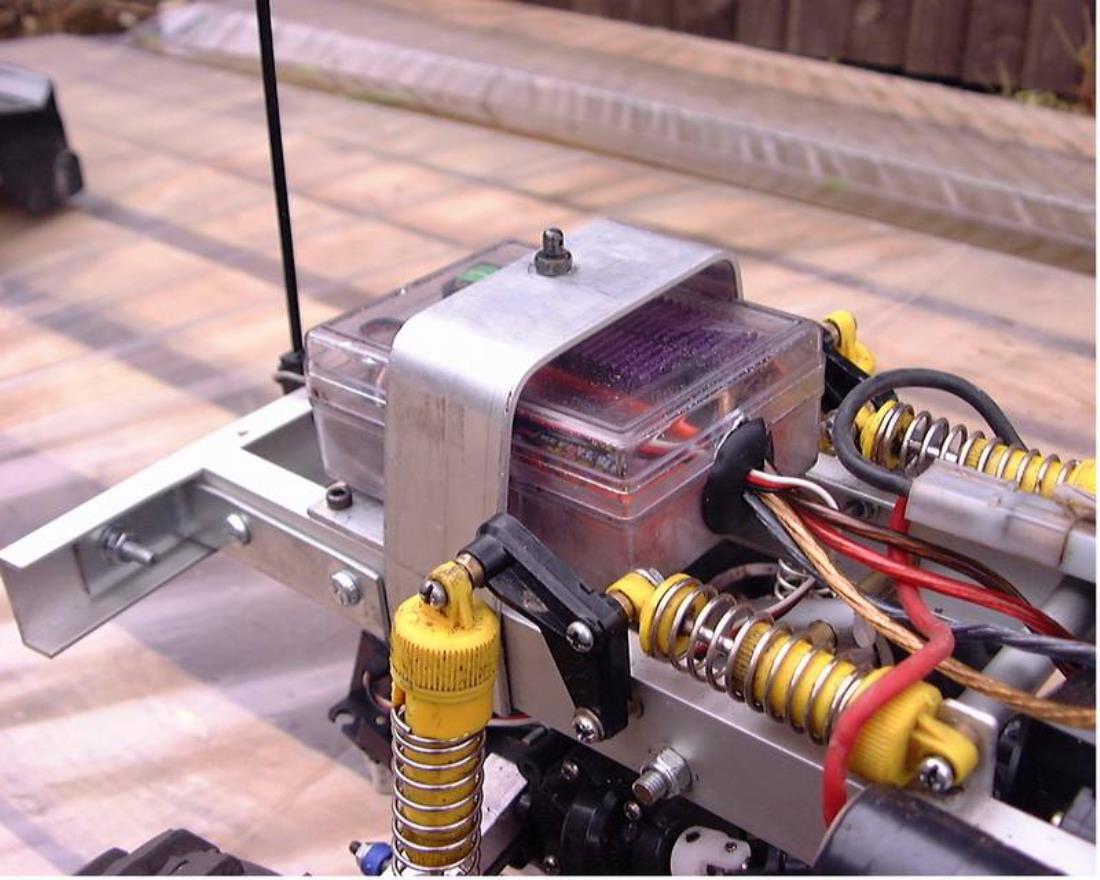 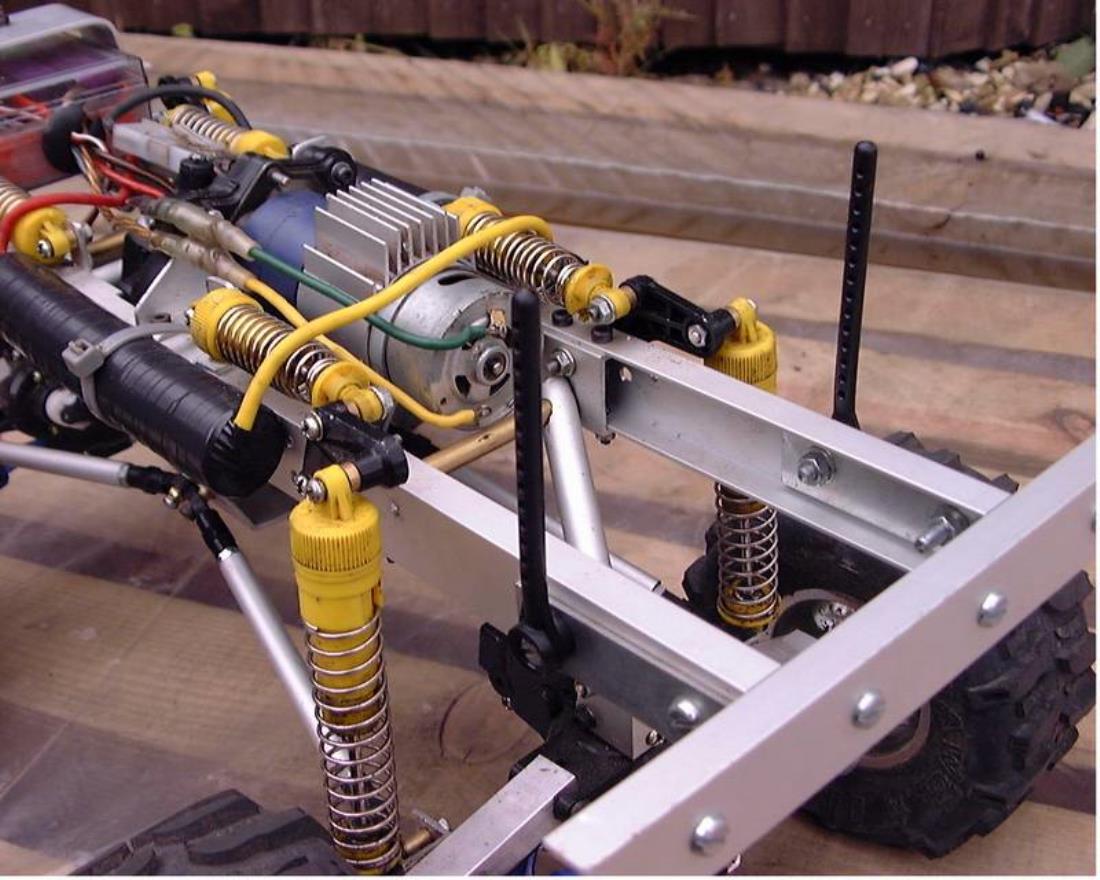 Fantastic engineering. Can't wait to see the car with the Rover body on it. The car, in the setting shown here, reminds me of the Kyosho Corvette Hi-Rider, issued ages ago.