I reviewed this car and the building of it in the user review. It was built from NOS parts. Most of them switch with the Brat, but a few, some very difficult to find, do not. The hardest parts to find in descending order, the dumb looking bumper, the front tires, the wheels and an original body, not really that hard until you have to pay for it. Quite a few club members contributed to this effort, Patric in the Netherlands, Bcollection in Switzerland, Anthony at AirXtreme, Westy in a round about way and several supliers like Jim Sourbeck, JR-RC, and several others. I am not happy with these pictures and will replace them in a day or so. It was getting late, and the light wasn't right. I put LED's in this on as well as my re-release, with that many perfect places to put them, I couldn't resist, and the book has them in it. It is painted pearl white, which shows up best in the head on shot, hopefully beter when I re-shoot these. I used all old radio gear and an old Futaba Attack radio. I wondered why I was keeping all those servos and radios that were pin type, now I know. I left the hop-up shocks on as a reminder of another project, I have the stock ones that are kind of boring, but can be switched in a few mins. That front bumper I looked all over hell's half acre for, looked so out of place that I neatly put it in a bag in the box with the stock shocks and the build manual and forgot about it. It really didn't fit the car at all. I looked at pictures of all the surviving 037's and not one had anything like it. This car is easy to find, since it is modeled after the one that Walter Rohrl won the 83 Monte Carlo race in. It didn't have the extra lights on it, and was marked slightly differently. All and all, this is a good reproduction of that car, except trying to fit it to a Brat/Frog chassis. I like it more now than I did when I started, it doesn't look that funny to me anymore. These are pretty hard to come by, and as stated, some parts are tough to find, but it is one of the first 100, and I am glad I have one. I am finishing up restoration of a Frog, and the set will be complete. Enjoy!

As a Post Script to this, it was written in 2004. I never did build that Frog or finish the FAV I had 97% finished and probably never will. Just what I paid at the time for a new old stock body was LESS than the rere kit with everything else sort of. I am glad I have these cars etc, but I only have so much time and the 'company' is wasting mine. 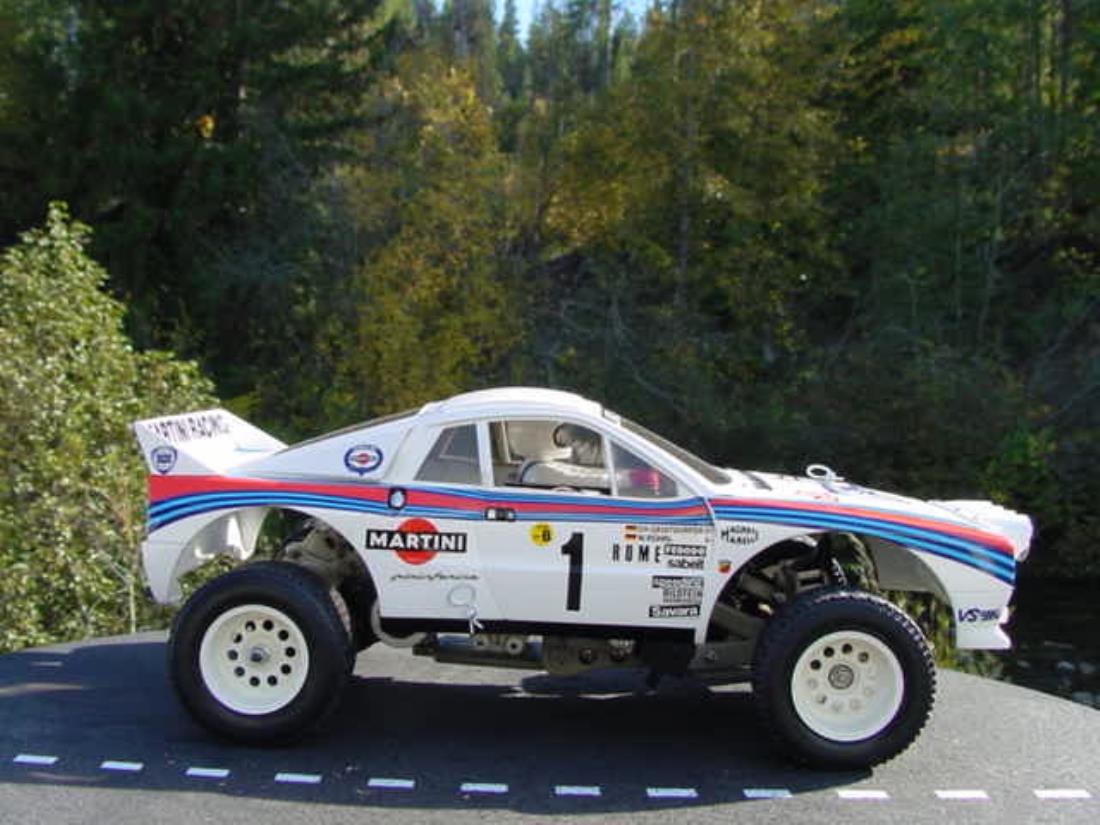 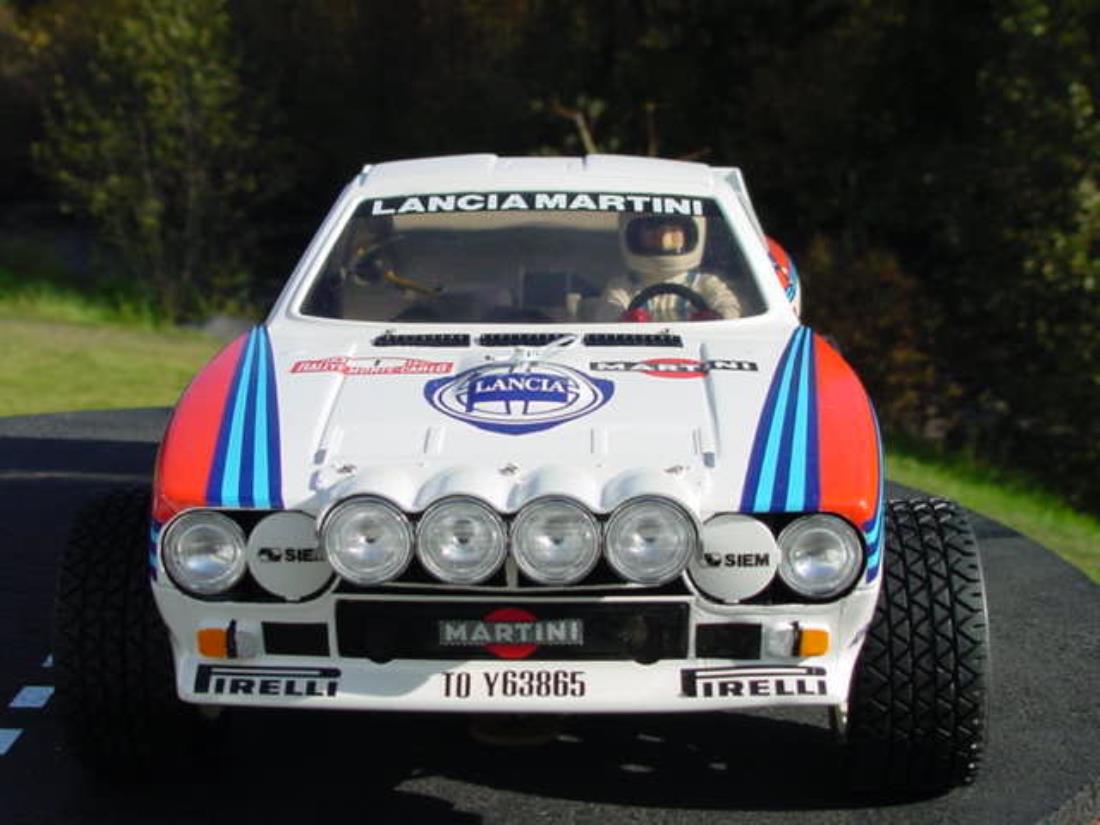 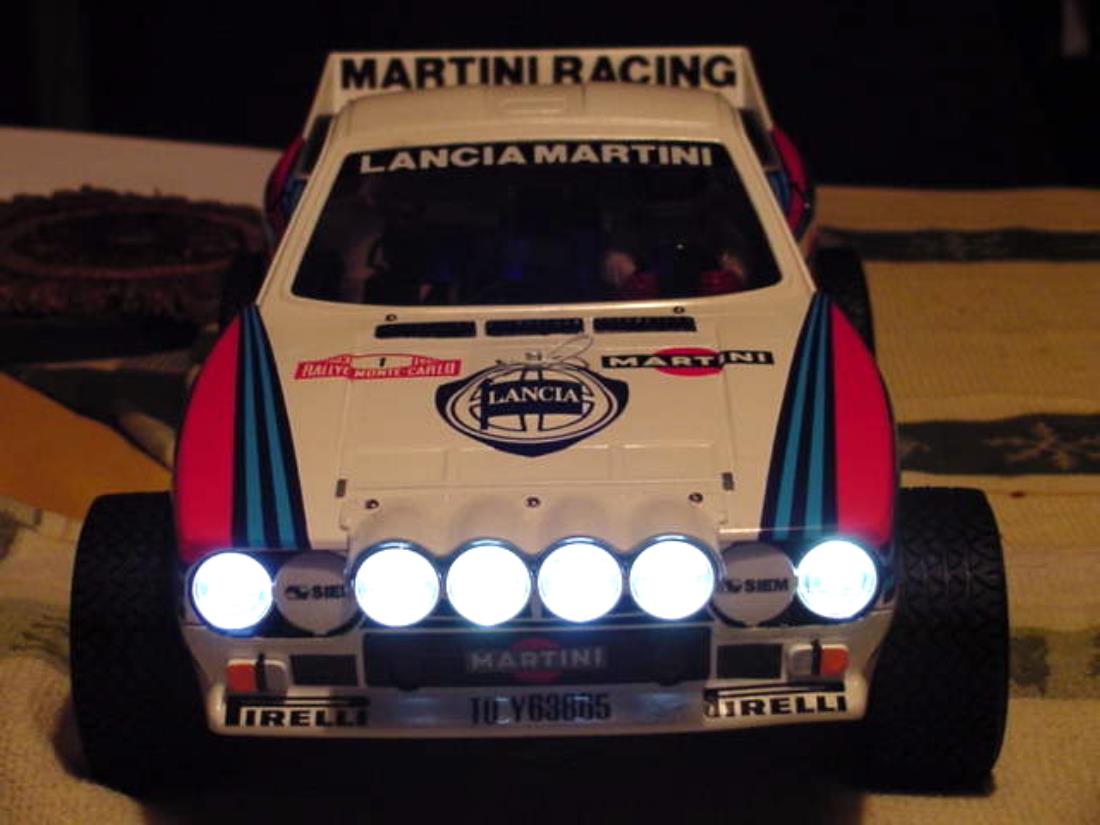 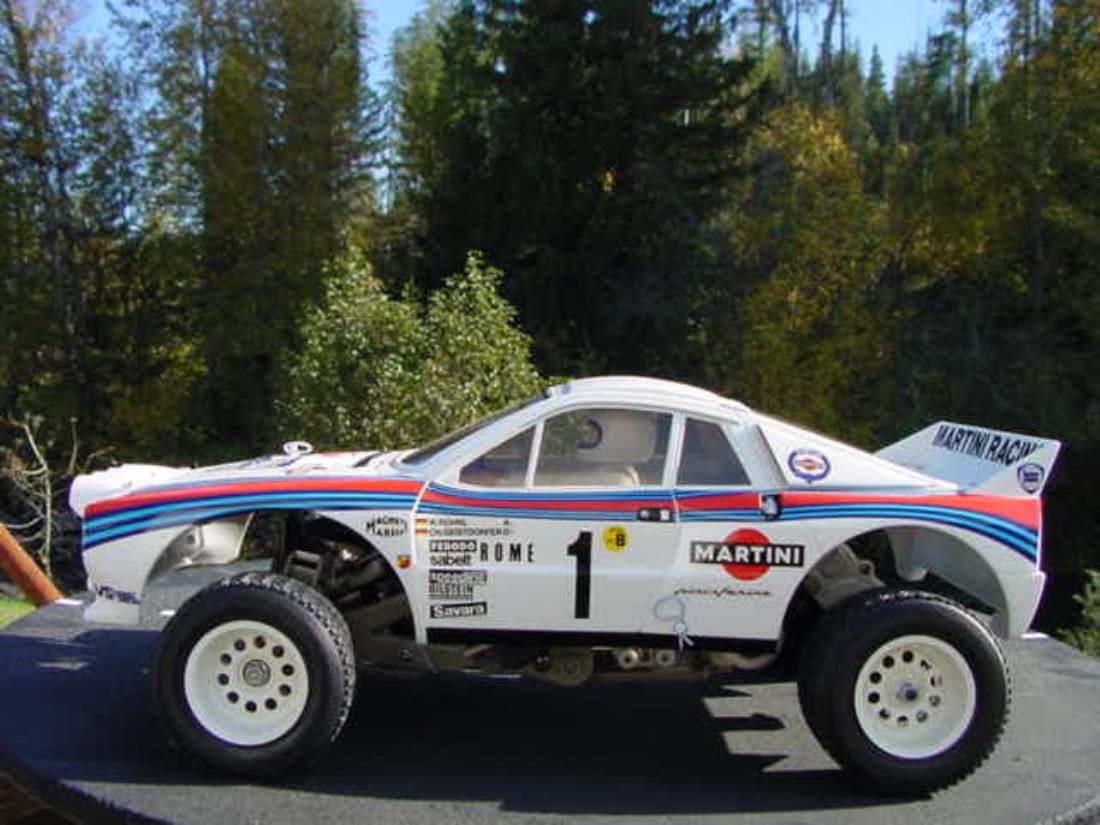 That looks very very nice. Glad you managed to get finished.

A minter and a especially a lovely one, great job mate!

I always wanted one of these and this one is a super car. Guess I'll have to hit the bay and find my own, nice job.

Yeah, I still have her, and a couple of others, wait long enough and they will rere it, about the time you get it built!

What's this Bradd has a comment??? WOW, how are ya?? I still see the re re bug has you bugged. It makes the models they didn't re re that much more valuable I guess.

Beauty of internet, works anywhere, almost. When are you leaving the mainland?

Oh wait, I built the rere! It was NOTHING like this car!!!

Bradd, I am inland until June at least, how about you?? When you coming 'home'

March. I need to build my garage! So far the on board WiFi is not working, so gaps every time I sail!

Thanks for that update Bradd, will keep my eyes out for email when I can. Sounds like you are having some good times. Enjoy them.