After much trial and error I have now made some more changes to the original design. These are as follows:

2) Increased wheelbase- this solves two problems, firstly it reduces the propshafts angles and has almost eliminated the traxxas sliders habit of self destructing at extreme angles. The second thing it solved was the awful torque twist I had originally. The much less extreme prop angles (about 18 degrees) have more than halved the torque twist issue.

3) Redesigned the suspension geometry again - this was to prevent the propshaft angles getting too extreme at max articulation, the a arms now allow the diff to be angled perfectly throughout suspension travel to maintain good prop angles and prevent damage to props. This also gives better articulation. Max articulation has increased from 7' to 9'.

4) Chassis chopping - this was required to allow clearance for the much larger 1/4 scale servo at max articulation but it also reduces weight up top so the CoG has become lower. The huge extra weight of that big servo is also low down on the axle so again helping CoG.

In addition I also made some skid guards for the gearboxes and mounted a much larger radio box which was needed to house the 8 channel reciever.

More pics later of the rear wheel steering and other mods. 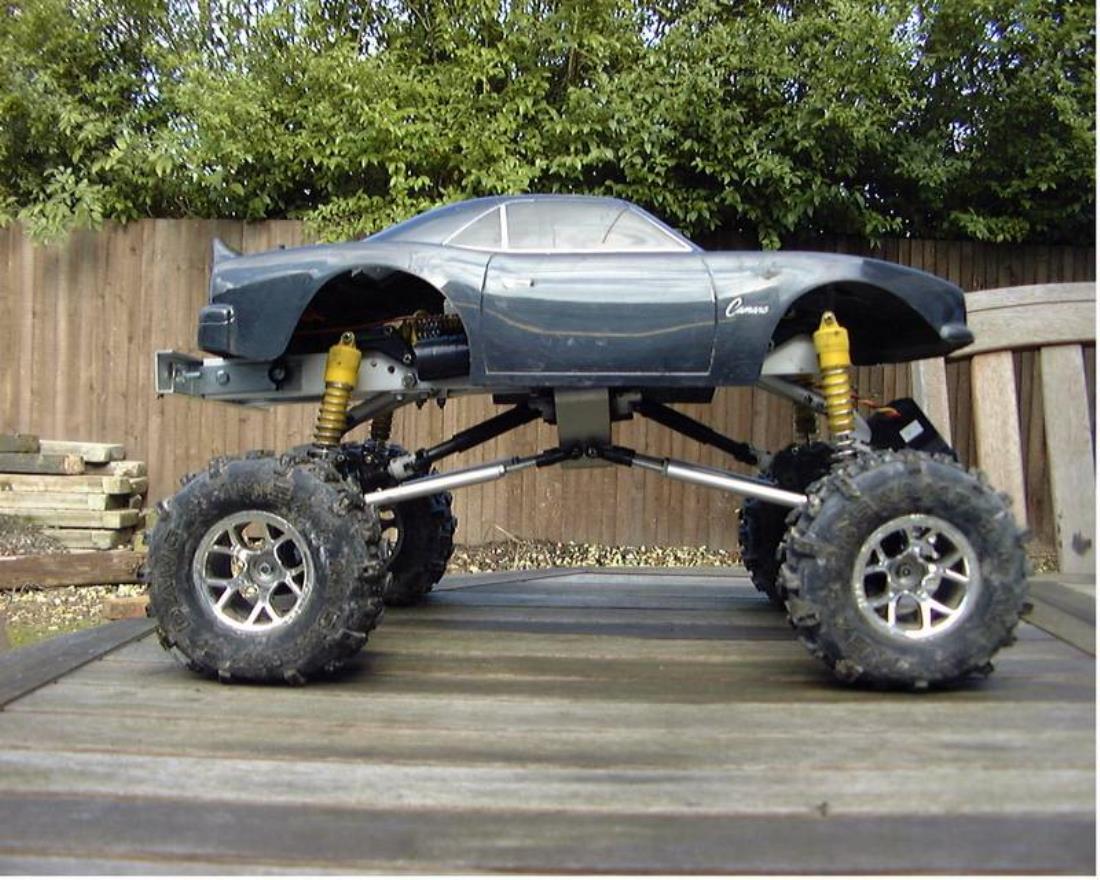 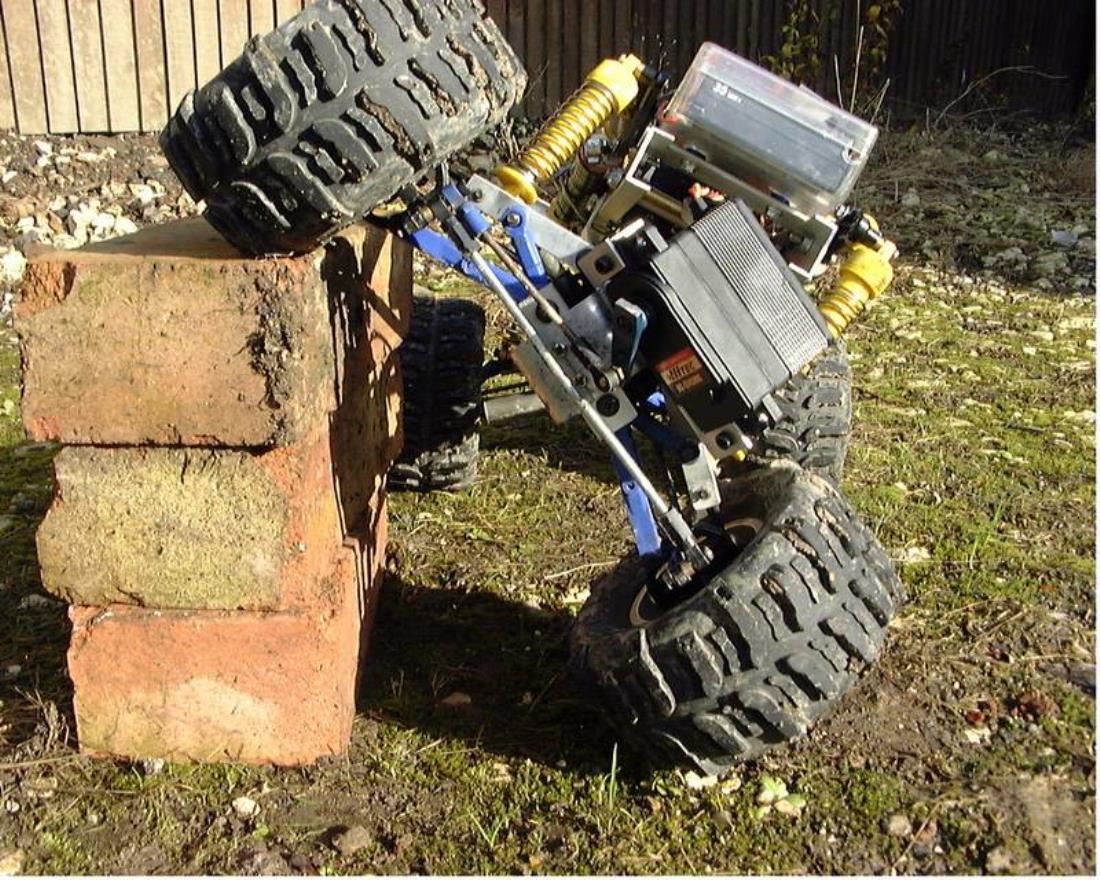 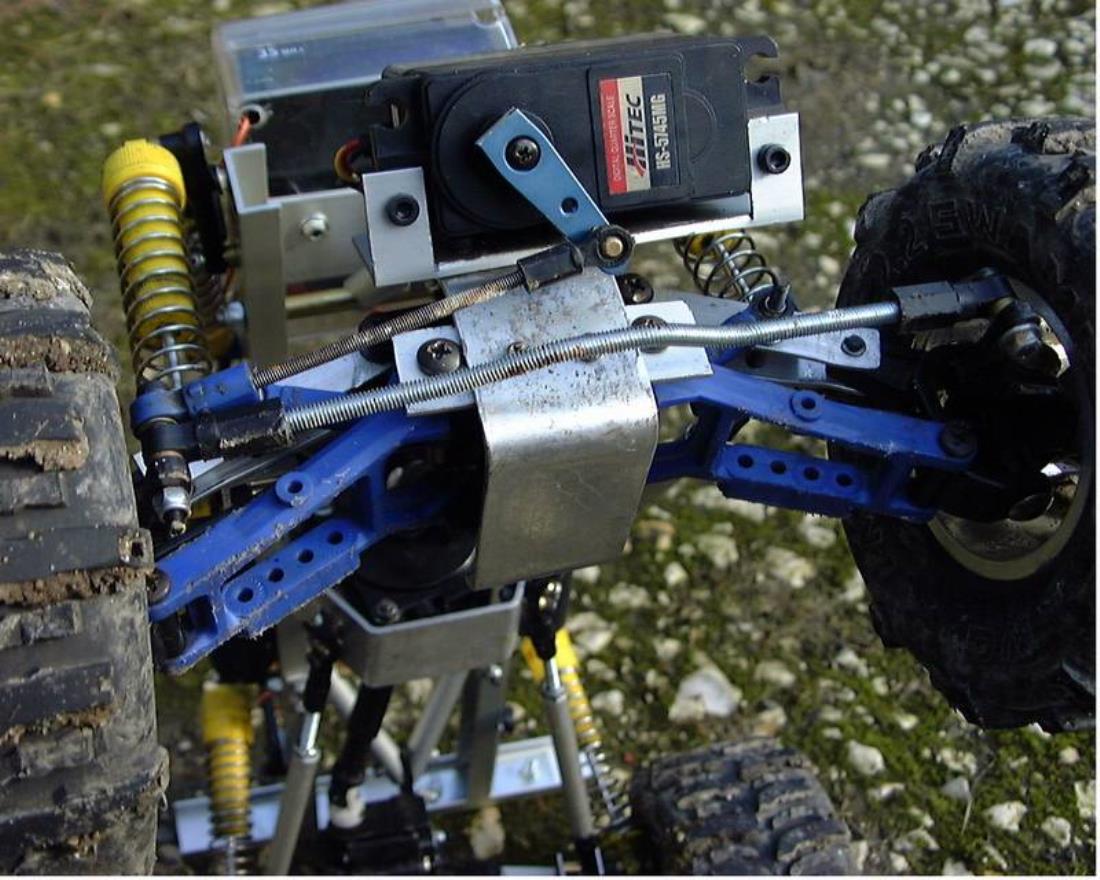 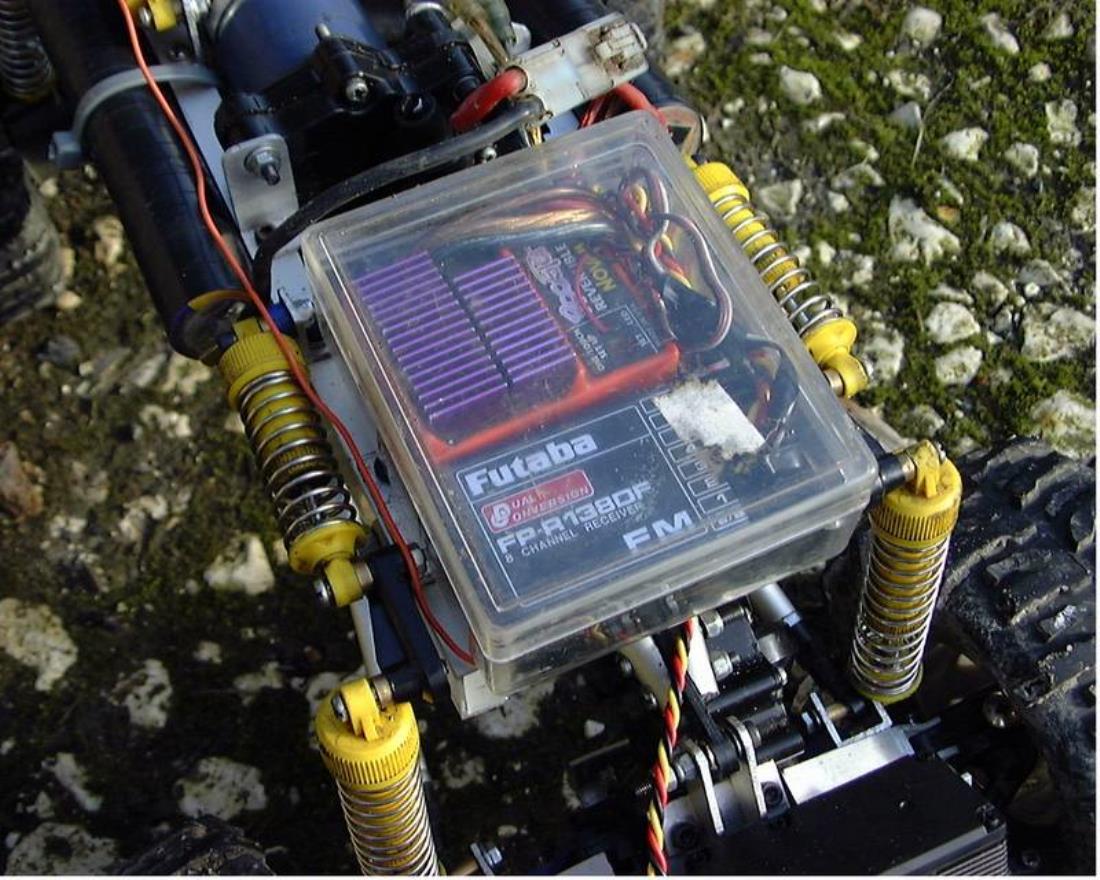 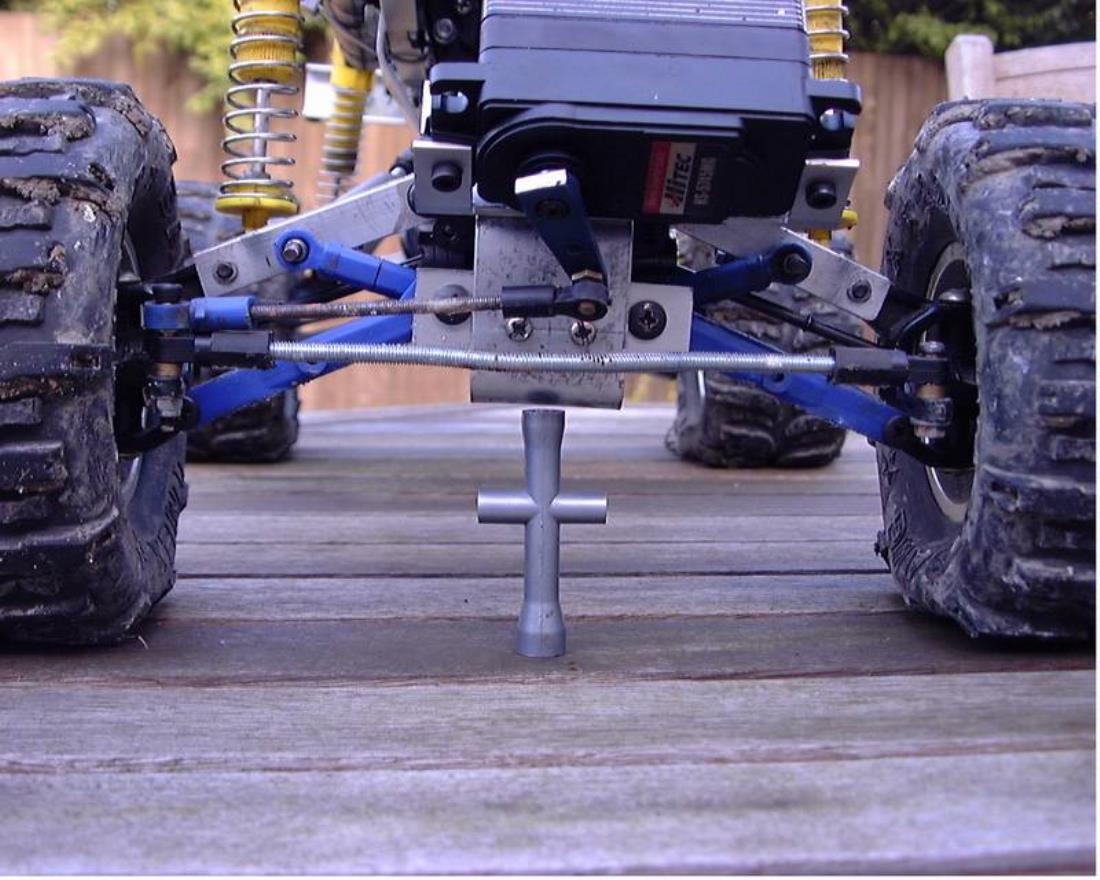 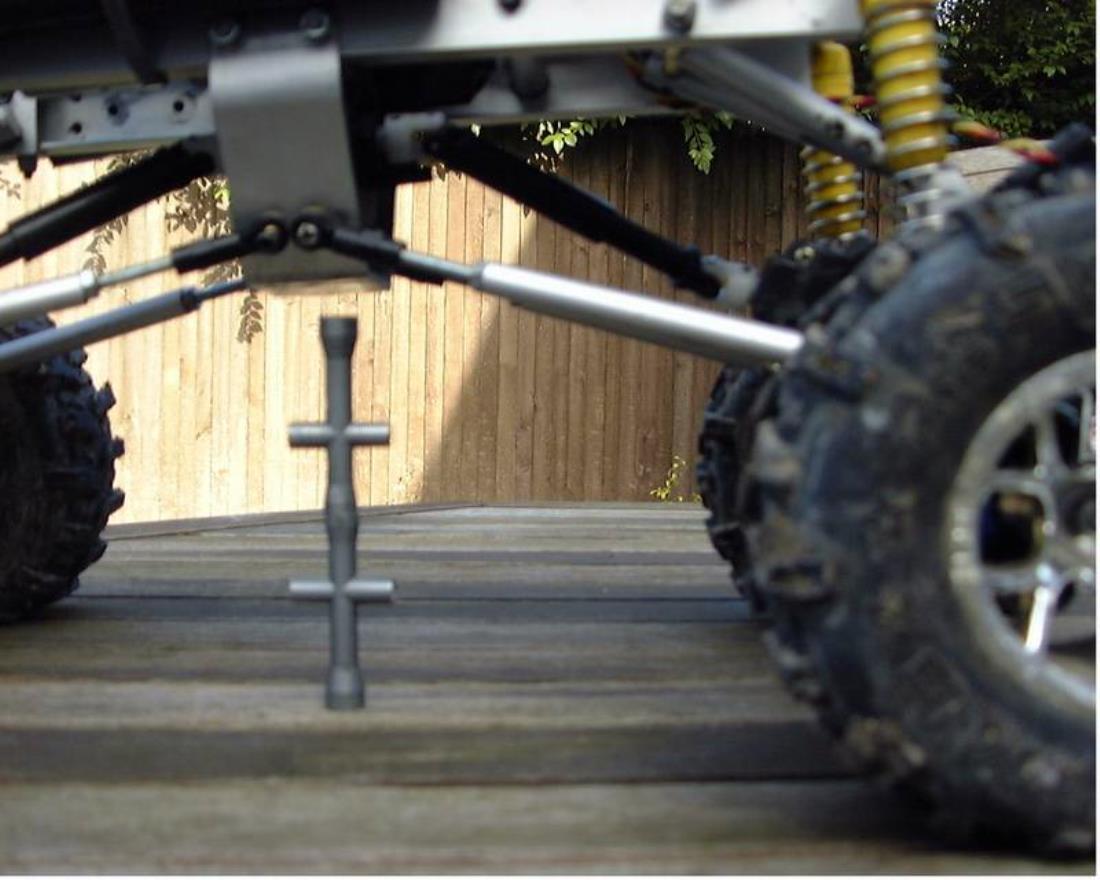 Great work again. I hope that the CoG is not too high.

Thanks technical.burp, the CoG is slightly better than before but it is still higher than I'd like but not much more I can do. It is the motor and transfer box which sits up high but that is same as most shaft driven crawlers. Longer wheelbase has really helped climbing up and down steep inclines.