A few more pics of the modifications made to the original design.

The skid plates were made from 2mm thick aluminium bent around 8mm dia bar to prevent tears in the metal. The skid plates run from the rear underside all the way around the front and up over the top. They also form the servo mountings and front suspension pin mountings.

The 'A' arms are now located on the axle using two brackets and a cross bolt. The original single bracket worked fine until the vehicle rolled heavily and it would bend out of position. This new bracket system has already proved strong.

I also modified the steering drag link to put a kink in it. This is deliberate as it allows the drag link to be mounted on the top of the steering uprights and still clear the central skid plate/gearbox housing. Mounting the bar above the arms increased clearance significantly under the front diff.

Also shown here is a pic of thunderfoot next to my daughters thundershot chassis. Remember that thunderfoot uses 80% of a stock thundershot plus 40% of a terra scorcher as its main components. - is thunderfoot the most modified thundershot on the site?! 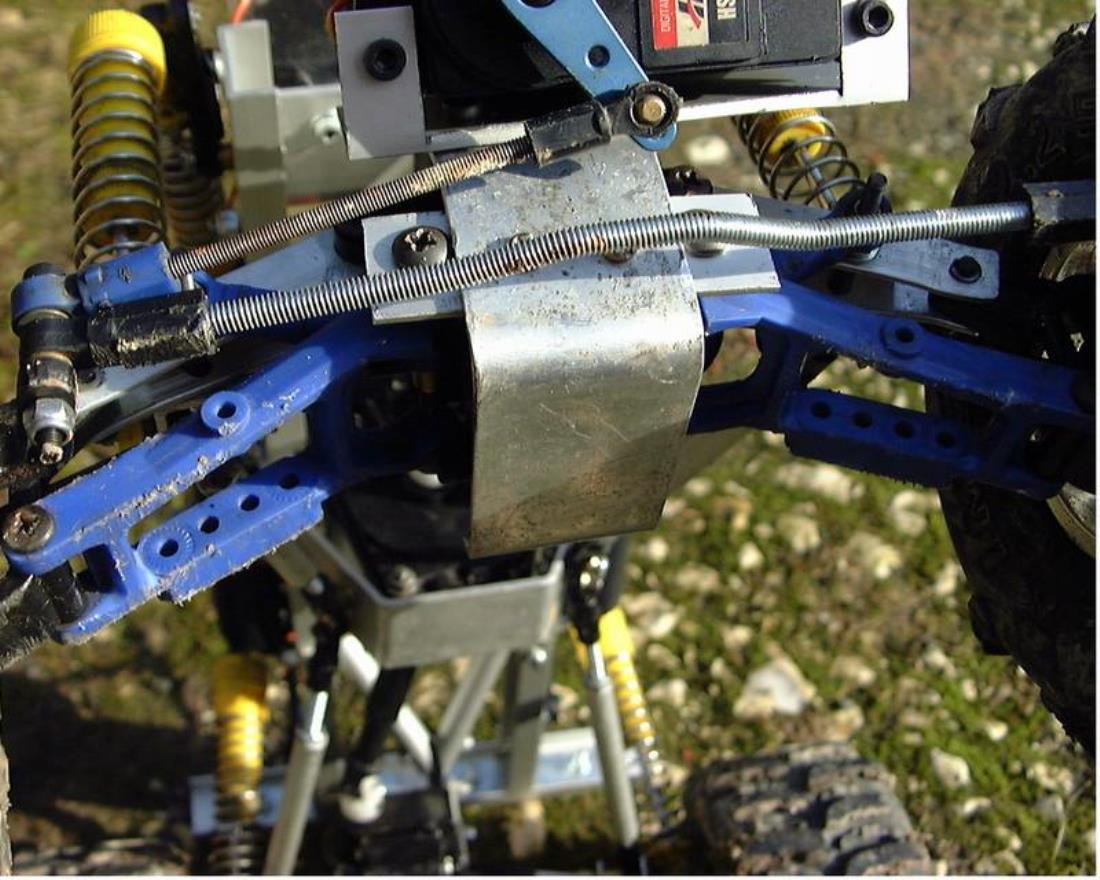 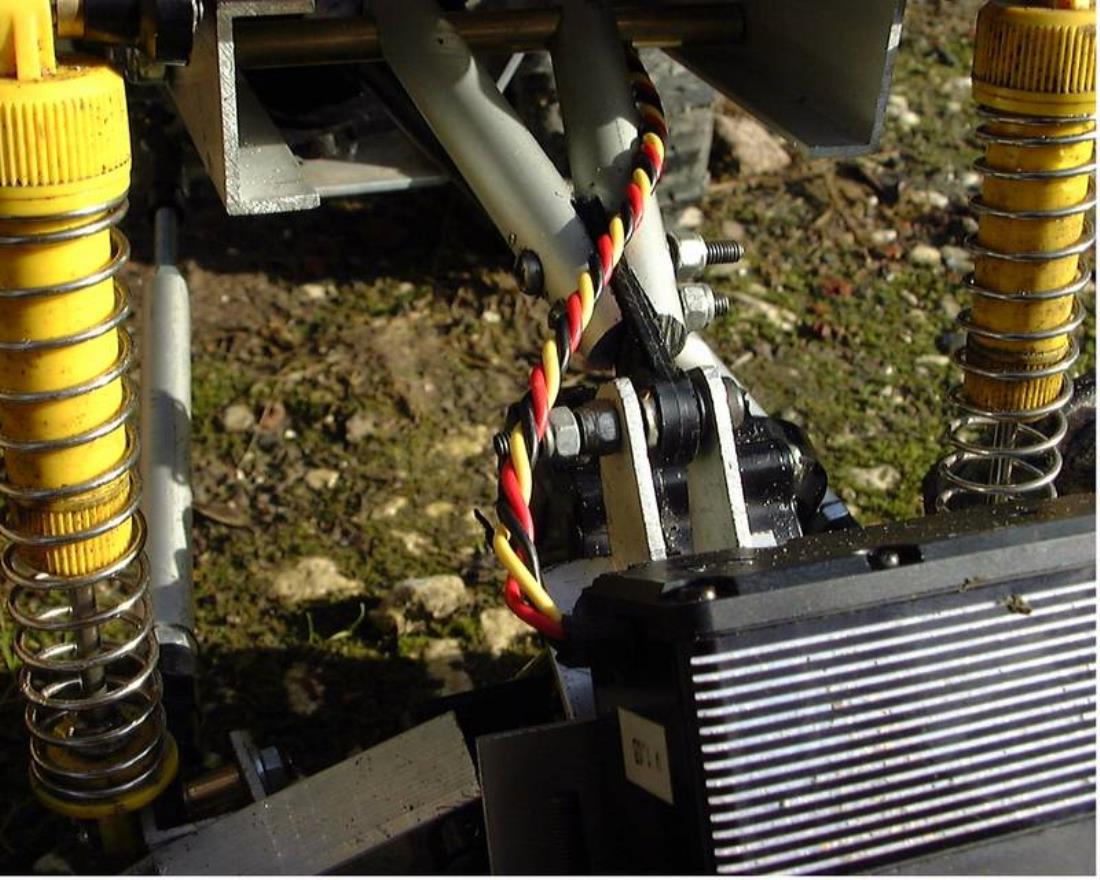 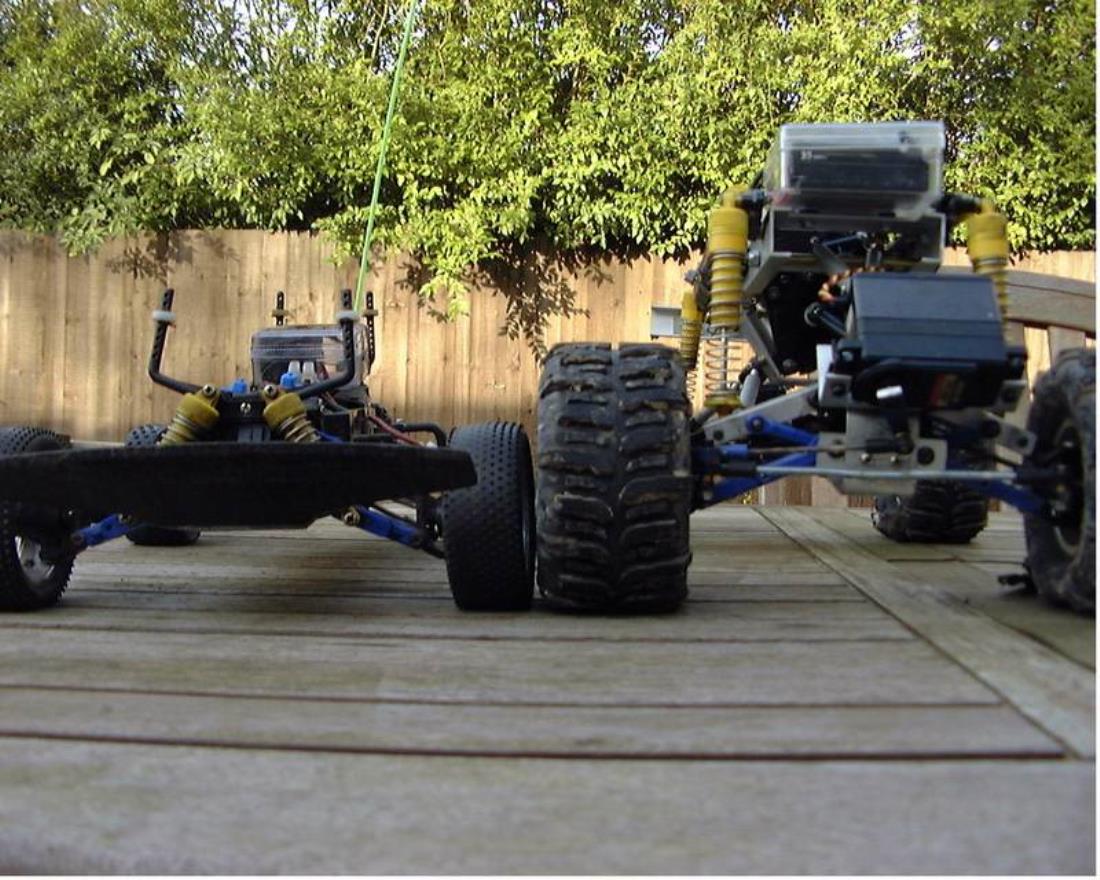 Next to a nearly stock thundershot 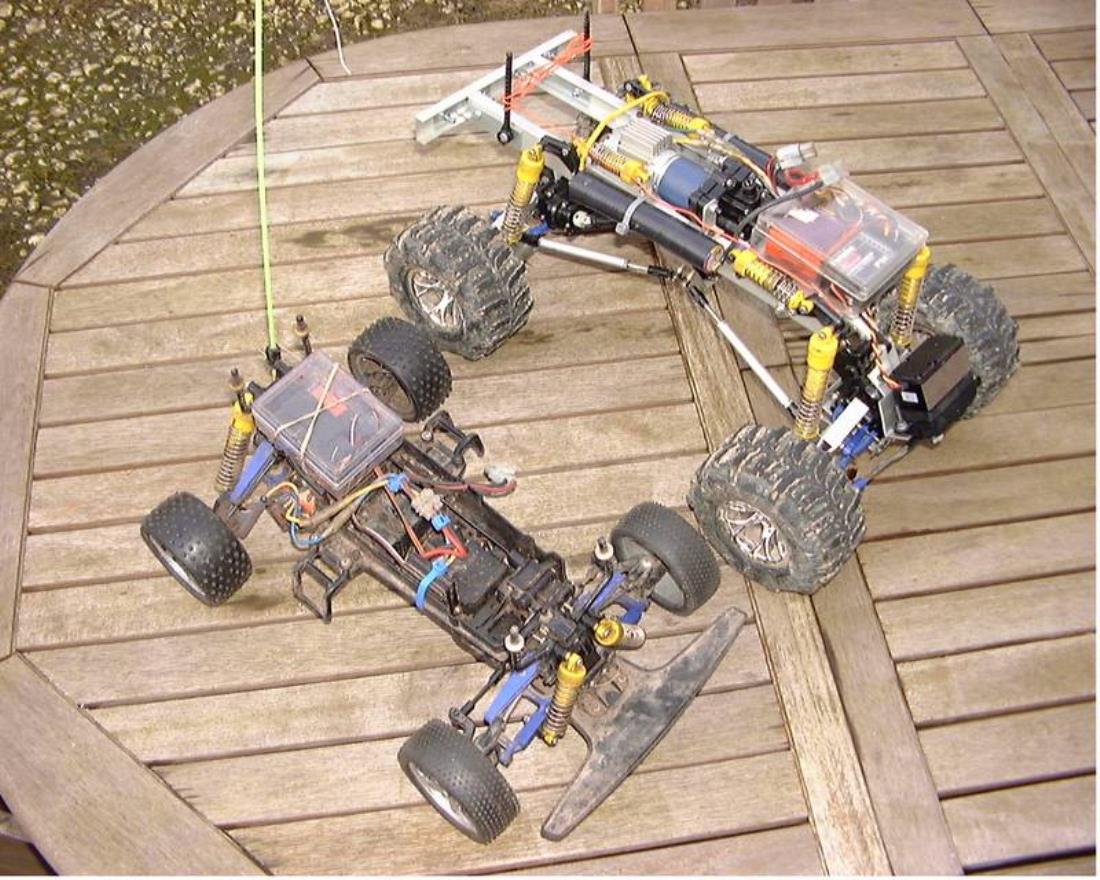 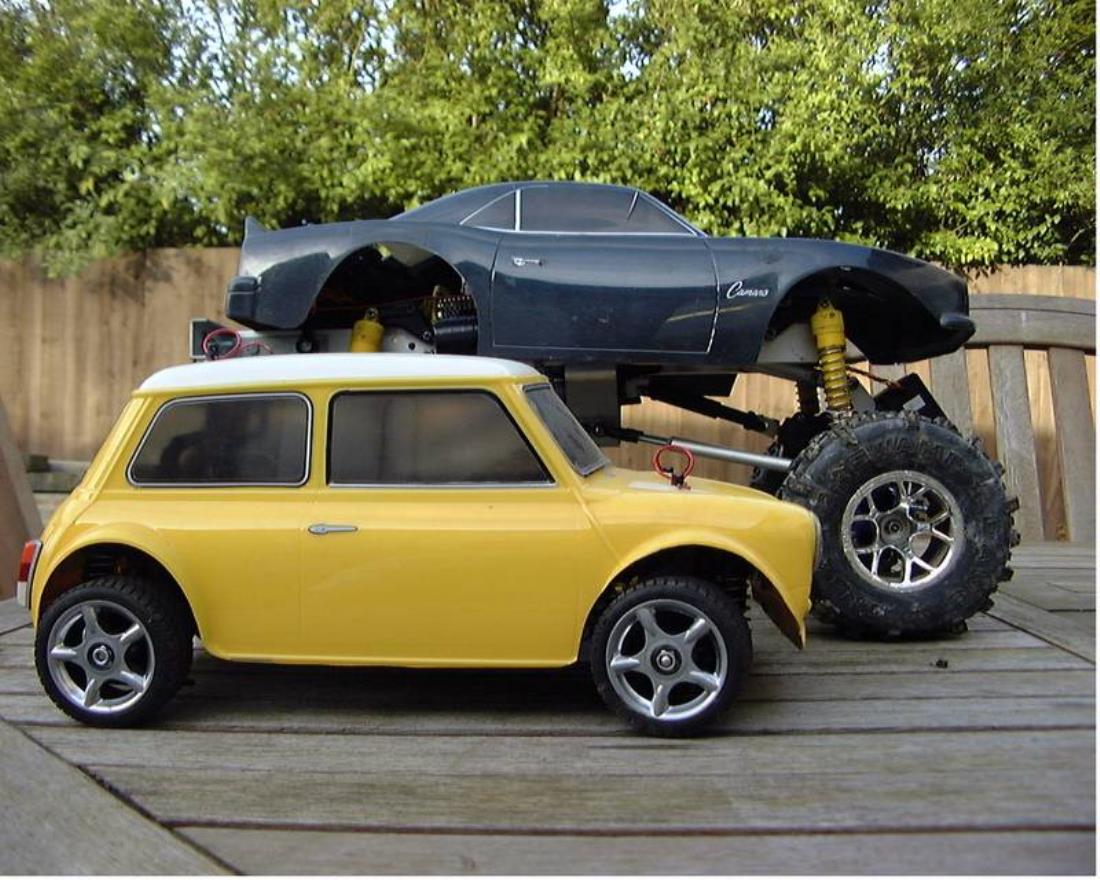 How small are those minis! 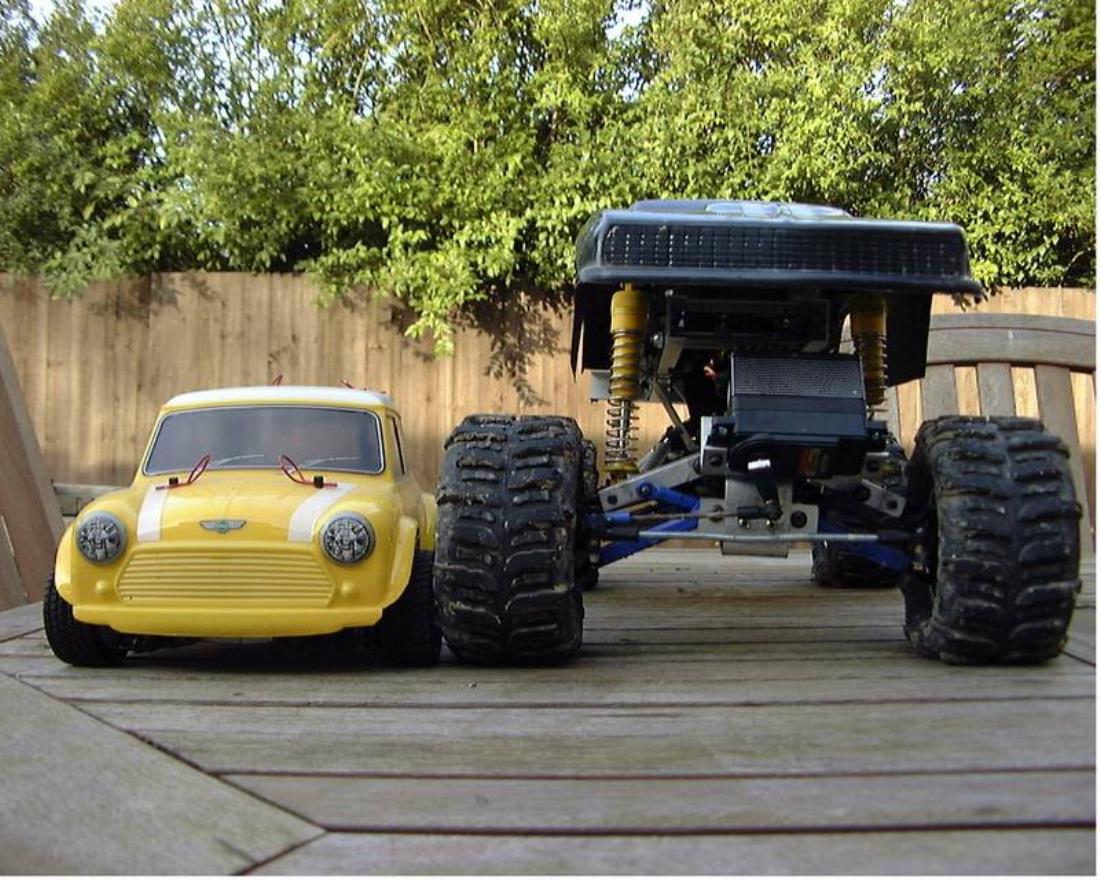