I bought this poor specimen of a 'car' from a woman in New Jersey. That sad tale can be seen elsewhere in my show room, as well as the before pictures. I have a lot of hop-up parts for this chassis, as it is one of my favorites. This body was the first one I tried using nitro fuel on to strip, it came from Airxtreme, thanks Anthony. As a matter of fact, so did the front pair of shocks as well. I found the chrome wheels on the bay along with the tires. I bought a really cherry old radio and set for under 20.00 US because they are the pin type connector, but that is what I wanted for this look. The rear shocks are a hop-up that came with the car, and even though I have the correct tires, it had this type on it when I bought it and in memory of that, I put new ones of the same type on. I have everything to make it back to stock including a KAMTEC body and a new sticker set, which I imagine will be, you guessed it, pink and white. In the mean time, I rather fancy this look and considering what went into it, new trans plates, new gears, bearings all the way through, new drive shafts and both ends, new rubber boot, new matching screws, well you get the idea. I passed on several nearly mint Frogs to get this one back from the dead in spite. I was taken and mislead on the deal and it ticked me off, so I finished it. My wife and bank account wish I would have bought one of the others and pitched this one! LOL! Well it's off to work on the Vanning Integra, not that it needs much! 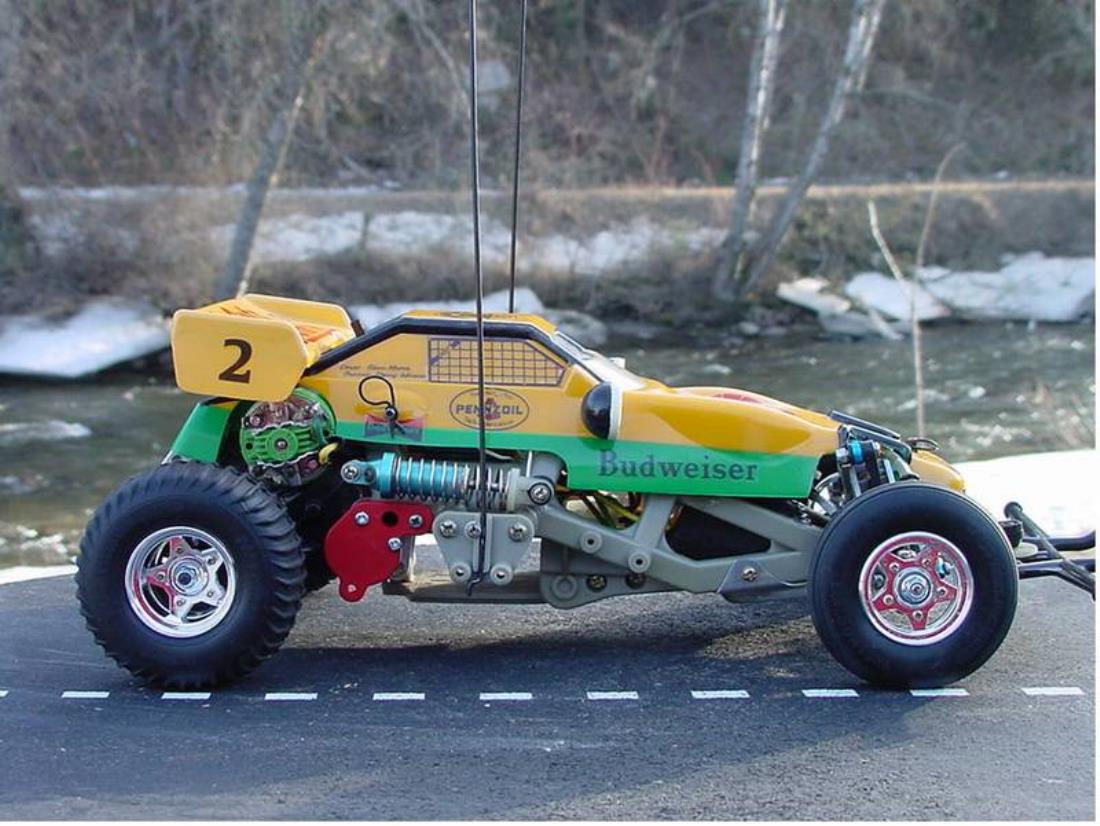 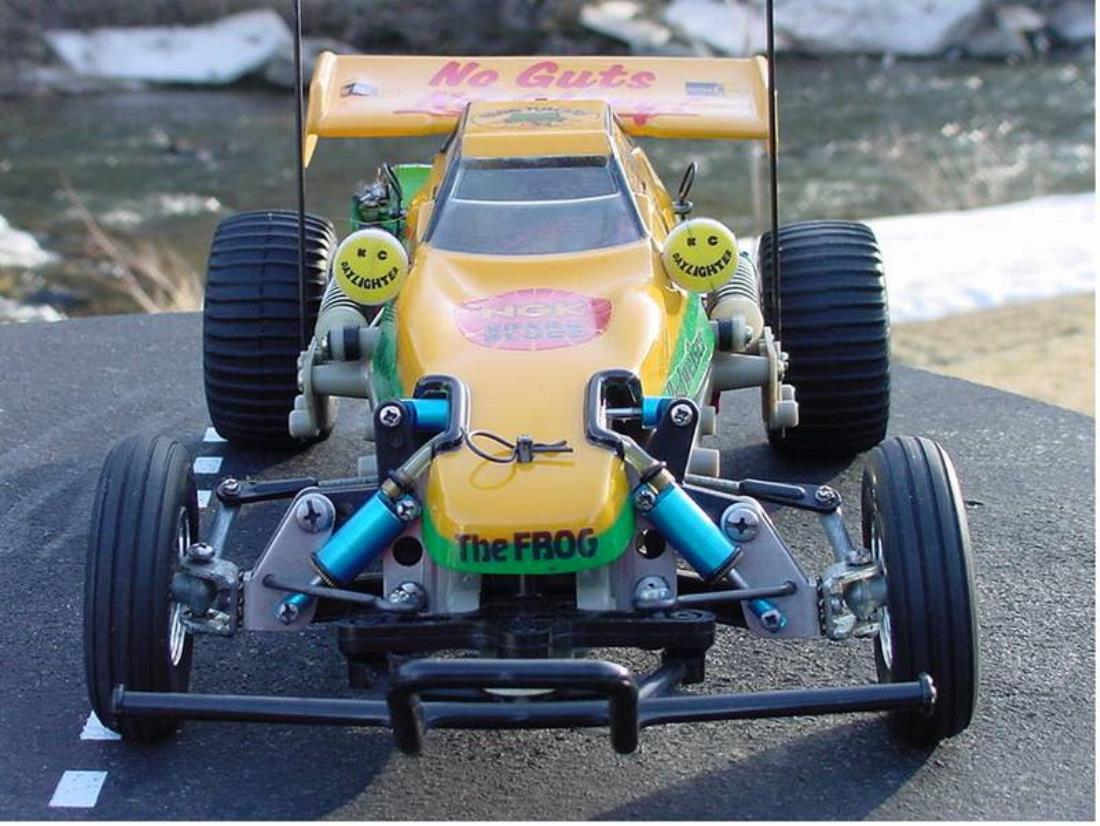 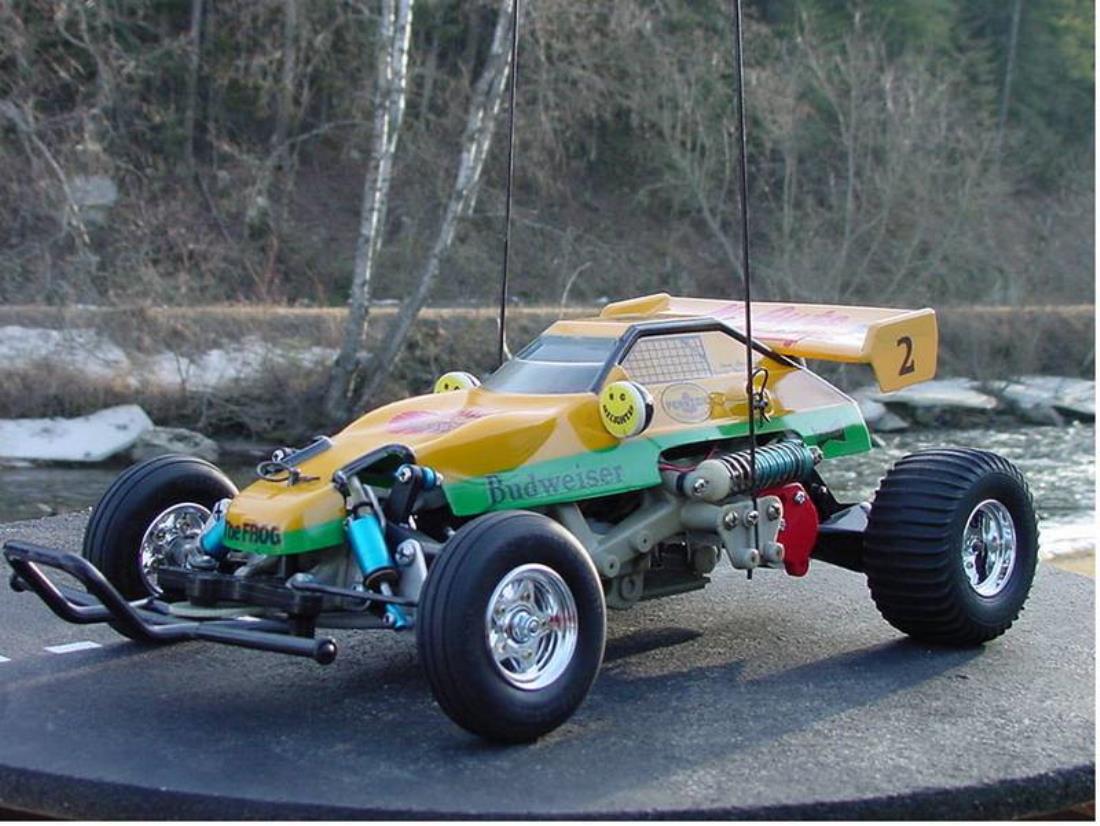 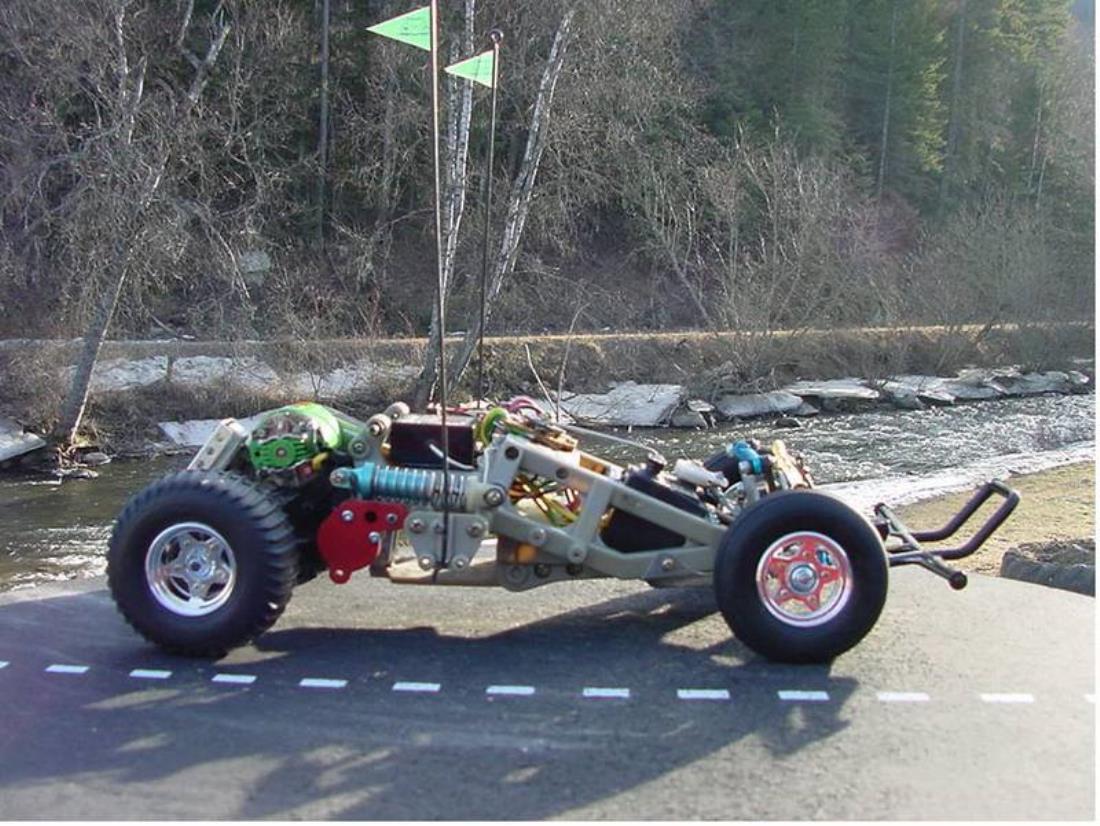 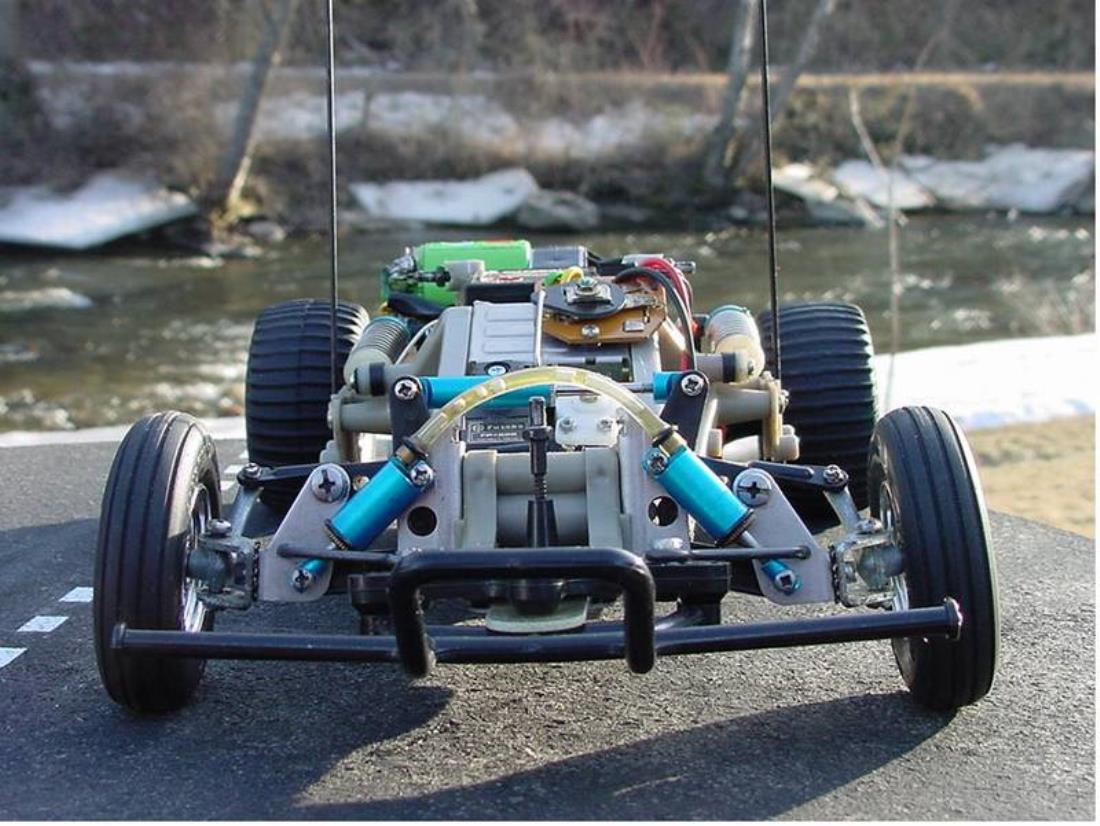 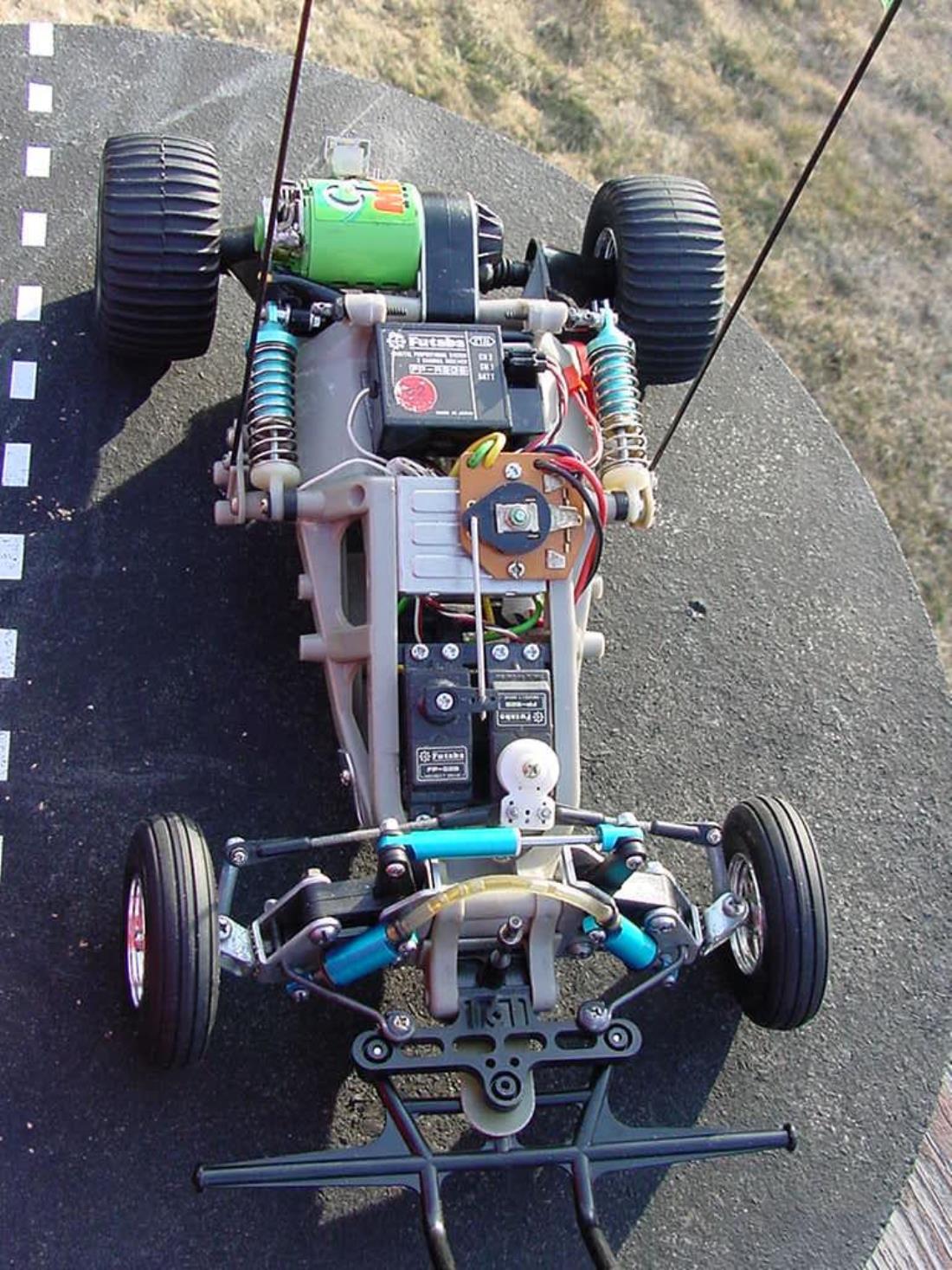 Great looking Frog! I think the chrome wheels and damper setup look very trick. I know what you mean by taking the long (and expensive) way out- I've done it several times, but sometimes the process of restoring is the real reward anyway.

As usual Bradd, very nice! I like the shock set-up you've got on there.

Impressive Froggie SBJ... nice bling bling on that. Good to see someone else goes 'around the Cape' to get a nice car...

Looks great! I love the chrome wheels on these cars. Good for you saving another vintage Tamiya model

I always like the hop up front shocks on these. It has to be rewarding to take a lump of coal and turnit into a diamond!!