This is one of my favourites, and it's not even a Tamiya! It came from the local auction site and cost me the grand sum of NZ$40 (about GBP15).

For those who don't know, Fujimi make plastic scale models like Tamiya. At some point they obviously thought that they should give the RC thing a go, just like Marui, Otaki et al. The result was this car and a Celica Turbo (If anyone knows of any others I would be interested to know).

The chassis is similar to the first Tamiyas, and even nicer (in my opinion) because of the black anodising. At first glance it is very similar to my Black Porsche - same front bumper, same steering setup, same body mounting, similar engine pod. But there is no attempt at suspension like the rear of the Porsche and , interestingly, it has a lexan body. Interesting because Fujimi make injection moulded plastic model kits, but didn't use the body from one on this. In fact there is almost no moulded plastic in this at all.

The Tyres are foam, the wheels are excellent, the rear bumper is wire and the MSC is the largest I have seen. Has about 5 steps each - foward and reverse.

This car is in really good nick, but - it has obviously been on show in a sunny room, because all the red decals have almost disappeared (there are two vaguely white circles on the green part of the bonnet which are NKG Sparkplug decals), and the greens and blues have suffered as well.

The worst thing is that the body has been painted on the outside!

I don't have any plans to strip it, because I don't think I will be able to find any new decals for it and it still looks excellent as it is.

For more pics have a look in my TCphotos showroom: 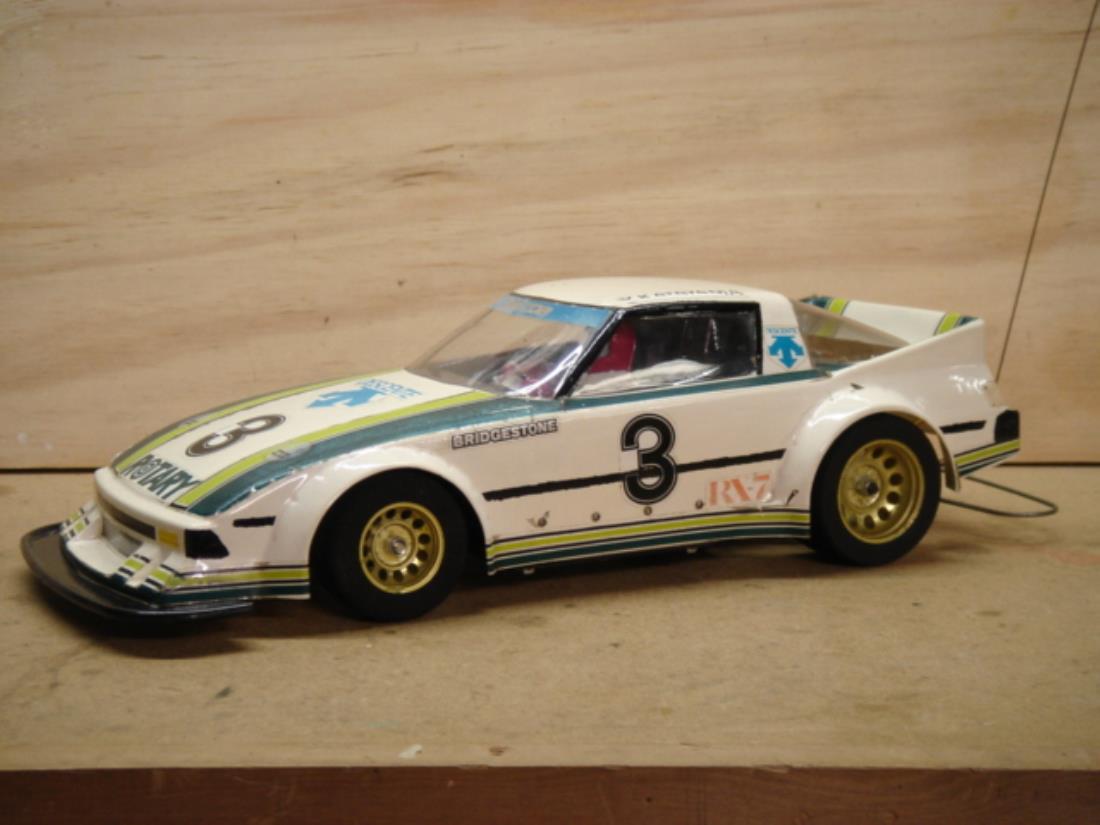 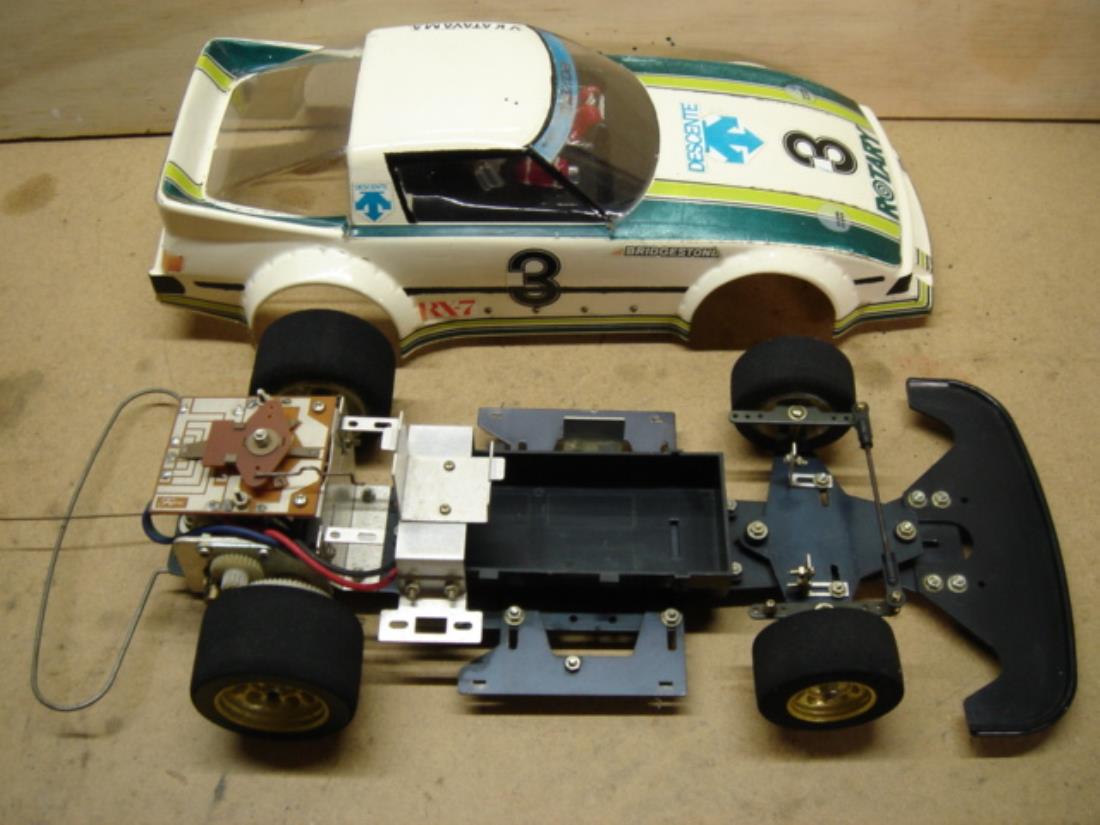 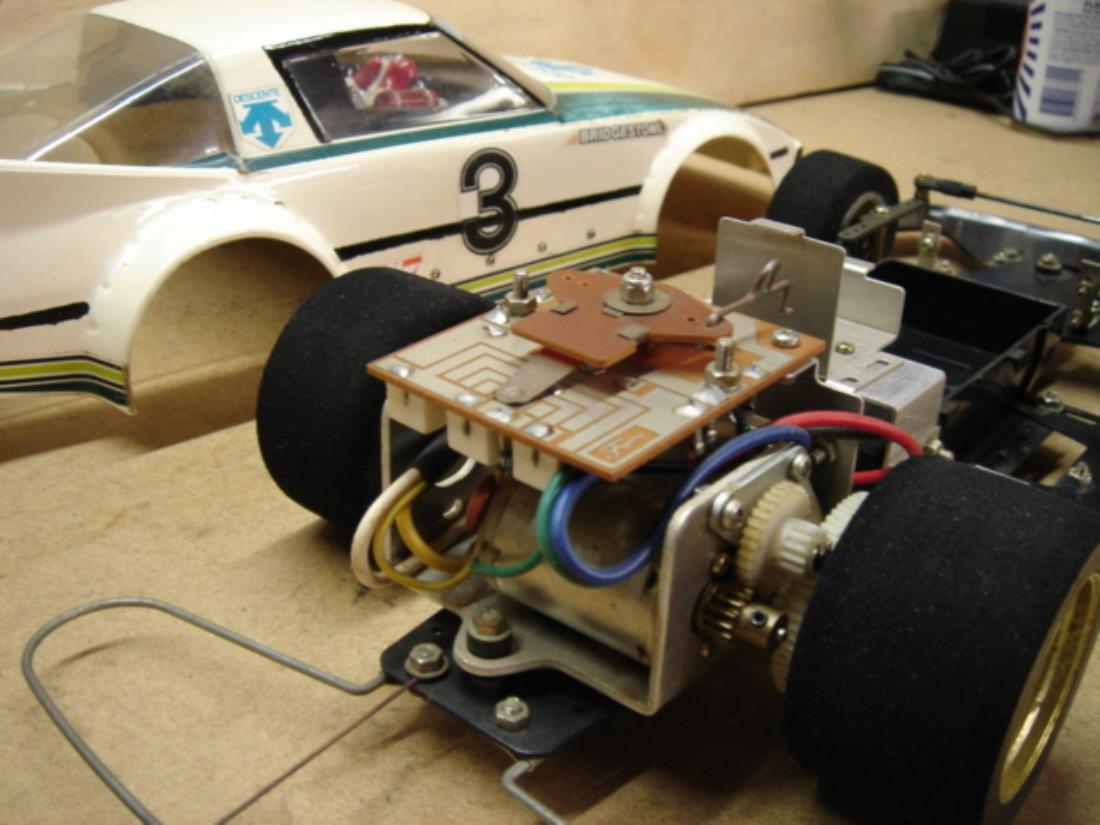 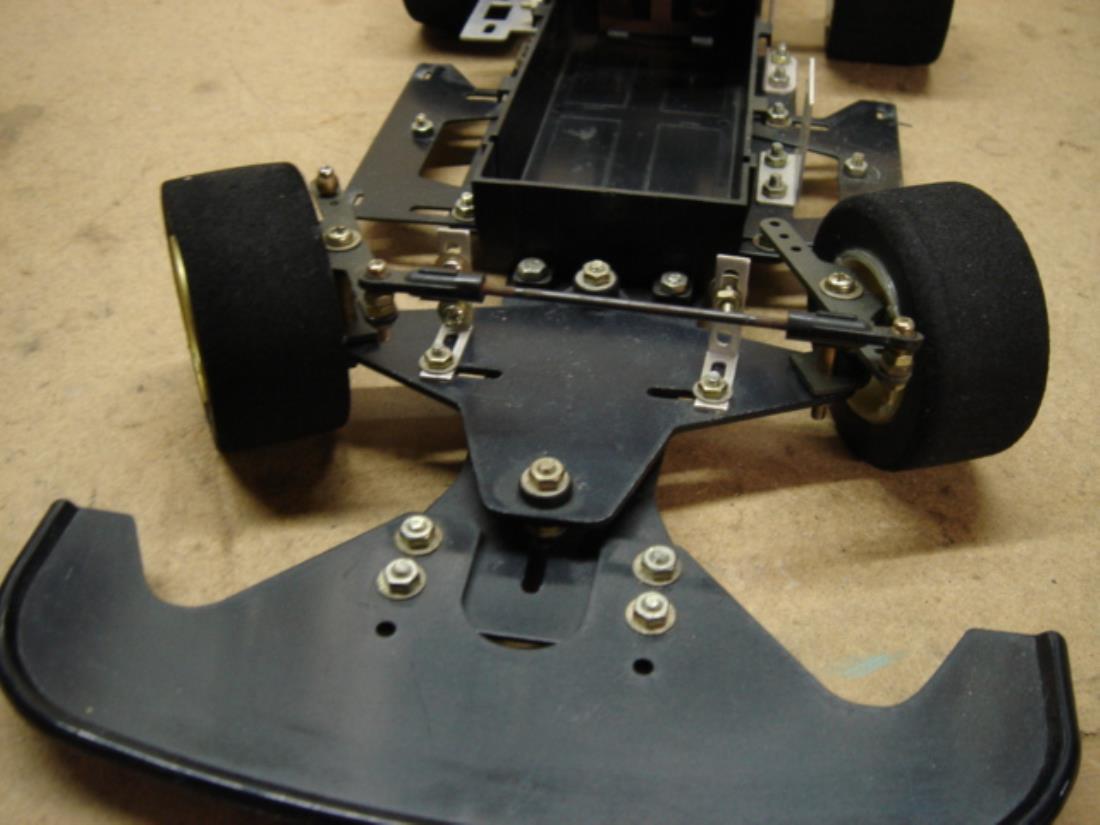 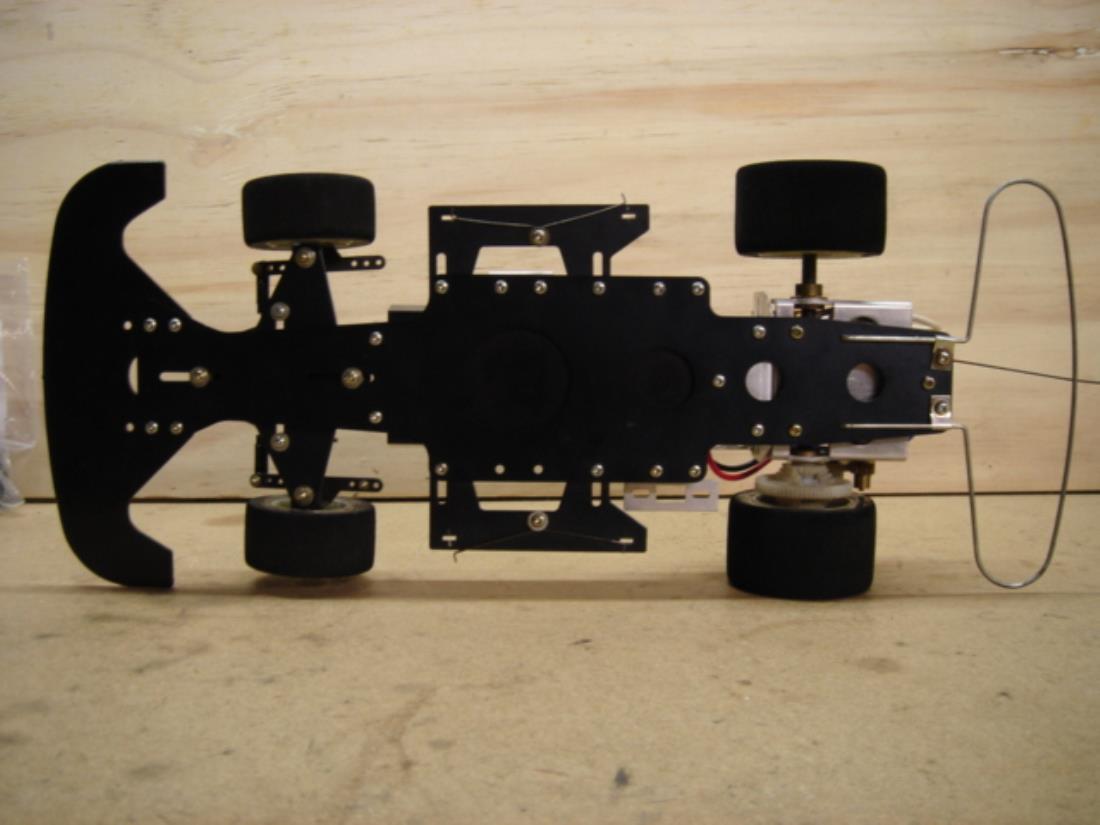 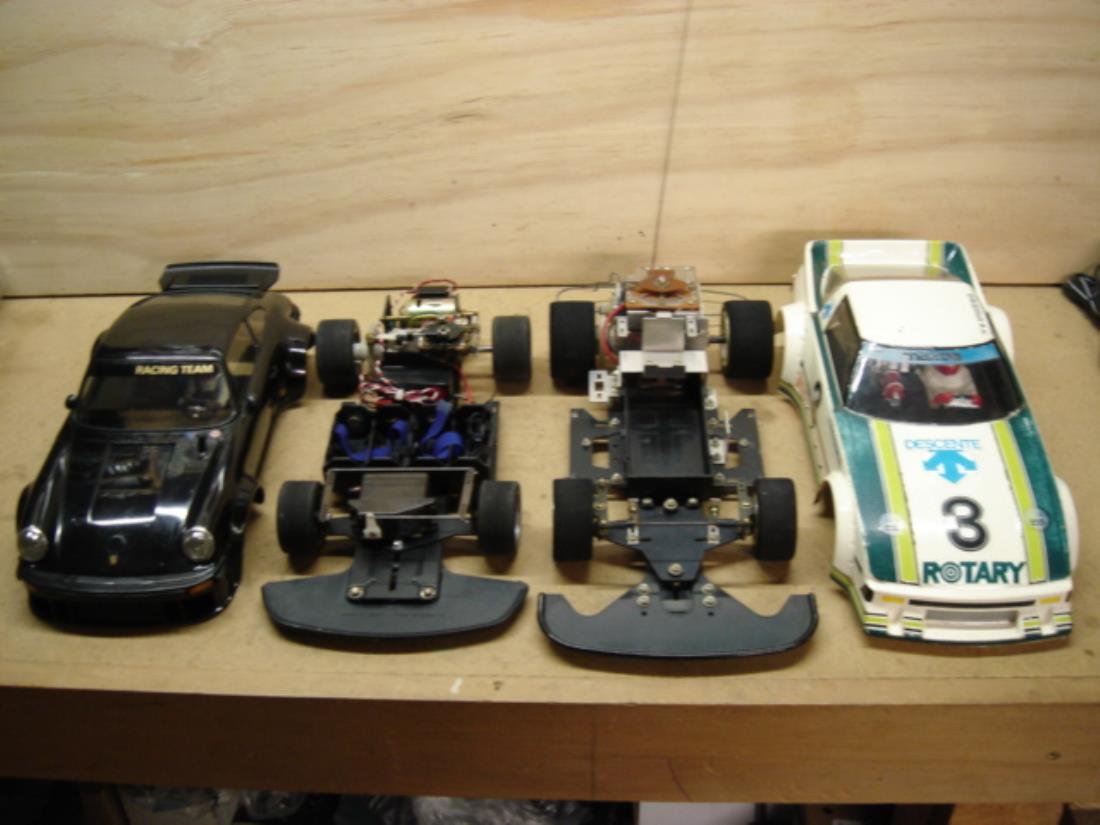 Well written review- I enjoyed that and love the car. It doesn't have to be Tamiya to be good- great to see some other makes on the site.

Oh man I knew i should've bid on this, Oh well glad its gone to a good home. Very nice ride and im not normally into this kinda stuff but this is pretty kool.

I have always loved the look of this kit. I have been looking for a NIB for quite some time with no luck. Nice one!

Nice matey.... you're only the second on TamiyaClub to have one of these!! Mine is up for sale on eBay, if you want to see what the box looks like, or would like a photocopy of the instructions, let me know. Guess they only sold these down here in the colonies... lol...

Cheers Alex! yes a copy of the manual would be most useful. Hmm.. that box looks nice too!

Very cool looker you have there Don. I hope you find decals one day so it will look even better properly painted.

Cool! these cars are very nice! I wonder how was their performance as compared to the Tamiya 1/12 cars..