I used to own a real one of these, but had to sell it when my wife complained that there wasn't enough room for her and the babys' car seat at the same time! I think that was unjustified really because the baby seat would fit on the parcel shelf behind the seats. Ok, so you had to make sure the kid was wrapped up warm when the top was down... .

Anyway, I had been looking for one of these for ages, and as always happens, I suddenly got three at once (still waiting for that to happen with a Mounty).

This one is new-built and has never had radio gear in it. The British racing green looks good and I have painted the wheels with plasticote chrome, which comes up a nice alloy finish. The top has been painted on the outside to give a flat black 'soft-top' look.

When I got it, the tyres had so much foam stuffed into them that they looked like balloons!

The second chassis has been built, but the body is as yet uncut and unpainted.

The third one has been sold on.

I got these before the re-release came out, and I was always a bit disappointed that the wheels on these ones are the second version that came out on the real cars. Mine had the original wheels, which are similar to the Mini Cooper wheels. I was very pleased, then, to see that the re-release has the original wheels (even if they are black), and the box art colour is the same as my original one. Needless to say, I have a re-release as well (still nib ) .

These are sold in NZ as the Mazda MX5. I think it is only the US that they are called the Miata, and in Japan the Eunos. Here in NZ the Eunos is a completely different car. 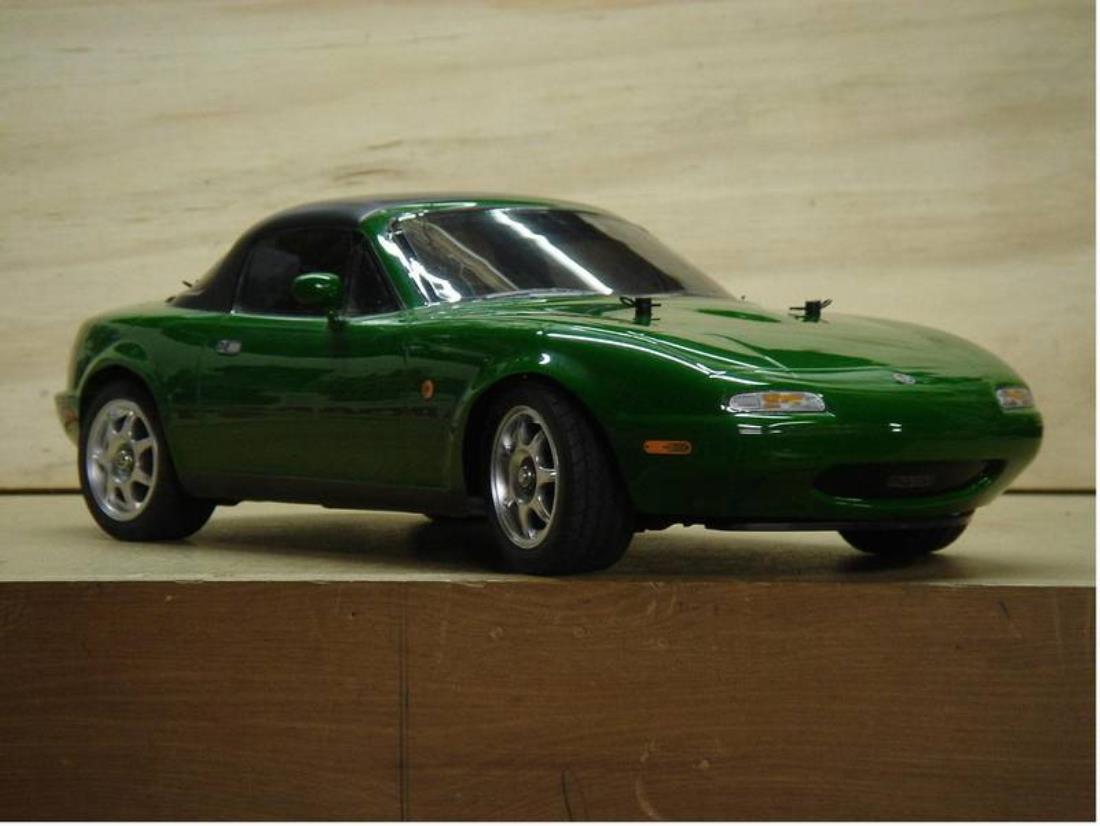 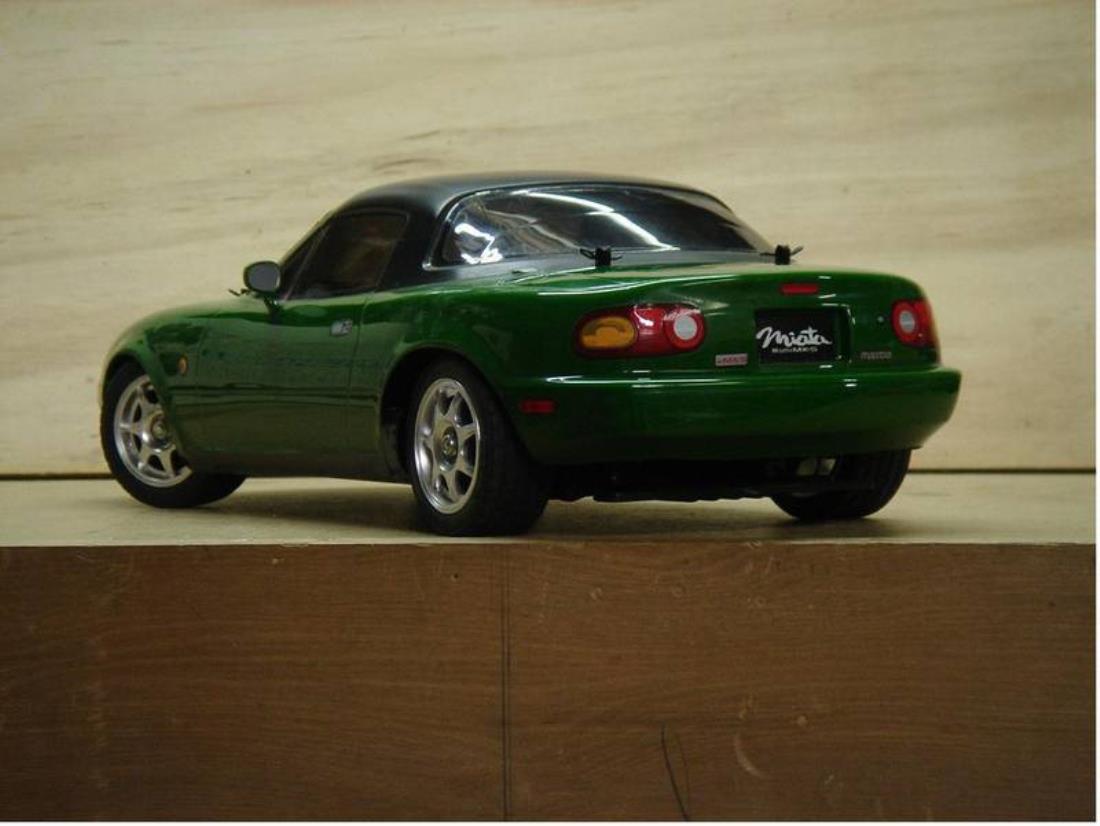 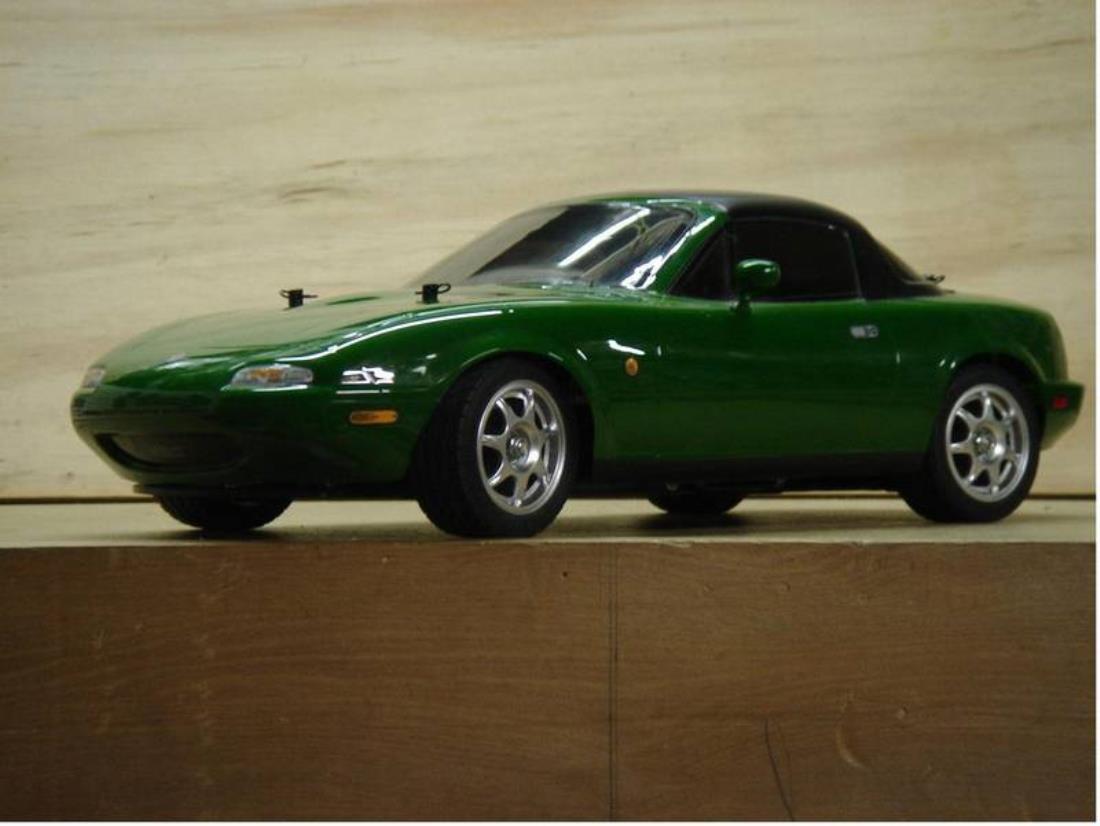 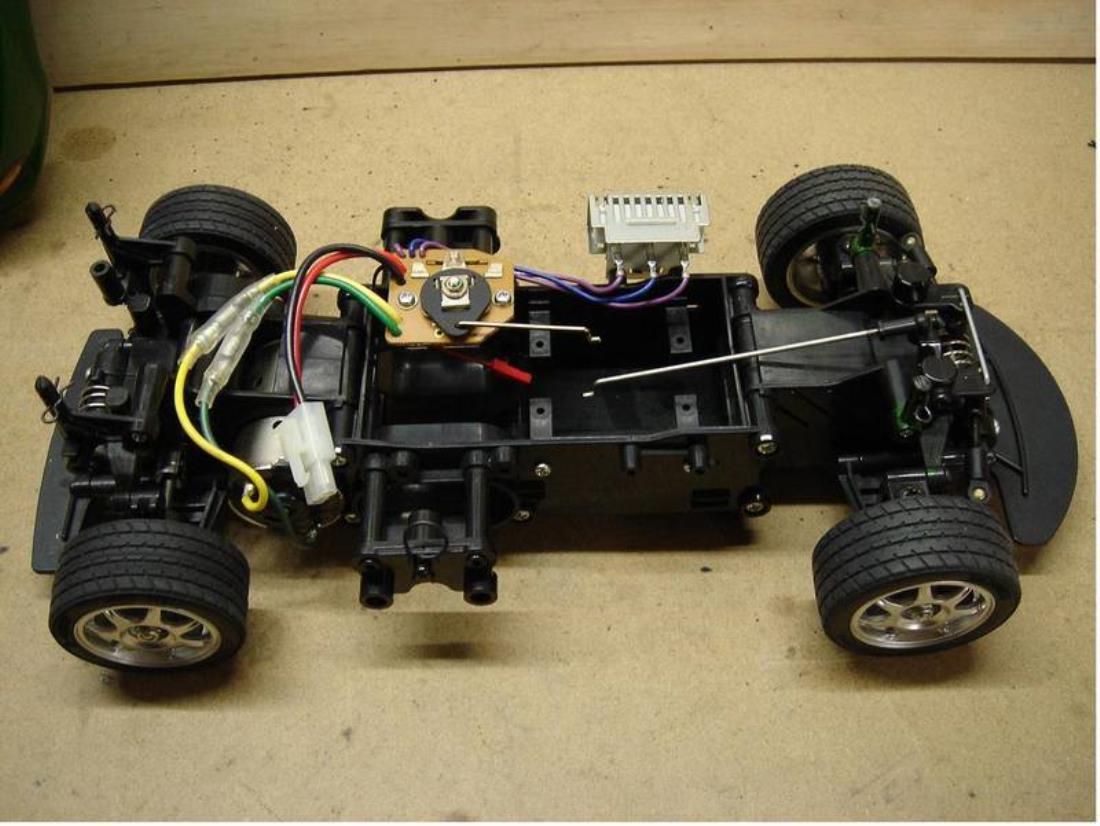 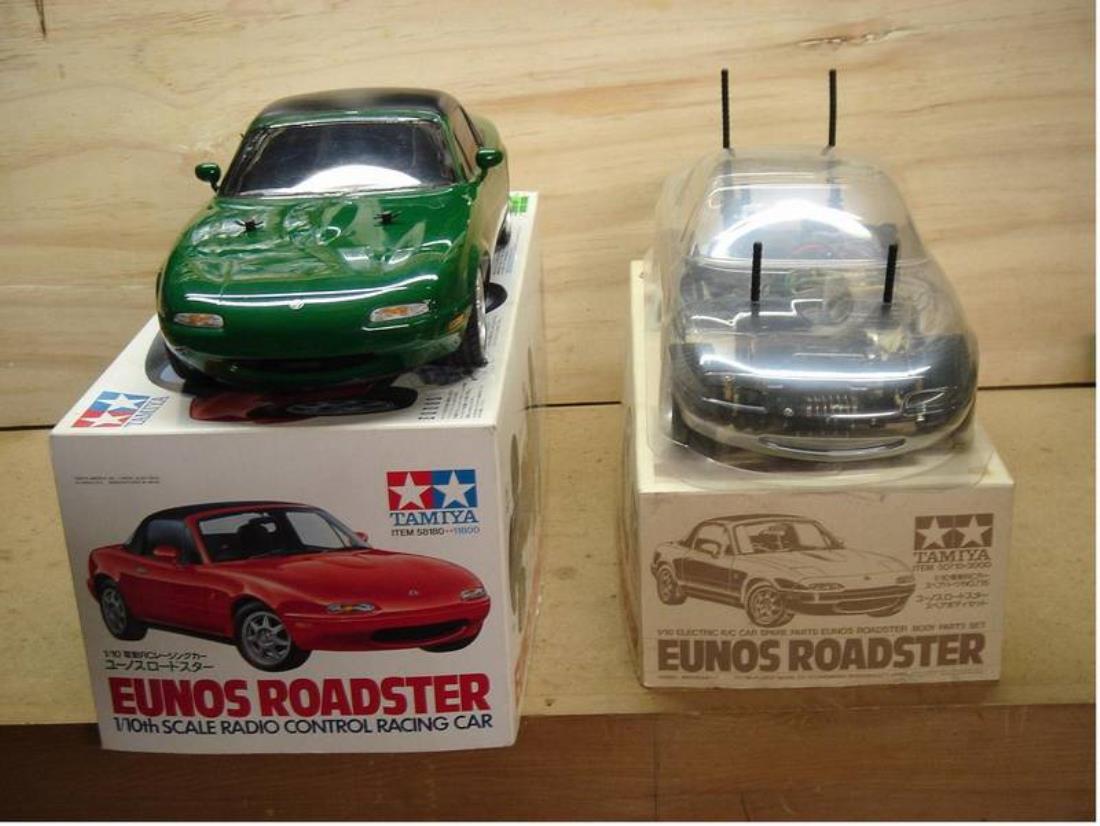 Nice car. I am a big fan of these cars and have owned both a real life Mk2 and more recently a Mk1 like the one you have here. I have a re-release awaiting construction and its a superbly detailed kit with the M-04M chassis being better than the original mono shocked M-02M imho.
Car does look good with the matt black roof, although if I was being picky I would point out that the Tamiya moulding is actually for a car with a hardtop on with the large wrap around rear window

.
Think I will be spraying mine black when its done with silver Minilite style alloys - these cars look great in black.

You are right - it is the hardtop. My real one only had the softtop, and I think they look better anyway. This is as close as it could be done, although I think the BRG coloured ones had a tan coloured top.

Nice. You have it spot on - my friend had one that was almost identical! Nice work on the black hood

Nice One Don, Youve done well to get featured in the 'Have You Seen' Section. Looks sweet