I bought this as my first car of the year. It was also my first nitro car. It had taken a while to identify it, but we have some very knowing guy's and girls out there and before too long we knew what we were up against. It is one of 3 cars that Sankyo produced. The Sigma Ace was the first model, followed by the G-11 and finally the Lambda. The G-11 came with a BMW M1 body and a buggy body called the Baja 'Panther'. I think the Japanese like the word Baja, it is used in a ton of names. Not too long after I bought it, the only other one I have seen came up minus a body, but everything else including the stock engine, but with issues. It also had the all illusive manual. After trying to find out anything about it, one of our blokes in Sweden came up with the original decal sheet minus the one that goes on the hood, or bonnet as it were. I am having them duplicated, they are just too rare to use. I completly striped it down and to my amazement, it has all steel cut gears ridding on real ball bearings. The half shafts are nearly 7/16ths of an inch thick and the drive pins in the balls are held in with set screws and are almost an 1/8th thick. It is way over built. The box chassis is formed sheet metal of about 16 guage. It has a rather unique trailing arm, super stiff spring suspension with no shocks. It came with a nearly perfect body and no other accessories, like lights and steering wheel and nurf bar and the other goodies like a driver that make it look like it is real. One of our lads made the driver, and he worked out well, Purple Rob made the steering wheel, I knicked a set of Scorcher tail lights and a set of Frog headlights that I machined off sets so they would sit straight up and off the body like the Manx this is modeled after. Then what color to paint her? When I was a kid, there was a fad in the 60's of shortening VW's and putting these Manx bodies on them. Most were a metal flake color of some kind and so is this one. I used Testors metal flake lime green over a gold base coat, finished after 2000 grit wet sanding by Testors clear pearl. It is a nice effect and can be seen in the before pictures where the driver close-up is. I bench tested the reliable O.S. .32 Heli engine, which is way over kill for a buggy that was recommended in the manual for a .15 to .19 engine. I drove it for the first time today after installing heavy duty servos, a new receiver and a 1200 mah battery to make sure it didn't lose power. Needless to say, it flies and being rear wheel drive and back heavy, it will pull the front end up effortlessly, a little to easy. It throws great dual wheel rooster tails and will power slide with the best of them. Needless to say, it made this trip without the body. I am pleased with the way it came out, but I am noticing that it is taking me longer and longer to finish anything, I am getting too picky. Everything has to be just so, or I do it until it is. This is good up to a point, then it starts to slow you down too much and you never get anything finished. I have about 20+ cars to build now and keep getting more. I have a Serpent Specter coming, that should be interesting, thanks Tom! I found a NIB VECO .19, which is what the parts car had on it, so I am going to swap it out and give the heli engine back to Jim. Thanks to everyone that contributed to this project, I just wish it hadn't taken 6 months, of course I did a couple of 3 others, but this one was always next. Now I wonder what is next, oh yeah, the Turbo Optima Celebration! 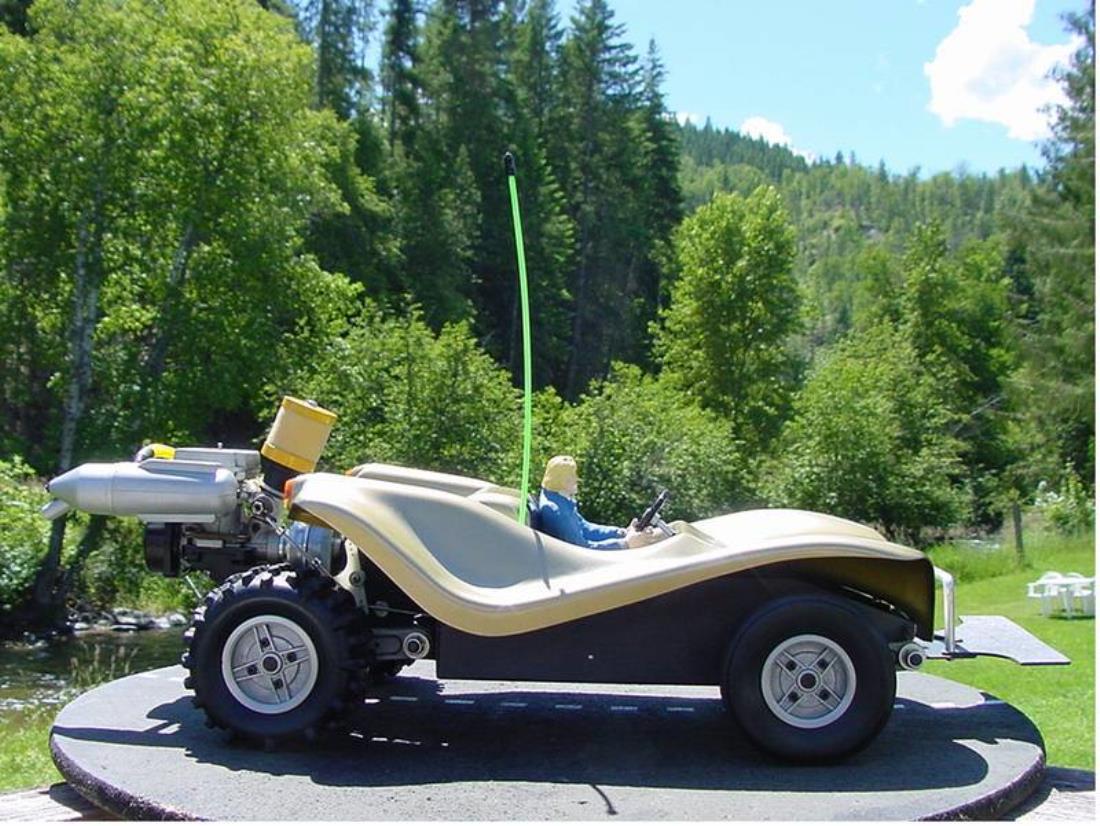 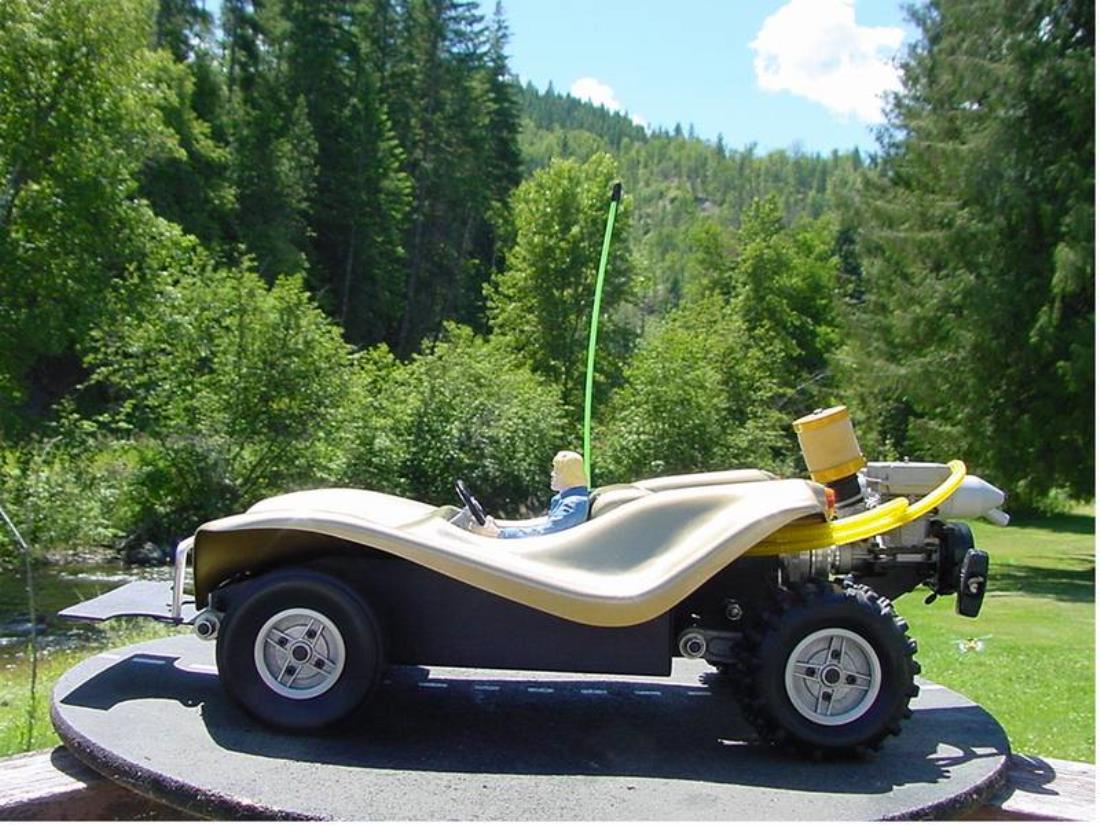 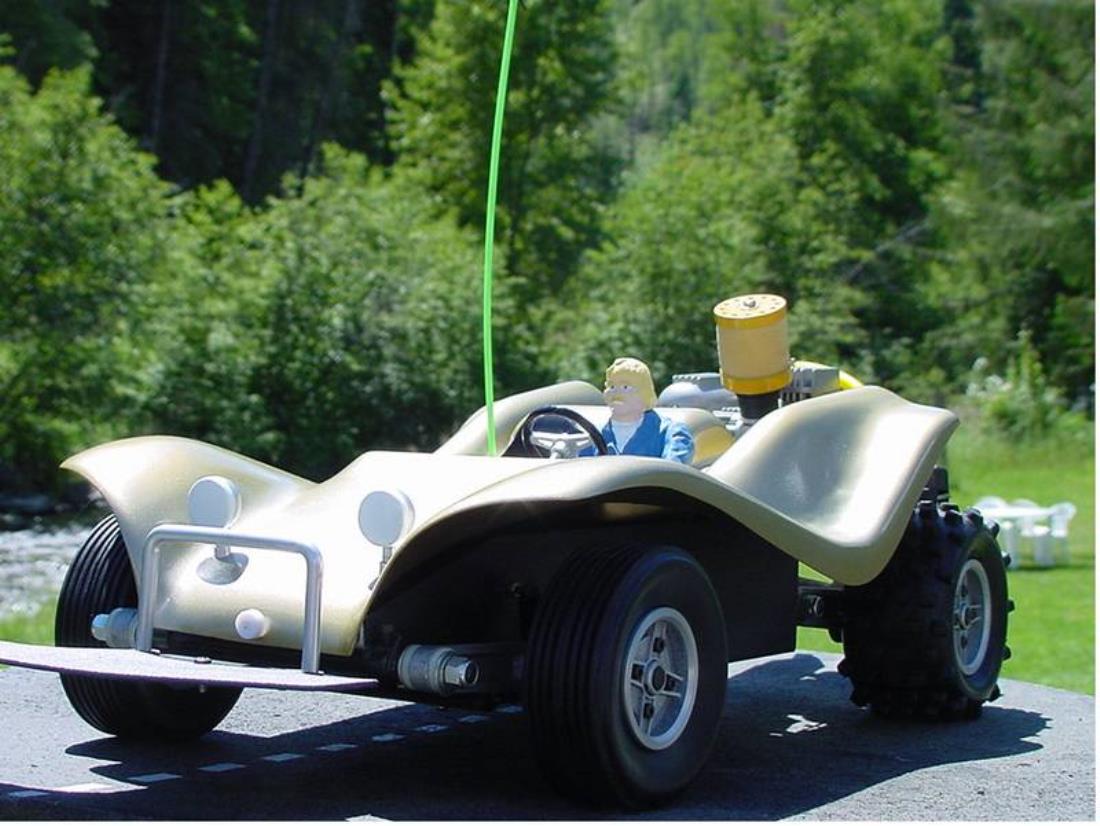 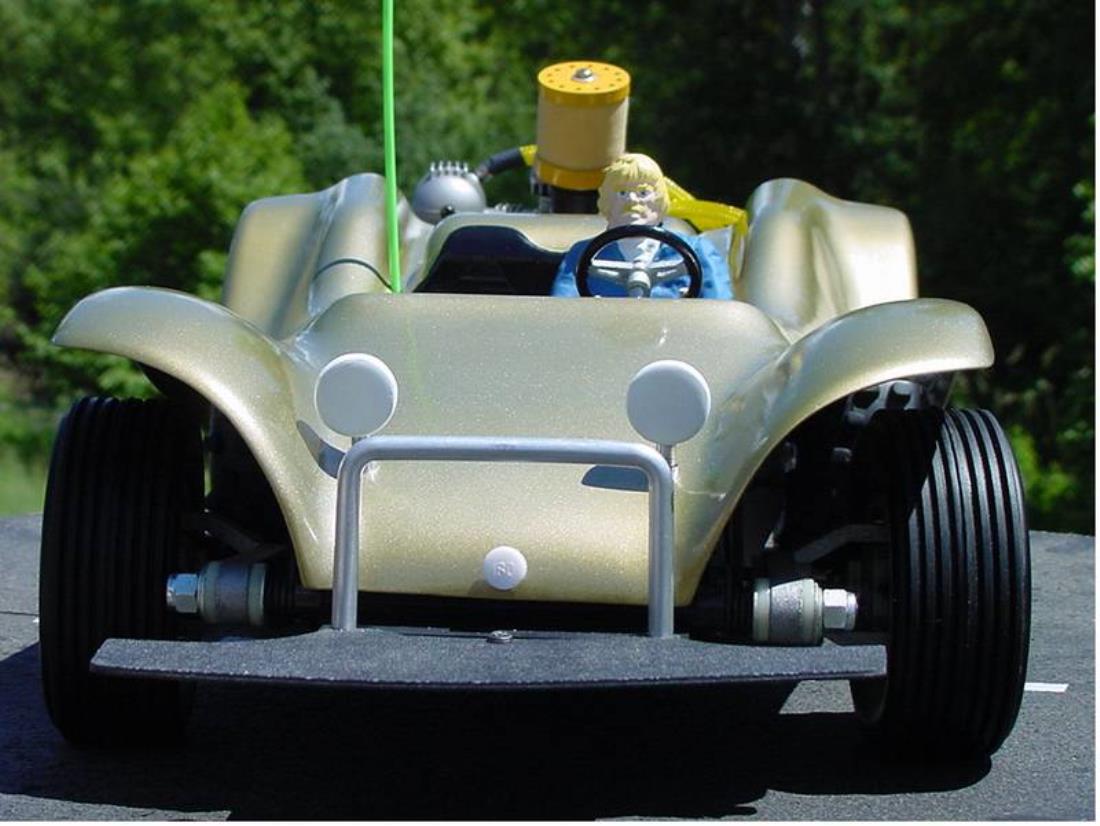 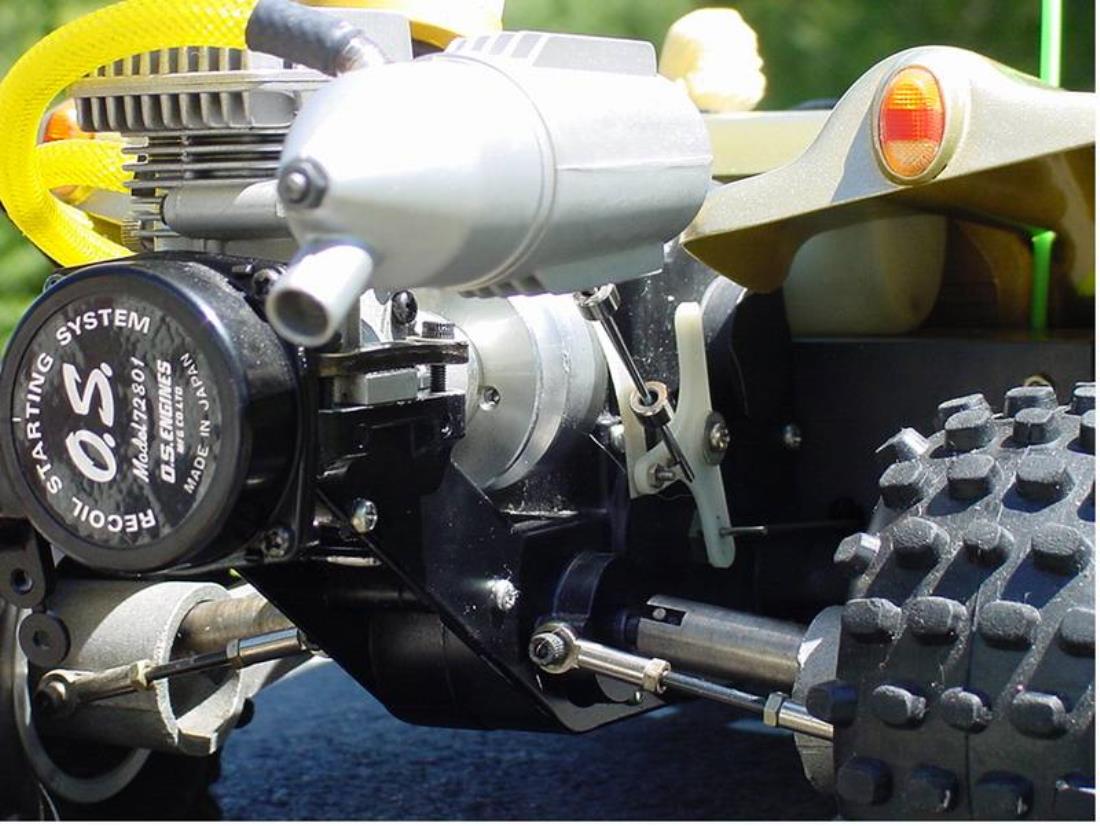 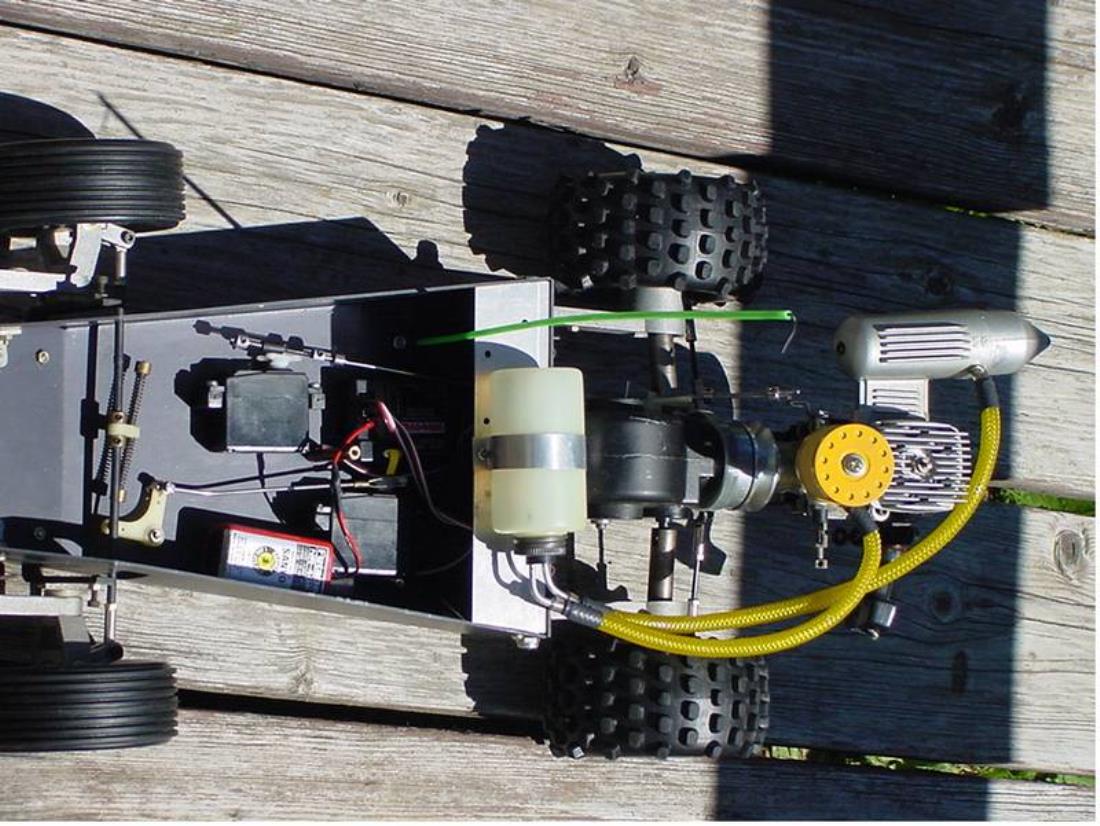 I like it! Great period colour and the driver looks great, even tho he might be a bit too small. Great restoration. Any chance of videos?

Nice! Looks like a he-man action figure (or at least his head)in the drivers seat

Thanks, I have another one on the way with the correct driver, one of our esteemed members made that head and I like it!

Hey, I have new body shell and battery box, metal wheels of your car. Do you want to buy as parts?

Sure! write my email address!

After years of pursuit, I find a few of this finally although not as complete as this one.