Bought from Scoobyben a couple of months back, after seeing his video and becoming convinced I had to have it! I've not done much with it since I've had it other than enjoy it and rip up my rockery, but a couple of new motors and a new shell are on the cards.

Oh - there is one thing I've done - it now wears a set of Super Low Friction dampers (also in gold, of course!).

Update: I've now got hold of a new body, which I've done in 'copper' (Tamiya colour). None of the detail on this body, apart from the badges and spotlight covers, are decals - I managed to do the whole lot with masking tape. The lights are radically different from the ordinary twin det decals because I've never liked the shape much. I much prefer the juggernaut look, which is what I've tried to do with my masking tape here.

Update: I've got the LEDs working now. I've got two 5mm white LEDs and one 3mm orange LED in each headlight and two 5mm red LEDs and one 3mm orange LED in each tail light. As it looks like an American truck, I was going for the American indicator look (ie they are always on). To house these LEDs I made up little headlight units out of spare bits of polycarbonate that I had left over from cutting out the body. These have holes drilled in them which the LEDs are housed in. I painted these units black at the front and white at the back. I left the headlights on the front clear, but I sprayed the tail light lenses with translucent red for a more realistic look.

I am absolutely chuffed with how well this has come out - the photos really don't do it justice! 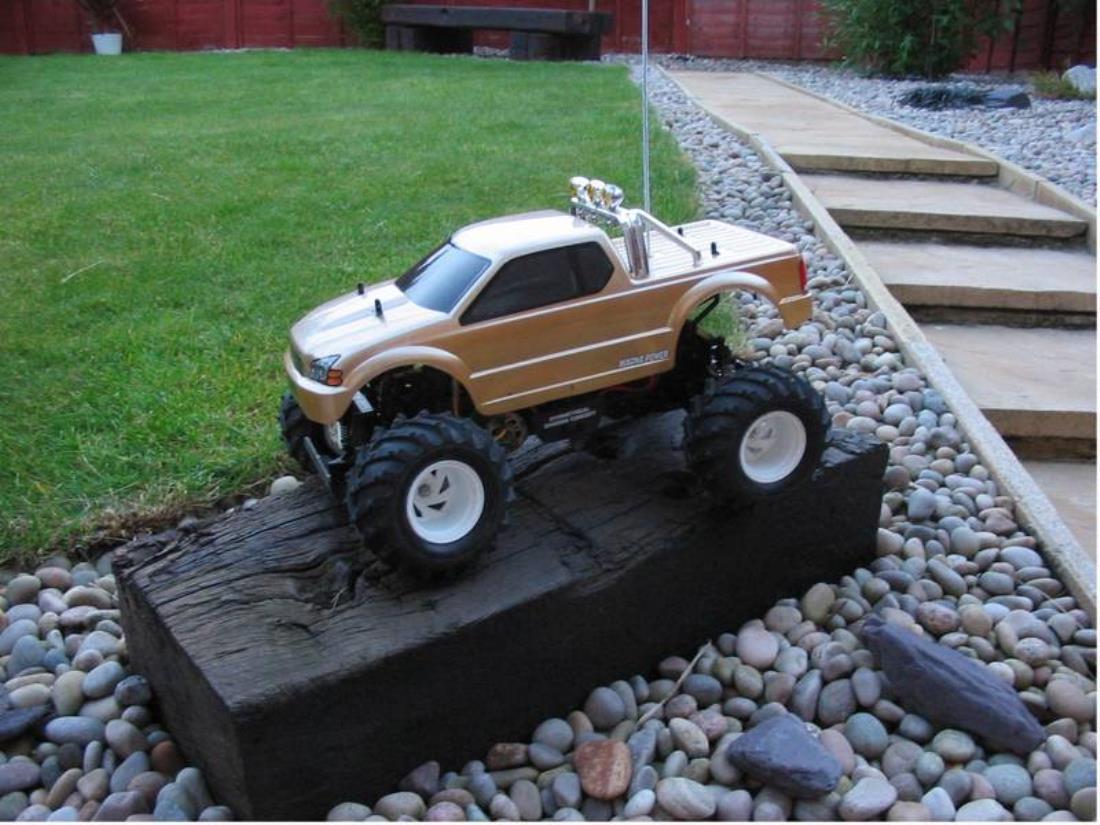 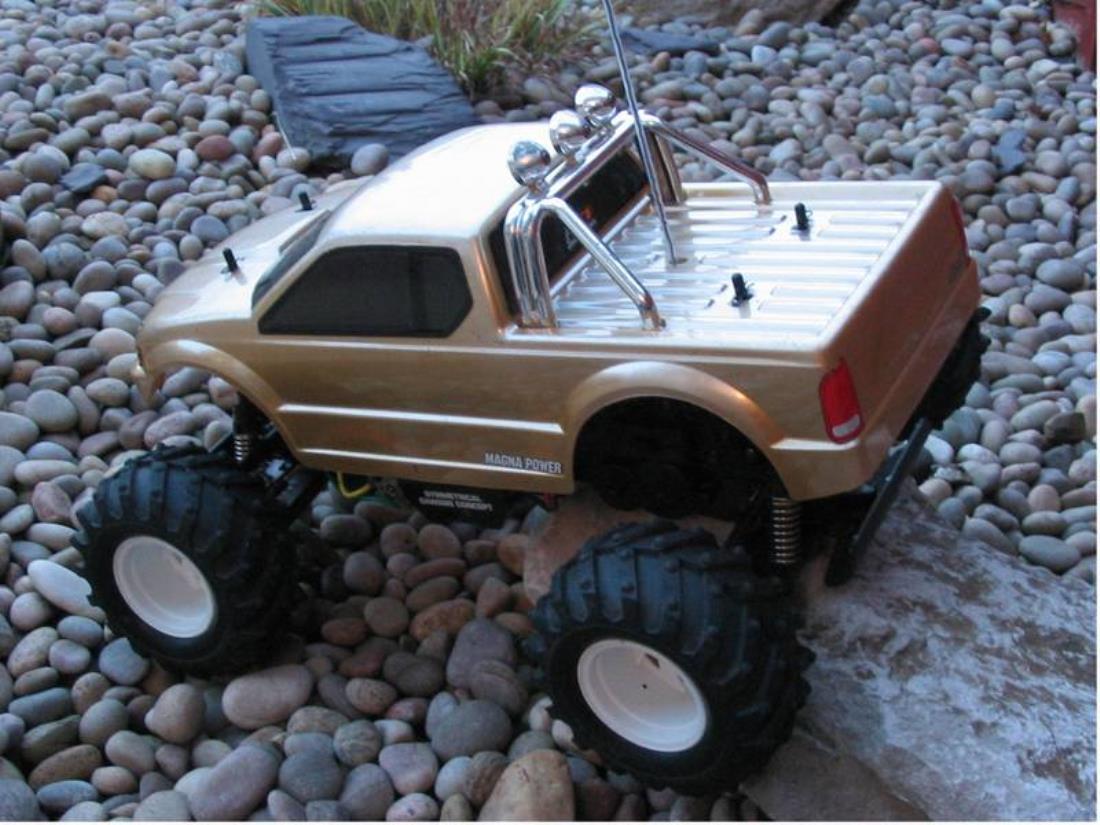 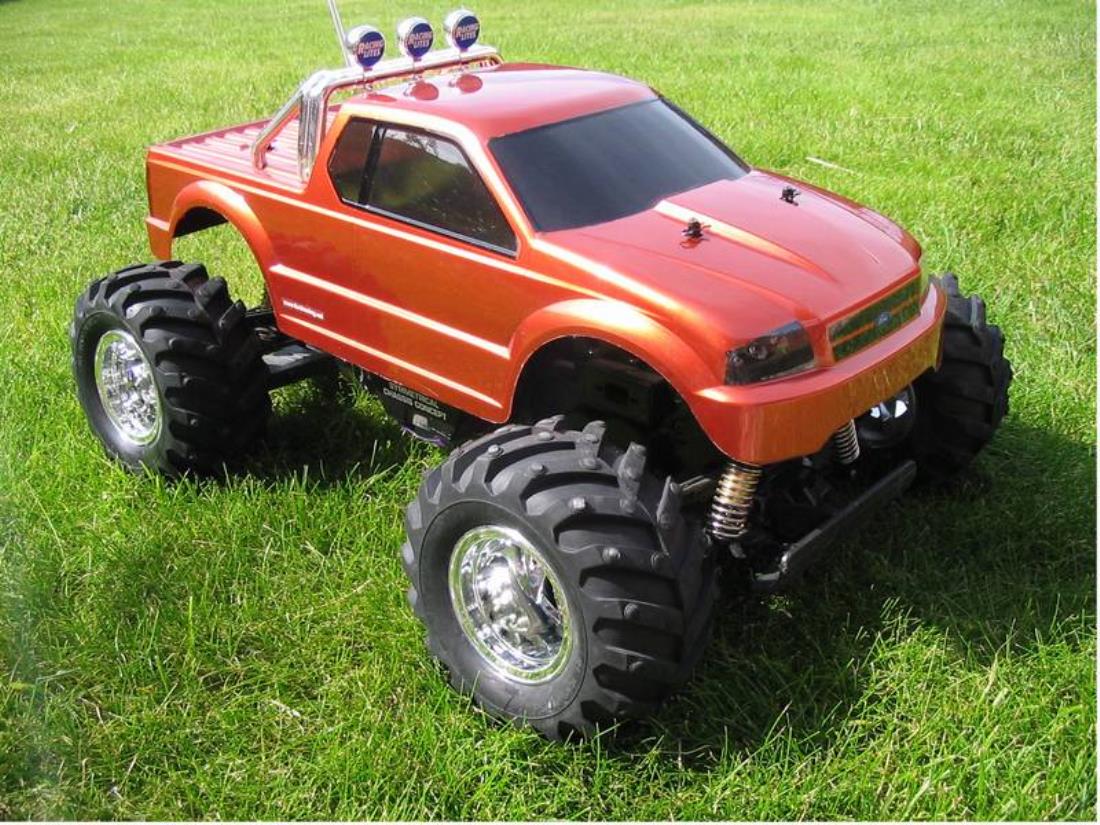 After - with new body, roll bar and rims 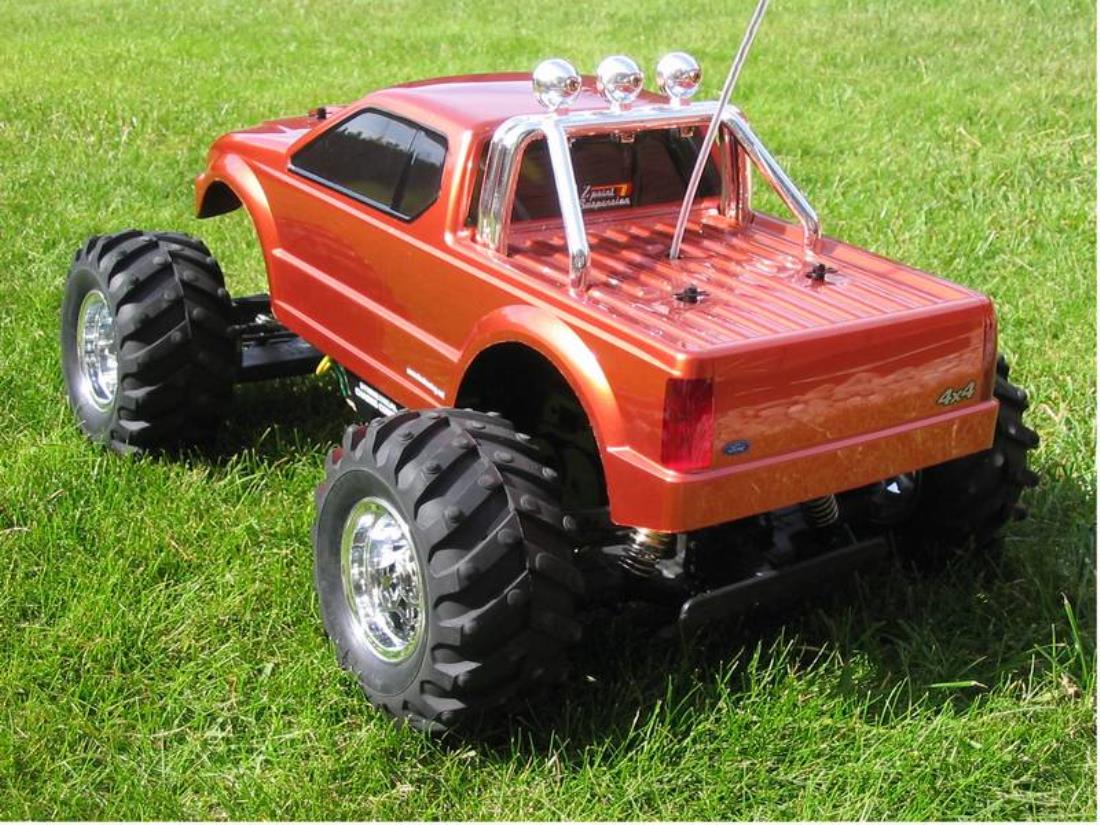 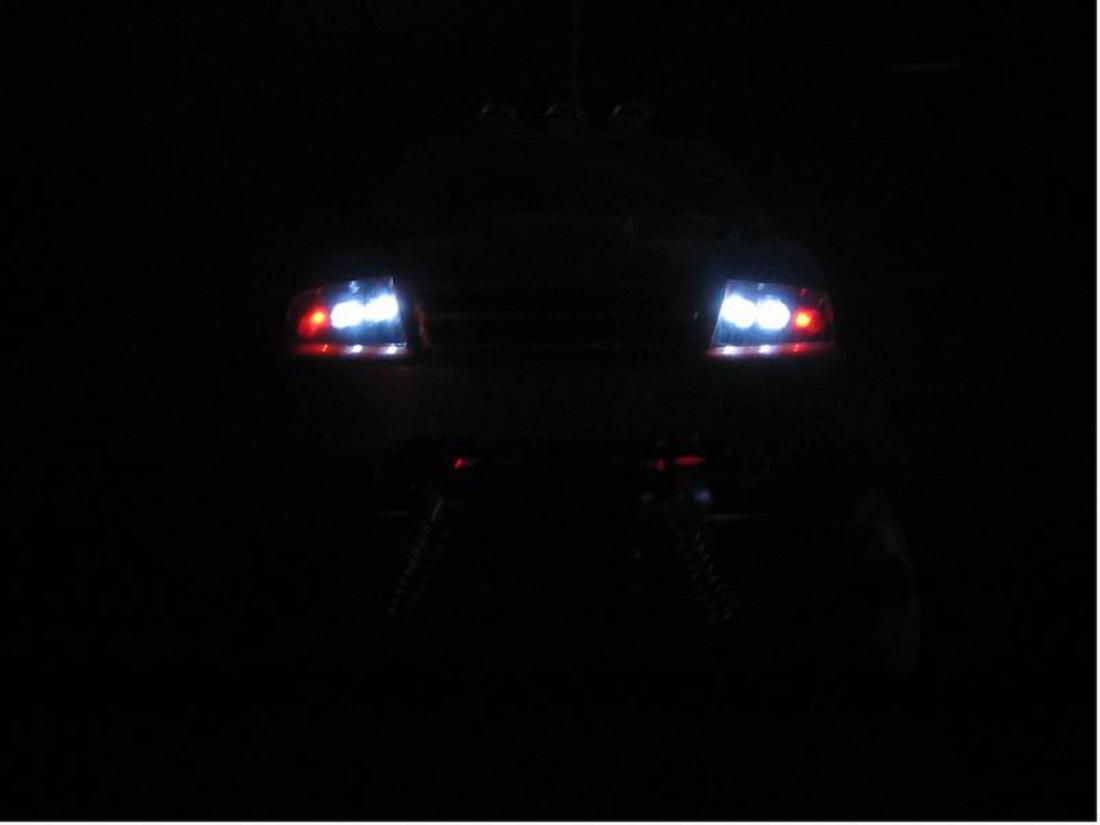 The pictures really don't do it justice... 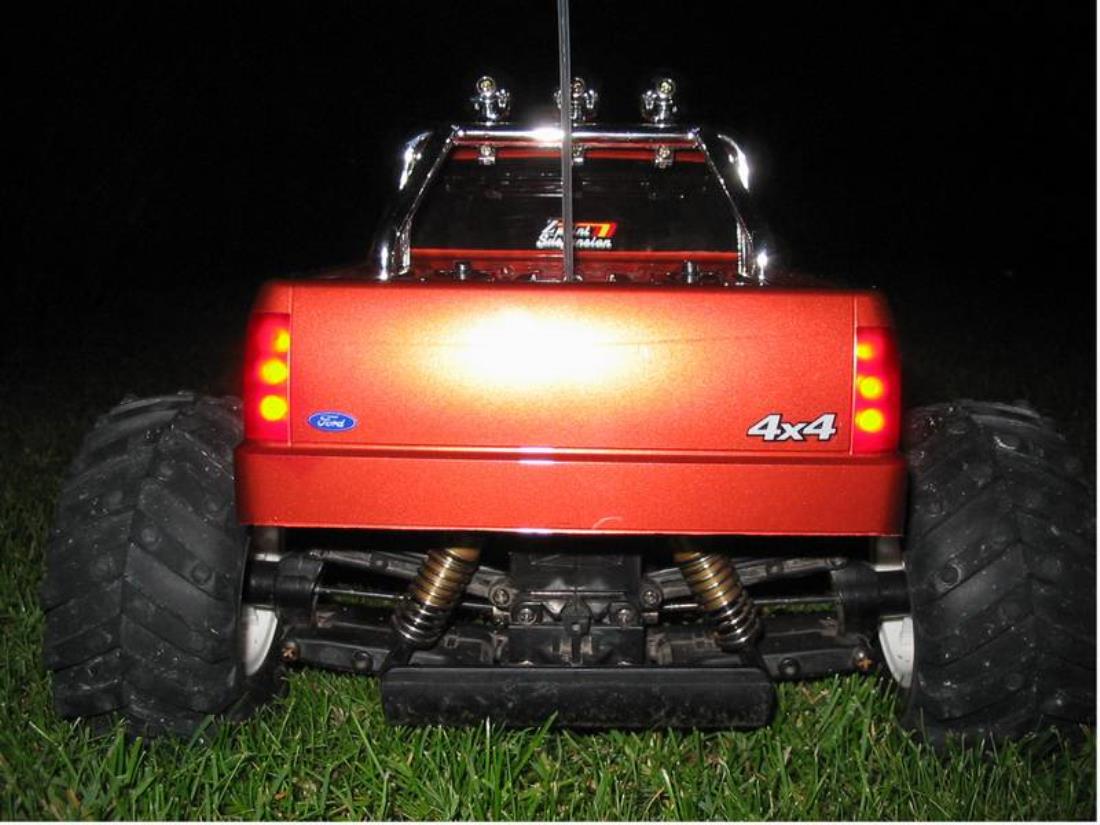 Good to see you are looking after it mate!

That looks really classy, top job on the lights too, they look really good.

Nice, the front end looks alot better with those lights

Looks fantastic, how about some info/pics of the headlight job ?

No problem - I'll take some pics and put a 'how to' post in the monster truck forum later on.

Thanks for the positive comments!

I really like what you've done with your light housing mate... nice job. I've got lights on my det but their mounted in little LED holders... nowhere near as splish as what you've done here