In Manchester the most nationally well known landmark building has to be the Imperial War Museum North designed by internationally-acclaimed architect, Daniel Libeskind.

The building is based on the concept of a globe shattered by war and conflict. Three of these shards form the building, representing earth, air and water. Certainly makes a different building whatever the concept. Shame it's overlooked by the Rank Hovis factory though.


These shots were taken from outside the Lowry Art Gallery and Theatre which is also known for its striking architecture, tying in with the War Museum by also being clad in aluminium.


It's certainly different taking photos in such a public place, so much time is spent waiting for everyone to get out of shot that it takes ages to take them. Trying to take a picture of a model car while you can see a family with a small boy heading your way tends to distract you from the job in hand.


Still, got the job done in the end. Hope everyone likes the pictures. 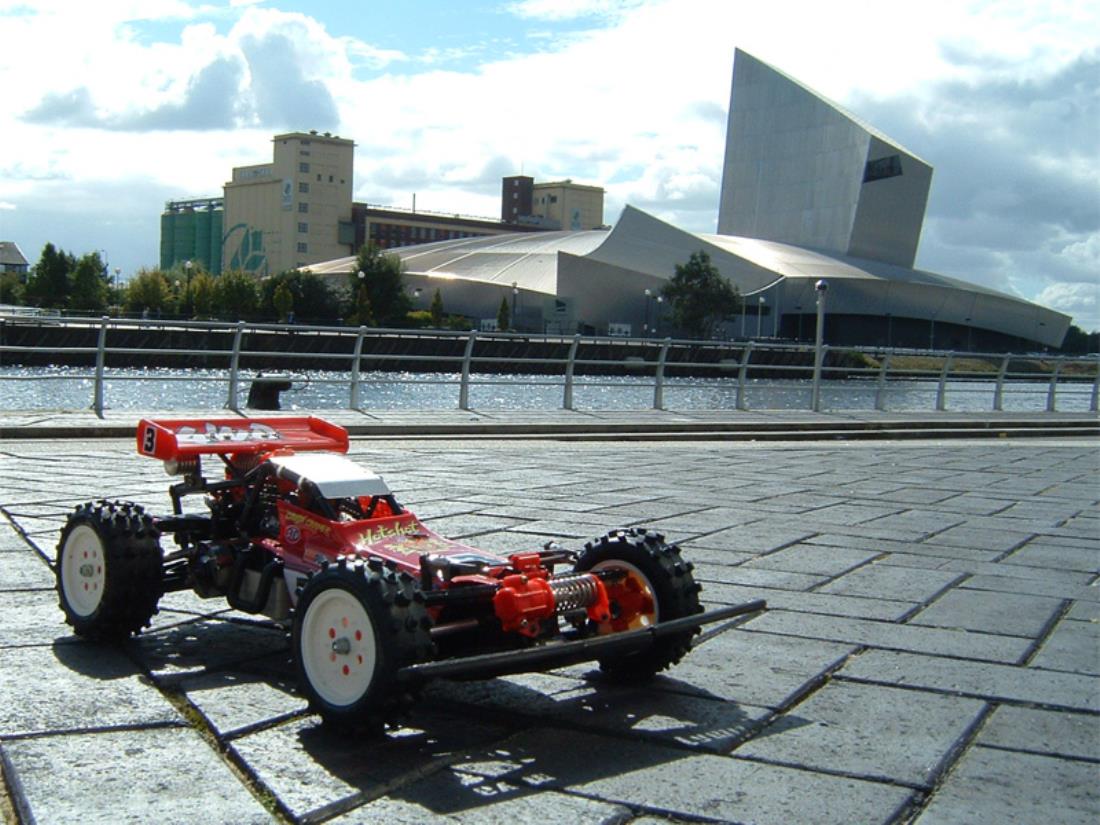 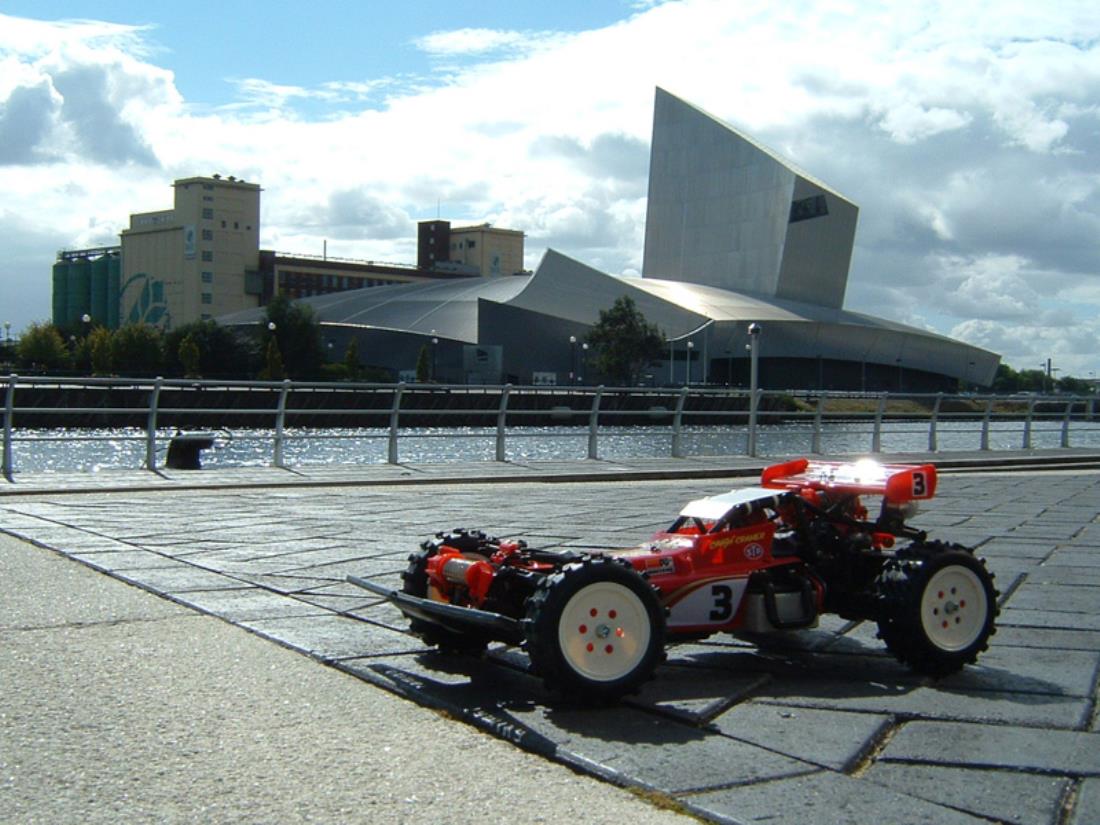 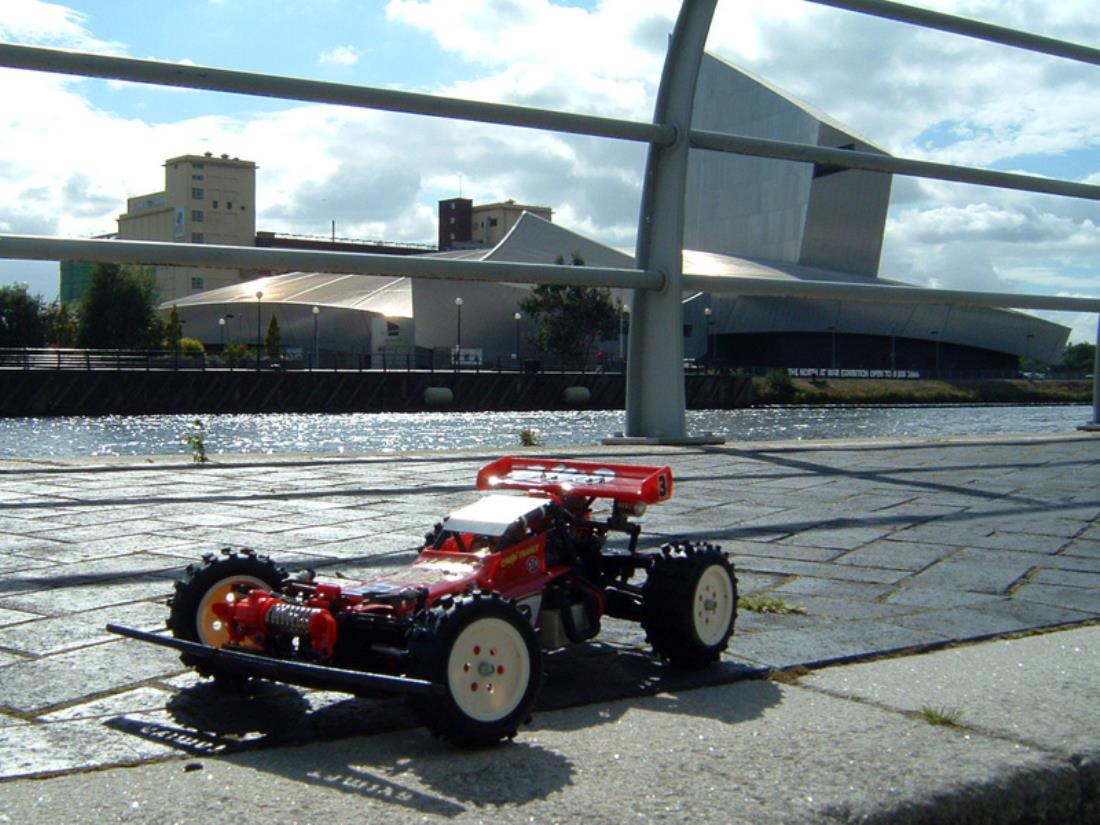 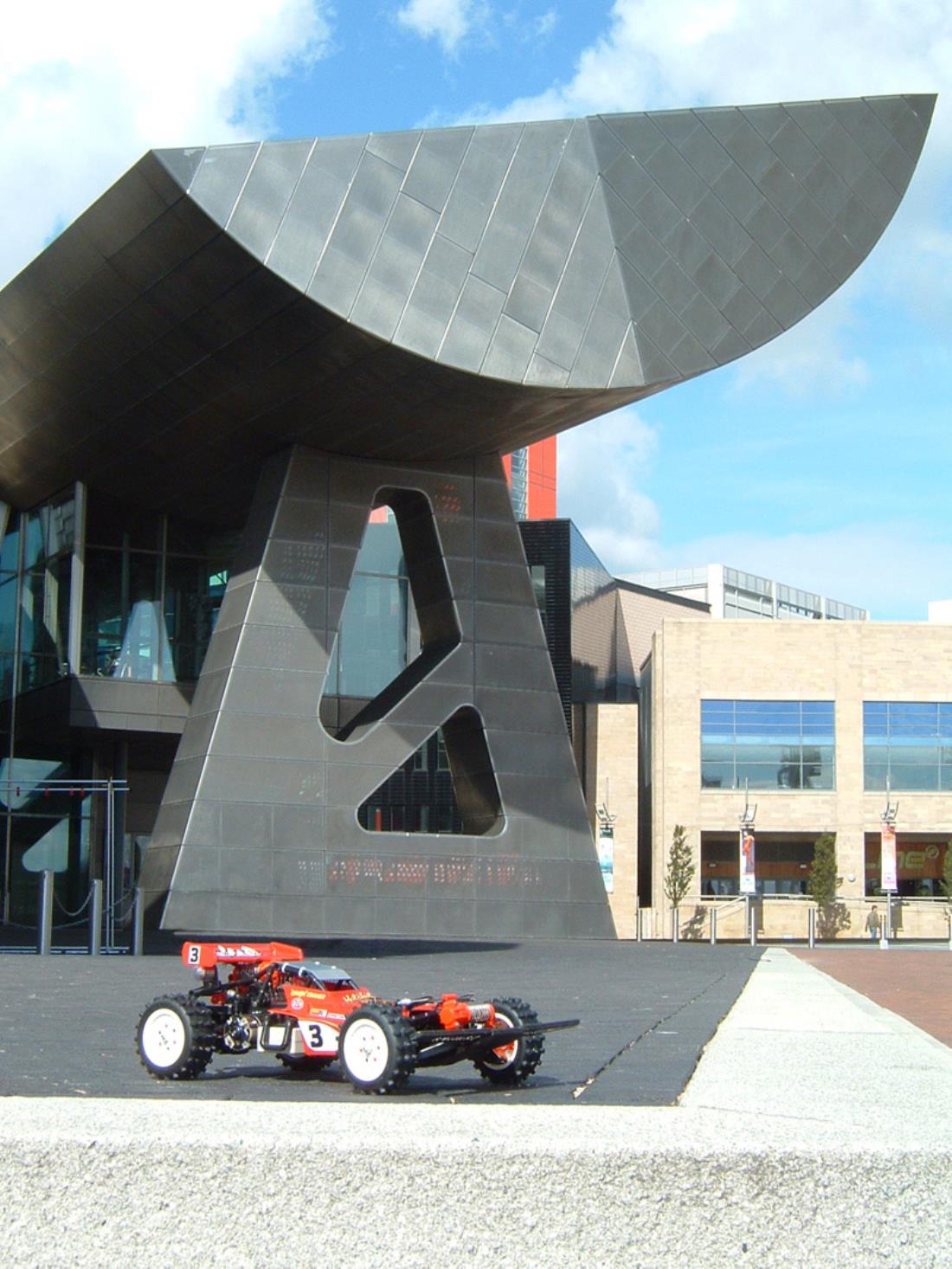 The Lowry entrance from another direction 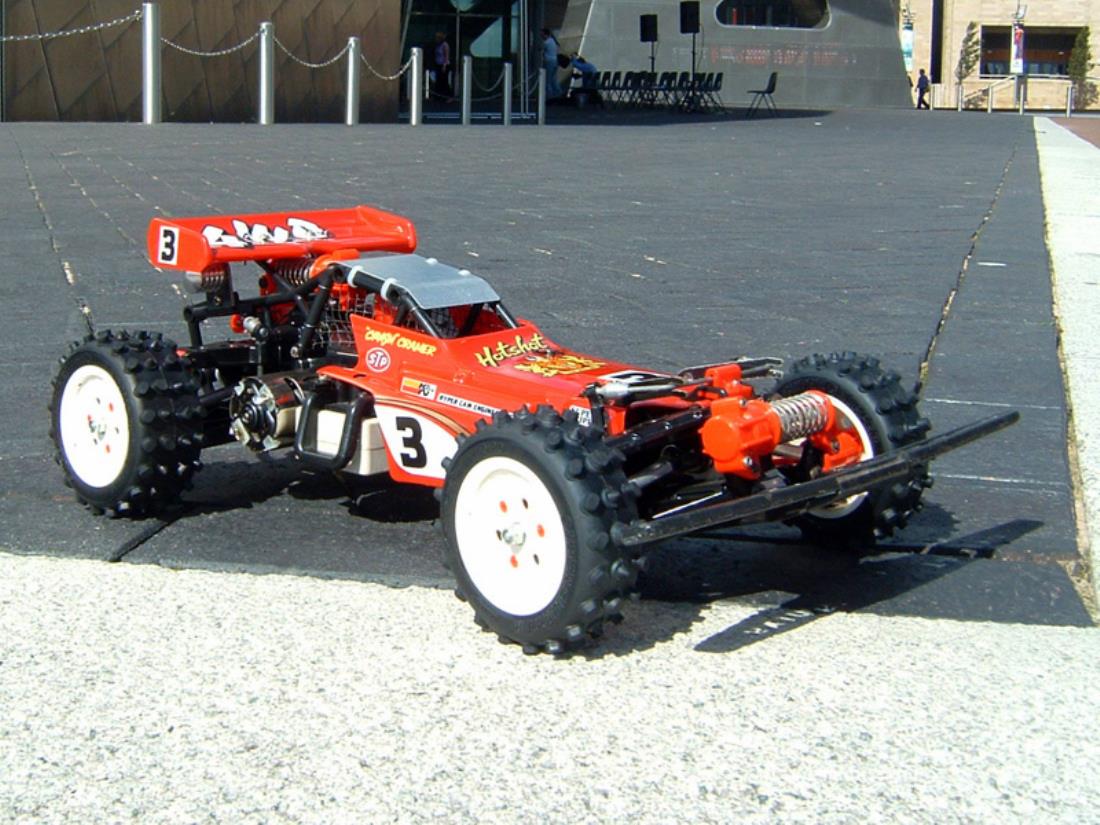 The car - it was my first restoration project.

i saw a programme about that building a few days ago. great pics!

Some of the best pics I've seen, really great!!!

nice work, the 4th one is my fav

Great pics! It's an amazing building, that one. Nice to see an influx of new entries!

Thanks for the comments guys. It certainly takes a bit more effort than just using your back garden for a setting but the photos do look much better and a lot more interesting. Matbe we'll all try and be a bit more imaginative with our photos in future - especially me!

Maxxed Ross - the Lowry is a great building to photograph the details as I've done in the 4th photo but unfortunately due to other buildings around it its impossible to get a good overall shot. It looks wonderful but the 5th photo is as far away as you can get from it, unfortunately not far enough to get a good photo of the car as well.