On seeing this going for $59 on a Buy-it-Now I just had to go for it, the car in question is an Academy Minicraft Road Runner II, and on first glance you’d swear it was a Grasshopper, and for the most part you’d be right for it is one of those “COPY-CARS” fakes that were produced by numerous lesser toy and model companies in order to try and cash in on the popularity of Tamiya cars.

They say imitation is the highest form of flattery but I wouldn’t go so far in this case, the road runner is a poor relation to the Grasshopper/Hornet on which its based, the quality of the plastic mouldings is way below par as is the mouldings for the tires most of the major plastic parts have small louvers and ridges moulding into their surfaces to set them apart from the Tamiya originals in fact the only part of any obvious quality is the stylish body, but to look more closely at this kit you see that it borrows ideas from many Tamiya cars and not just the Grasshopper types.

For instance the body is hard plastic and attached with screws like the Grasshoppers yet in its design it has more in common with the Hornet, the rear suspension is the Hornet semi-independent style with anodised blue oil shocks, the wheels are of similar size and design to that of the Fox except they have 5 holes instead of 8 and a deeper dish to the rear wheels yet they are gold plated, and the speed controller although a 3 speed type seems to have a similar look a to the rotary design fitted to the Rough Rider, Sand Scorcher and Ford Ranger.

But there is something else bothering me about this car….. The body looks strangely familiar to me, I’ve seen it before somewhere and after doing a little research I realised where I had seen it before…. The World Engines Rock Buster, was a Grasshopper clone car that appeared in the mid-late 80’s and it shares the same design on the Body as the Road Runner, its probable that this is the same car only its had a make over and been regurgitated as something different, but when you look at who produces this kit then its history becomes more apparent.

This car is made by Academy a model company which according to a label on the side of the box is based in Seoul, Korea, yet the kit I have has all English instructions which are quite crude and bare no similarity to the Tamiya originals leading me to suspect that they were made especially for this kit by Minicraft Models of Torrance California who are the US distributors of this kit on behalf of Academy. I reckon that Academy bought the rights to re-produce this defunct kit from world engines giving it a face lift in the process, then they were shipped back to the US, Re-packaged and sold under the Academy-Minicraft banner.

Upon reading through the instructions it says to use Hump Back or “Camel-Back” batteries which would show the age of this kit to early 80’s before racing packs were invented, on looking at the poor quality of this kit I won’t be in any great hurry to build it and will keep it as a MIB for the time being but it’s an interesting oddball edition to my collection none the less. 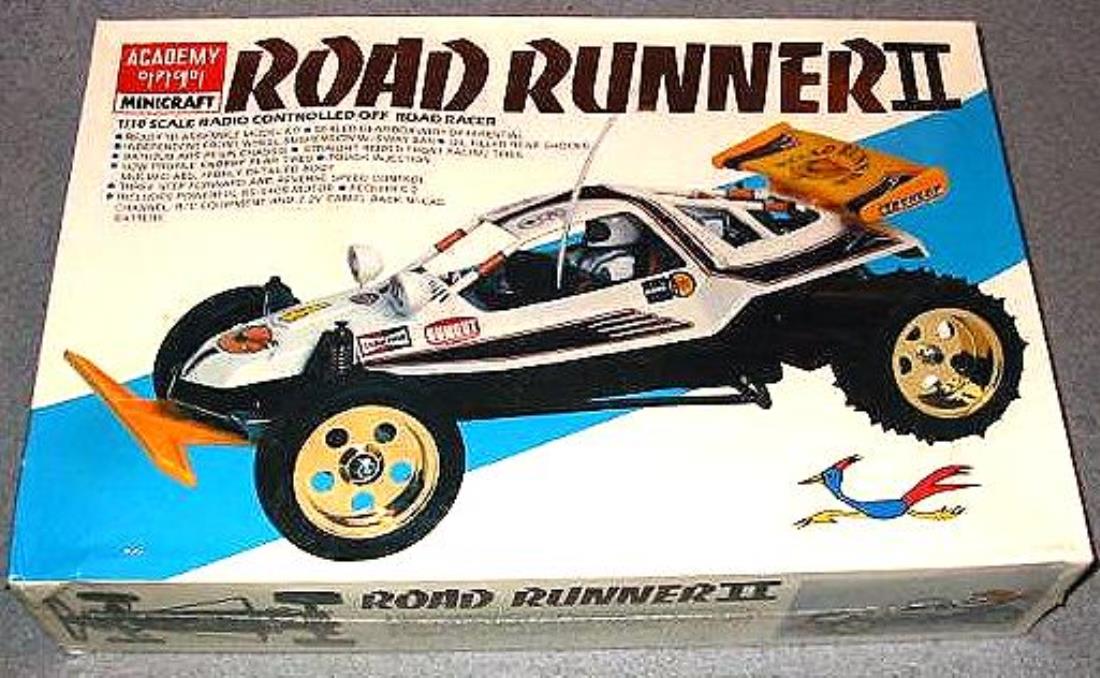 At this point it was still wrapped in cellophane 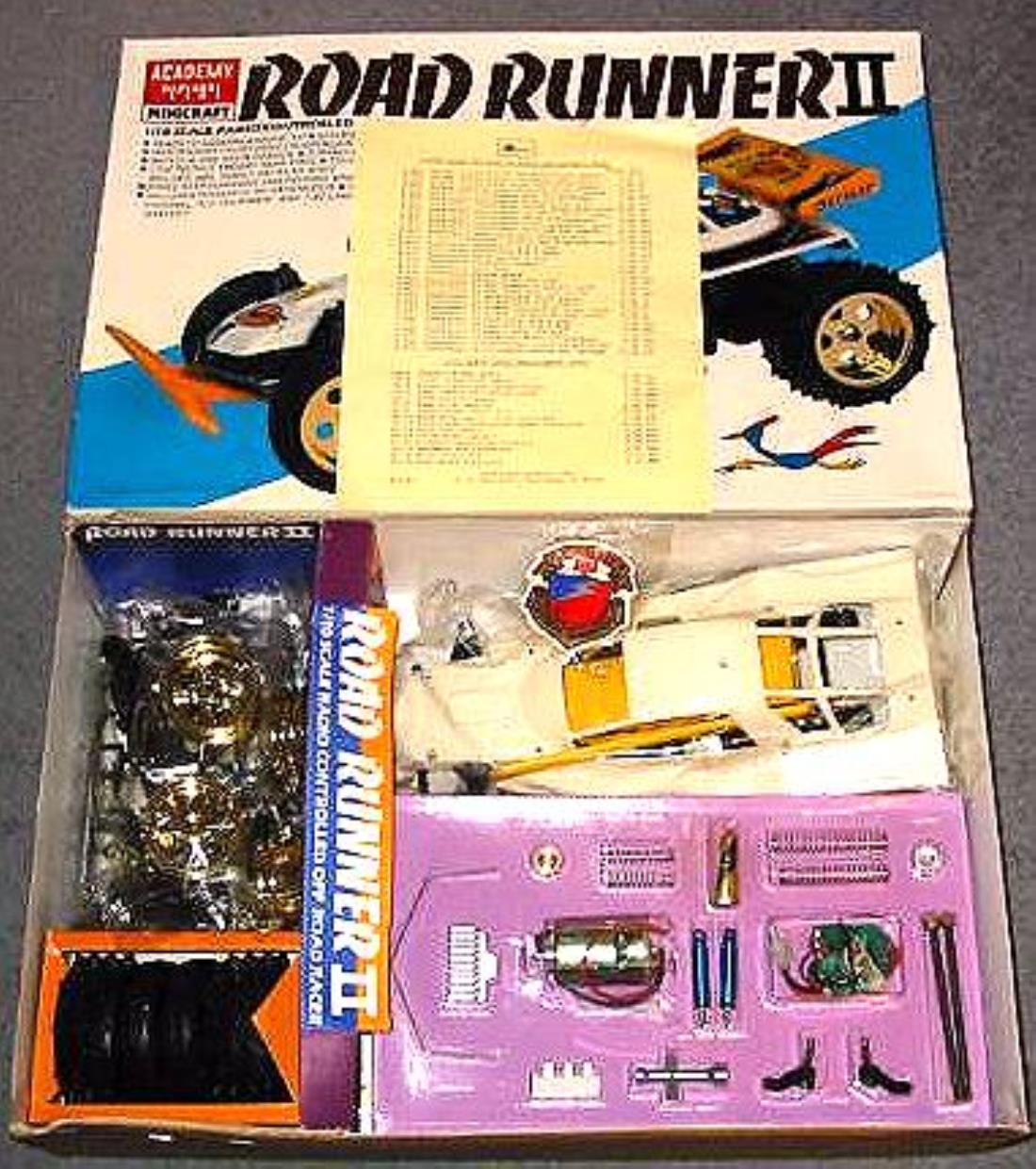 This was the sight as I lifted the box lid 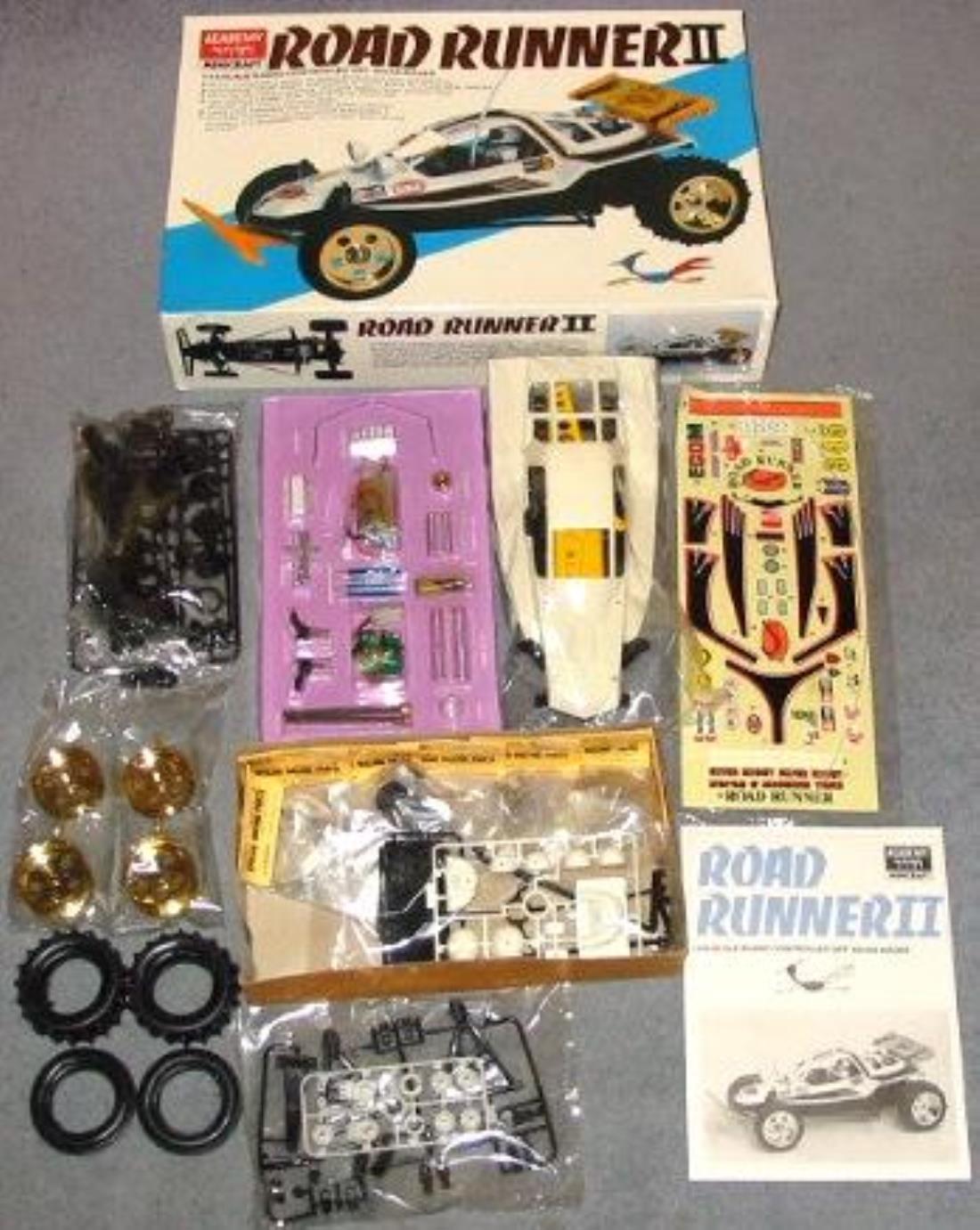 And I spread out the full contents of the kit 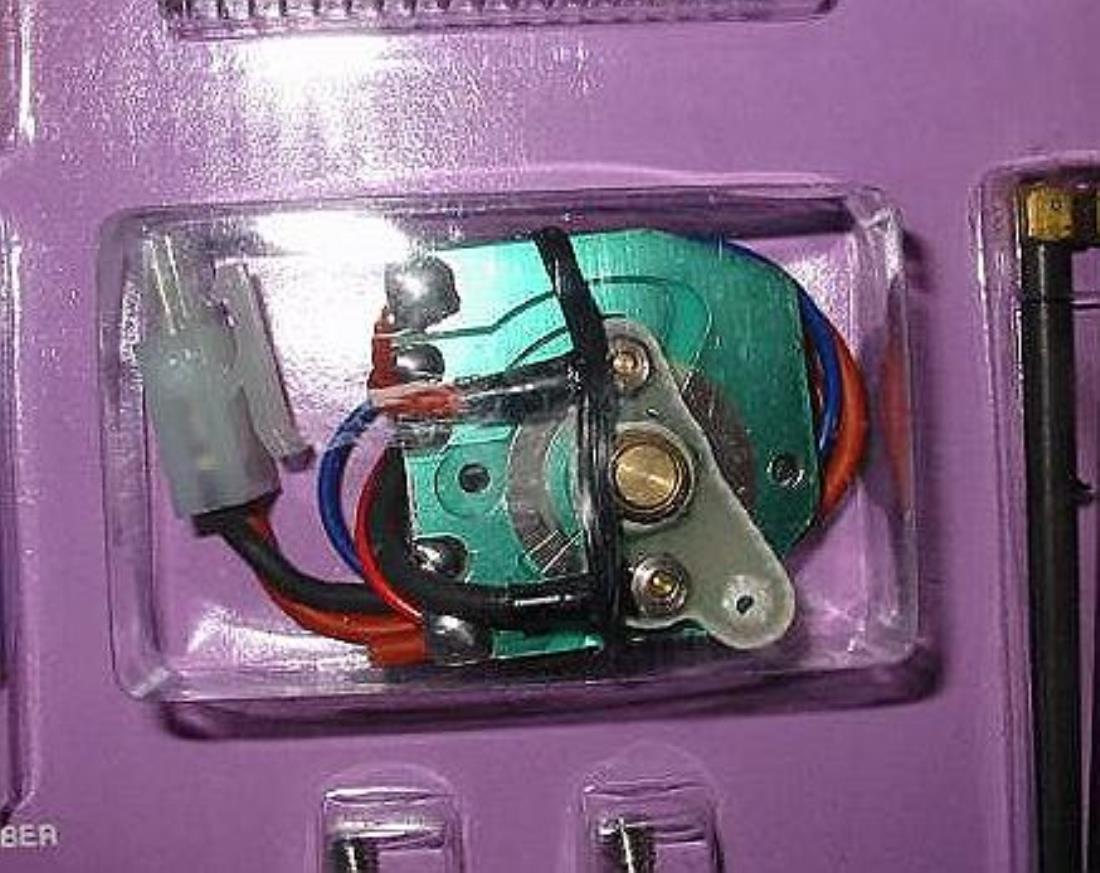 It comes with a very Rough Rider'esk speedo 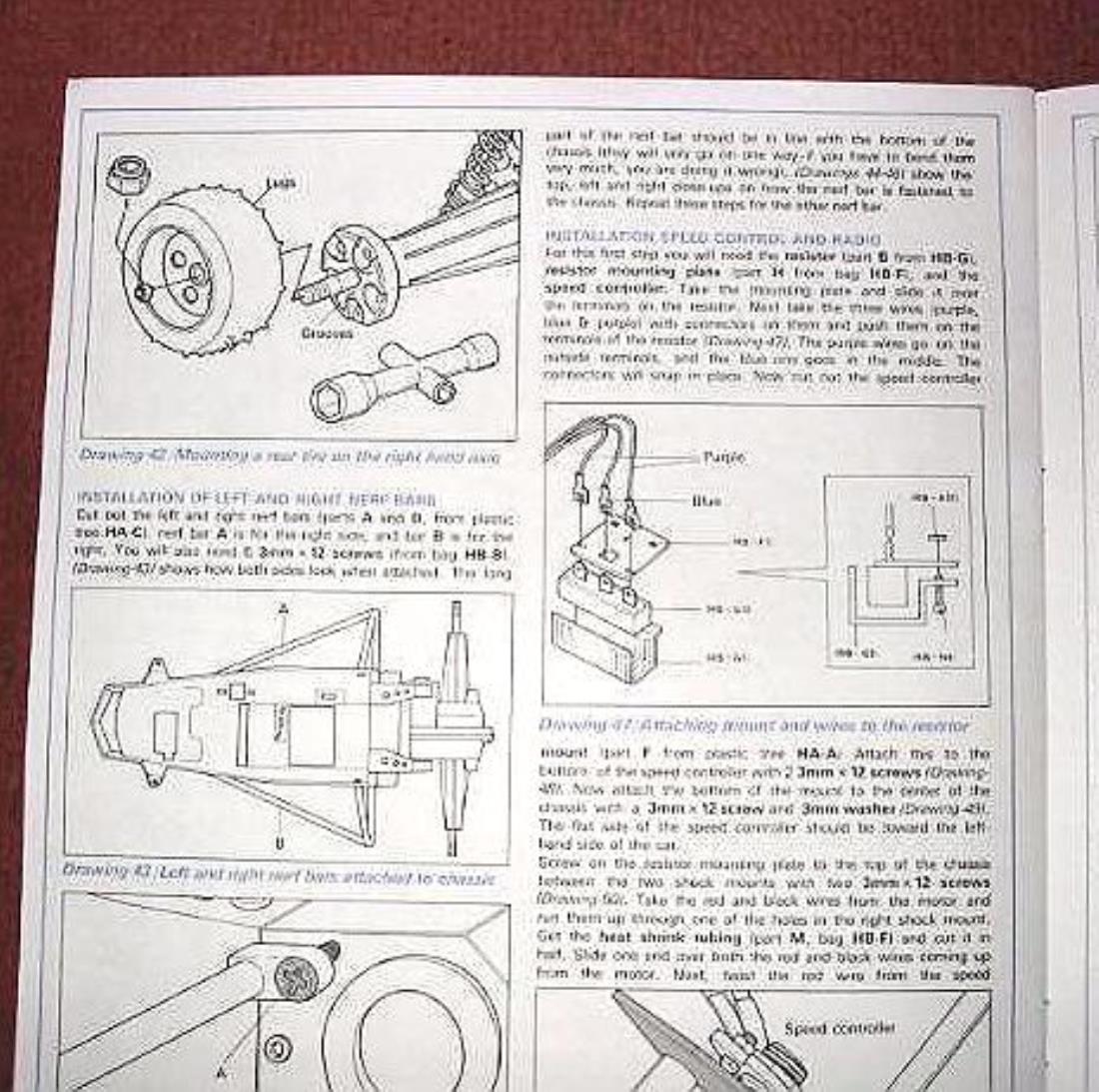 This is the World Engines Rock Buster II isnt it

hey i got one of these things. now i know it don't come with alloys

I recently purchased a Rockbuster in poor shape. I am very excited to restore it but completely agree with you in stating that it really is a poorly made clone of the Hopper/Hornet. Still, I love the look of the car and its less that high quality materials won't stop me from a top notch resto.