Long overdue and apologies to bloodclod for not putting these pics up earlier.

The close-ups show bloodclod's alloy mod that fits over the A5 part, making it effectively bullet proof!
Just to say i'm glad I bought a couple of spares for my others!

UPDATE 28/12/2008
After two and a half years my Thundershot has finally failed, the pinion sharpened to a point but it was the Superstock motor that has eventually seized!
A full strip down, new bearings and a superstock BZ are poised!

UPDATE 01/03/2009
Lost a wheel nut, bent the front anti-roll bar and snapped a front drive shaft, so will be stripped and cleaned after all!

UPDATE 28/12/2009
No! will definitely run until something major gives, as its my main runner I dont thrash it as much as I used to,
from second picture down its all current pics

UPDATE 29/08/2010
My 14T pink motor ceased up today, replaced with a new tamiya 23T RZ super stock.
Everything going fine for five minutes then while turning over a pot hole the buggy cartwheeled multiple times.
Once up and running a rear wheel suffered plastic fatigue!
All sorted now!

UPDATE 25/12/2011
Clean up, some new pics and new rear lower arms, drive shafts, joint cups and tyres (kept the bald ones for on-road!)

UPDATE 22/08/2014
With other Tshot resto's taking centre stage this year, I have decided to 'retire' my first Tshot re-re build of 2006
to the shelf and moved it to restored (it could still be run if needed!)

UPDATE 21/07/2018
Tidied up text above, four years since retirement, 13 years since release, still hoping for another production run or chassis re-release 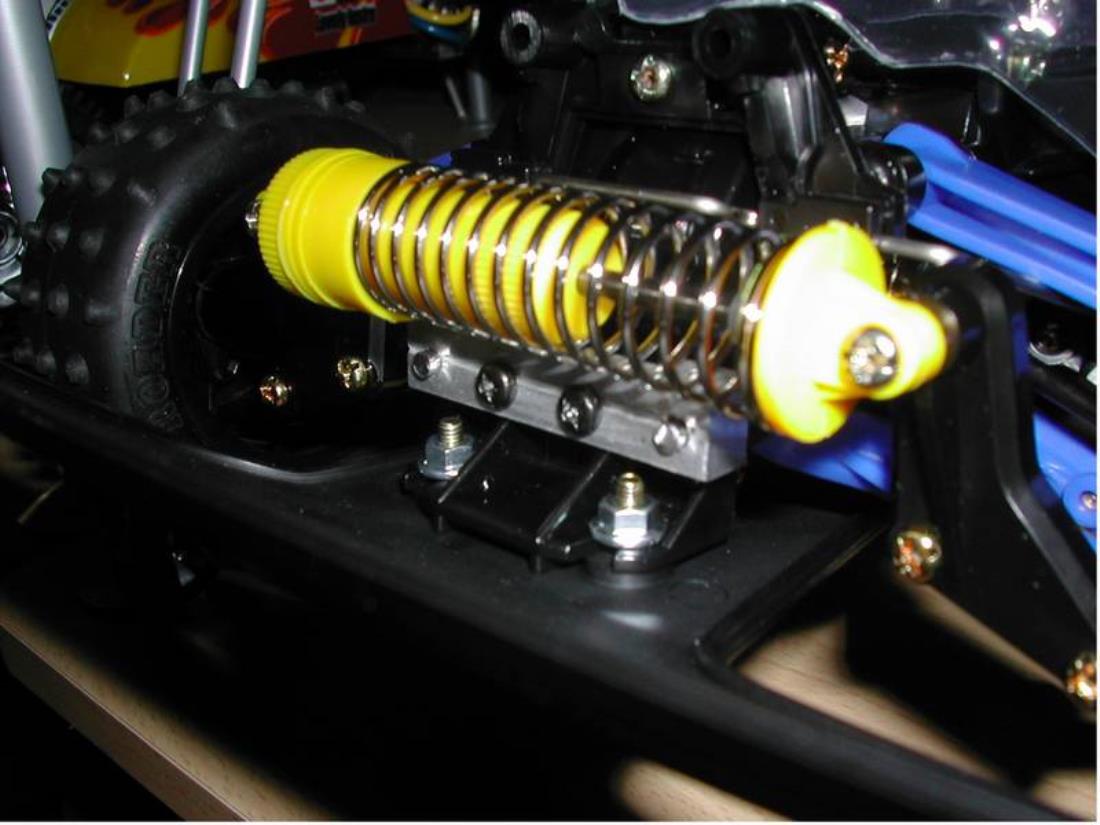 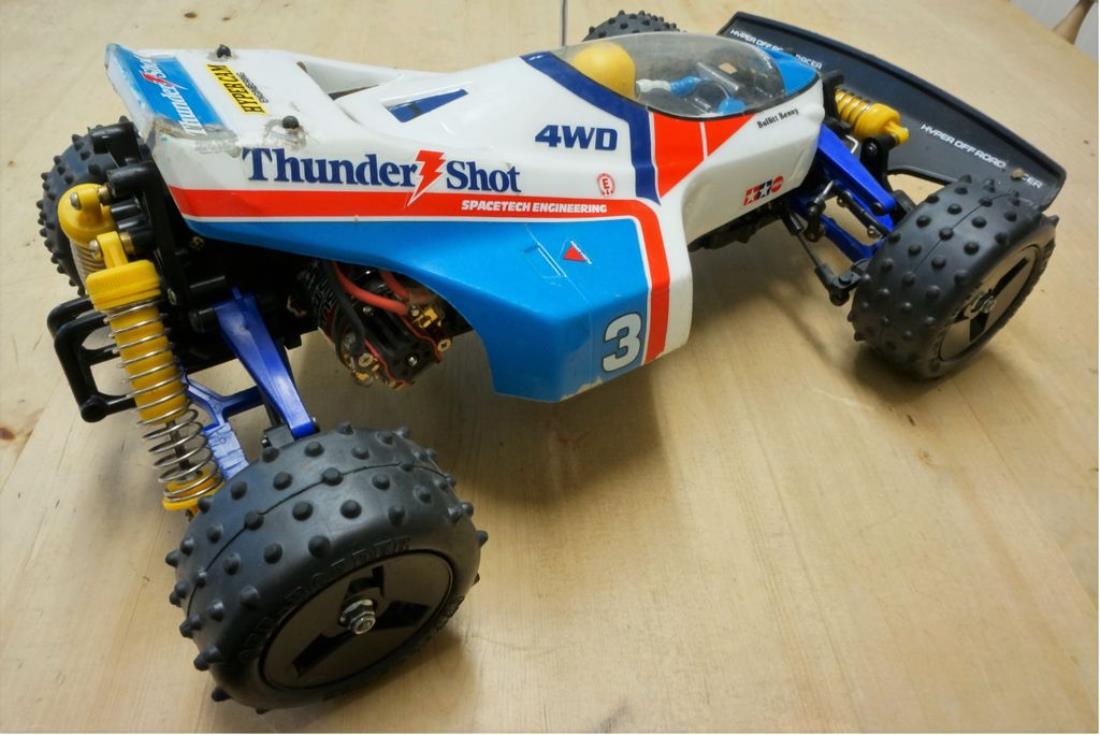 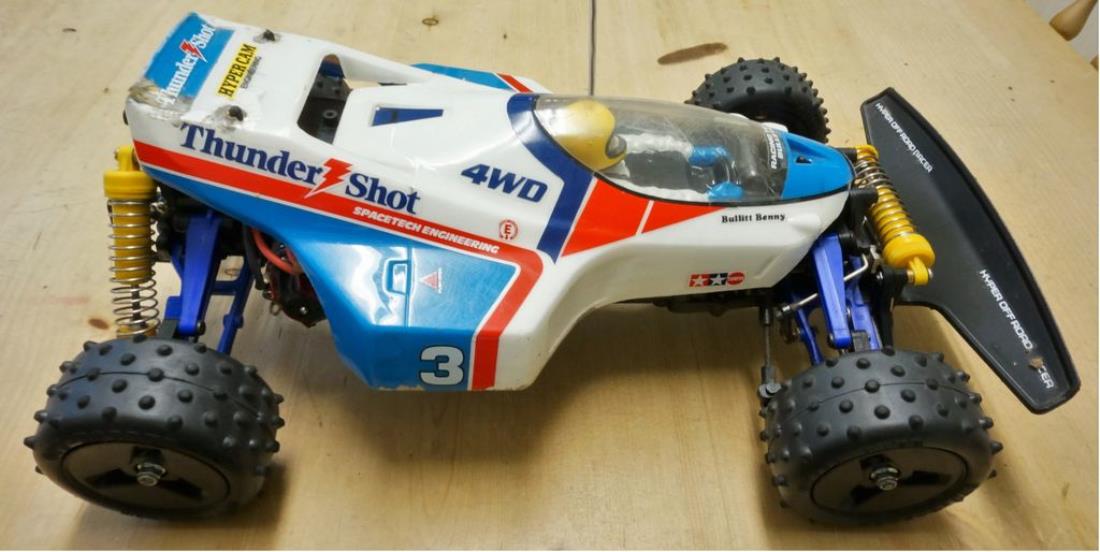 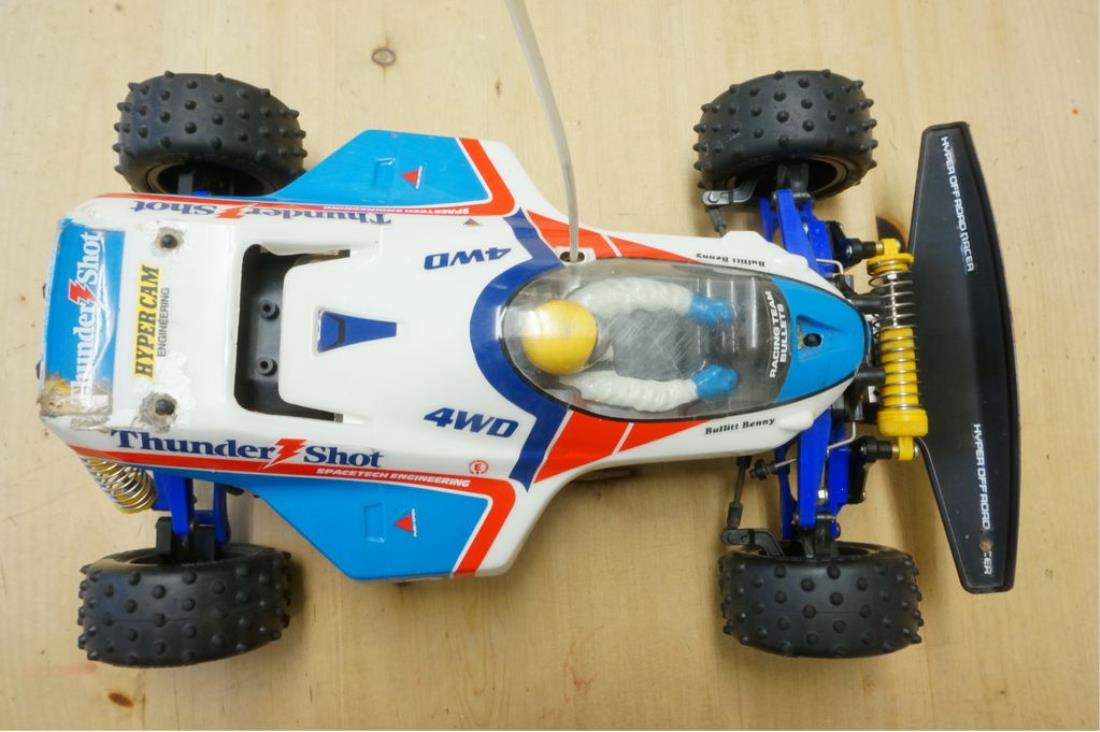 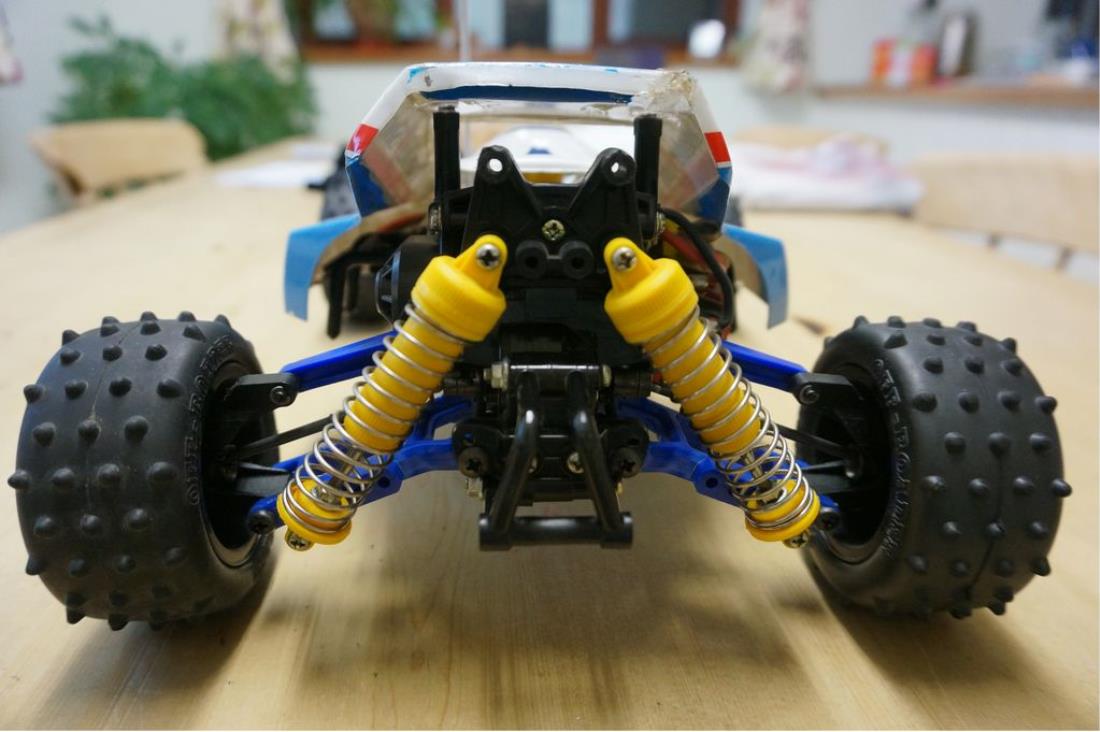 If you liked those pictures, you should see these...
6 of the best

just bought a thundershot myself, really like the look, is this mod somthing i need to look at.

This C shaped aluminium block covers the existing holes, it came with longer shafts to fit through the front wishbones, so far no probs, its been fitted since new, numerous crashes and no breakages so it seems to do its job of protecting the A5 part

I enjoy giving a running record of useage!

Yeah cool idea! I should do a service record for my FAV!