What a find! This popped up on ebay, with photos of the chassis which had bent alloy plates and a body that was hard to tell what condition it was in. Described as well used I saw it as a cheap supply of parts for restoring my other two RX2000s and a chance to get hold of an original body for them. Been trying to find an original shell in any condition at a reasonable price for years so I had to bid on this. It is the Chevron, nice looking shell but my favourite in the range is the KIR 801. Having looked at the shell I can see why very few of them remain. They are paper thin lightweight racing shells, the fastest I have totally destroyed a lightweight 1/12th shell is 3 minutes from first putting it on the track. Opening the parcel I was surprised to find the body in better condition than I had hoped, one or two small splits and a small amount of damage around the mounting holes. Drivers head is cracked though, mainly due to there not being much plastic there at all.

As for the rest of the car the alloy plates are easily straightened, the innovative diff within the axle is smooth and the spur gear is actually intact - more than could be said for my own worn examples.

The big surprise was in the bottom of the box. Two original complete decal sheets for the car, the AYK sponsors stickers sheet and the proper 'Big Series' shell stripes stickers. Both unused and still sticky. Nice, but do I use them when I (eventually) get around to stripping and repainting the body? Decisions, decisions.

This just needs a general cleanup and a body repair and respray to look almost as good as new.

AYK described this Chevron body as part of their 'Big Series', comparing it with my modern 1/12th scale at the bottom you can see how much bigger a 'Big Series' is. 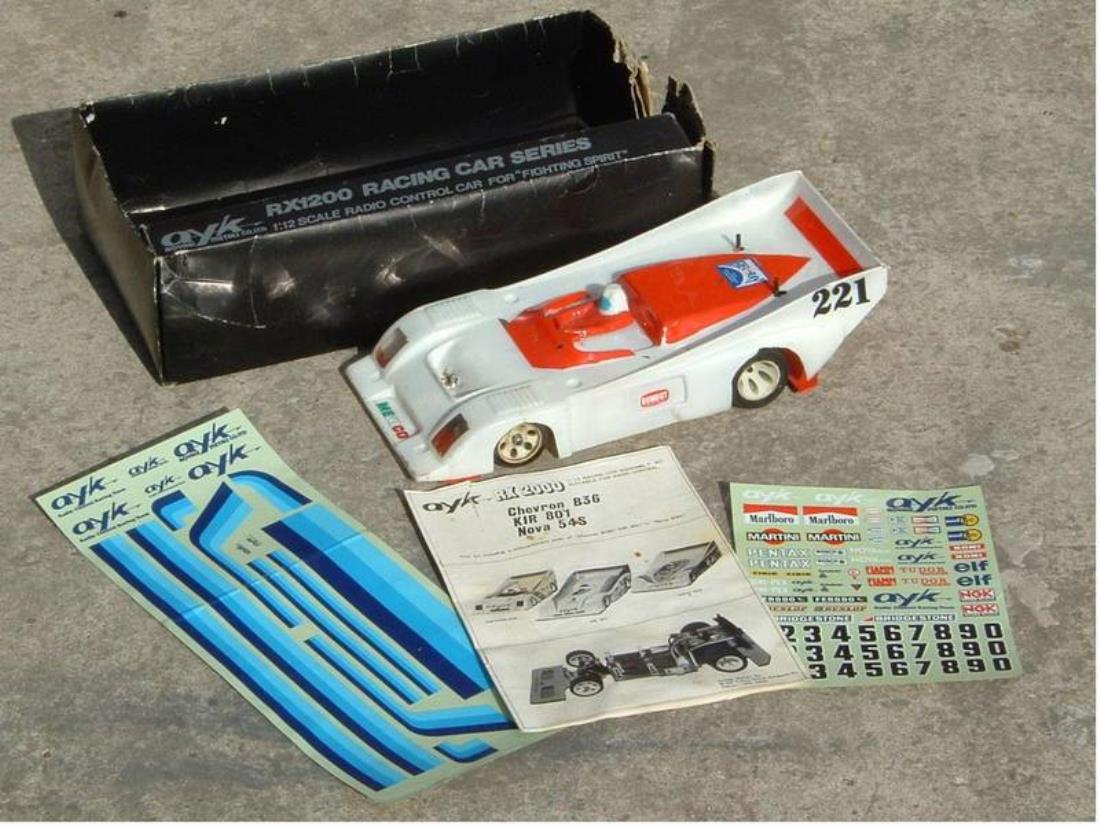 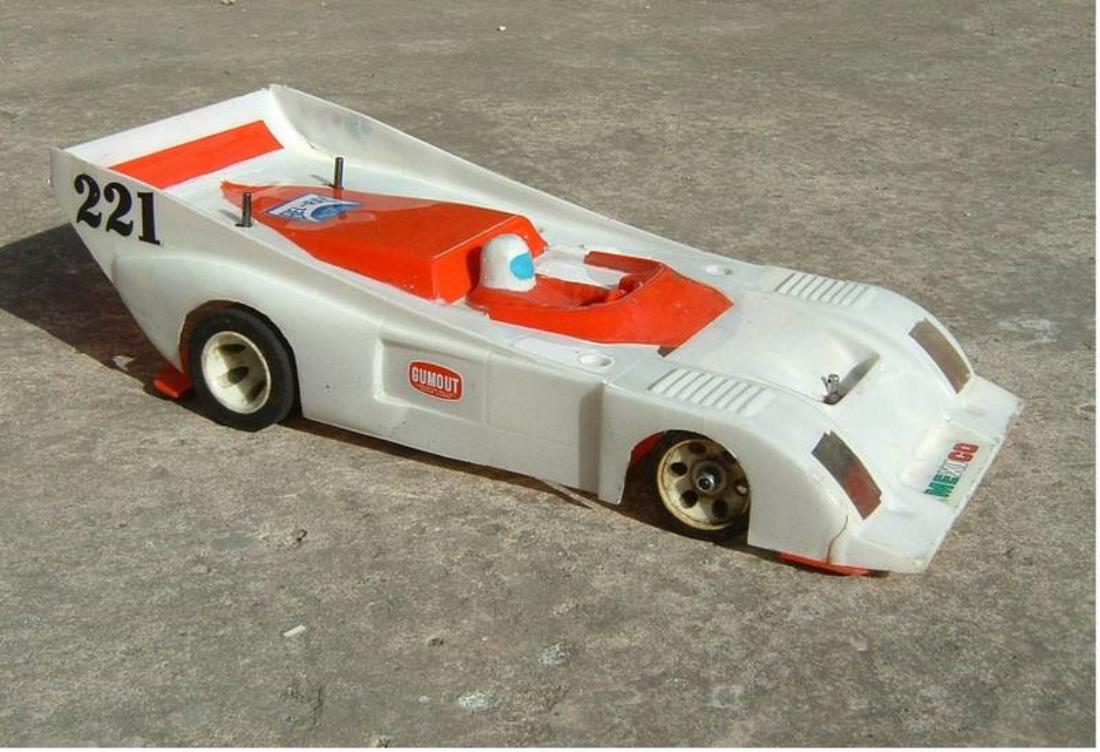 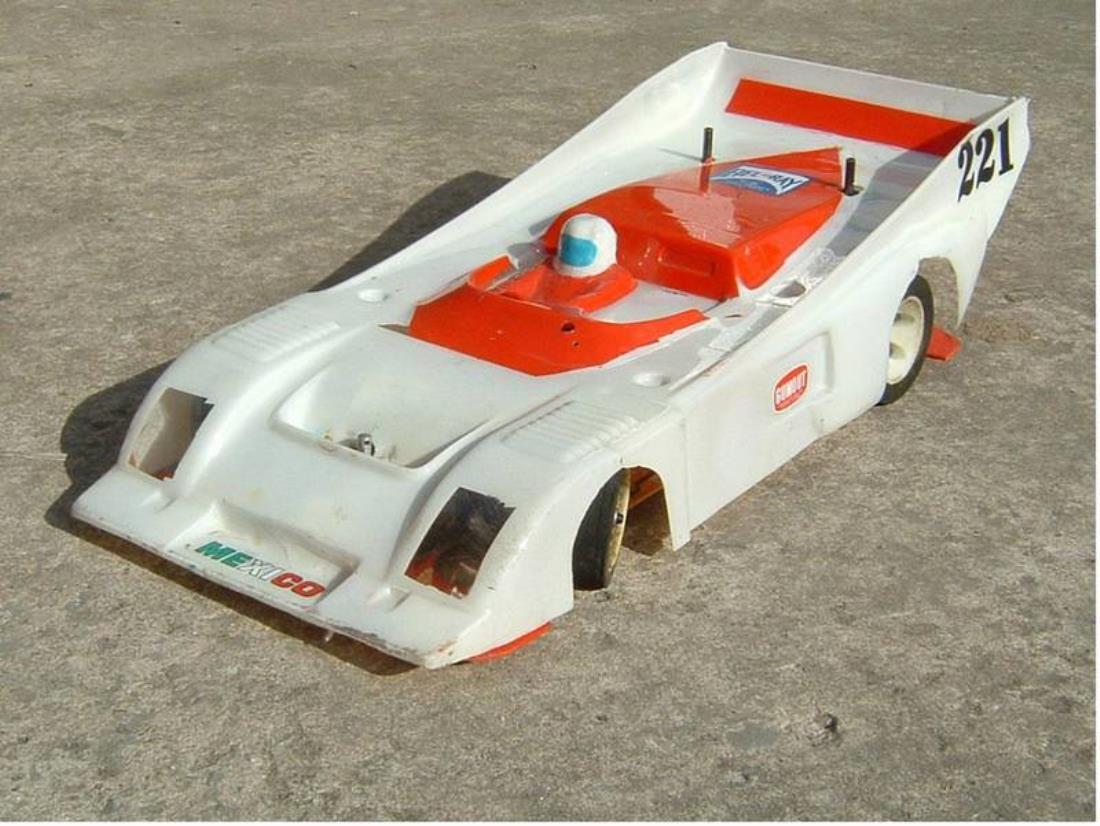 Shame about the paint job 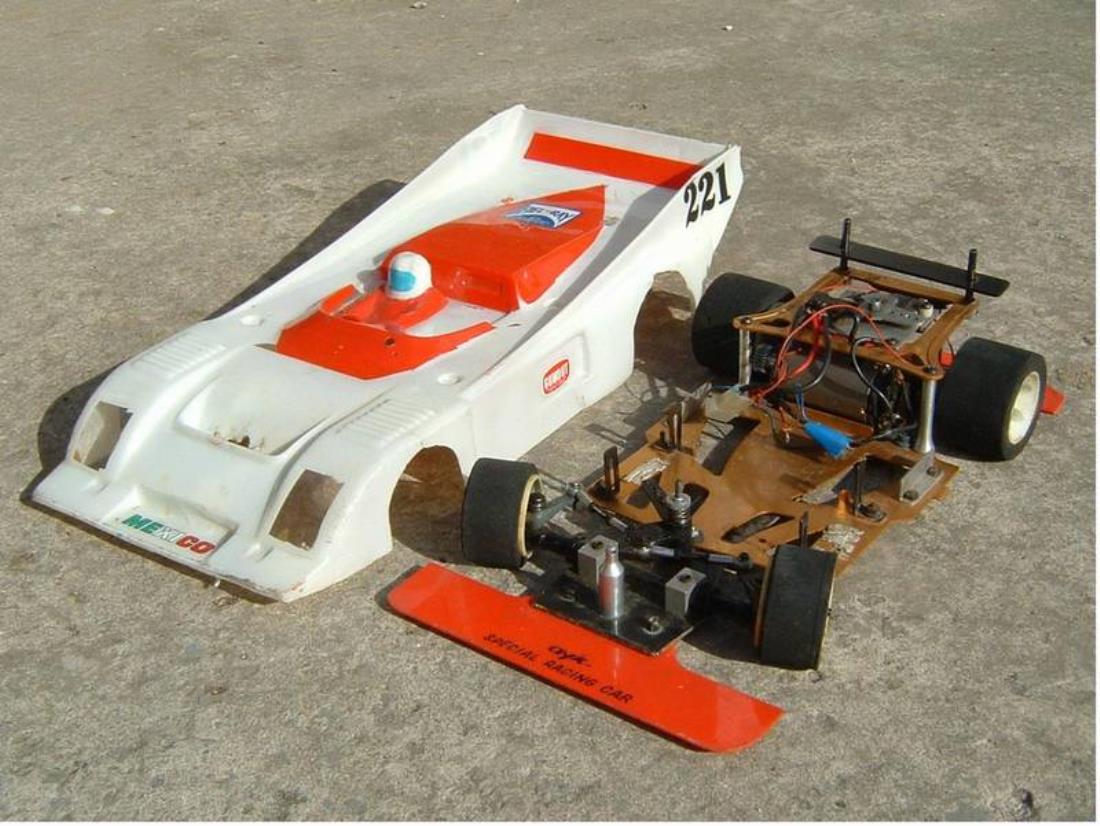 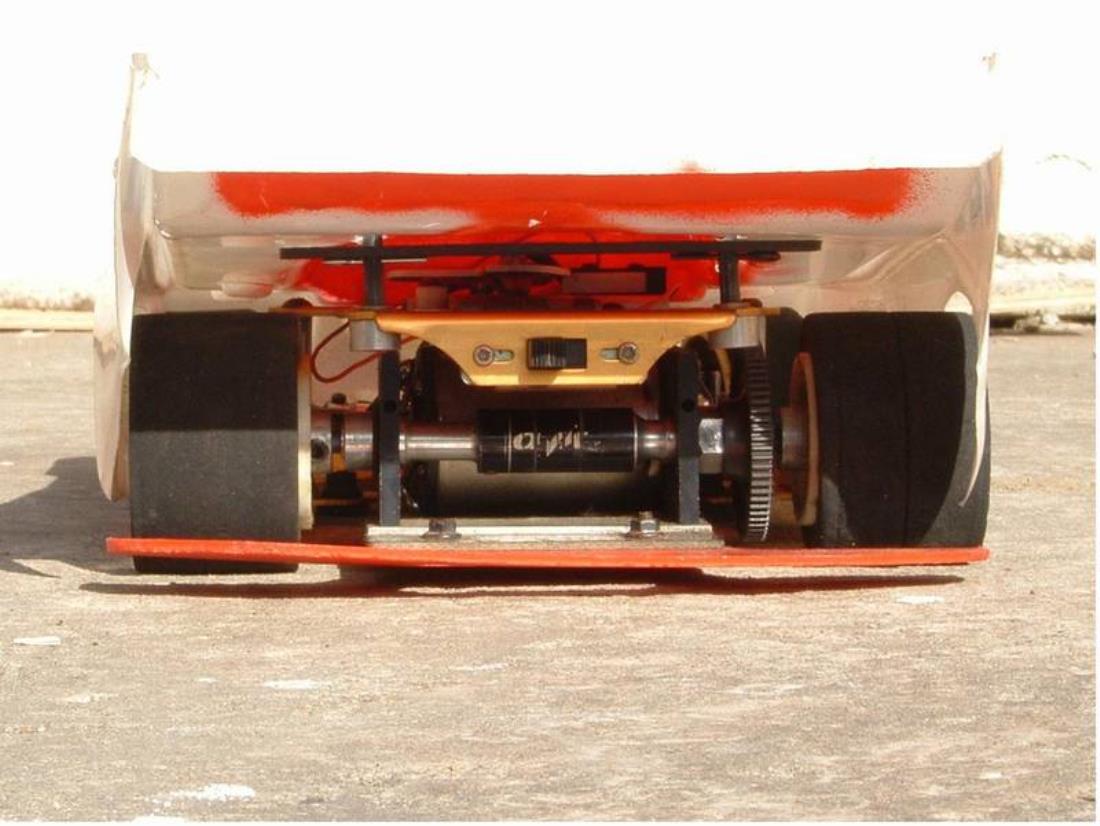 Theres a diff under that black sleeve 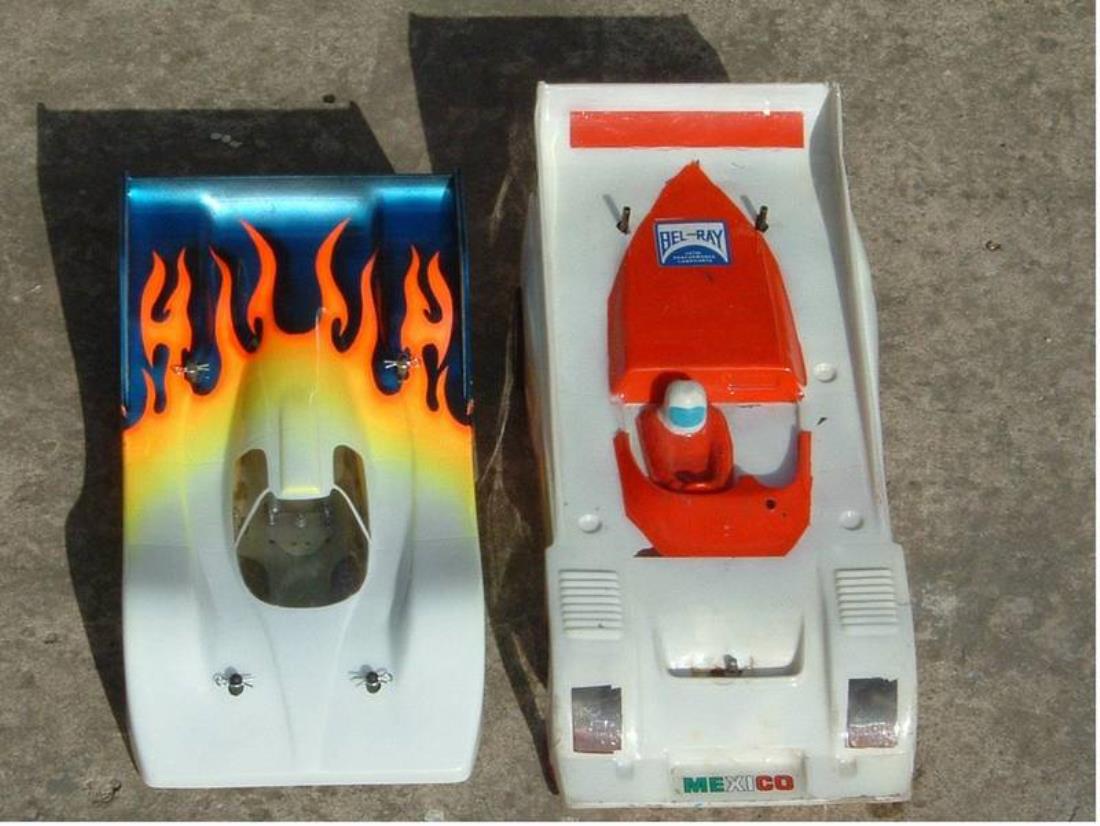 Comparison with a modern body

Nice find, same with the decal sheet. You might find, as I have, that the paint used on many of these back then is practically impossible to strip. I end up repainting on the outside, slapping on the decals and then clearcoating. If you do that, you can also glue some pieces of lexan on the inside of the body where the lexan is thin to strengthen it since painting the outside would obviously hide the modification.