I normally build or restore my cars to box art specs. Occaisionally though, something different catches my eye. I spotted this little rascal in the collection of A1 TC.com member muratti and when he offered it me I just couldn't resist.


Its a number 97, Super Astute but has the decals of an Astute and THAT paint job!! The orange is so bright it hurts your eyes on a bright day, luckily for you guys I snapped these pics on an overcast day! :D


I quite like the Super Astute, buts its an odd model being simplified and less sophisticated compared to the previously released Astute. It still has some whacky ideas like bearing supported wishbones, but Tamiya tried to make this one a bit more mainstream. In fact its quite a lot like an RC10 or Losi of the era.


I was tempted to put a dynatech in it like the box art, but I found an old Trinity Green Machine stock which was just as lurid as the shell so I stuck that in, just to clash! I have put some fairly modern cells in as you can see in the images, but these aren't at all period and were only used to get the chassis sitting right. I have some Tamiya 1700 SCRs somewhere that might work quite well in this car.


Anyway, enjoy the pics, when I get round to building the Dyna Storm I might do it in this colour for a team colours effect! :D 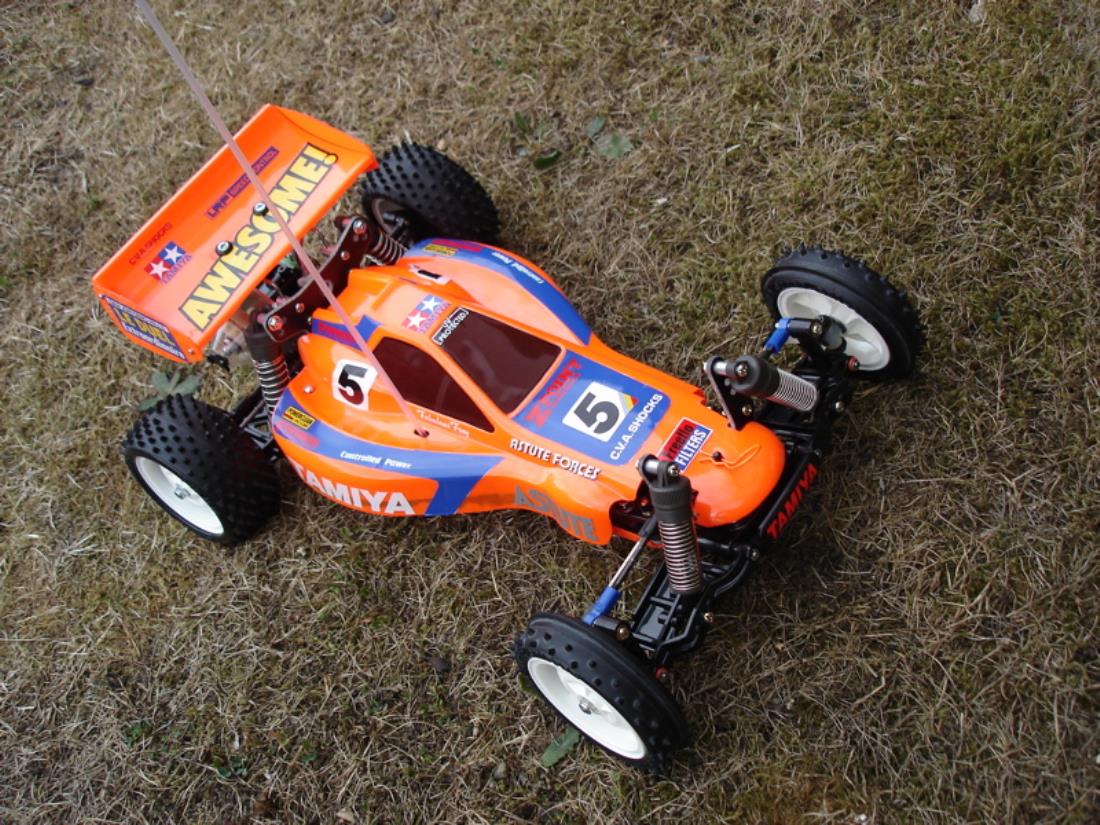 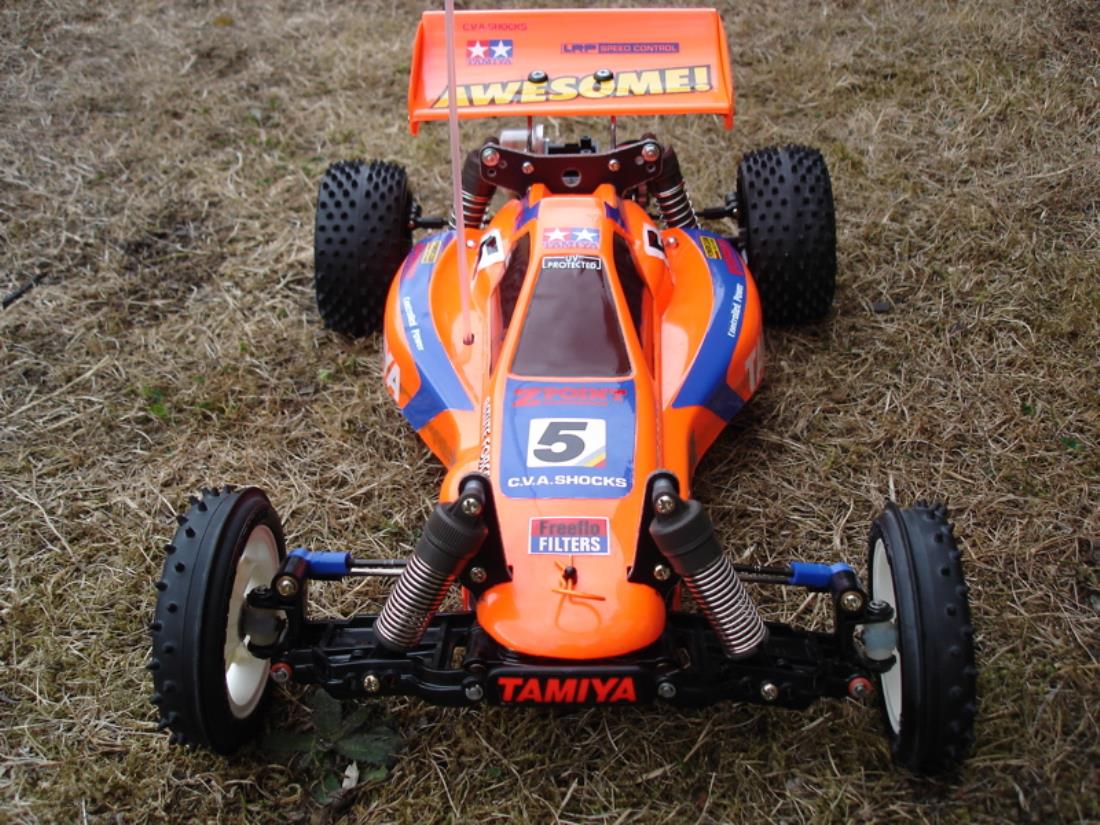 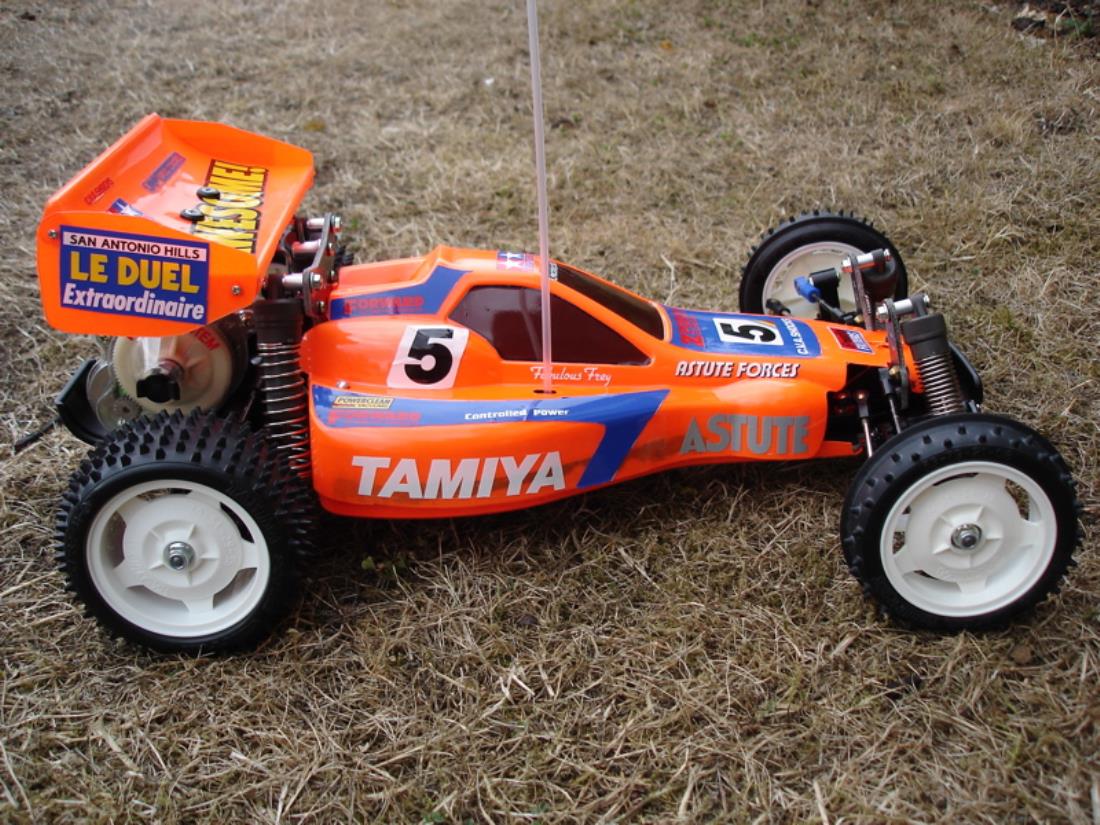 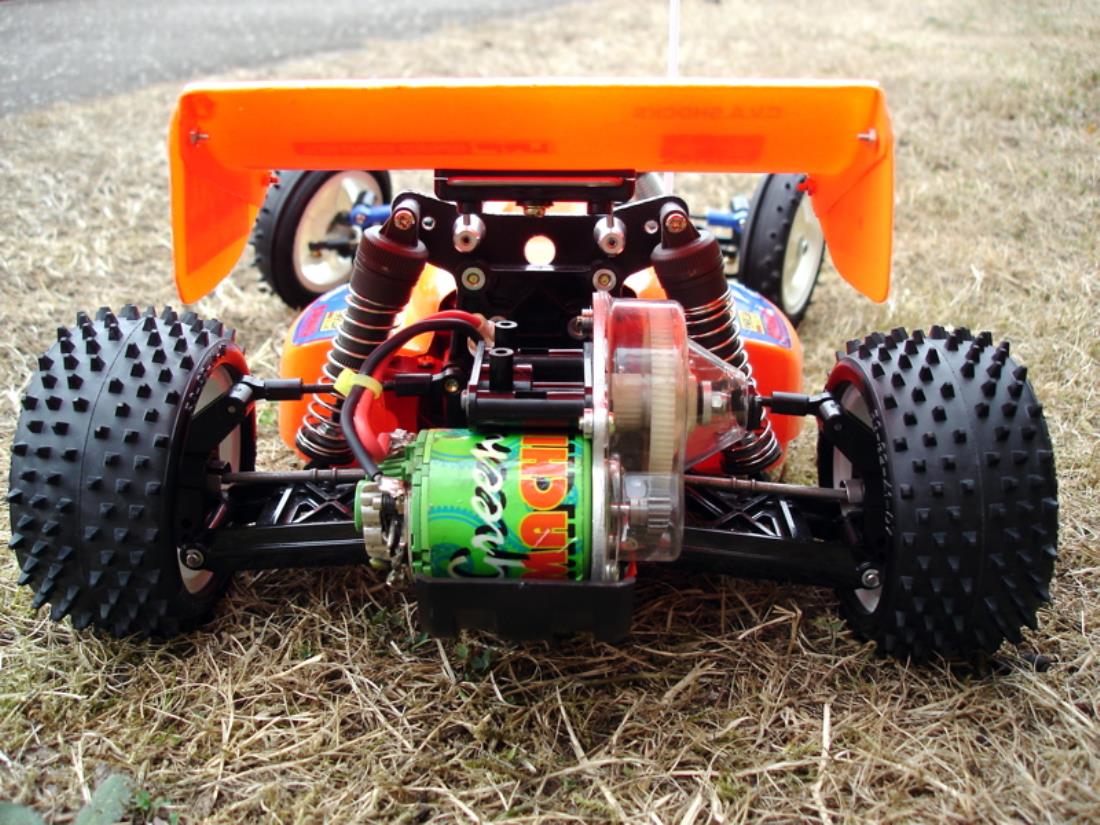 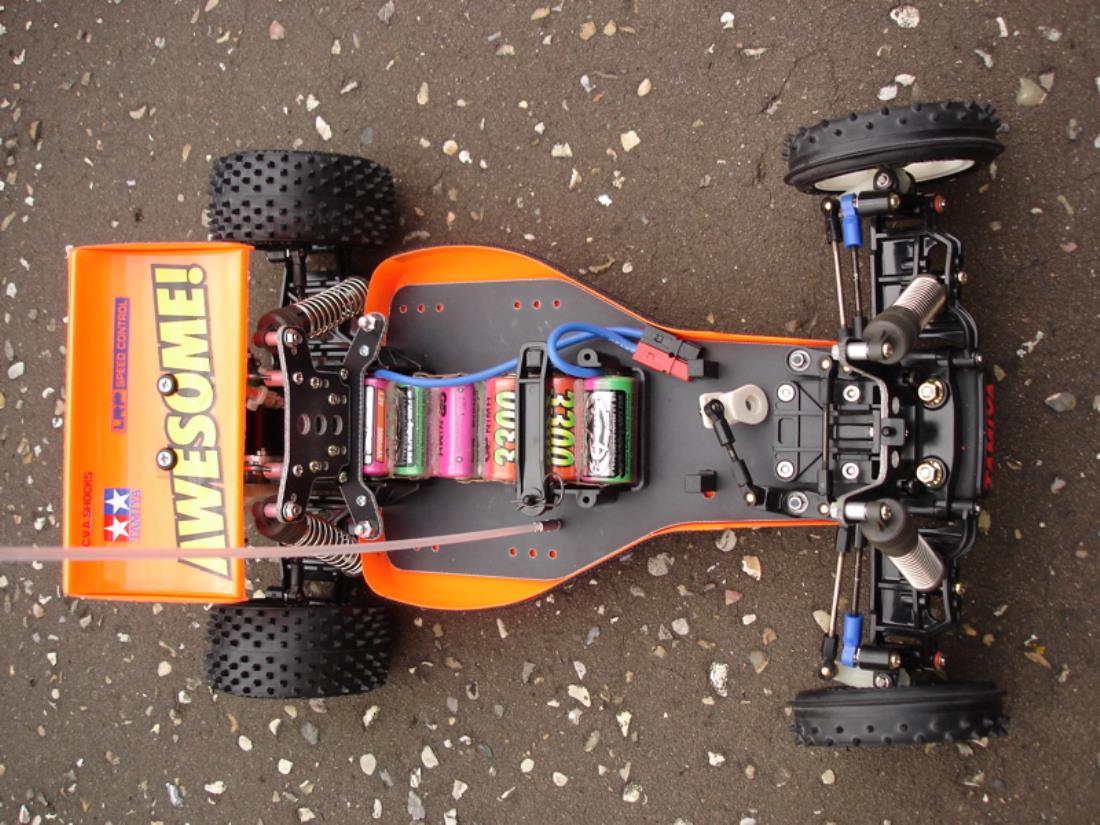 you know when you've been tango'd

. I've just got hold of a Super Astute and I think it's a super buggy. I love the orange scheme, suits the buggy really well.

Hi Tom!
This car fits your collection perfectly! I´m glad it came to the best home i could wish for! I could trade the whole day with guys like you!!!

Hey muratti! Many thanks for the kind words. I agree its a perfect addition to my collection! You've gotta love the 1990's Tamiya Buggies.

Always like the Astute and SA, also very nice scheme!