Rumaging through my old pics of home found these 20+ year old ones. Geez, I'm old.


The best part of this nitro truck was no starter needed. Plug in the glow lighter and use the plastic zip starter. The problem arose when the nitro-methane fuel began to attack the plastic and the handle broke off...time to bring out dad's vise-grips. The last triple-photos are another's truck. The last pic is the full color ad in Tower Hobbies 1985 catalog.


The O.S. engine was an absolute brute in reliability. The .10 engine however was much to small and underpowered for this nearly 10lb vehicle. I eventually made the truck 2-wheel drive to get more power to the rear wheels and continued leaning out the engine until it stopped running. I seized the engine too many times to count. Even with the optional heatsink and being middle of winter (in Washington State where I grew up it gets to 10-20 below zero F.) I over-heated the engine. I often would get a small block of ice or snowball and plop it on top of the heatsink to keep it under some semblance of temperature. Fortunately I never cracked the heatsink or engine block. :)


We all learn our lessons don't we? Jake (my childhood cat) was patient and kept watch over it for me. 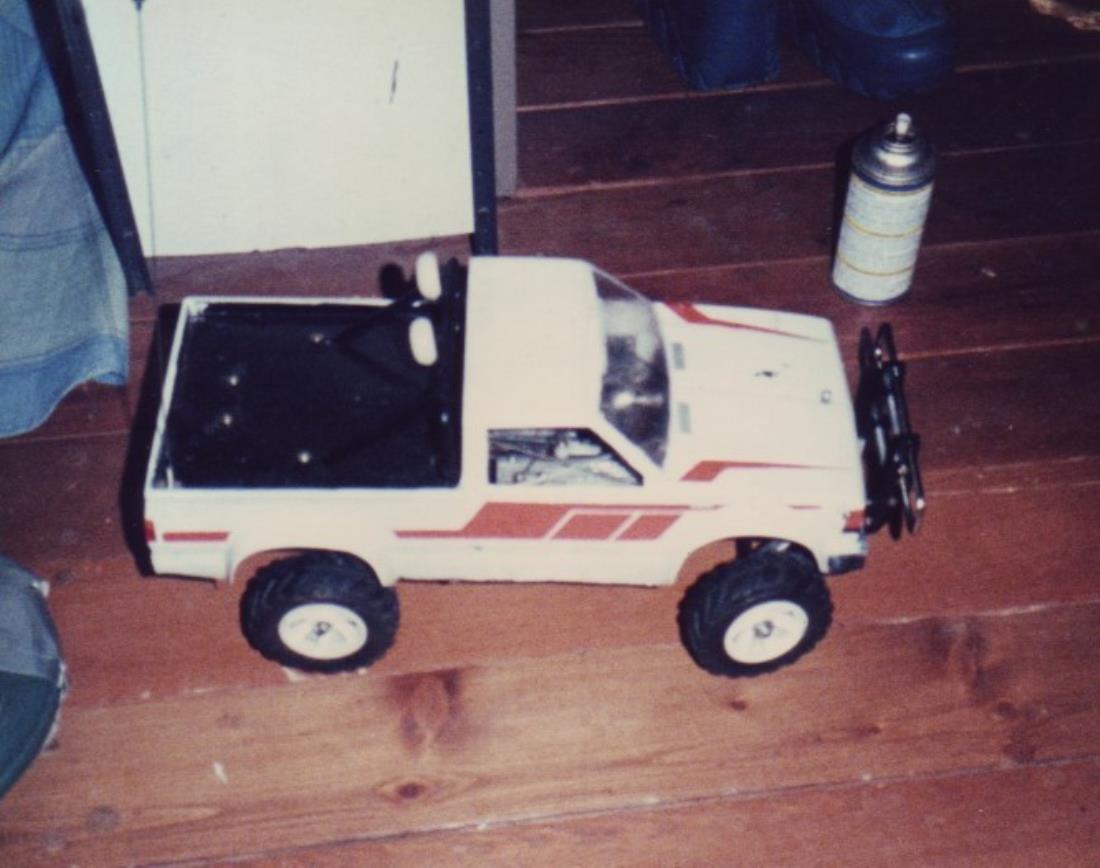 Fire-breathing brother to my Chevy Stepside 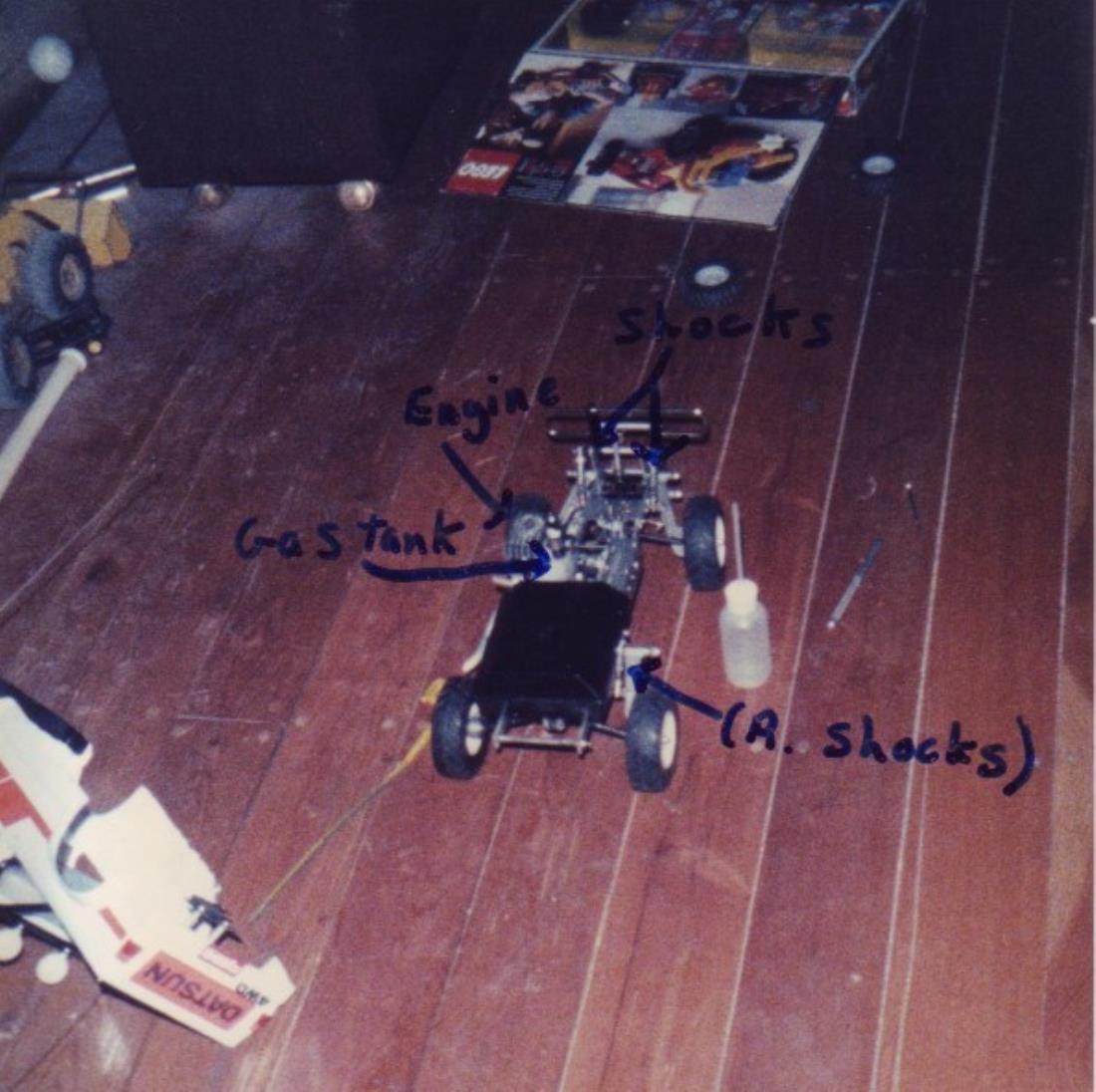 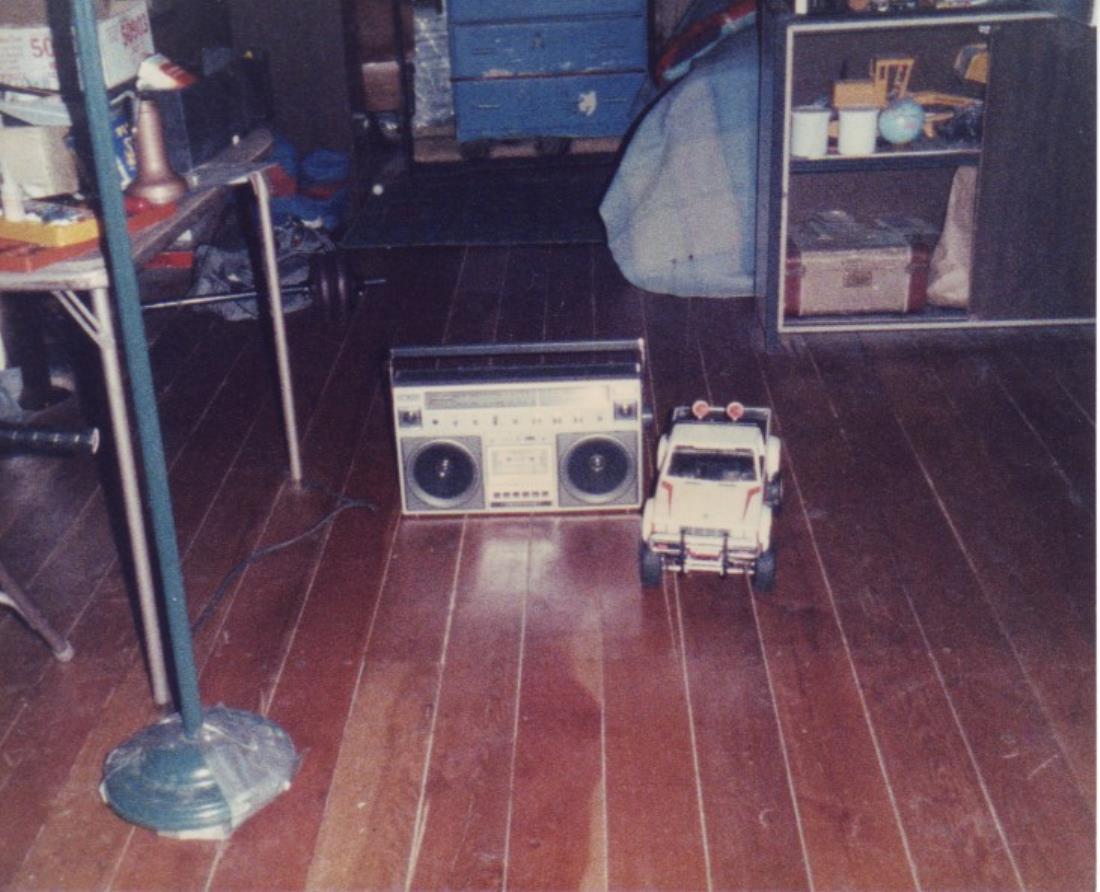 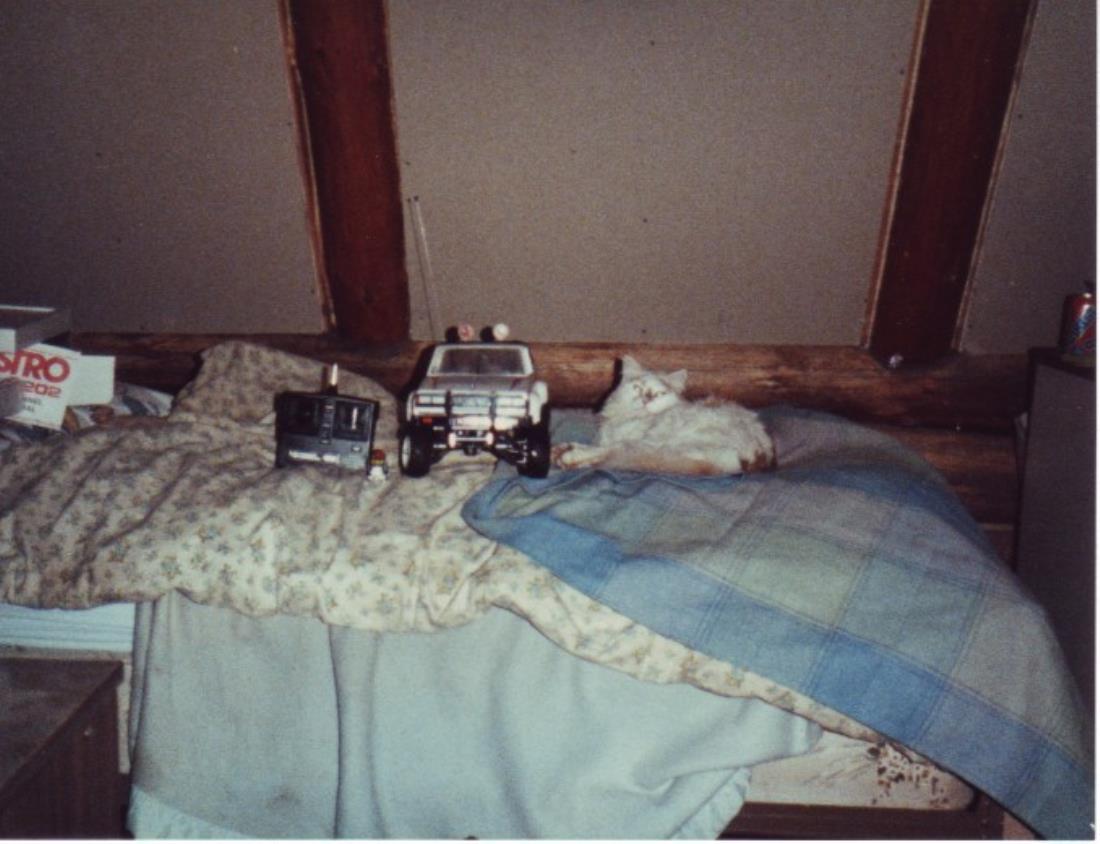 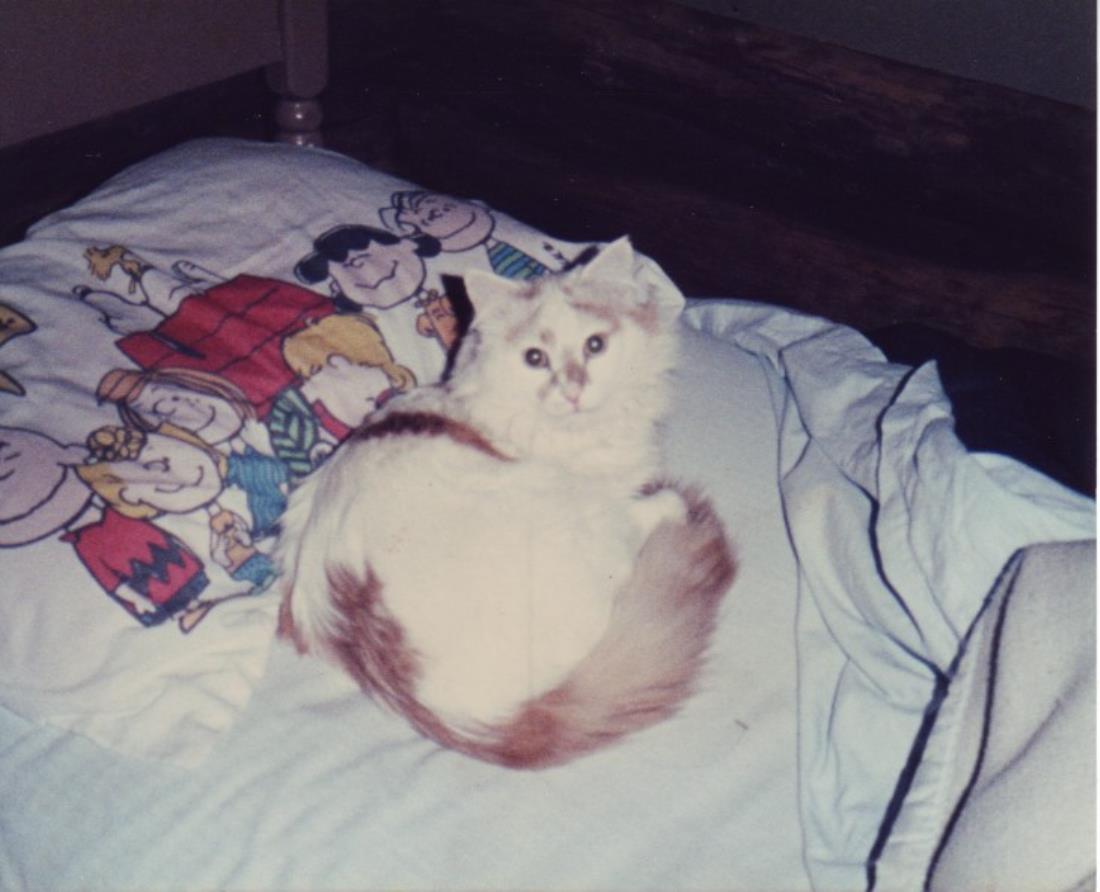 When do I get to play? 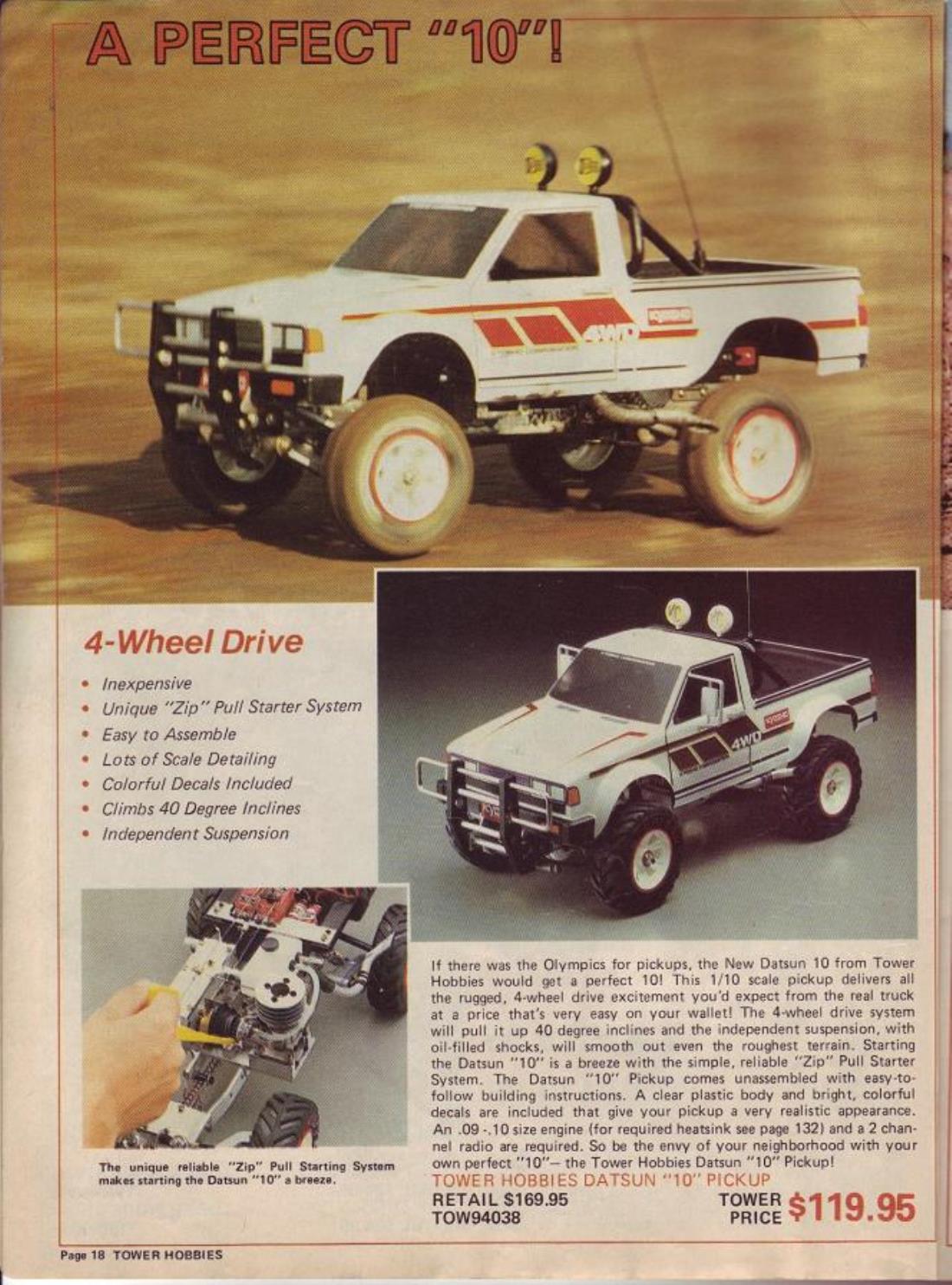 Jake or the Datsun??

A ghetto blaster, an RC car and a pet. What else does a boy need?

Love those old pics, also you must feel very lucky to have Kyoss Hilux equivalent back then!

great old pics, its always fun to see where you start.

Old pics compliments of a Kodak Disc camera. Small and grainy pictures. Boy were those the days...