AYK Radiant. Ever since I sold my last Radiant to Wldnas I've regretted it, even though they're not desperately sought after they don't come up for sale often. So when I was contacted by club member'Trismagic' and offered a boxed RTR one as a trade (thanks Tris) it didn't take me too long to decide I had to have it ;)

It's in excellent condition with the only sign that it's ever been run being a small scuff on the gold motor guard on the back. There's a few patches of surface rust on some of the metal parts otherwise it's like new. The body shell has been painted an 'interesting' colour (a sort of off white/pink!) and has been repaired where it mounts on the rear shock tower, which is a very weak spot on these shells but still looks good. A sticker on the box states that it is the plastic shock type but this one has been fitted with the alloy hop up shocks, the plastic ones were included but don't appear to have ever been fitted.

The original MSC has been removed and a period electronic speed control has been fitted, the original was included but was incomplete. It seems that the AYK manual speed controls tend to wear out quite quickly due to their sharp contact points on the contact arm.

I like to run my vintage cars, especially the chain driven ones, so after a bit of fiddling and a new stick pack was installed it was time for test drive. I had forgotten how noisy these things can be! I could barely hear the whine of the motor bearings and buzzing of the speedo over the row coming form the drive chains! Despite the noise, ravages of time and neglect the Radiant proved it could still move - surprisingly quickly :) The servo saver was too soft to transmit the force of the steering servo adequately which lead to a few near misses in my back garden. I had a rare attack of common sense and decided that it was time to stop before I wrecked it :)

I'm glad I've got a standard Radiant back in my collection, it was a hole that needed filling.

If you have any AYK cars or parts for sale or trade please contact me. Condition isn't important - good, bad or ugly let me know what you have :) 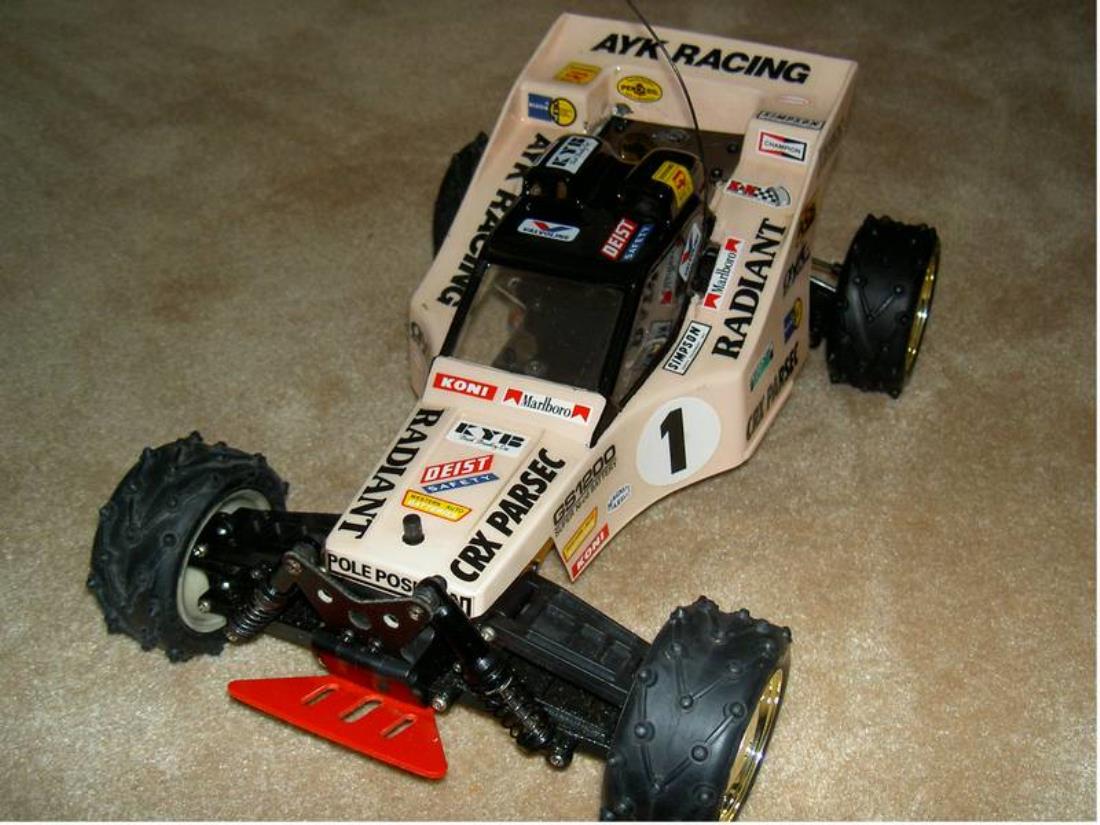 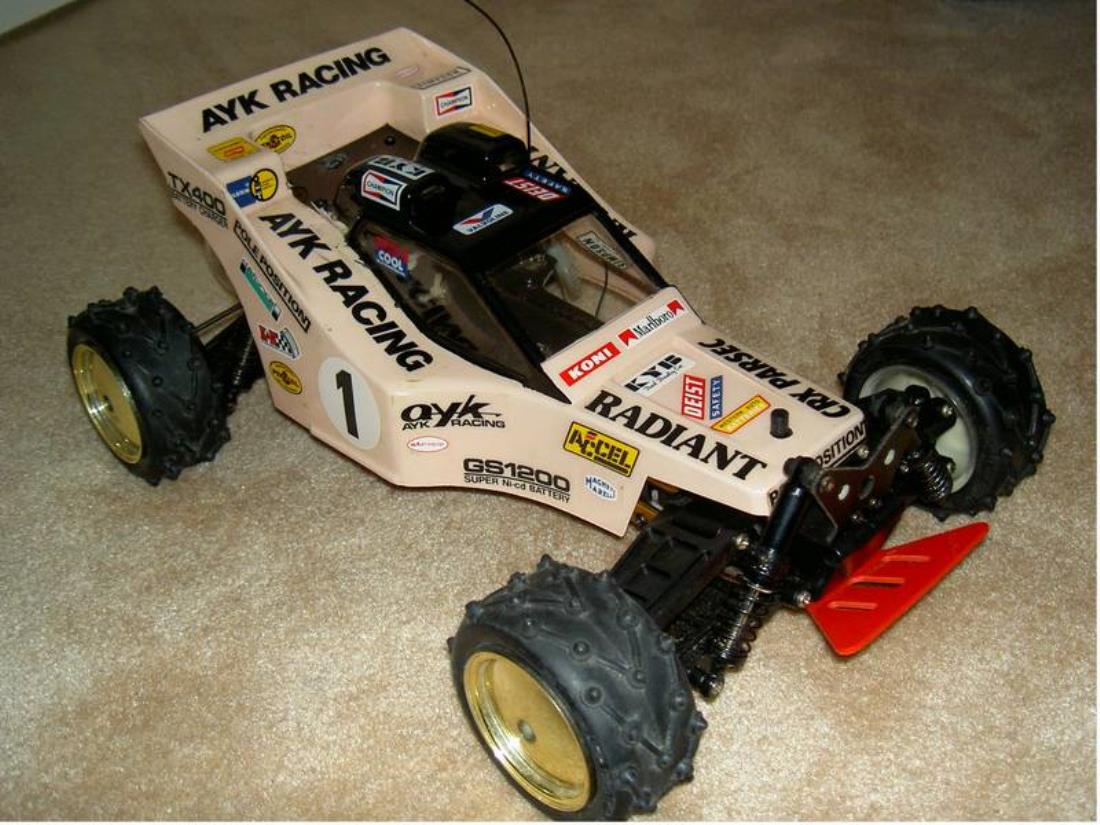 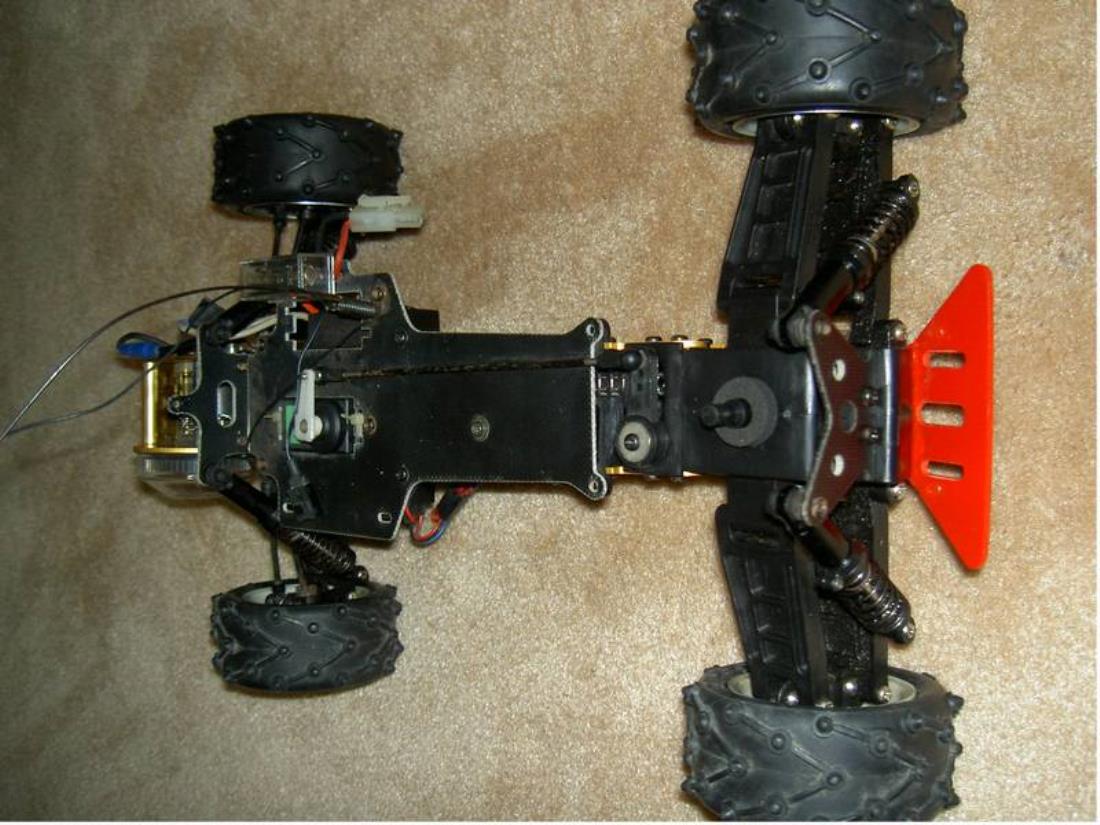 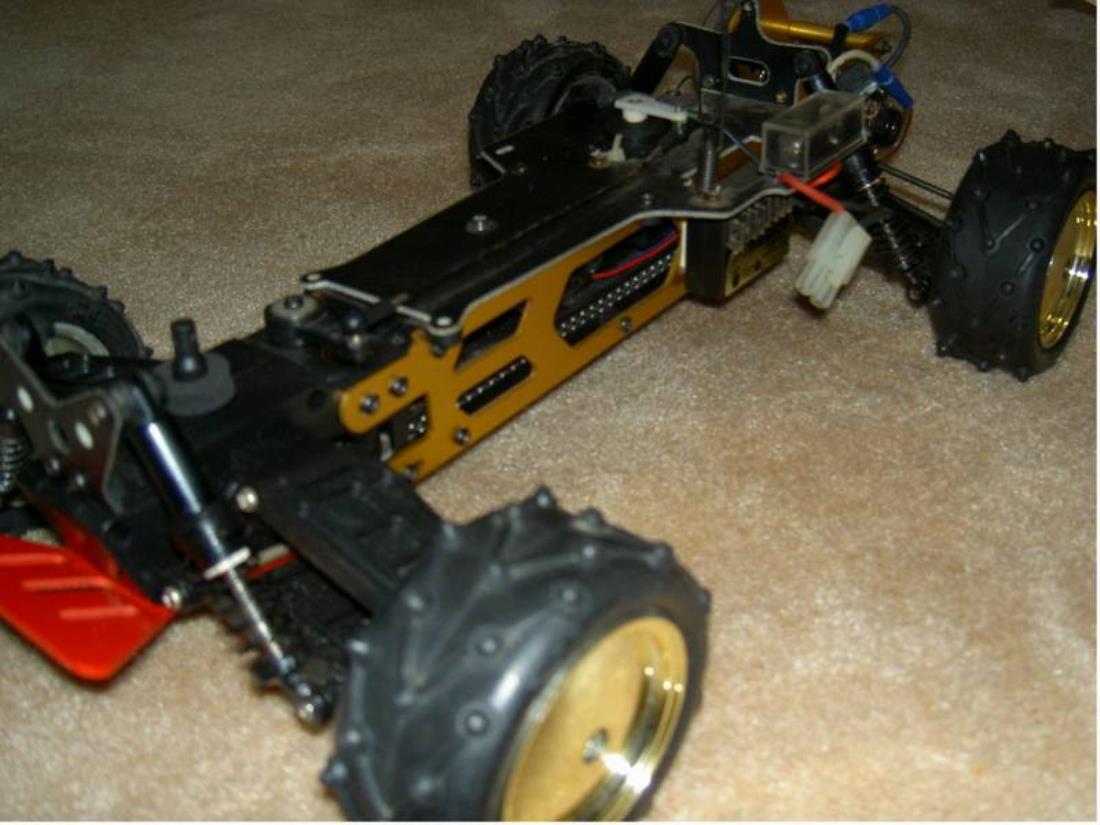 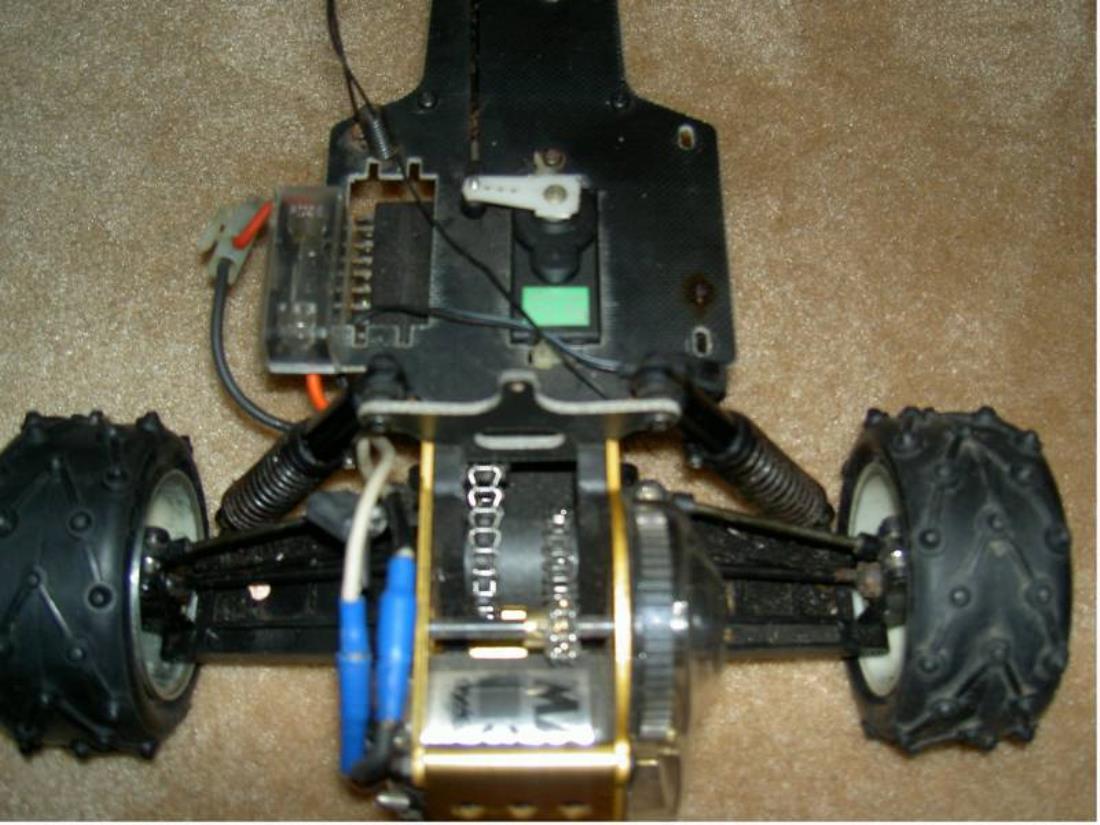 Glad you are pleased with the car!!
Looks good in your collection and i know it will be appreciated more by you.Very happy to trade again cheers Tris