A bloke I'd dealt with before phoned me up and asked if I wanted a Hilux 4x4 - I said no (honestly) I had already spent too much on cars etc. After a bit of haggling I just couldn't say no any longer (he was haggling the price down - not me). He described the car as being in good condition. When it arrived I was amazed it's in as new condition. There are some foam sticky pad bits left in the radio box but other than that it doesn't look like it's ever been used. :-) It even has the door mirror!

I am a bit puzzled as to why it has Blazing Blazer wheels/tyres on it though - might have swapped bodies at some point? 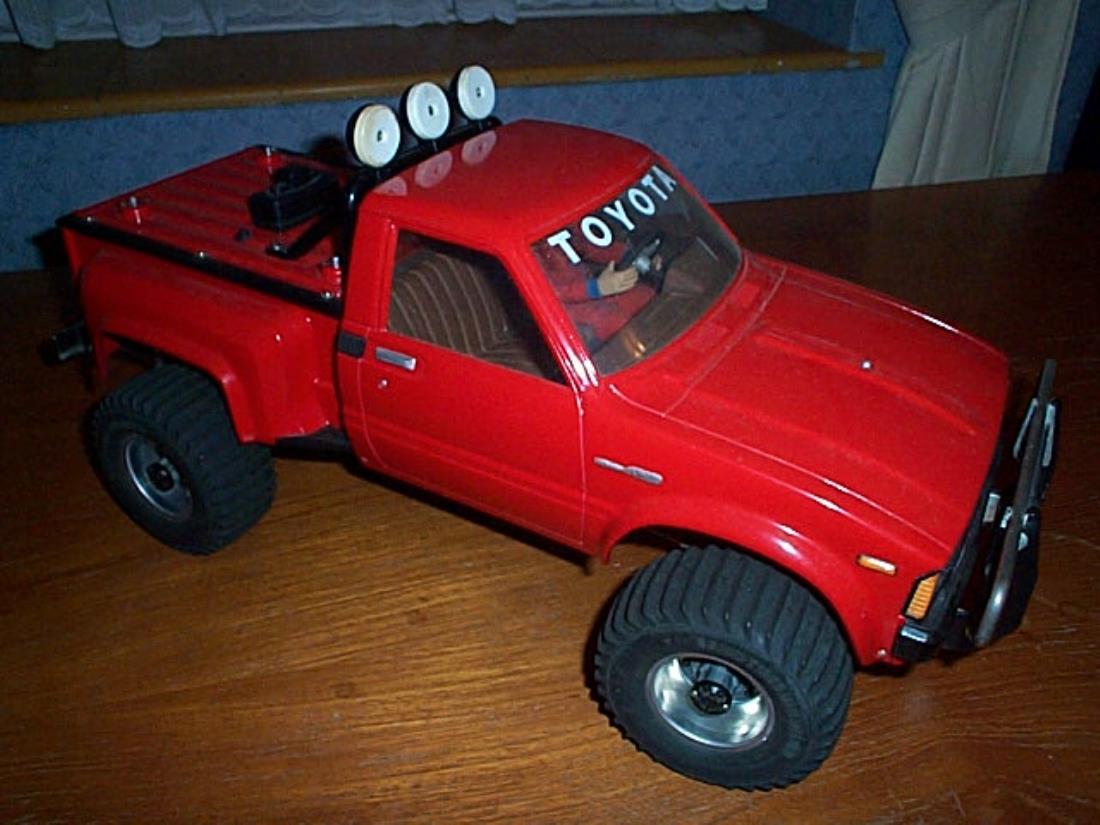 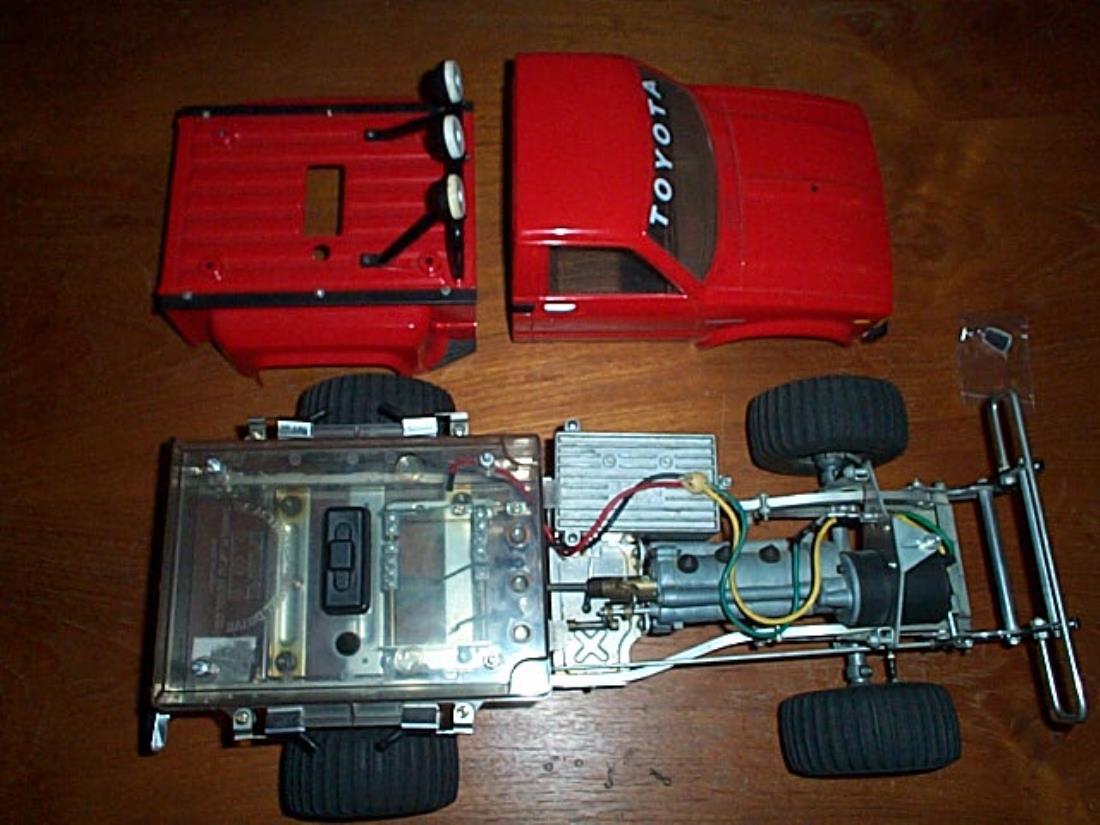 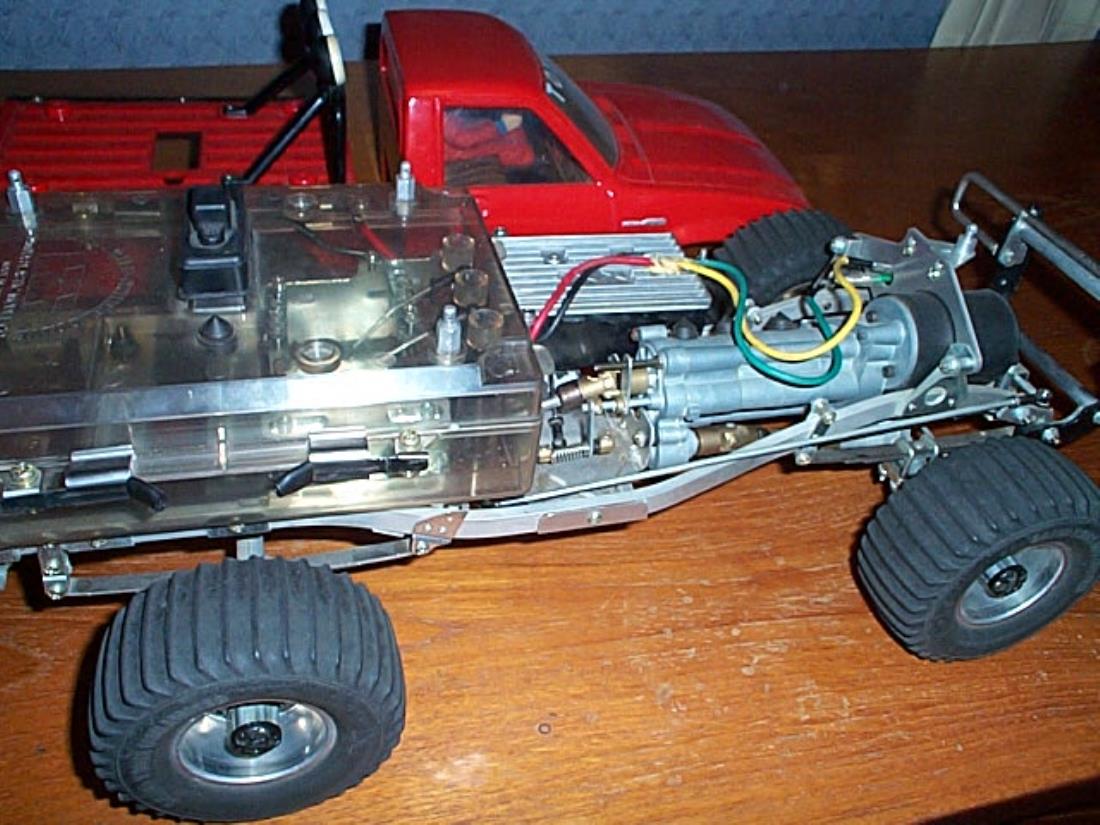 I'd say it only has different tires, but anyway, the truck looks gorgeous with those sand tires.