Wasn't sure which car to put this under, but as it is mainly a brat chassis, here it is!
Have you ever had a project idea with the intention of running it, and its turned out so well you've been scared to get it dirty?!

I bought a Chrome chassis brat NIB on ebay, just for the chassis and sold everthing else for a profit!
The shell is a blitzer beetle jobbie, stolen from my Monster Beetle.
As i intended running the car, i wanted to improve the suspension so that it didn't keep rolling and smashing the shell up. So Aluminium Tamiya shocks were fitted all round.
After a few hours of ace craftsmanship i knocked up aluminium front and rear bumpers, that look great and are actually quite tough.
Then its just for the sport tuned motor, ball bearings and still need to fit radio gear and esc.

I will run it, but only on grass and sand, nothing too crazy though! 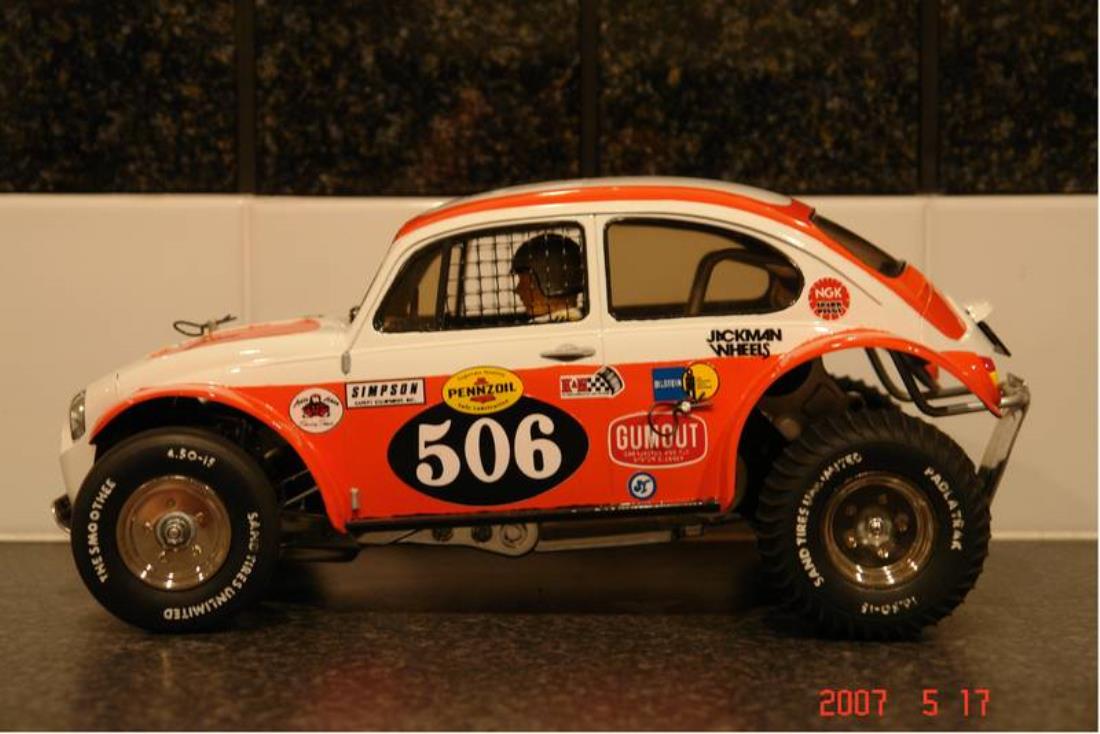 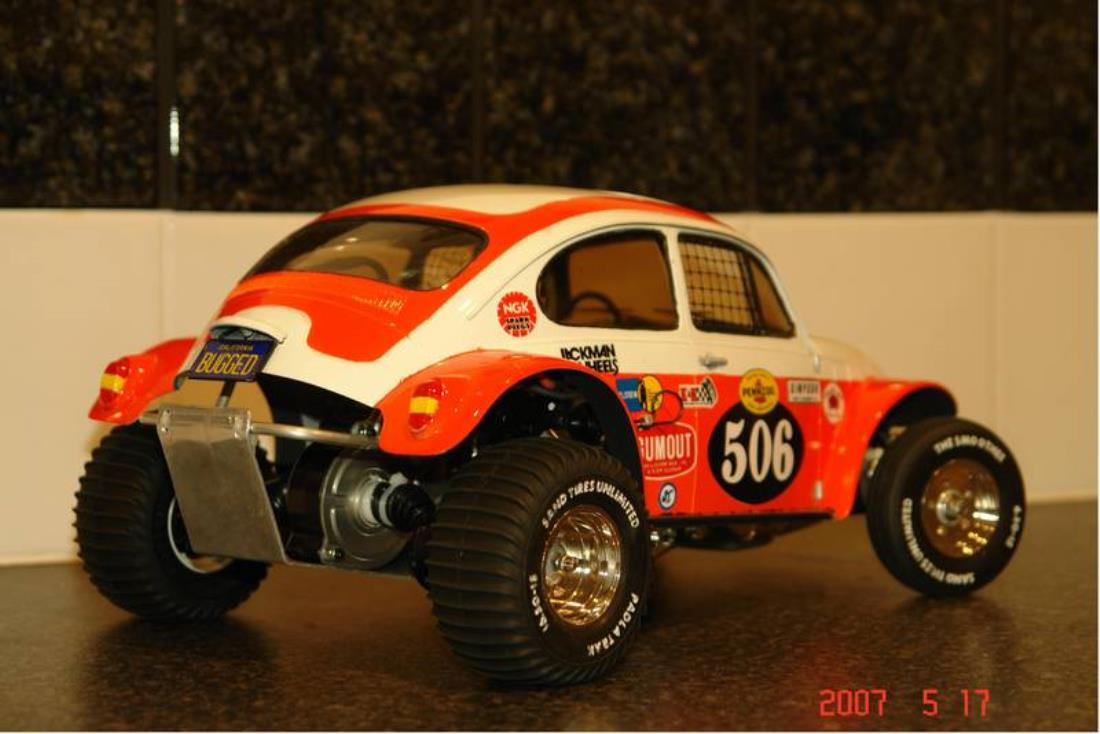 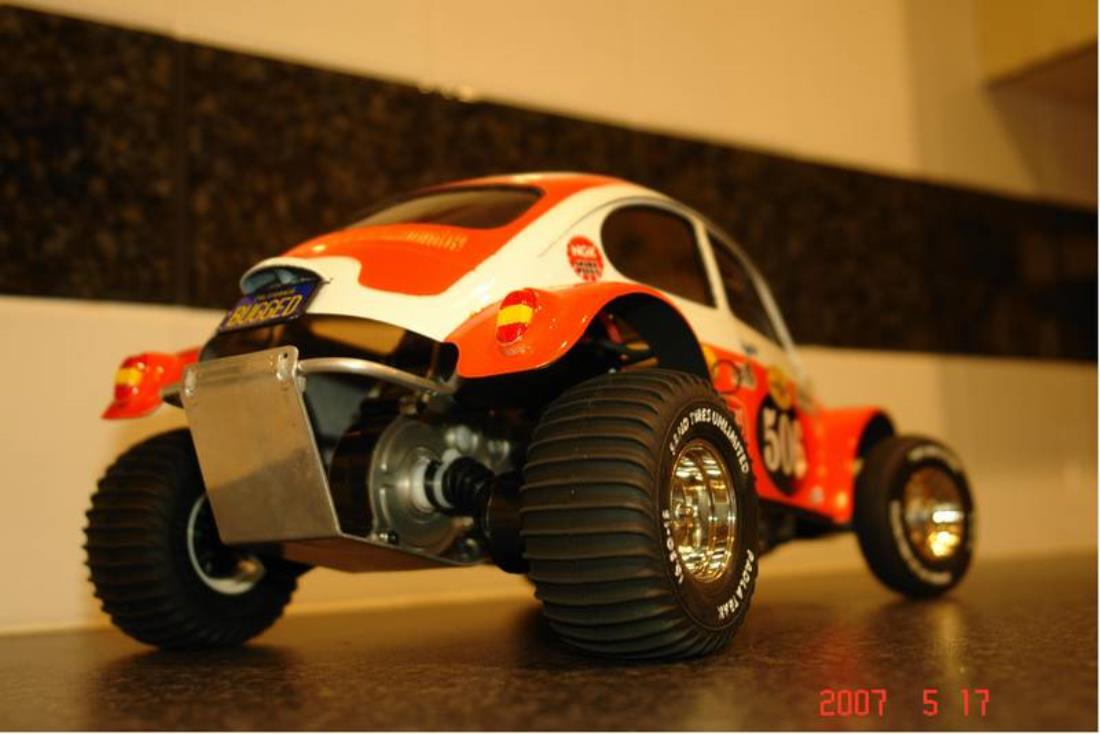 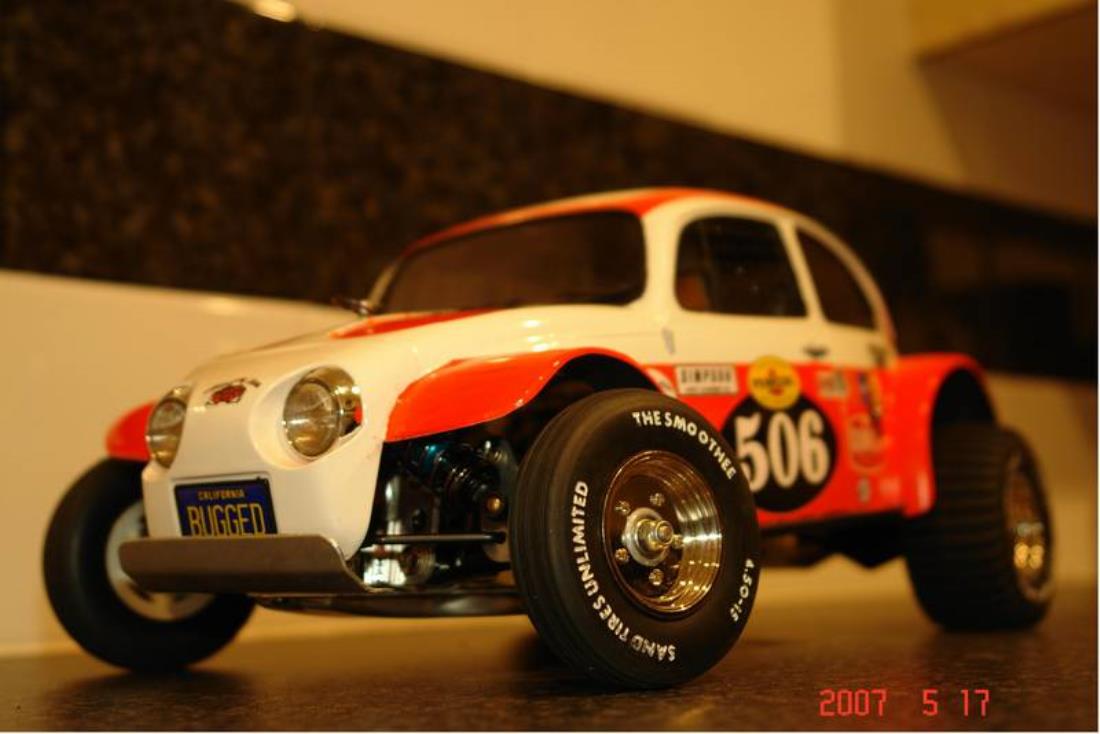 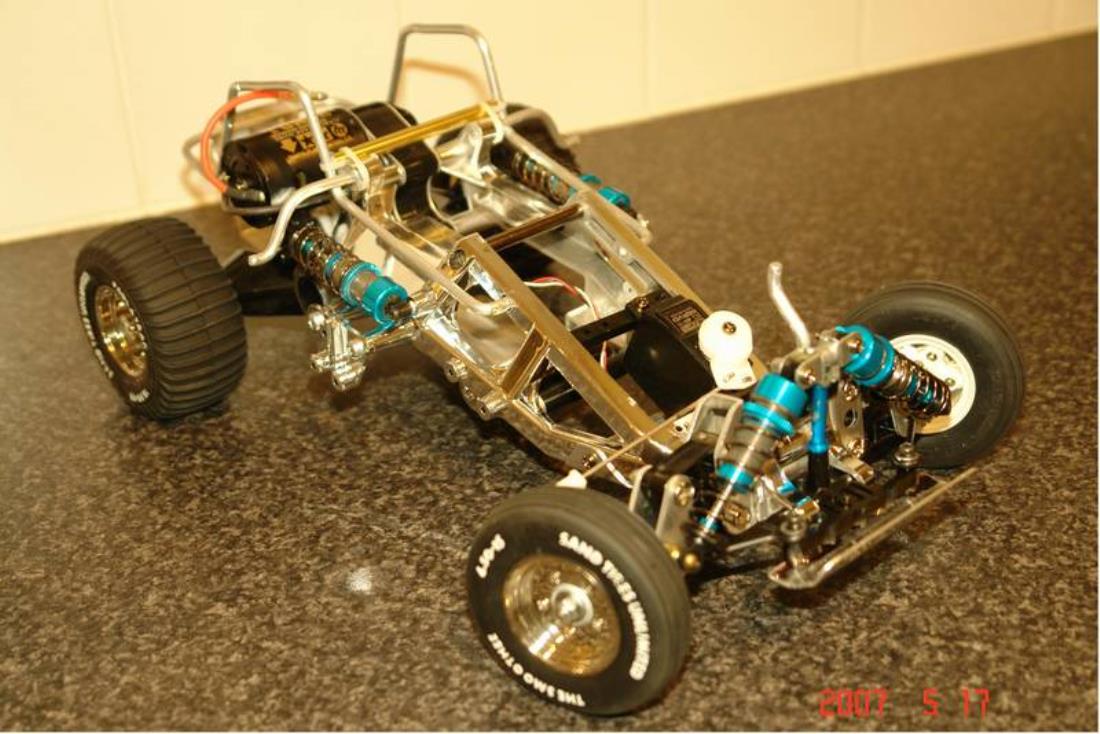 Nice work on your chassis!

wow, absolutely perfect stance, full marks on the bling chassis too. The only neg, and a tiny small neg, is that i'm not fussed on the longer blitzer nose cone. You have made such a top notch modernisation of the scorcher it deserves an SS or MB nose. Awesome work

This looks amazing. If you're scared to give it a proper run perhaps you should look into getting a lexan beetle shell from Parma. You could paint it the same (or not) and feel a little more brave about running it

Very nice job on this one,gives me a lot of inspiration on my beetle,did you cut the side windows? The safety window net, did you made that yourself? very very cooollll!!!!

Awesome!!! I wouldn't want to get it dirty either!

Woa, Simply amazing, I love the bling and the cage work, and the wheels, and the paint and the shocks, and the chasis, ha ha, everything!!!!

That looks fantastic, good work, got a great semi street stance to it.

Thats the best Scrog i've ever seen! (scrog being a scorcher/frog combo

) Maybe you could make a lexan skid-protection plate to go under the chassis, so the chrome doesn't get wrecked when running? I did that to my thundershot after i painted its chassis.

Great innovation on the chassis design! Best Sand Scorcher conversion I have ever seen.

Wow - this looks awesome!!! I think you've just convinced me to stop work on my SRB runner and go pickup a space frame!

Looks cracking! - you need to put the rear tyres on the right way round though!

Thanks for your kind comments guys. Green Beetle, i got the sidenets off ebay, about £3 buy it now. undertray sounds a good idea too. I found the only probs with the beetle body on the frog chassis are the sjightly longer wheelbase, and the wider track at the front, looks a bit odd. I think i may make up some shorter front wishbones. Well spotted with the tyre cock up!

Lovely converstion. I like the way U fashion the rear cage...Cool