Within Tamiyaclub there are many carefully created shelf queens that will never turn a wheel in anger. Carefully created by a passionate enthusiast who might spend hours on a glass like paint finish or perfect detailing, they will be guaranteed a gentle life of gathering dust with occasional careful handling. These, you could argue, were the lucky ones considering some of the races from the weekend at Kidderminster! Although listed as races, the various classes never had a winner or a loser the emphasis being on enjoying the cars rather than trying to beat everyone else.

This isn't to say there isn't competition, when in the Pumpkin and Lunchbox race I was forever trying to get past the Lunchboxes of Evoman and Biggus Ditchus. Places were forever changing as someone was overtaken, held up by slower trucks or crashed. But while manic, there wasn't the stress a normal race might cause. Who cared if you were losing laps crashing or having to wait for a marshal? If you were broken off from the pack just stop, wait for them to catch up and then jump straight back into the thick of it. This insanity is matched if not beaten by the Wild Willy race.

With the 'Boxes and Pumpkins there is at least some control for most of the lap. They may be keen to pop wheelies but the front wheels see almost as much contact with the ground as the rears. This isn't to say they are at all planted, the majority running the standard pogo sticks for suspension with a semi controlled bounce from corner to corner being the order of the day. While this may sound tricky, it's easy to get a clean lap in comparison to the Willys. Due to the balance of the chassis and short travel of the suspension, luck is much more important than driving skill. You can bet on contact at least 3 times a lap with a roll at least once not to mention the assorted innuendoes making everyone giggle like schoolchildren. This is one of the most chaotic 'races' of the weekend and a must for spectators. Not all races are as hazardous as these however. Unsurprisingly the pace was quite a bit gentler for the SRBs and other, more fragile vintage buggies.

Off track, things are a little more relaxed. With each 'race' lasting 20 minutes, there is plenty of time to charge batteries and make sure the cars are ready. So as not to miss out on anything (and to save a couple of quid) I decided to camp next to the track, something a good proportion of members do. This allowed me to use the car to store bits and pieces overnight and to pit out of the back of during the day, much easier than moving everything to and from a hotel. Once away from the track, there were many things to tempt the wallet, people bringing anything and everything to sell or trade. It was possible to spend hours meandering around the various stalls, moving from rummage bin to rummage bin in search of that elusive last part to complete a project whilst meeting some of the many members of Tamiyaclub. Although I had gone with the intention to slim down my collection, it soon became clear that I would have to be careful not to spend my profits on more cars or spares! Thankfully this year I managed to resist temptation, having bought far less than I sold with my parts sales paying for the trip.

As day turned to evening on the Saturday, the organized races drew to a close as free track sessions began. This was the time for people to get out the weird and wonderful (hovercrafts anyone?) and anything with lights. As the sun set, the track was illuminated only by the headlights of the cars lapping it like Le Mans in miniature only with dafter names and more crashes. Once the last battery of the day had been used it was back to the campsite for beer, pizza and a good laugh. For the Sunday the format is much the same only now it’s time to go home after the last race…… As the final car gets loaded into the boot and the goodbyes are said, the journey home turns into a time to reflect on the weekend. As the miles slide past you try to forget about the cleaning and the repairs to focus on the memories of a great weekend. Perhaps it’s the first corner pileup in a particular race (probably the Wild Willys), a certain overtaking manoeuvre or the banter of Saturday night around the fire. Whatever it is you remember, I’d like to bet that you won’t be able to wait until the next meet. Maybe those shelf queens aren’t so lucky after all. 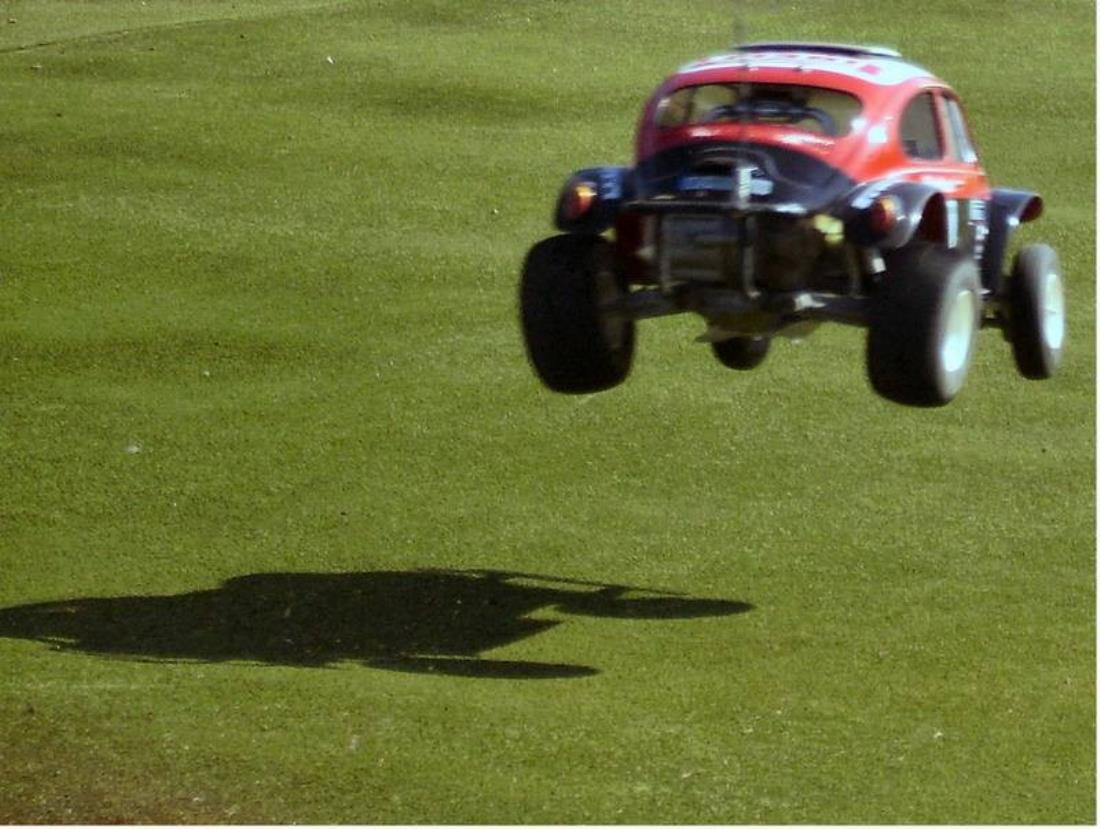 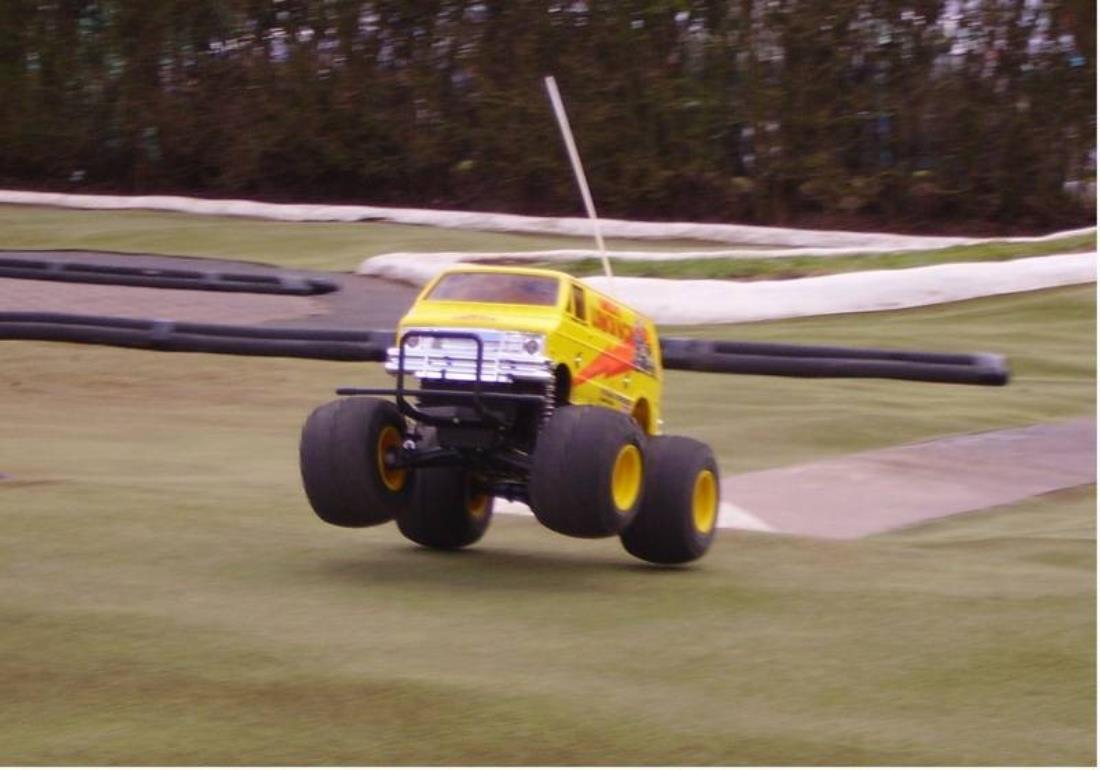 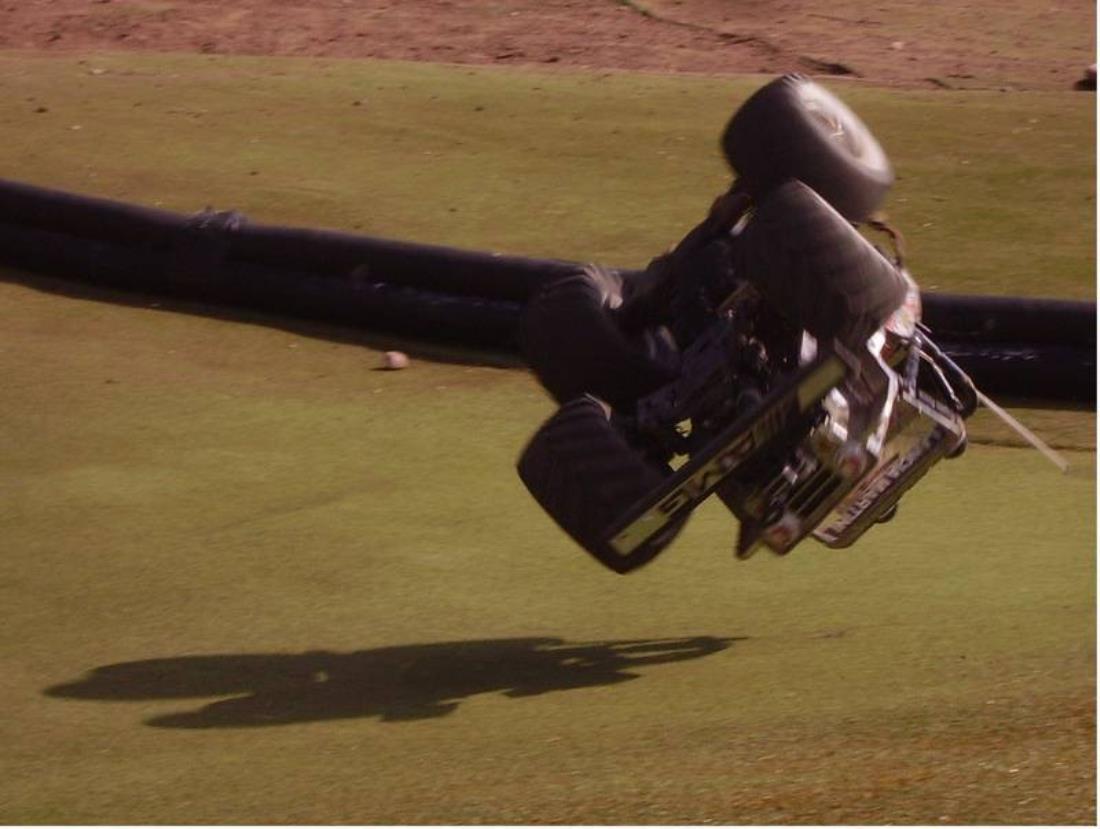 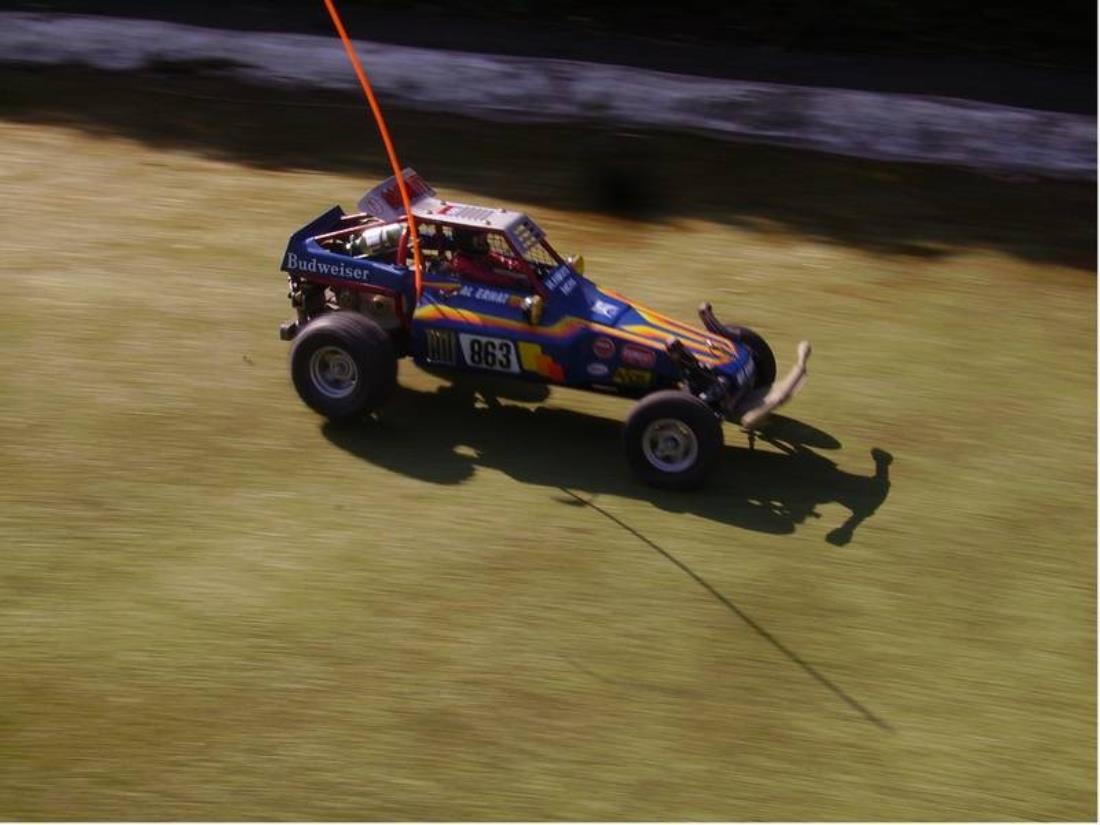 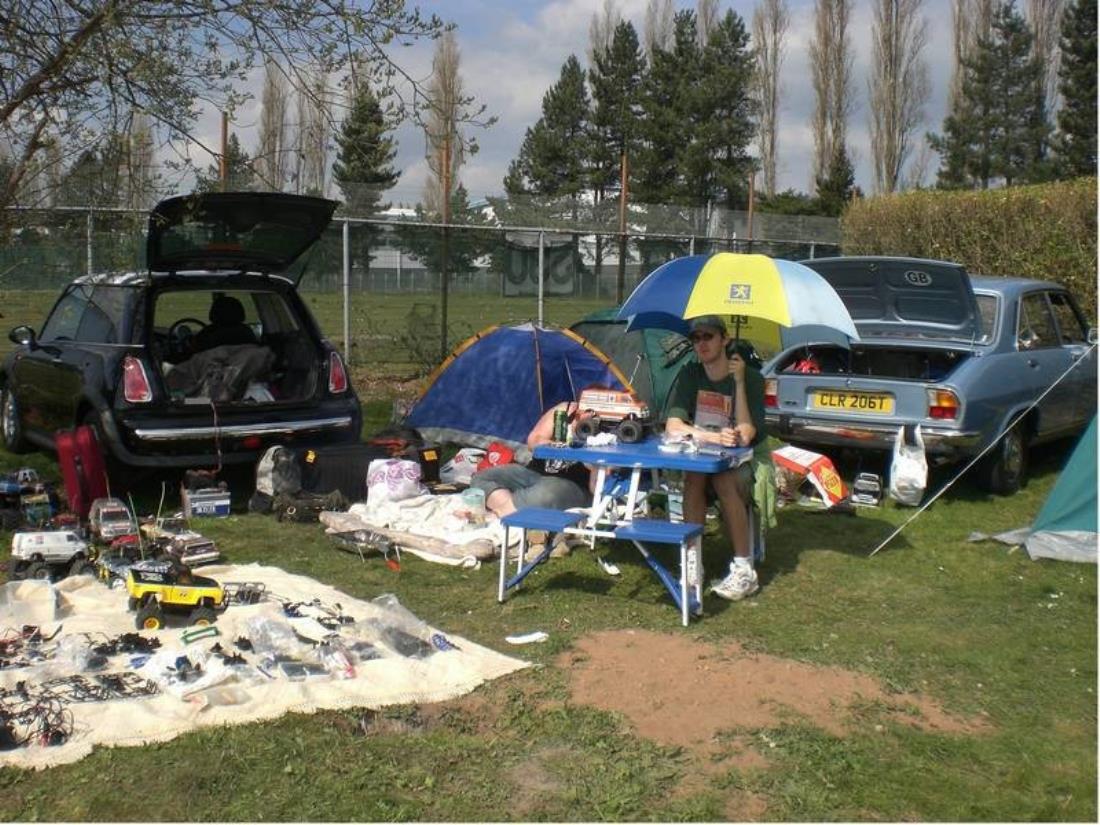 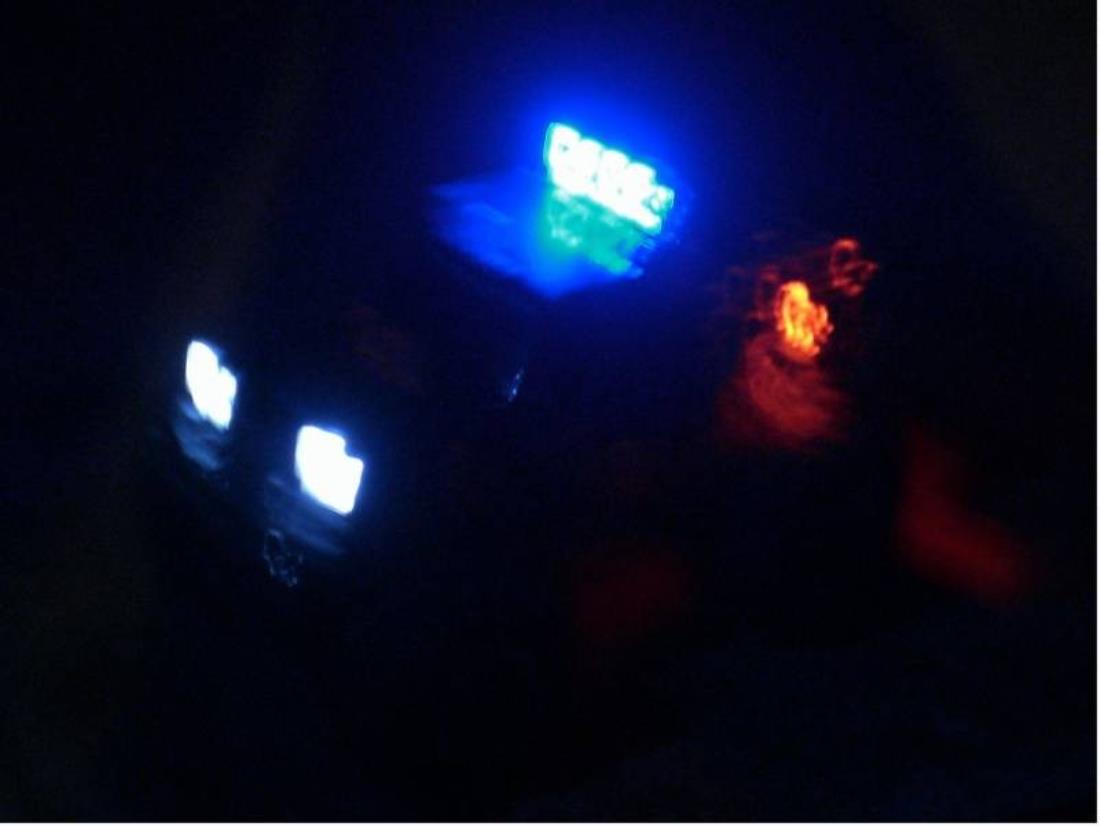 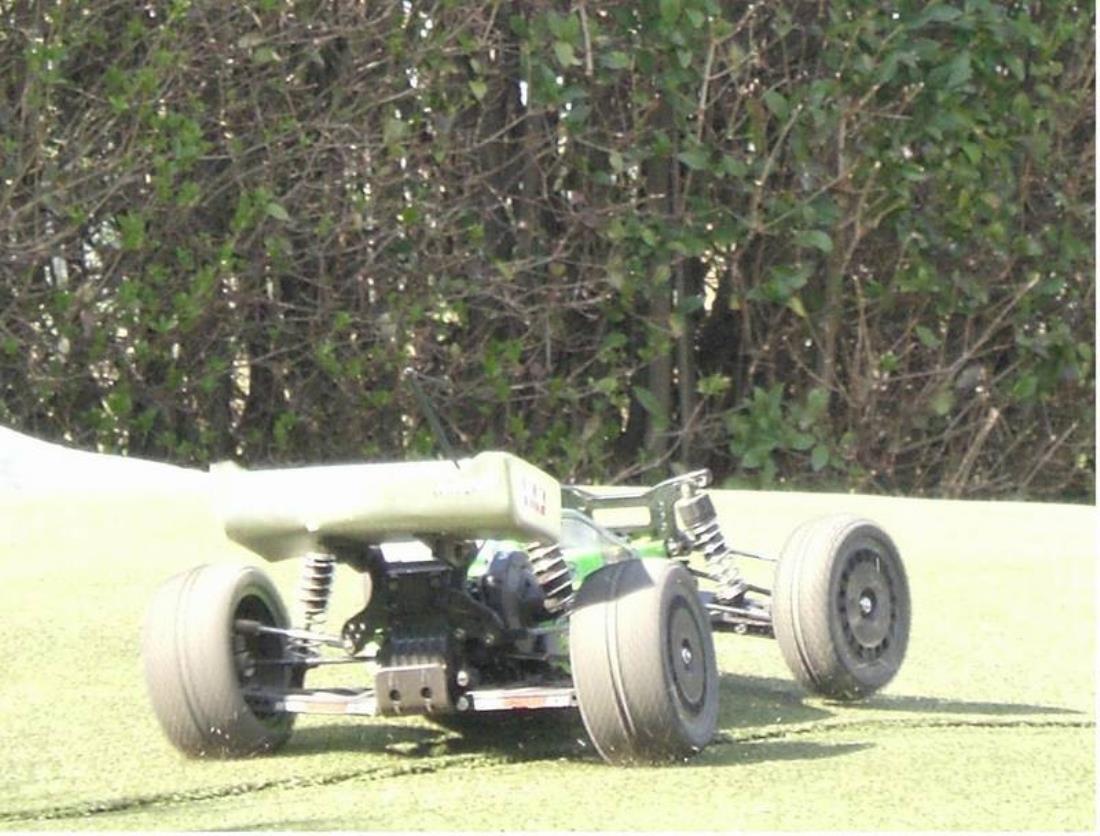 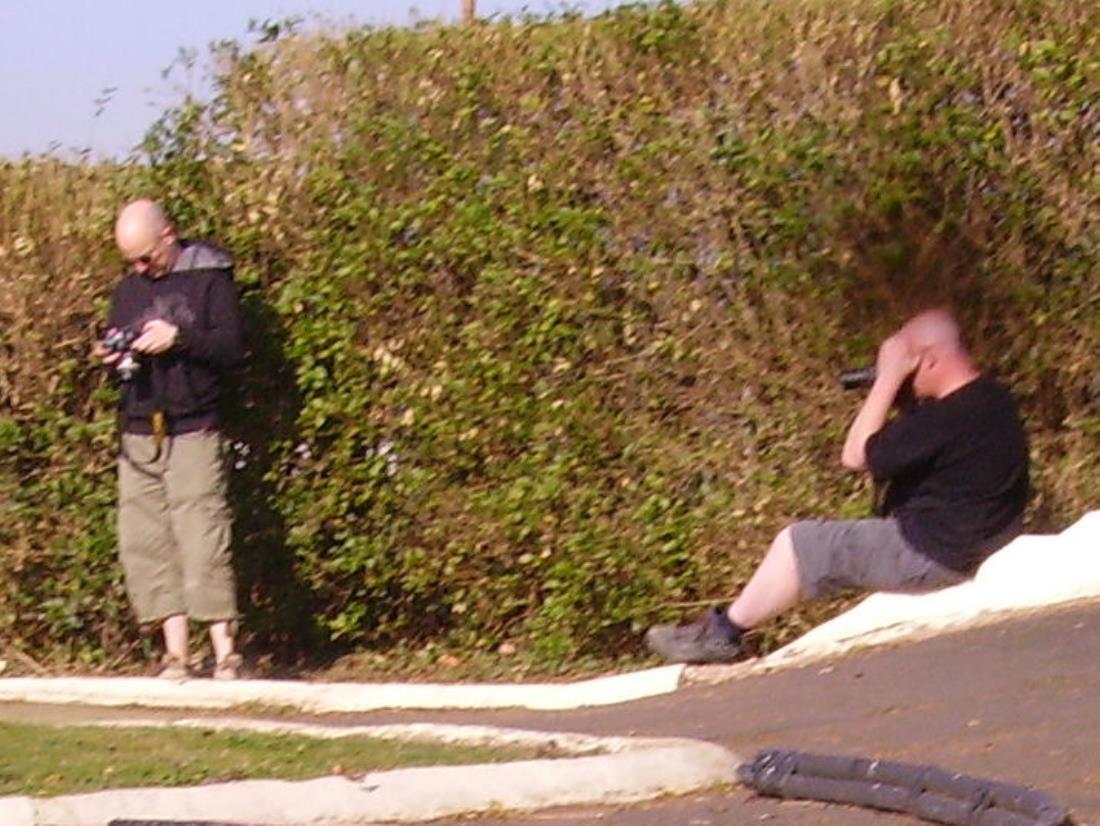 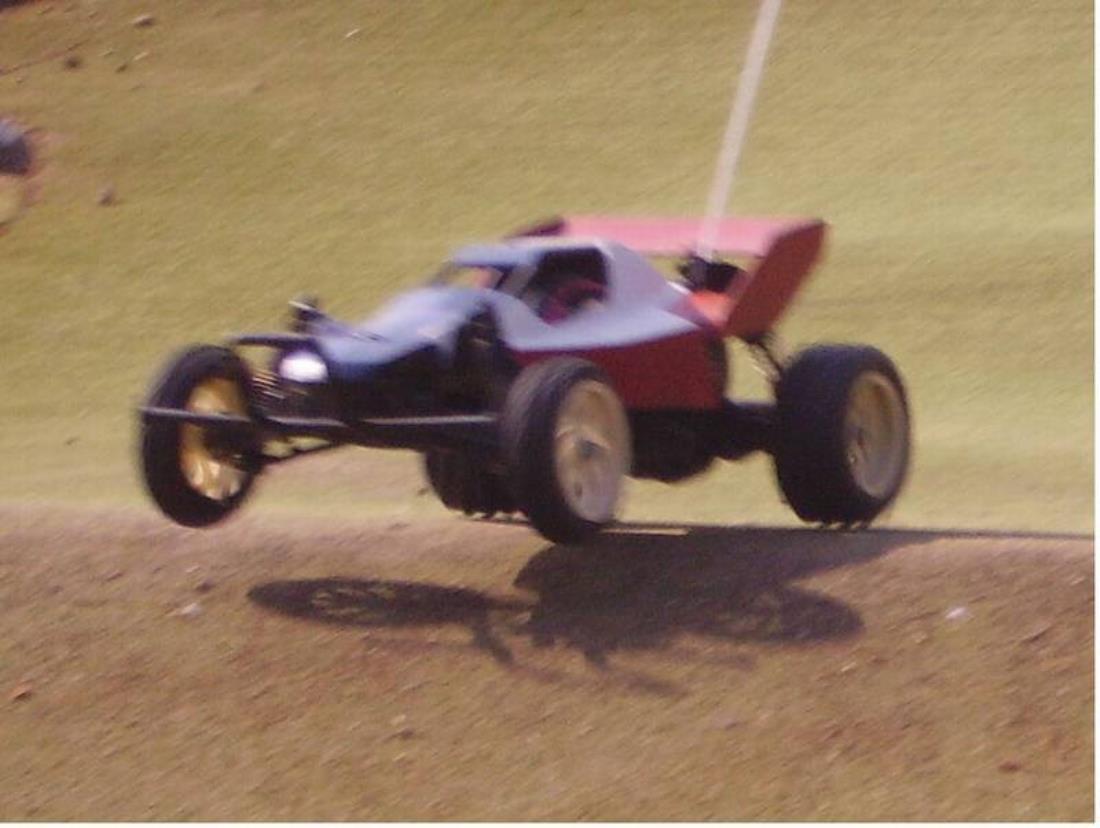 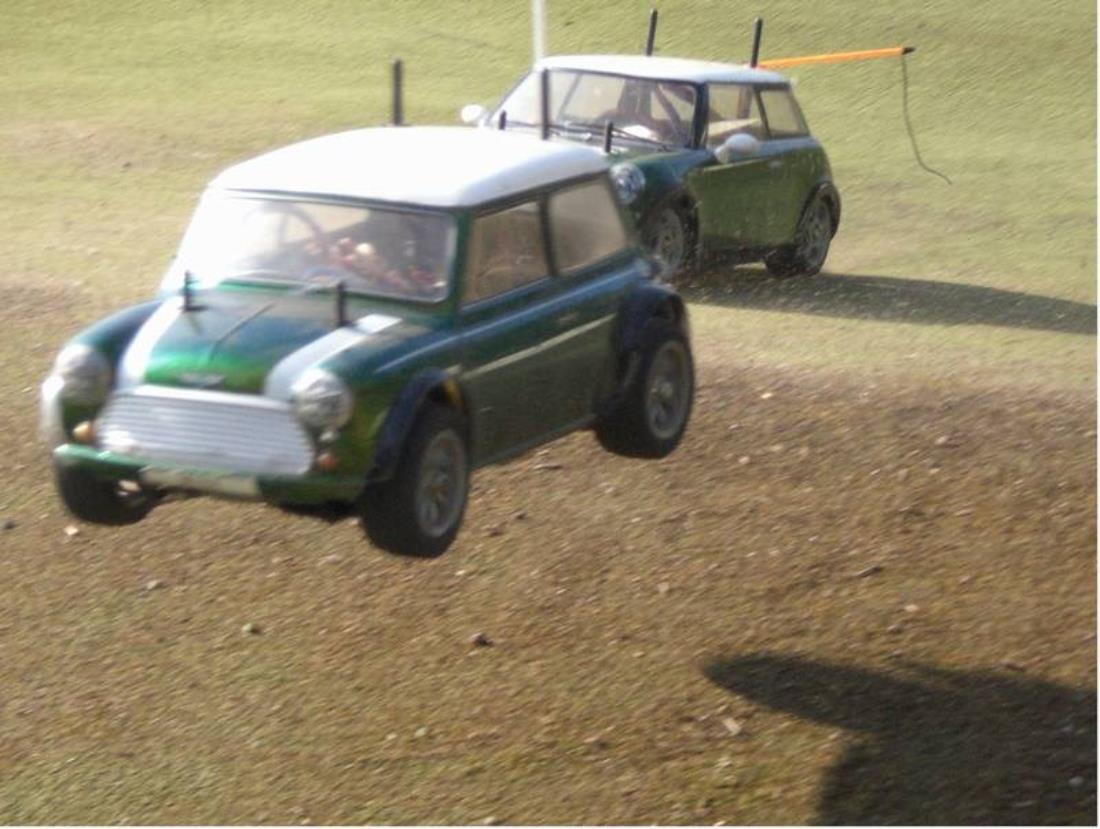 If you liked those pictures, you should see these...
K2K7 - SRBs

Very nice review of the meeting. I enjoyed every word of it.

Cheered me up reading that! - lovely writing!

Very nice writing Alan,so nice to see the other side of your genius..

I wish I could write as good as you in English! Very nice writing, MR. Pushrod. Good writing could be the next challenge after taking good photos?!?!

makes me want 2 go to kidderminster with ma xc so much now, excellent bit of writing there!

Some great action shot there, the first tree and the last one says a lot!

We had an absolutely wonderful time as well, thanks for your most excellent account of the event. As Tamiya Club event virgins we experienced pleasure beyond our wildest dreams - still discussed of an evening. Cracking photo's Gromit !!
PS Any more thoughts about a bash at Red Lodge ?

Kidd 2007 summed up. Nice reminder of the weekend.

Me and biggus did like being at the front playing tag