This Ford F150 Ranger XLT is in very good condition. It's already in a restored state but when I have some spare time I'm going to take it completely apart and give it a serious cleaning. I'm also going to give the driver figure a better paintjob. Update 11/3/2003: I started taking apart the model to give it a complete cleaning job. Guess what: I just discovered that the almost perfect model I had bought for less than 300$ had a Futaba S9402 servo (worth about 100$ new) and a Graupner C17 16 channel reciever hidden in it. Ain't that a nice surprise! And I thought it only had a nice ESC... I'm going to restore the model further to original state with an original speed control and will use the ESC and servo on my runner. The reciever I'll try to trade or sell. 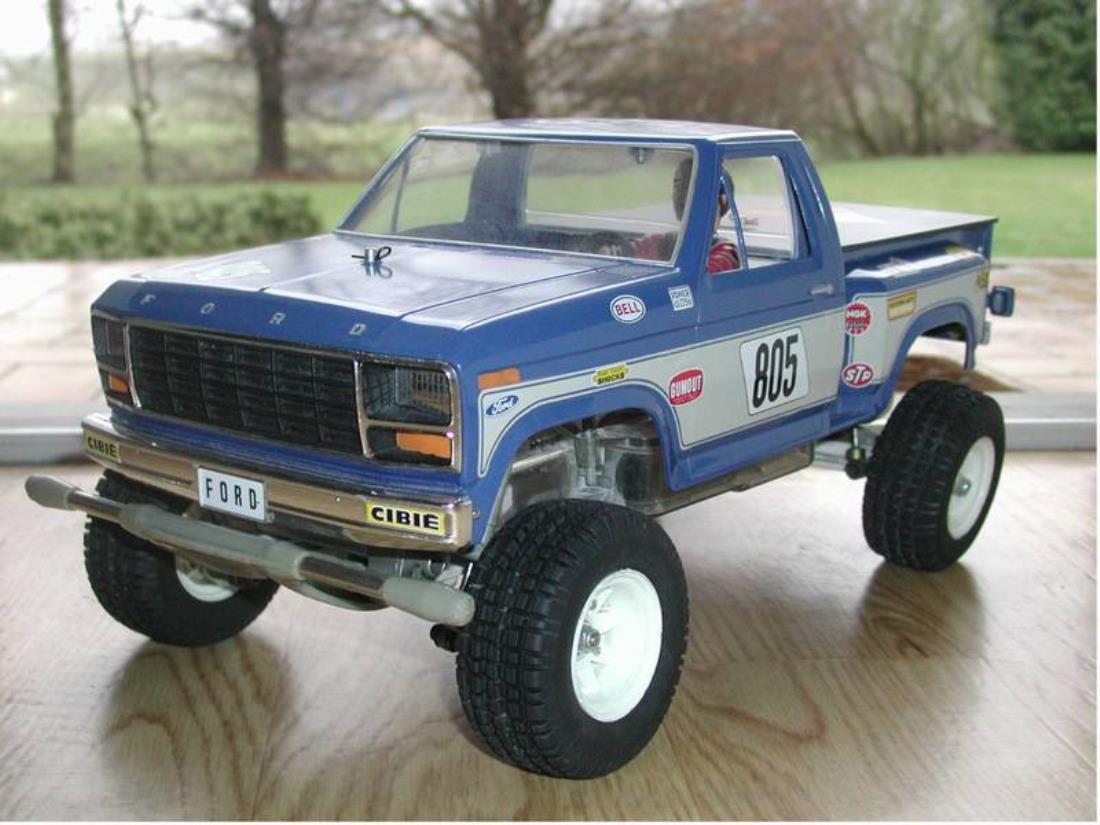 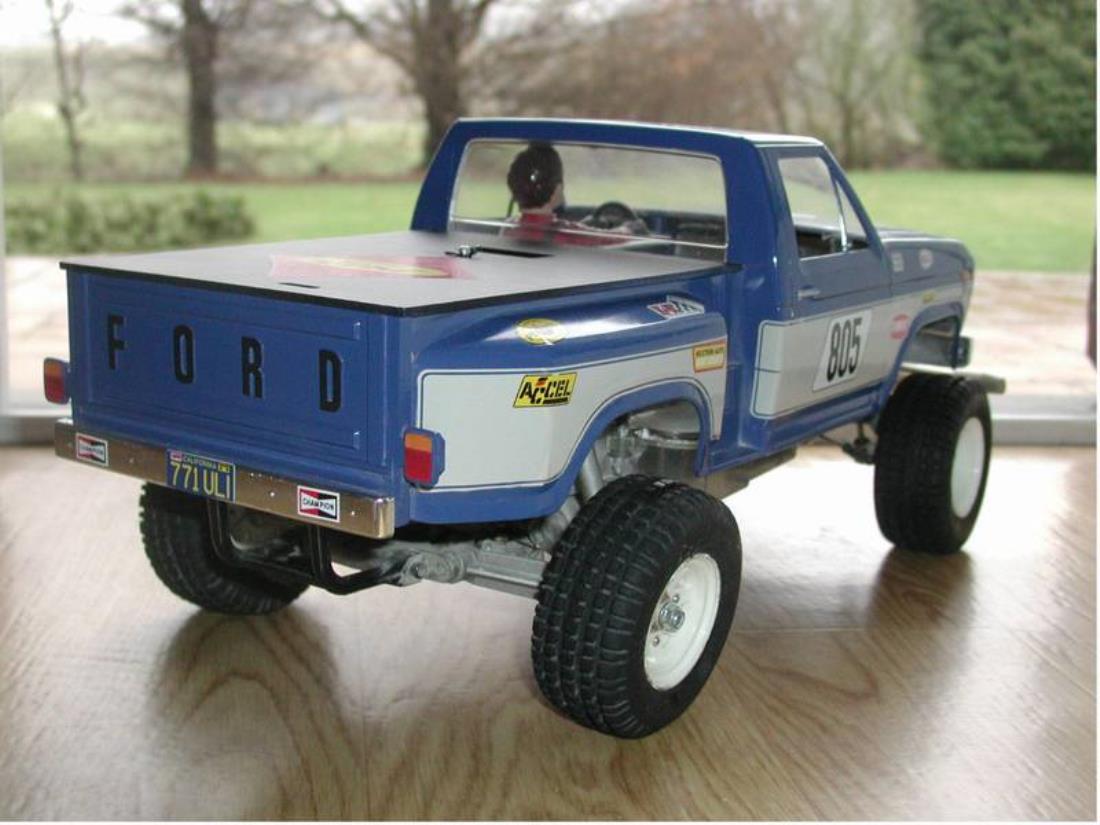