On 31 october 2003 I've bought this Monster Beetle on the German eBay. I wanted to have a Monster Beetle runner and it looked perfect for the job. The paint job wasn't to great but it seemed to be complete and it was an original body with the original nose cone and headlights.

On 12 november 2003 it arrived and after a first inspection I noticed that except for the front wheels it had ball bearings all around. A second nice surprise was that the body was the original white one. It has some small repairs but nothing to serious. So I was doubting, should I restore this body and use an aftermarket lexan to drive the Monster Beetle, or should I just ignore that it's an original and use it for the runner?

Due to lack of time to prepare a lexan body it became a runner with the original body...

Summer 2007 and I was tempted to restore it but stripping the paint of the body did not go as smooth as hoped for. So finally I decided to respray over the old paint. First primed it and then sprayed it in the white and yellow paintscheme you see below. I hope you like it as much as I and my son do (it was my son who choose the colors).

Update 12 september 2007: I always thought that the motor on this runner was some low cost model (it was installed when I bought this car). But today I found out that in fact it is a Dynatech 01R. Now I do understand why it always ran so good ;) 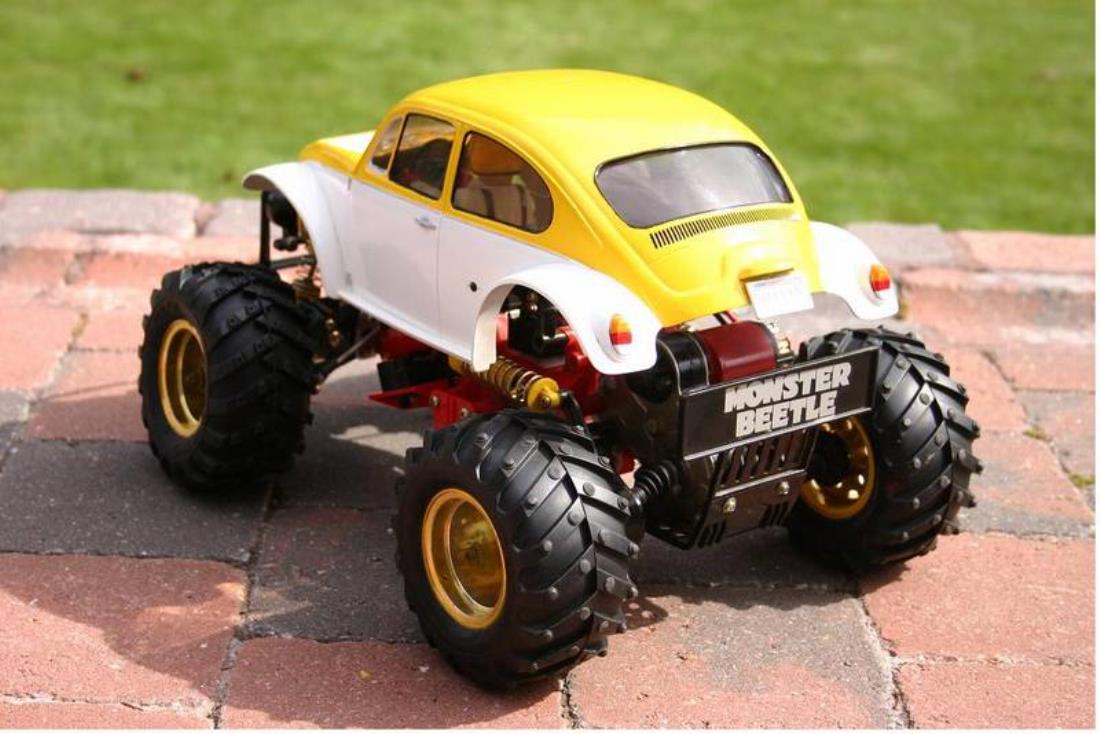 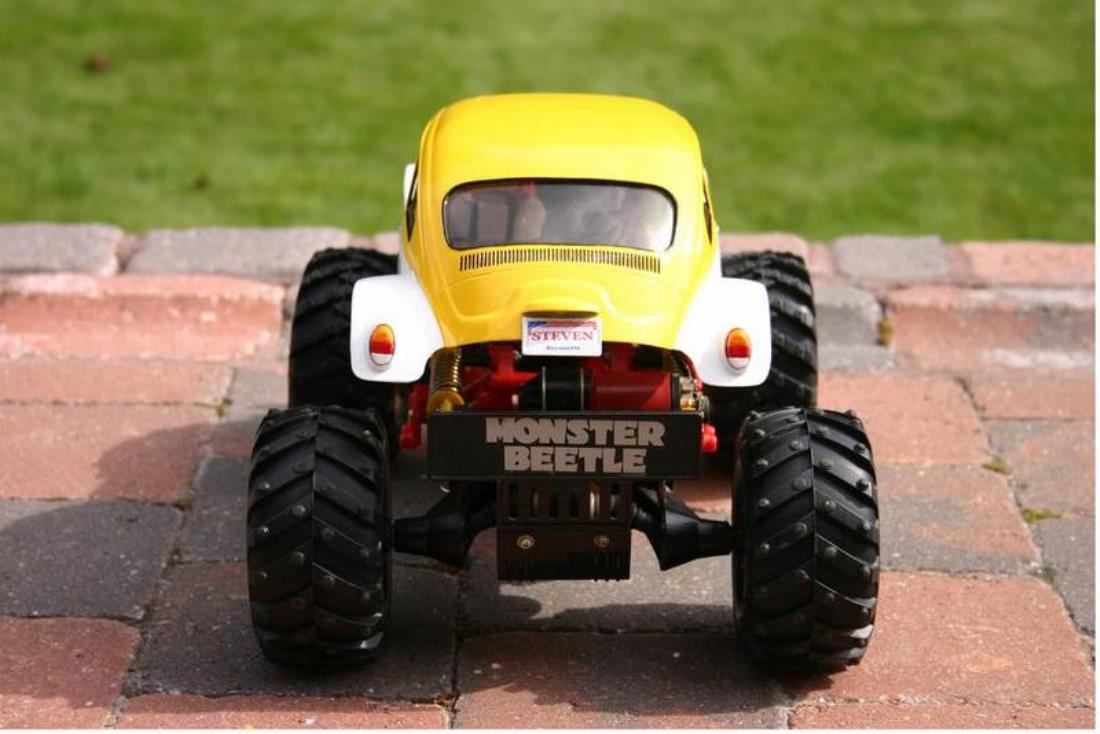 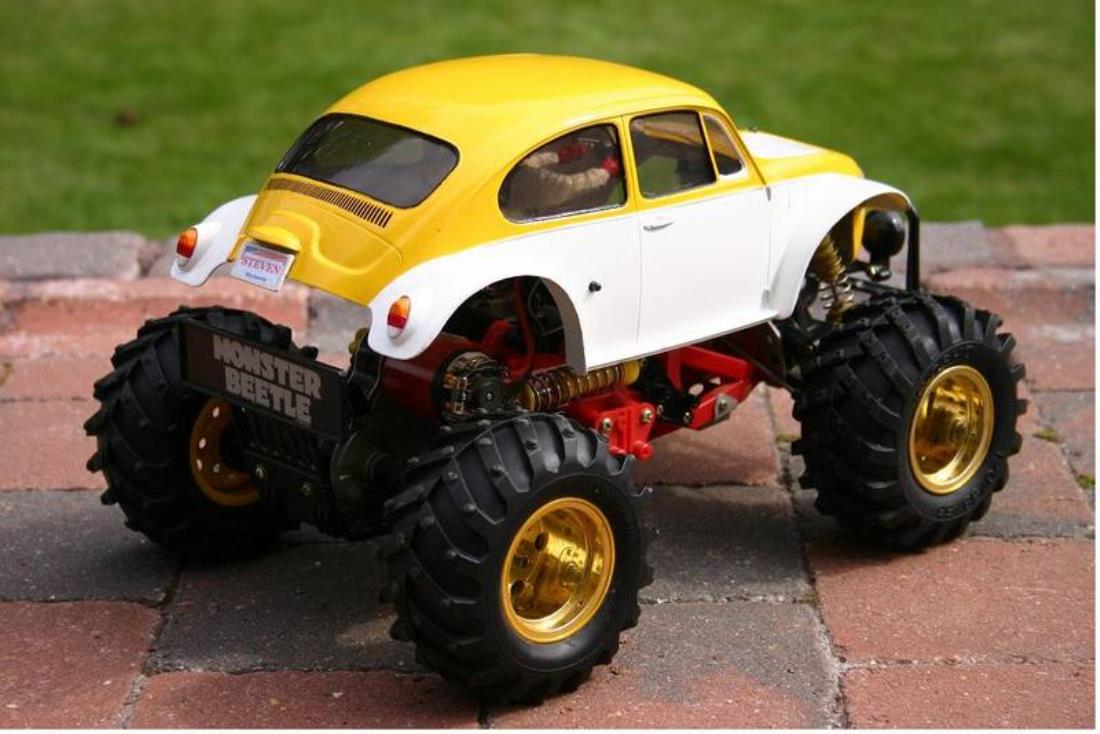 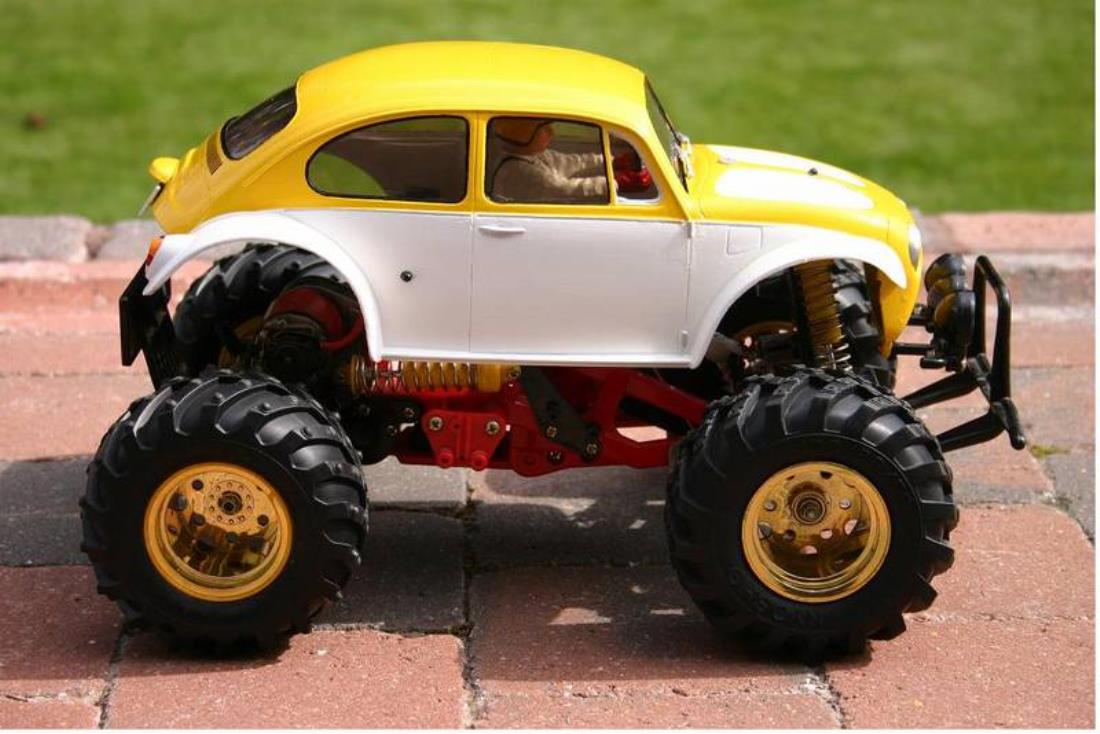 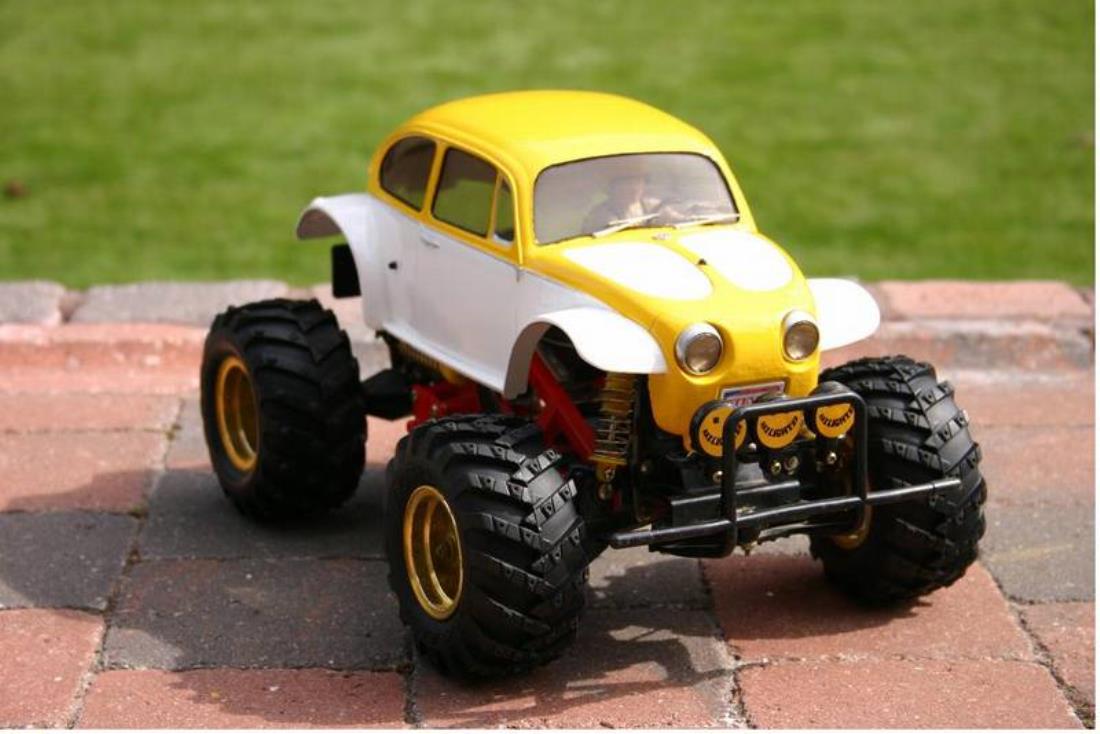 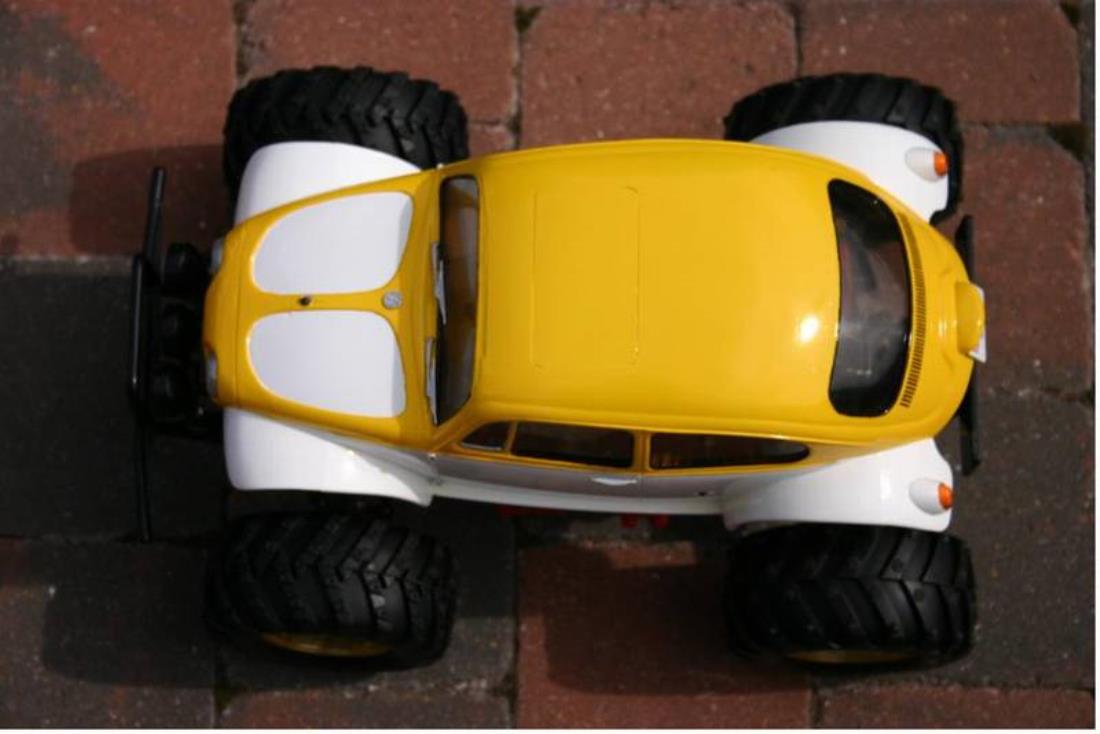 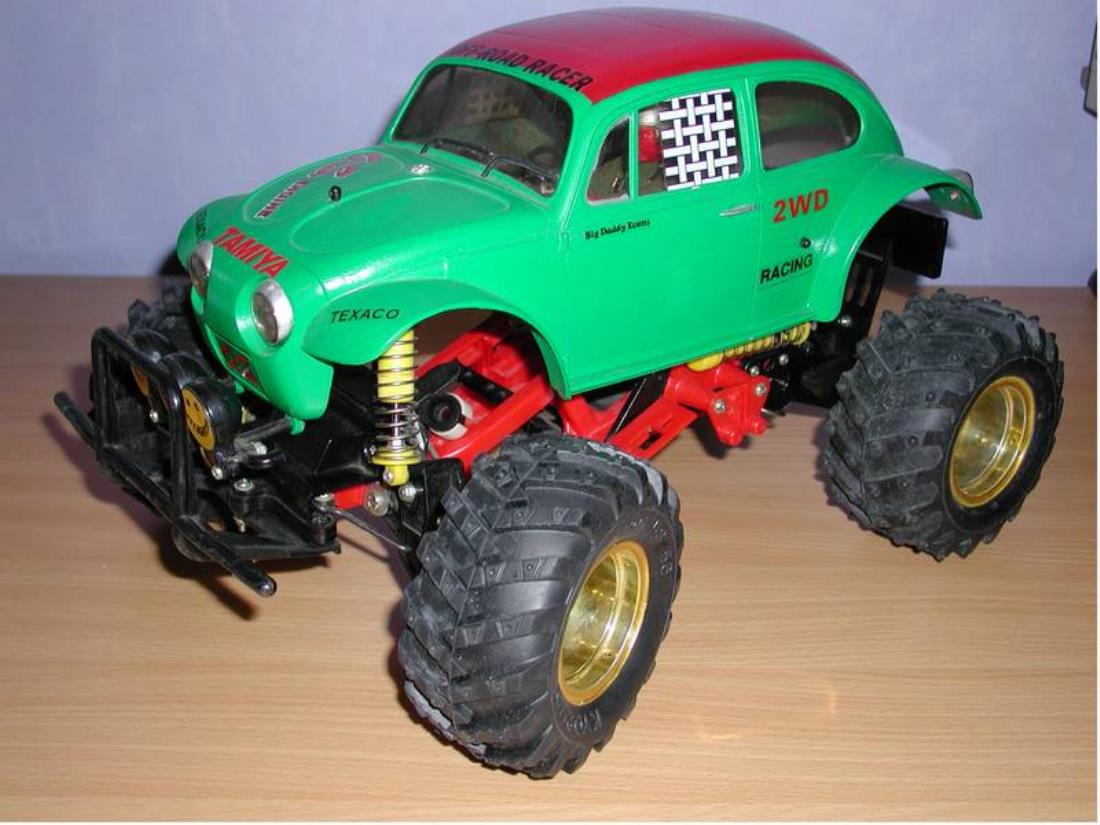 How it was before respraying: front-left side 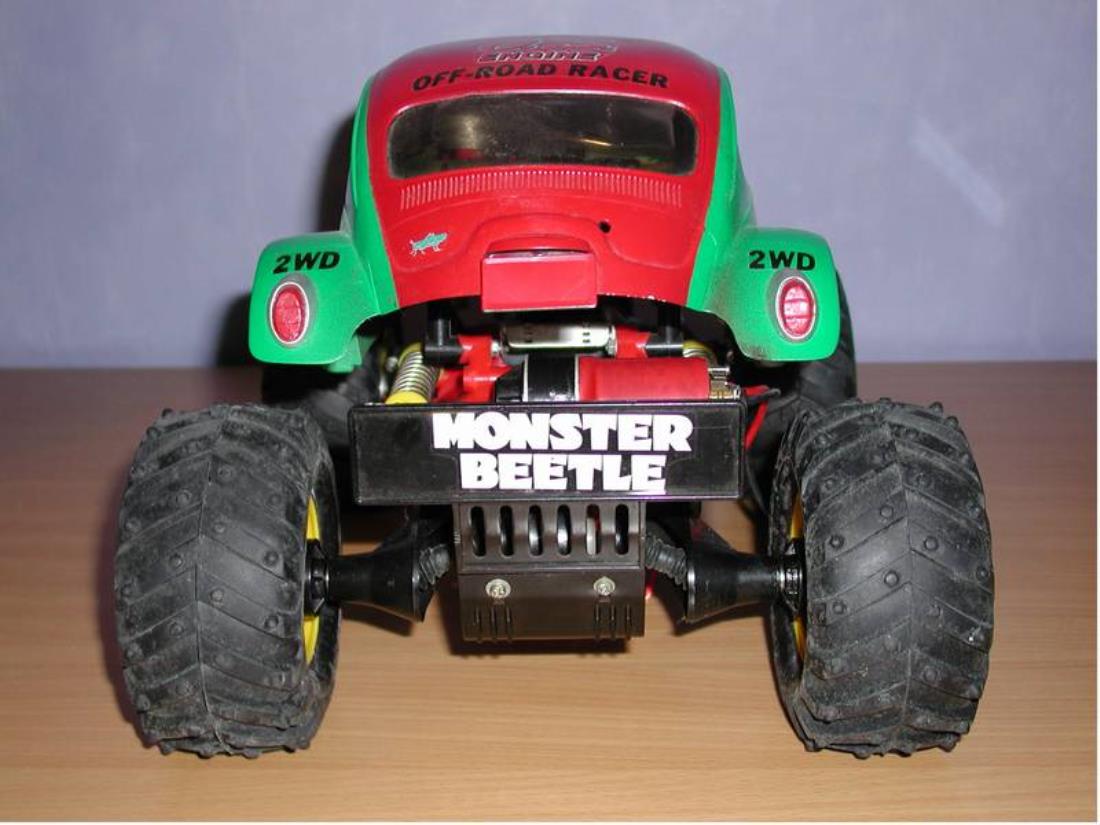 How it was before respraying: rear side

very nice colour choice! I think it would look even better with a grey king blackfoot chassis frame installed, as the red seems to stick out to much.

Love the colour scheme, I agree with mmbib, the dark grey KBF chassis would suit.

That is a good looking BUG you have there. Much better than the Green paint job, YIKES>