The Tamiyaclub Community Scorcher Body. How it was done.

The TamiyaClub Community Scorcher now proudly sits in the Tamiya Museum in Japan.


This is an explanation of how I cut away the body sections to view the Stunning Chassis inside, also the preparation, painting, decaling and installing Steve’s ( scollins ) Prototype Scorcher interior set into the body.


Firstly Chris ( Netsmith) and I talked about what could be done with the New Scorcher shell, to meet a deadline. I only had 2 weeks to get this thing done and delivered in time for Chris’s flight to Japan.


I thought of the sectioning idea as it would have been a shame to display the car with the body off. When I presented the idea to Chris he was worried about letting me start cutting into the new Scorcher shell, but that was really the only way to keep the car together for display. In the end he agreed. ( A Very Brave Man !! )


The first thing I always do when I start a body is to remove all the mould release marks on the body. This is done with a scalpel blade and fine sand paper. The nose section was positioned on the body and filled and sanded to match the bonnet.


All the sections I wanted to remove were marked out roughly with a black marker pen. I then set a pair of dividers to 5mm and scribed into the plastic following all the panel lines I wanted. The next step was to mark the centre for a 5mm drill where all the lines converged on each panel. Now I started to chain drill ( One hole next to another) each panel section with a 2.5mm drill in a Dremel tool. Once the panel was fully chain drilled I used the Dremel tool fitted with a disc cutter, cutting from one hole to the next until the panel was fully removed. Then I used a sanding drum in the Dremel tool to grind down the rough plastic very close to the lines I had scribed. Lastly a needle file was used to file the plastic away to each line and give a nice smooth finish. Each panel that was removed had this done to it. I had to be extremely careful not to snap the plastic framework that was left especially on the wheel arches. This all took around a days work to finish.


Once I was fully happy with the sectioned side of the body I washed the whole body in soapy water to remove any oil or dirt from the body to prepare for the painting.


The whole body was primed and sanded back several times, this shows any faults up well and you can fill and prime again until you are happy with the body.


Next I sprayed Tamiya Pure White TS spray over the whole body. The body had 5 coats of white spray.
Chris and I decided we would use Cobalt Green the colour of the very first Tamiya RC car the Porsche 934 Vaillant RSR Turbo. The only spray available to me was the Tamiya PS polycarbonate spray. The body was carefully masked and the Cobalt Green was sprayed on. This paint is excellent for spraying on hard plastic bodies, but you must let it fully dry before removing the masking ( You have been warned !!!!)


Once the Masking had been removed it all looked very good.
Lastly the whole body had several clear coats of Tamiya TS clear spray. The last coat was rubbed down smooth and then the final heavy clear coat was sprayed on and polished to a glass smooth finish.


All the window surrounds were masked next and Matt Black was sprayed on to them.
Next all the decals were trimmed and applied to the body. I even sectioned the decals on the cut out side.
The inside of the body was hand painted Matt Black to give the body some depth.


All the sectioned edges were hand painted with Matt Red just like all the engineering sectioned models of gearboxes and engines to make them stand out.
All the door shut lines, fuel flap and rear grill below the rear window were given a colour wash of matt black to highlight them.


I had to make some Alloy front indicator buckets as we didn’t have any originals to use. These and the door handles were fitted. The window part was next to go in but not before the specially made Tamiyaclub.com Decal was fitted.


Next came the installation of Steve’s ( scollins) Superb Scorcher interior. The interior arrived at the last moment, so we were all highly relieved to see it. It was trimmed to suit the sections in the body and fixed in. This really made the body come alive.


The next parts to be fitted were Mike00Top’s lovely alloy mirrors. Chris asked me to make some thinner mounts for them and this was done with some alloy tube. The windscreen wipers, rear lights, VW badge and licence plates were added.
Finally the rear Body Clip was installed and the body was treated to some Zymol Carnuba Wax and polished to a high shine.


The body was delivered to Chris the day before he flew out to Japan.

The body was mounted to the chassis and I must say I was really proud of how it looked and I think Chris was very relieved and happy with it.


Now I must let you all into a secret, I actually did 2 Bodies. The second was from my collection just in case anything went wrong with the first body.
Thankfully nothing did, so now I have a Scorcher body identical to the one in Japan. I have also nearly completed a Rhodium and Gold plated chassis which I tried to make as similar to the one in Japan. I will add that to my showroom when it is finished.


I also donated a set of my Sand Scorcher Box Art Alloy wheels and some Alloy SRB stands to this project.


It was a Great Honour to be asked to do this for Tamiyaclub and to have some of my work in Tamiya Japan.


I would like to thank Chris( Netsmith) and Steve (scollins) for all their support with this Scorcher Body.


Hope you like how it came out in the end.


Great respect goes out to all the TC members that contributed to this car. 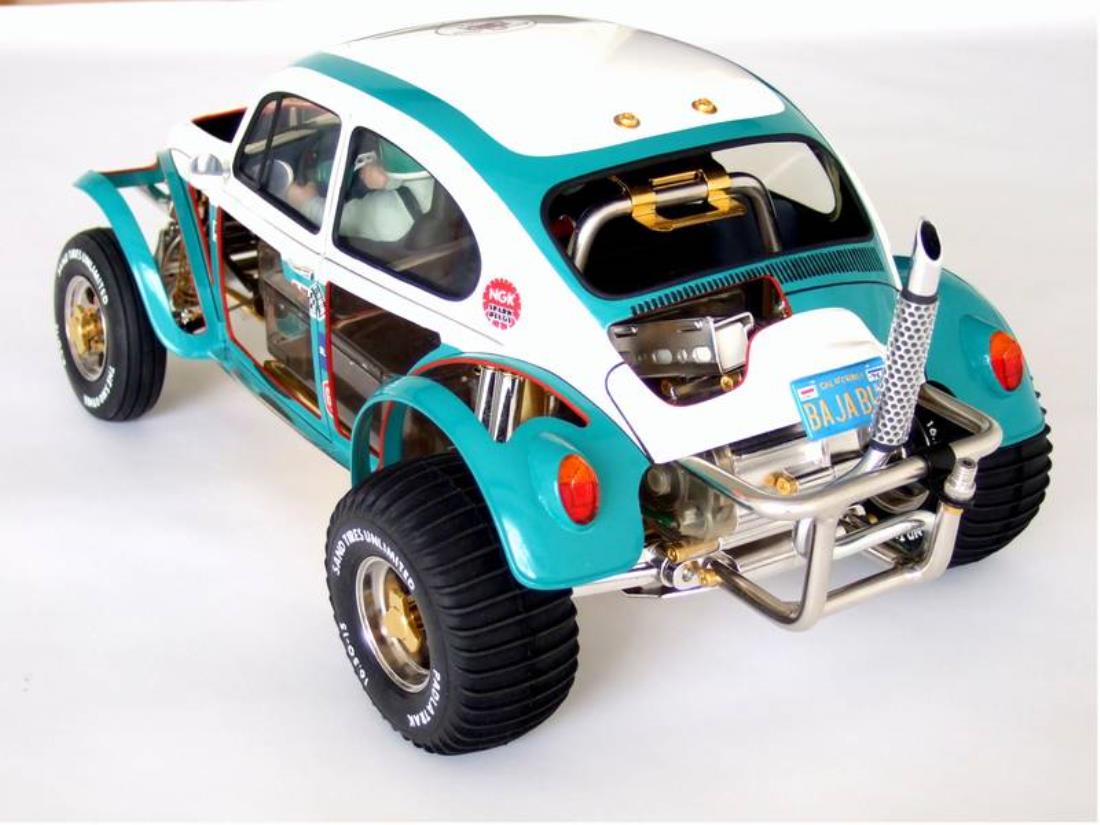 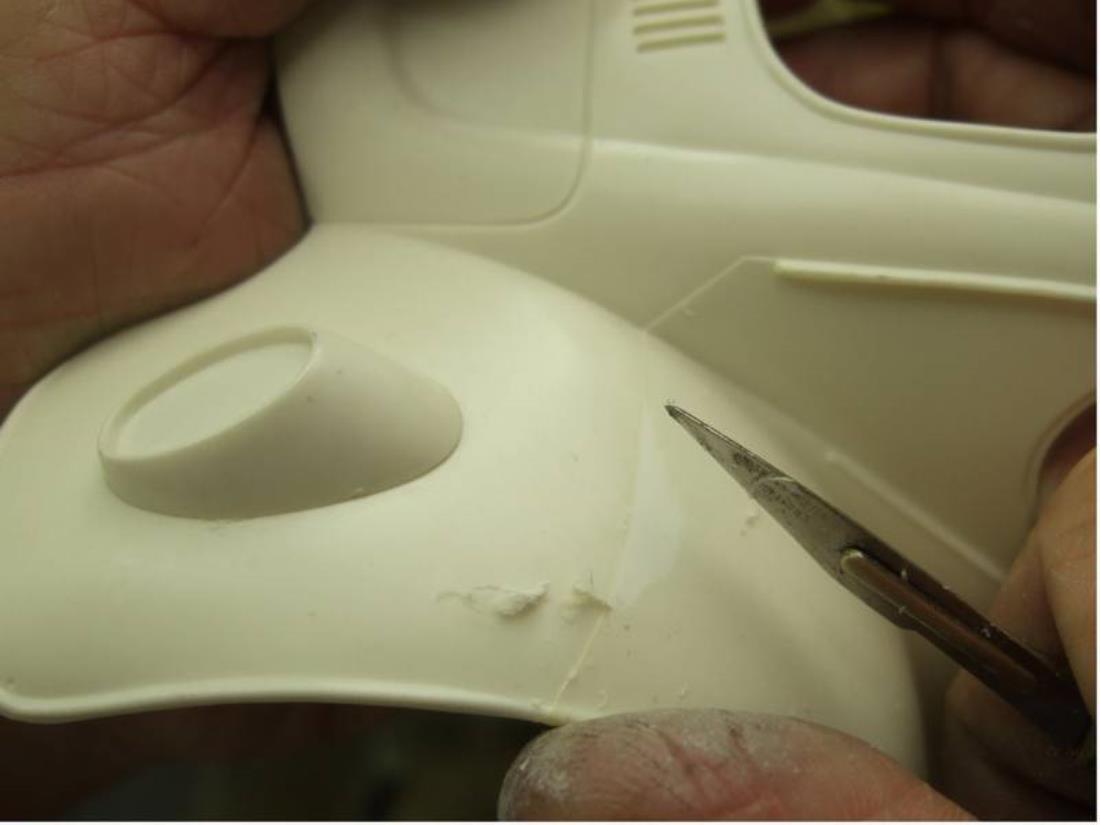 Removal of mould lines on body 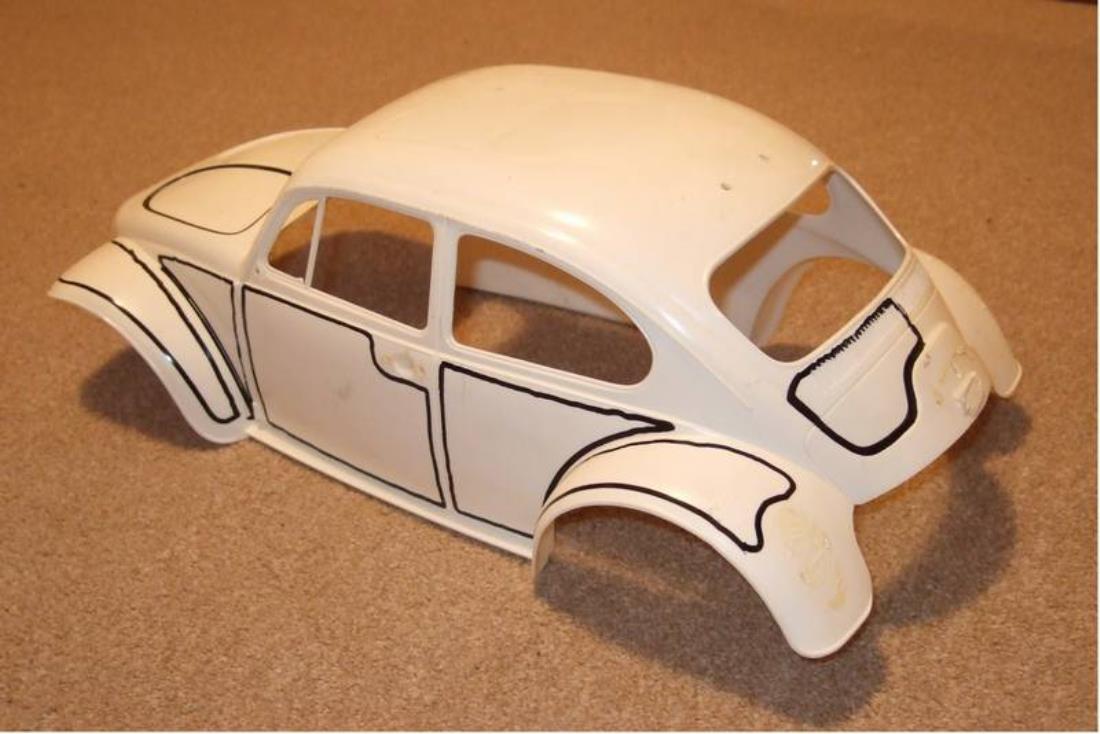 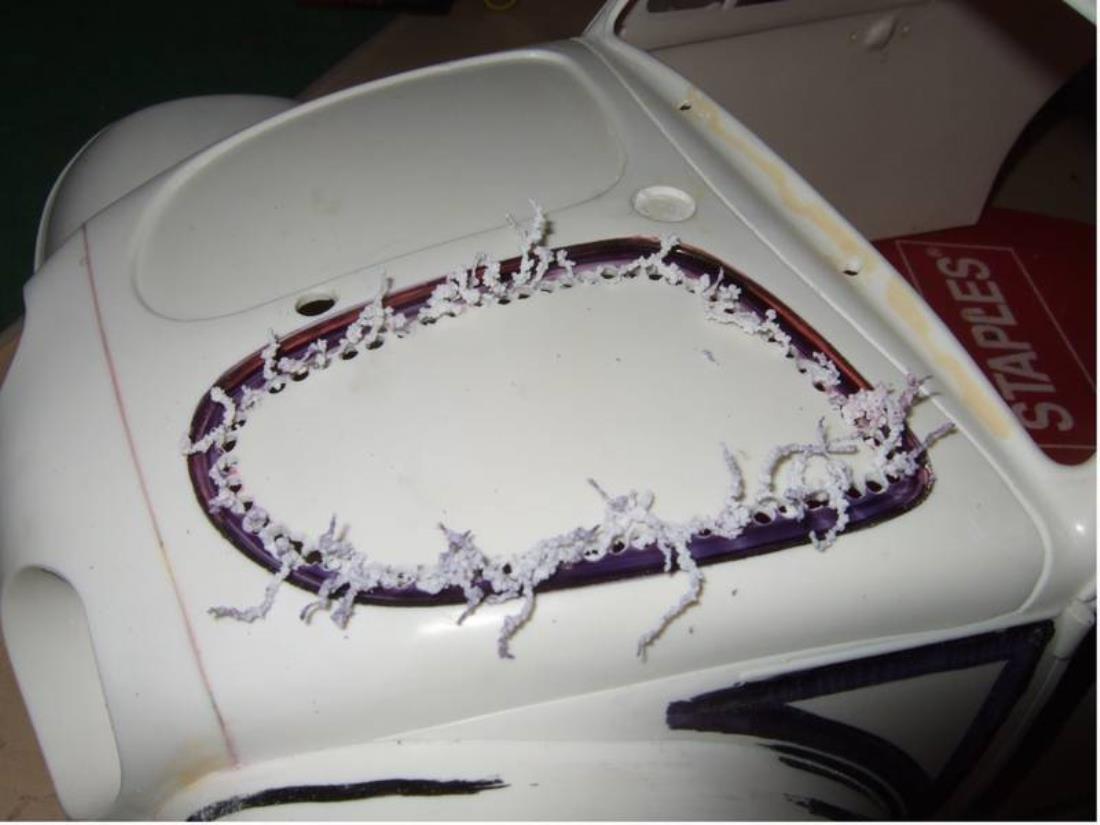 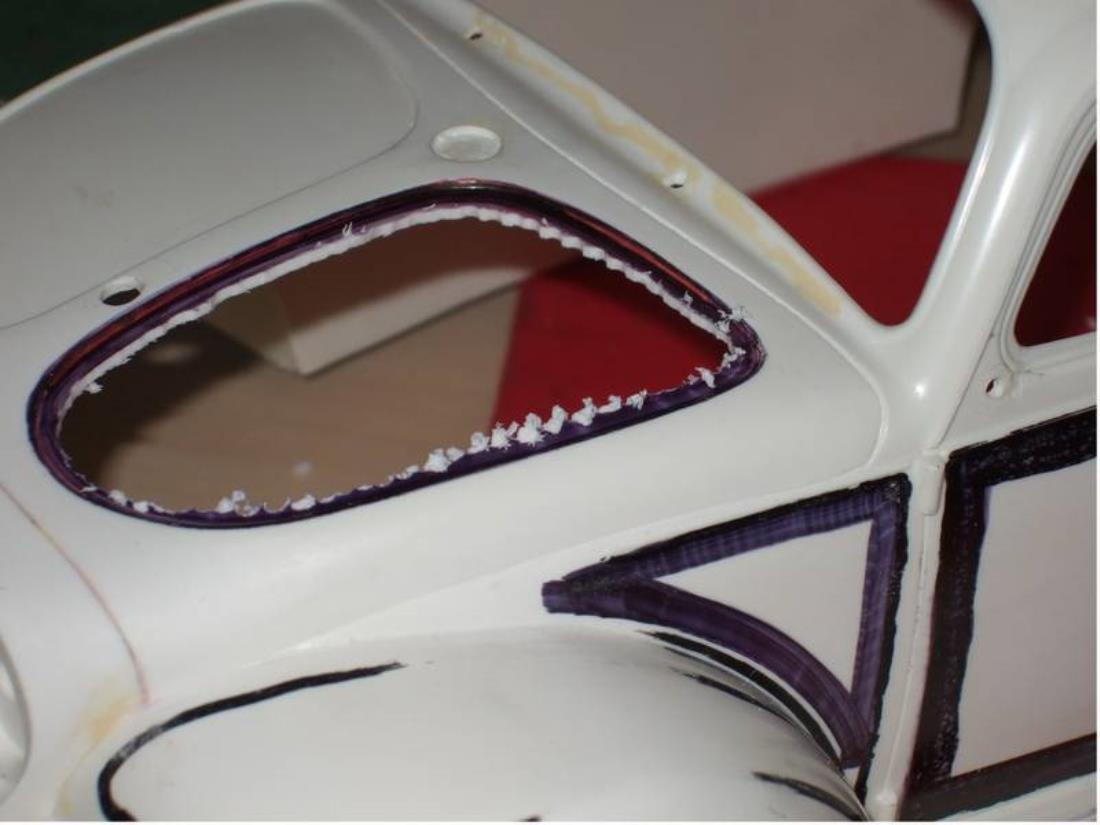 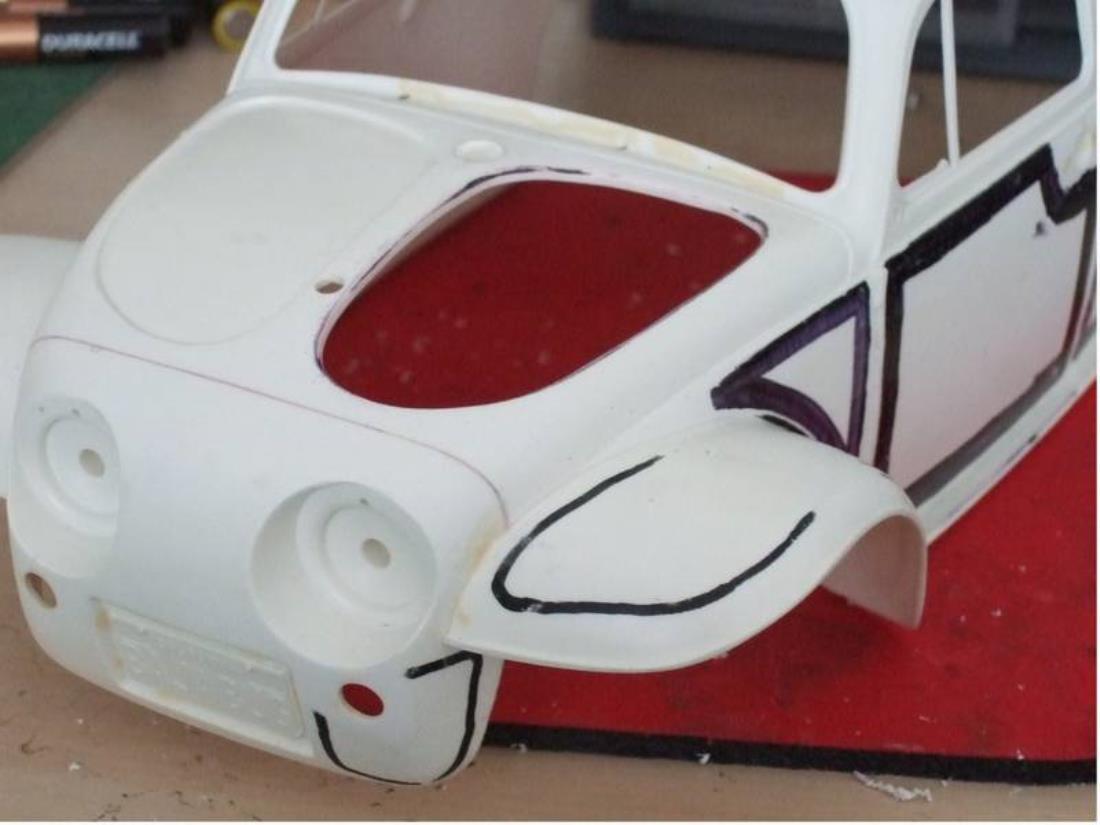 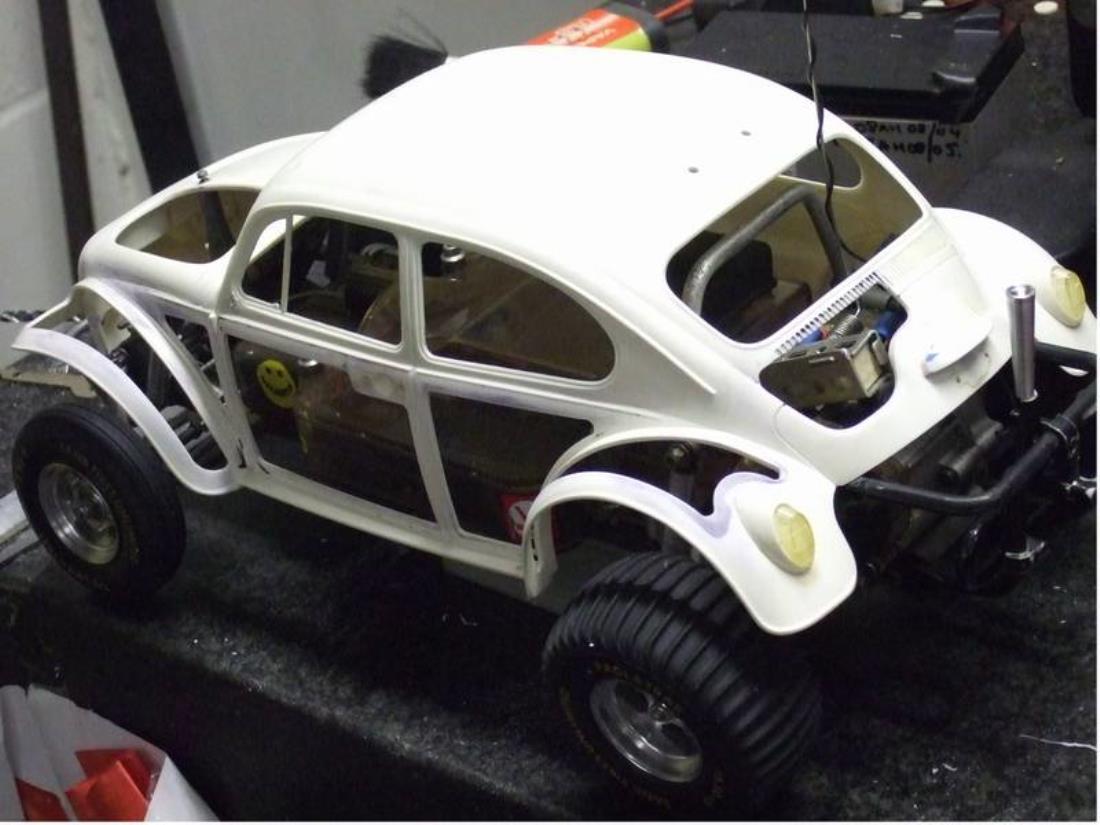 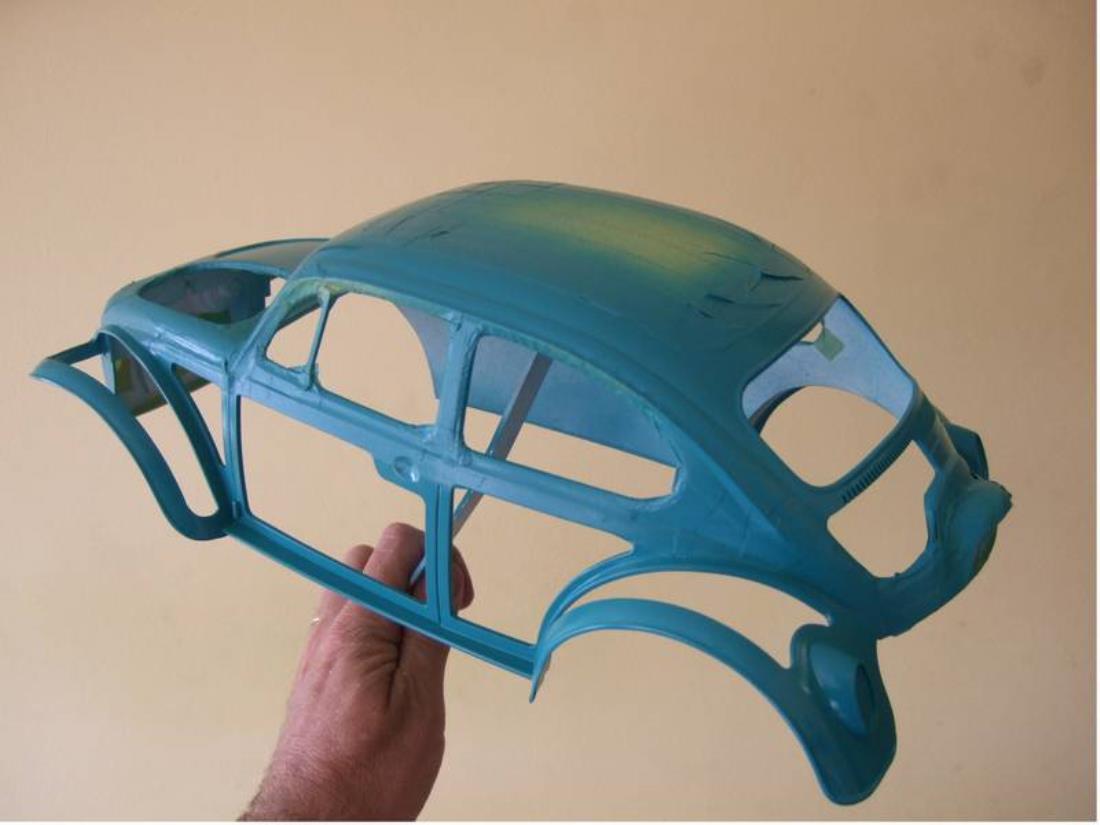 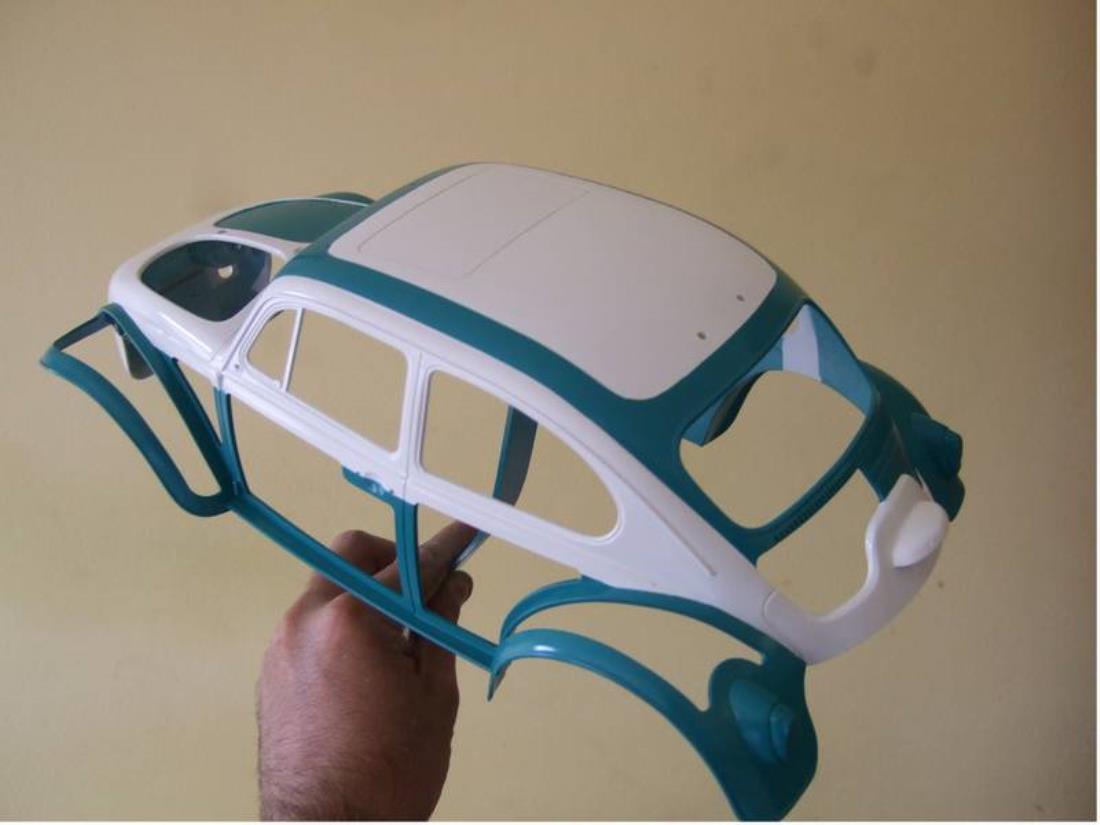 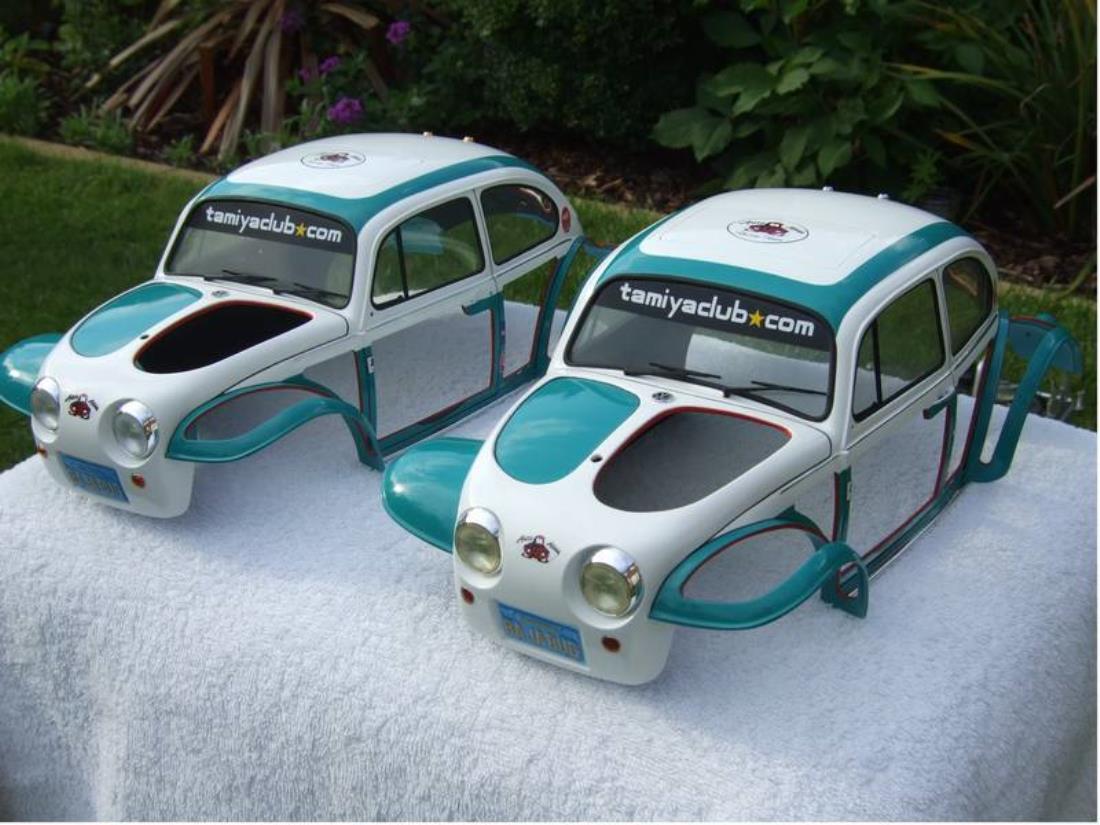 The Tamiyaclub body and my spare backup body

If you liked those pictures, you should see these...
Tamiyaclub Community Sand Scorcher Body.

Still recovering from the stress of it all Andy.

This is on another level, WOW! What a show peice. Stunning!

You might as well just ship it to me or I'll have to come and steal it....LOL..(FRICKN AWESOME!!!)

Thanks again for the nice description and compliments on the interior. You never told me there was a 'back-up' bodyset. Wow, I guess I should have done the same for the interior just in case........but I didnt. Luckily everything worked out! Cheers buddy!

wow Rad what a piece of work, gotta love cutting up bodies though the results are well worth it!

That is spectacular!!!! WOW. Very nice work. Showpiece for sure... Congrats!

Incredible attention to detail. Really inspiring as to what can be done with creativity and a lot of skills. Kind of elevates the Scorcher as a kit into a completely different level. It's almost like a Harley Davidson motorcycle or a 32 Ford - an original design that is constantly re-invented and reborn with the creativity of those who are passionate.

You clever devil! Well done Greatmate, you manage to peform the impossible. Stunning work yet again!

Is your spare body on my old Scorcher Chassis I traded you?
Please tell me it is! Great Work, A true artist of Scale Automotive Engineering.
Big pat on the back to you Sir.

Thank you for showing how this was done. I think there should be more pictures of this car on here on tc myself.
Well done to everybody who helped make this great piece of art.

Djderk, I agree. This model has very sadly had very little exposure and deserves to be on the front page of Tamiyaclub.com perminently. This model was one of the Greatest achievements buy Tamiyaclub members. The club should be very proud of this model. Lets hope one day this happens and hopefully this Super model never gets forgotten.

You guys have made history from a piece of history, superb work and a great achievement.

Many thanks for all your comments guy's, Huge respect to all that contributed to this Special Scorcher.

Thanks for showing how you made this the finished result is fantastic.

Really, i have no words for this amazing job.. It´s simply fantastic!!! A true work of art...

Hi Rad.I hope you kept all the bits you took off the shell,they would be worth a few bob on ebay.As the've come from the best scorcher ever built!!.I see on the picture with the outlines drawn on the body you were considering a open part to the lower nose cone too.? Well done to all for a perfect project. Take care, Tim

Very well done! Love every bit of it!

Insane, never saw pictures of the finished model actually! those cut out parts amazing, certainly a -worthy model to display in a museum -

I just have to say: very great! This deserves lots of compliments. Like said earlier: more pics would be appreciated!

To do all of that twice is just totally amazing. You have some serious talent. I'm just about finding time to restore one scorcher shell to 'runner' condition. If it turns out half as nice as yours I'd be very happy!

why ruin a perectly good expensive shell by cutting holes in it. it seems a real waste when people like me try hard to get their hands on original sand scorcher shell.

amazing work mate well done, looks so much like the ones from the old catalogues even the red lining, in a word its perfect

I have no idea how a tamiya enthusiast can gase upon this car and even think of the word 'ruin', let alone call it a waste! I guess all artwork has its critics!

Thats stunning work, is there any pic's of netsmiths trip to tamiya and of this car in the Tamiya Museum?

Stunning work, What tape did you use for the masking?

Truly inspiring, this is not a model RC car - this is a piece of art - great job guys, be very proud.