This I paid with blood, sweat and tears due to being the result of a long long restauration process :). I'm finally pleased with how it came out even if the shell could have been done better. It took some time to get the best colour match for boxart paintscheme but in the end I think it looks great. Nice vintage colours, close as possible to boxart. The shell comes from Kamtec and surprisingly the quality is not as good as I expected: the shell is 4 - 5mm shorter than the original one, which makes it difficult to fit to the chassis. I almost suffered heart attack when I realized this (when the paintjob had already been done). I still have the original shell (already paint stripped), so it will get painted for display purposes later. The Kamtec one was meant to be a runner anyway.


The chassis is more a Turbo Optima with some extras: I got 2 cars from the bay, one a half descent shelfer with badly painted shell and the second a battered ex-racer with tons and tons of tuning parts. I disassembled both just to make the best out of it. It has belt drive conversion, special strong gears, steel final pinion, carbon shock towers, front universal joints, gold motor guard and most important: gold shocks! The front stabilizer is homemade as I don't have the original one, but it's mandatory for running. The motor equipped is a peak performance 13 turn (looks great with the gold endbell).


One of the cars came with original box, which is now loaded with spare parts which would make a second car (if not more). I got several sets of wheels, original motor, 240ST tuning motor, driver figure, original red shocks, some used chains, plenty of shock towers, etc, etc. One day I will assemble a second car to put it up for sale.


This one will be run from time to time, looking forward to the next vintage buggy race!! 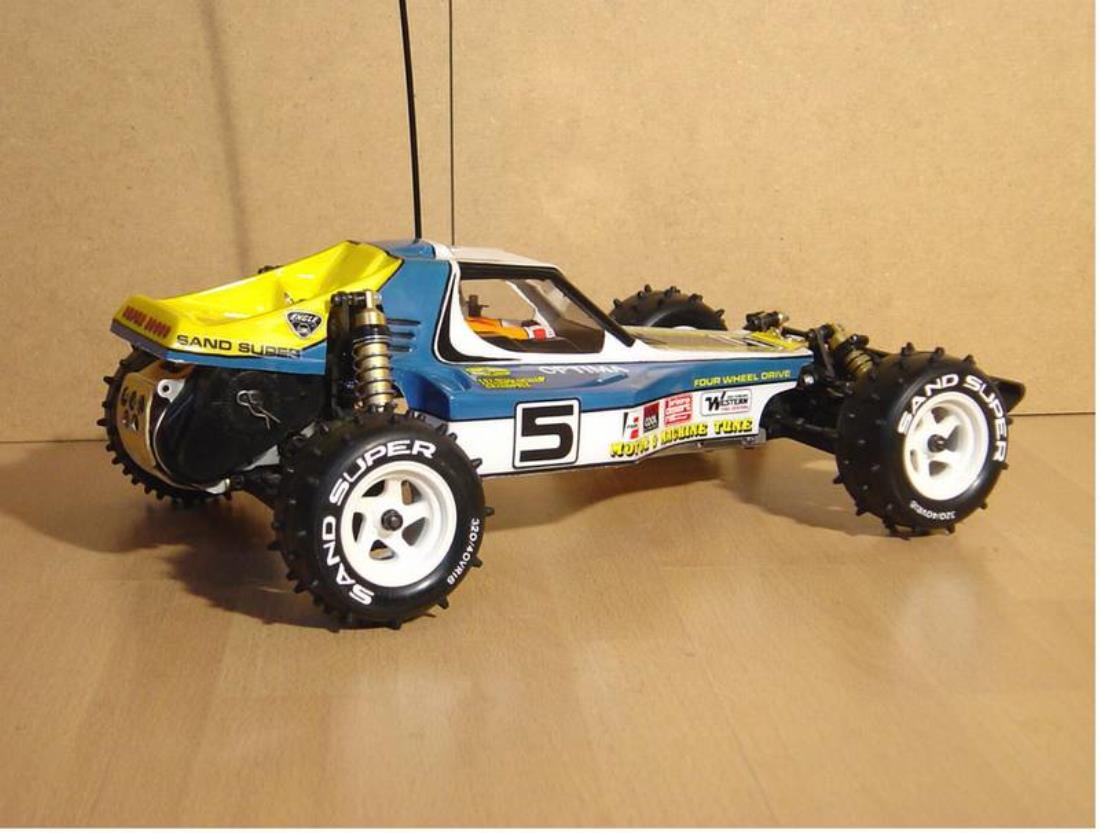 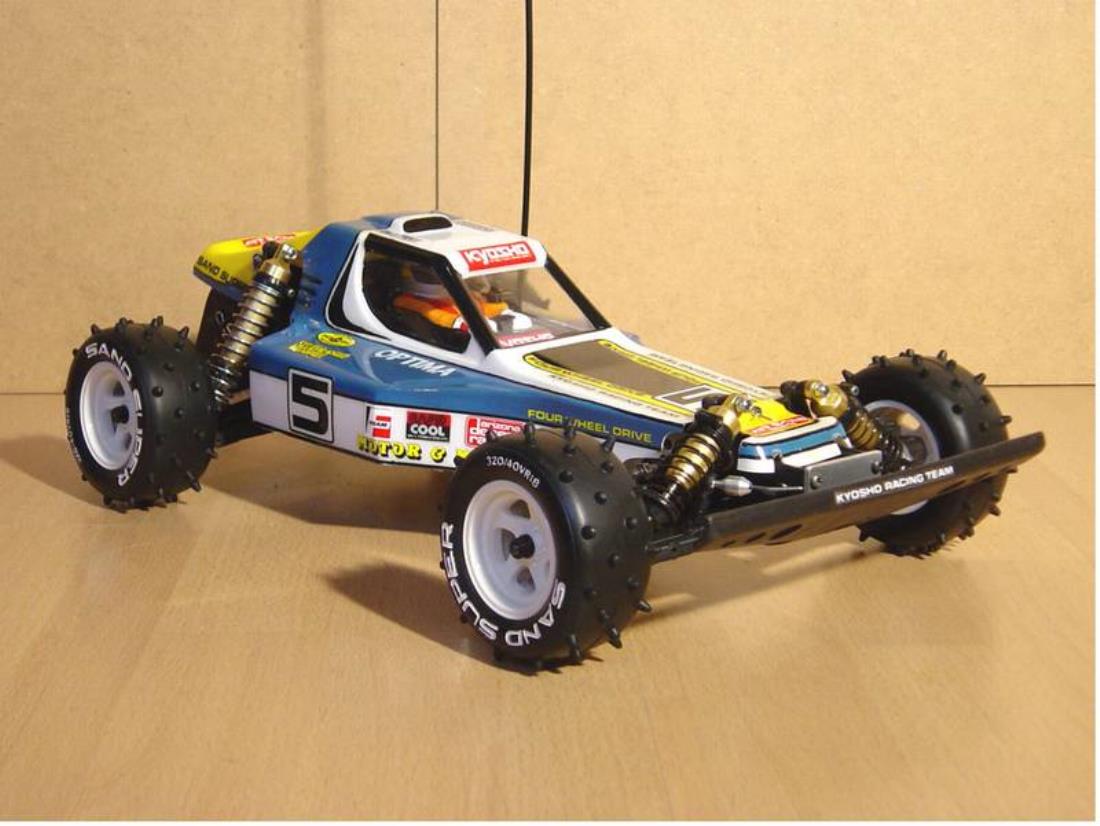 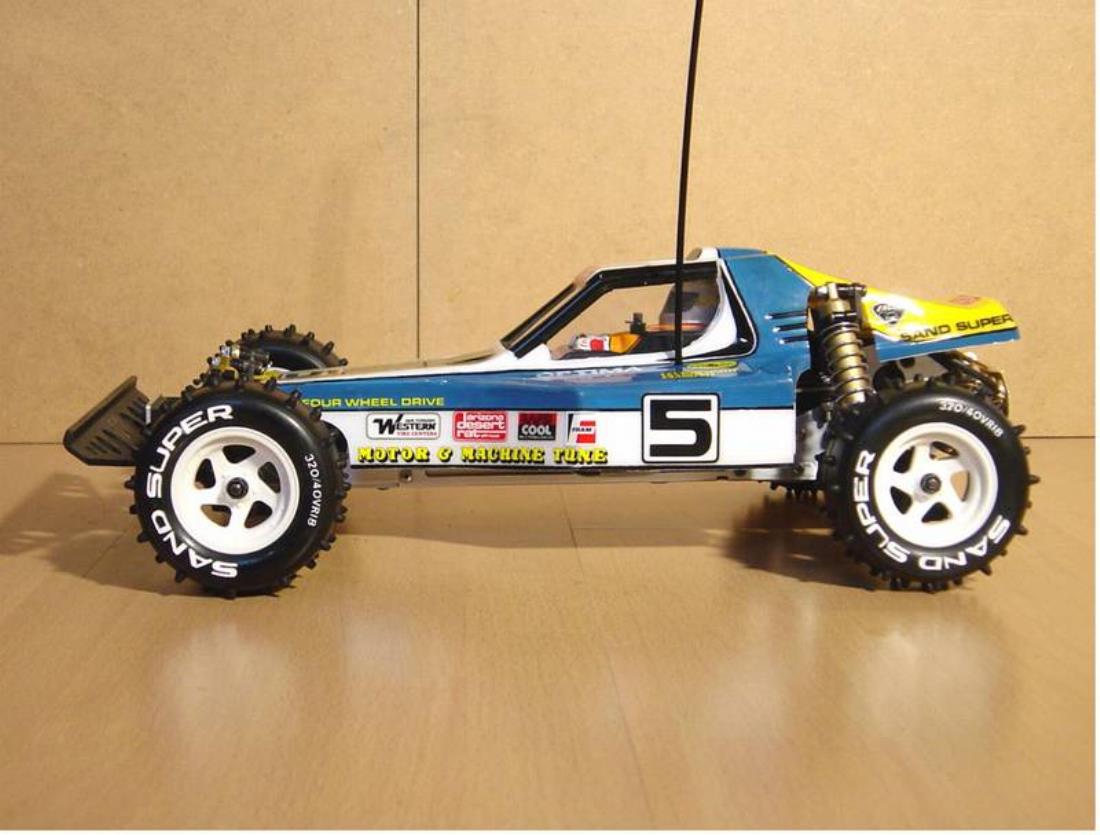 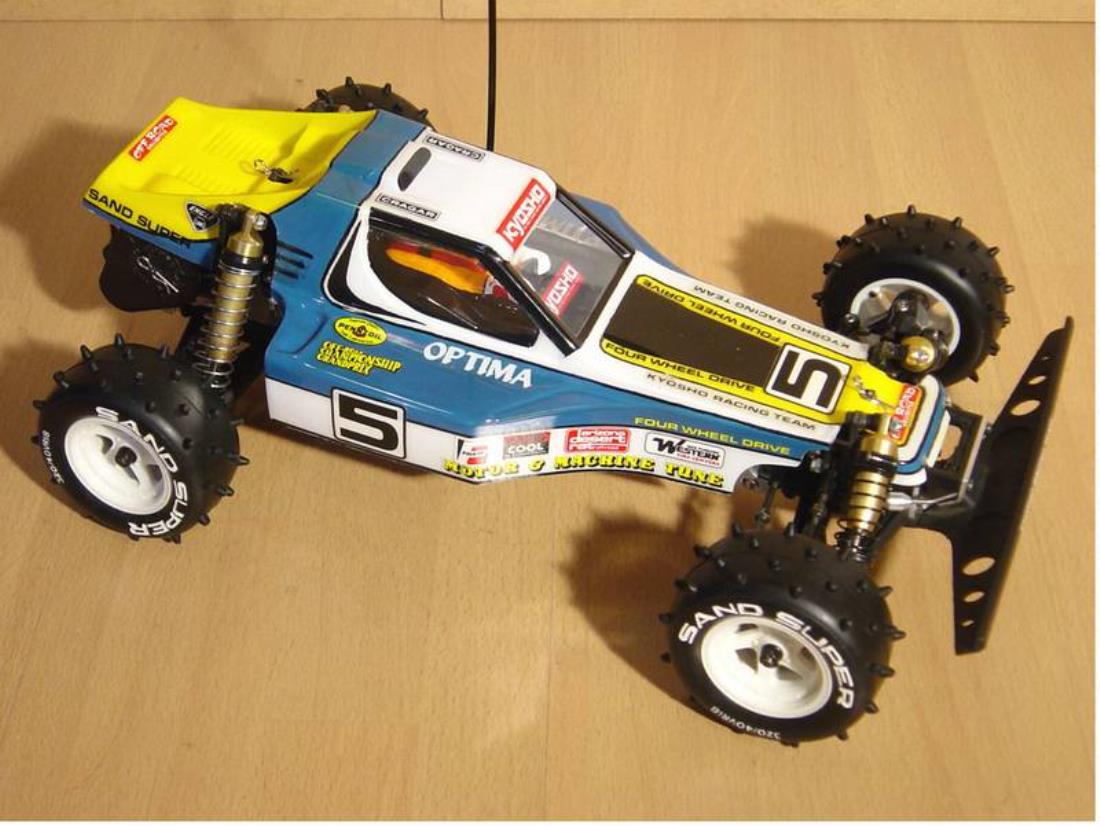 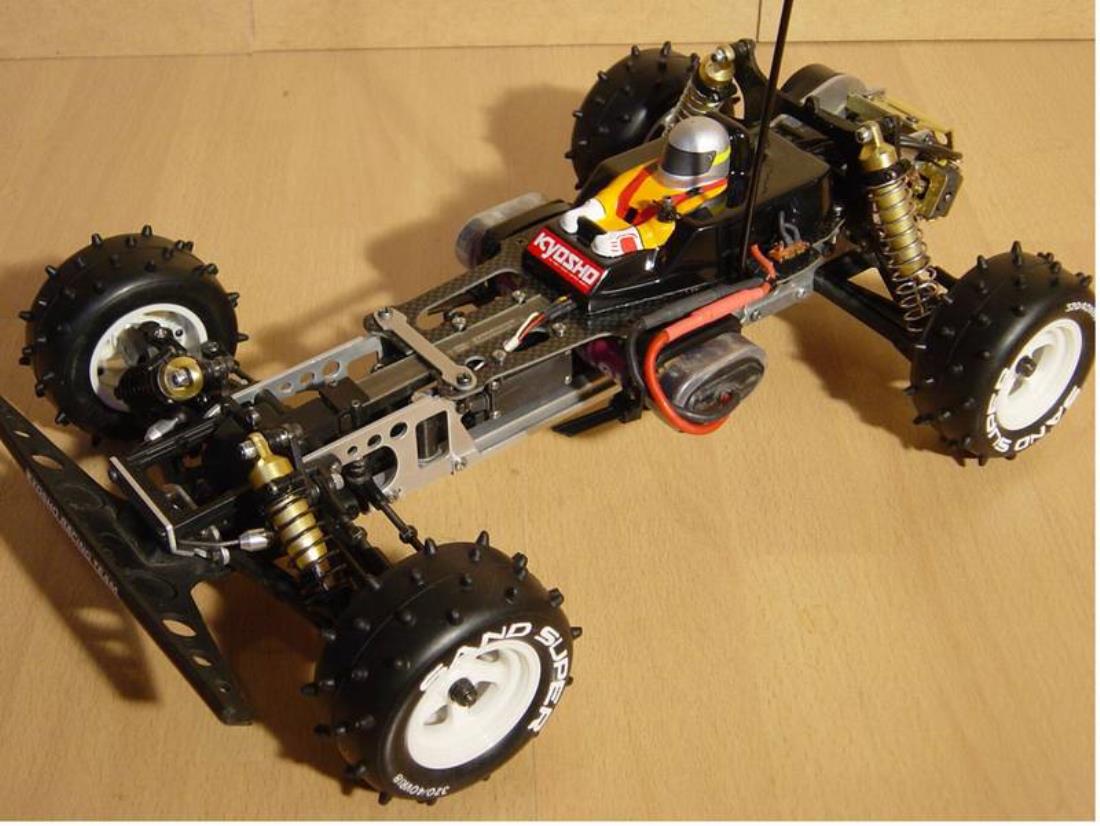 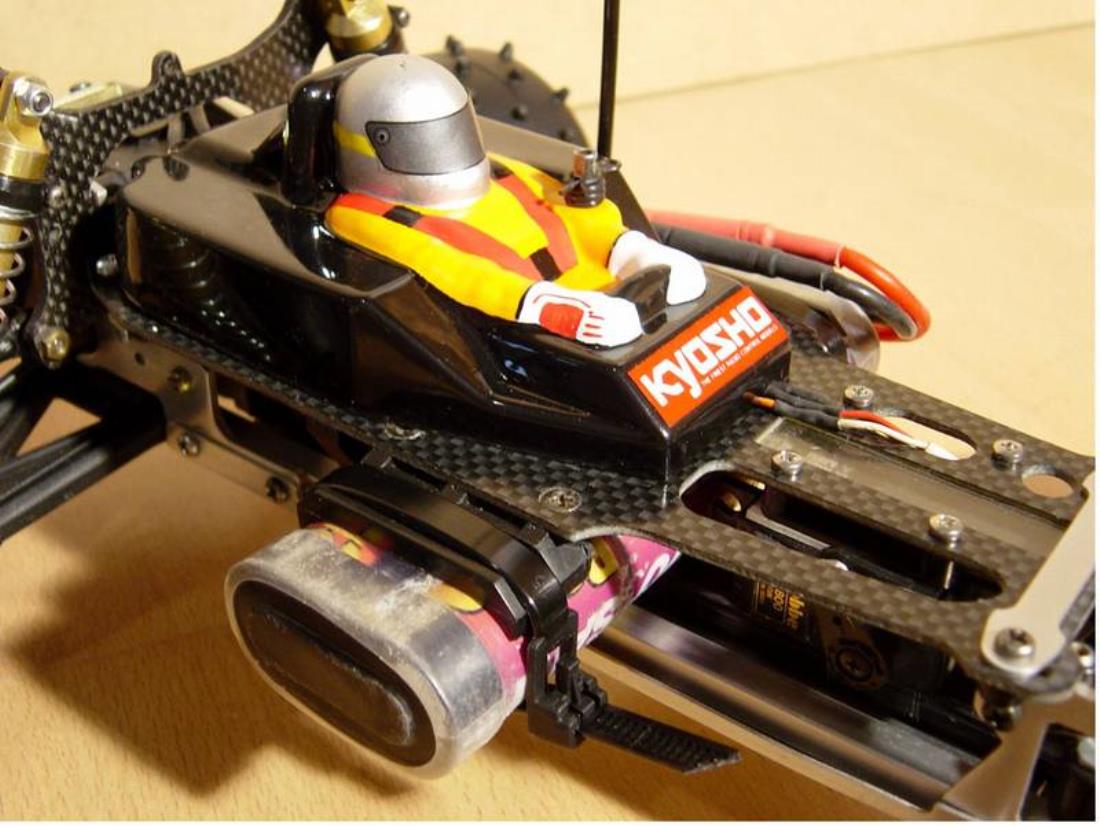 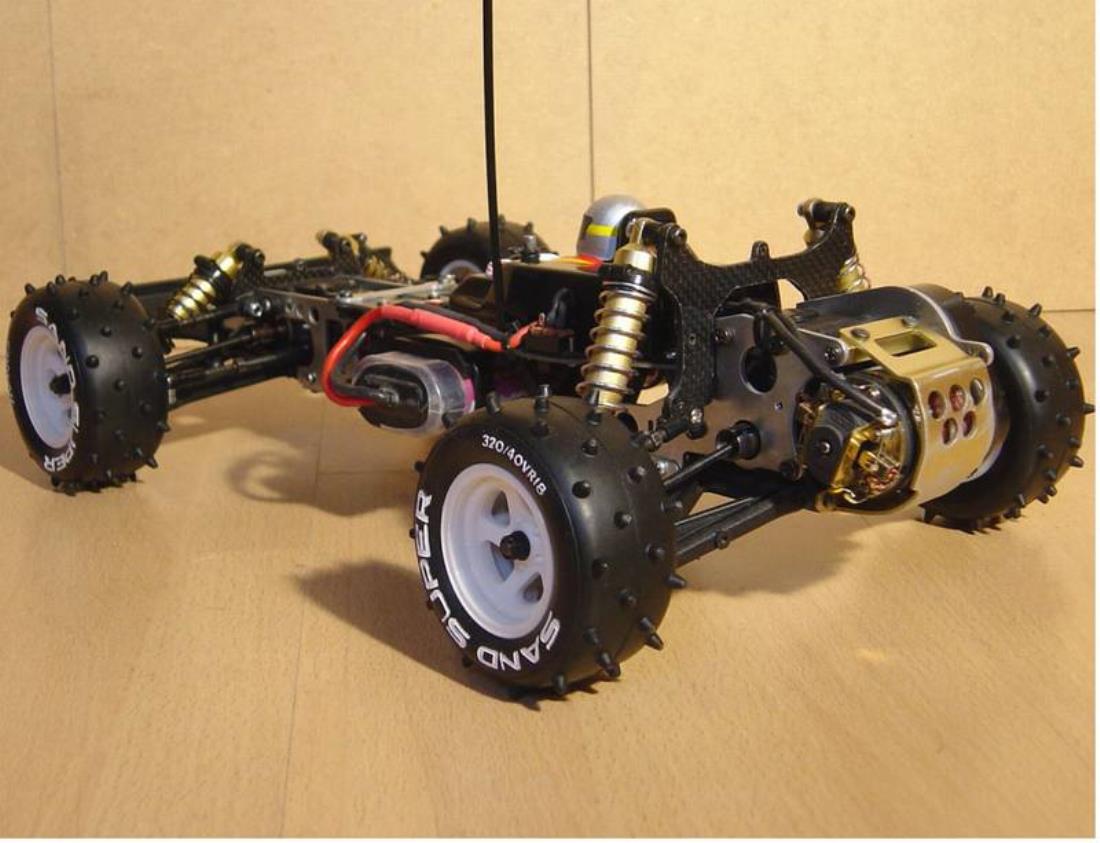 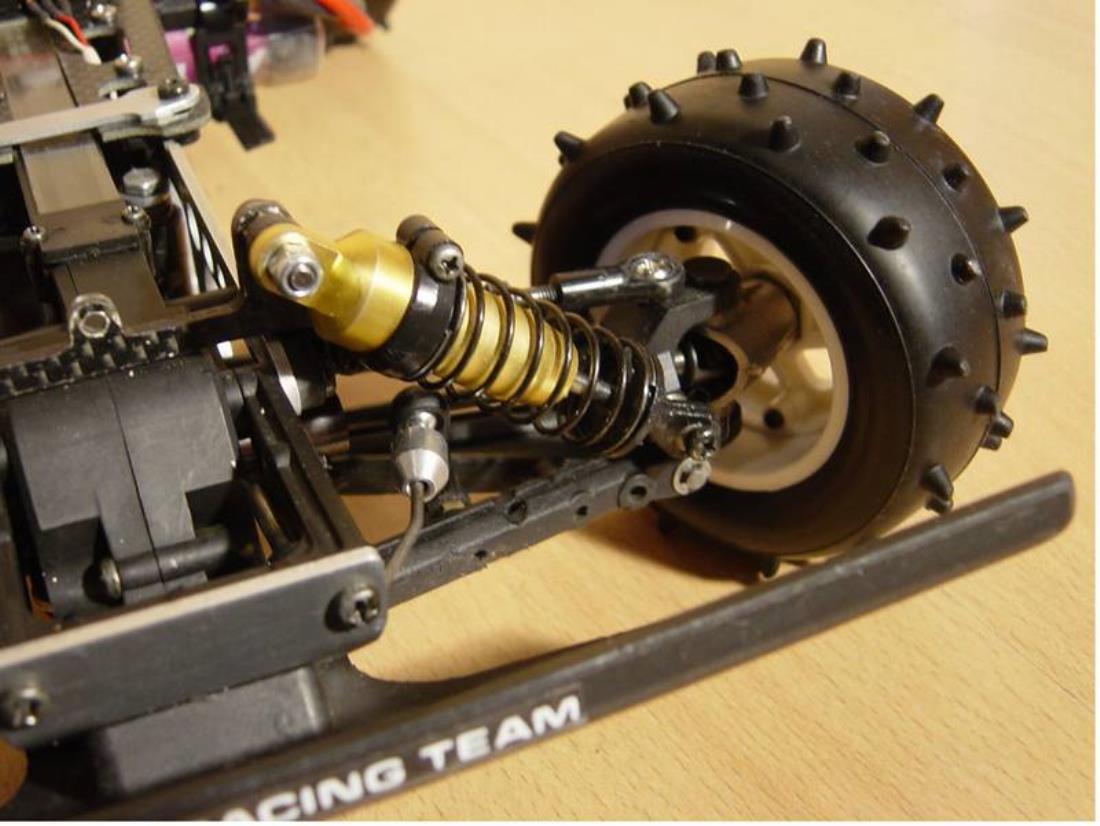 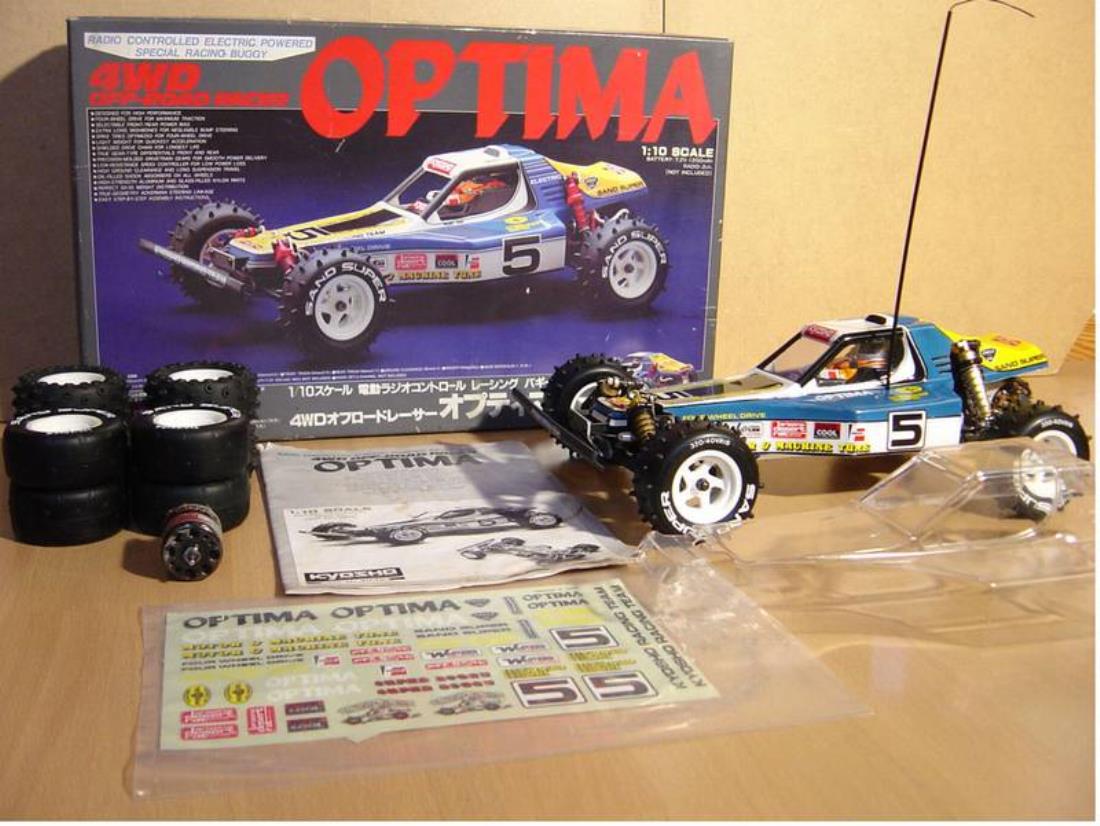 If you liked those pictures, you should see these...
can^t have enough Optima action

Cool, looks real good with the colors you chose.

looks great!
I did the same,got two from ebay.One half decent the other knackered.Was gona make a turbo and normal one,but its taking ages finding the parts

wow, that is one great looking optima!!! Very nice paintjob!!

Congrats my friend! Interested issue about the Kamtec shell!

thanks for yours comments guys. I will let Kamtec know about the issue for sure.

Excellent work, greg! this is one of the most faithful box art I know!

thanks, but you should take a look at [Click here] then

very nice indeed.
I have also the optima .
But this one is used in competition in those days
is still running like crazy .
Good job nice car !!!

wicked paint and detail!! whats the go with the carbon fibre??

the top deck is just carbon fibre look-a-like, but the damper stays are real carbon fibre aftermarket parts (or homemade) from back in the day. thanks!