I started this build over 2 years ago…. Allmost everything that could go wrong went wrong. (It’s Murphy’s truck) But I’m pleased with the result. Not with the pics yet, I have to learn, but that’s what it’s all about.

I have always really liked the F-150 in box-art. Looked up all the pictures on TC. then I bought one second hand it was a complete disappointment… It really was a lexan body and it looked so plastic, unnatural and toyish… I sold it right away without even driving it or taking pics. Later I found out that it could have been nice, the lexan body’s in showrooms from Deemiller, 7.2 inchdriver etc. show that lexan can be great too.

But I had allready ordered a brand new Blackfoot extreme bodyset with all the extra’s and 2 decalsheets. Did lots of bodywork to wheelarches (fitting it on my runner TA-02), hood scoop, grill, etc. Bought 2 nice cans of car paint and a clear car coat. Took a lot of hours but came out nice. When I put two layers of clear coat over the decals it was so shiny it looked like a lexan body (ARGH !) Then I thought I’d screw the window in just to see how it looks using Tamiya screws. And I screwed from the inside right through the body and the paint… I used the long screws instead of the short...(AARRGGHH again, now I know what screwing up means…)

I put it away for months, feeling pretty sick, the body including it all cost me a complete new F-150 set and it was not what I hoped… But further on I learned from TC about weathering a body and that worked well. Together with two “camouflage-decals” I could restore the mess. After that I bought an almost new TA-02 chassis for almost nothing. But then there were so many small details that I just couldn’t get it finished: the alu plate to cover the pick up bed was lots of handwork, the side panels and front guard from scratch too. Slowly it came to an end. At last I bought 2 nice alu headlights. They came and I found out the lenses had to be glued in, no screw or anything. I picked out plastic glue just to be carefull. But it didn’t stick on the alu and fell out the next morning. Then I saw the glue had also dissolved the plastic lenses. Not just on top, but all through them were white spots..??? No polishing or sanding helped. I had to decide on something else and eventually sprayed them white and found a matching decal. Well, better now…

At the first test ride the shock mount broke off and there were more of that kind off Murphy’s law actions. But I’m pleased with it now, feels like I know this truck for about 10 years…

At the end of the build I bought a kit of static tractor truck parts. There were decals included from license plates. One of them said “Wyoming”. I just had to use that one as a tribute to the scale builder SIG from wich I learned and the warm welcome on TC from Wyoming (Seth) and Moondoggie (living in Wyoming with Wyoworld in his backyard…)
We all have to learn somewhere don’t we? 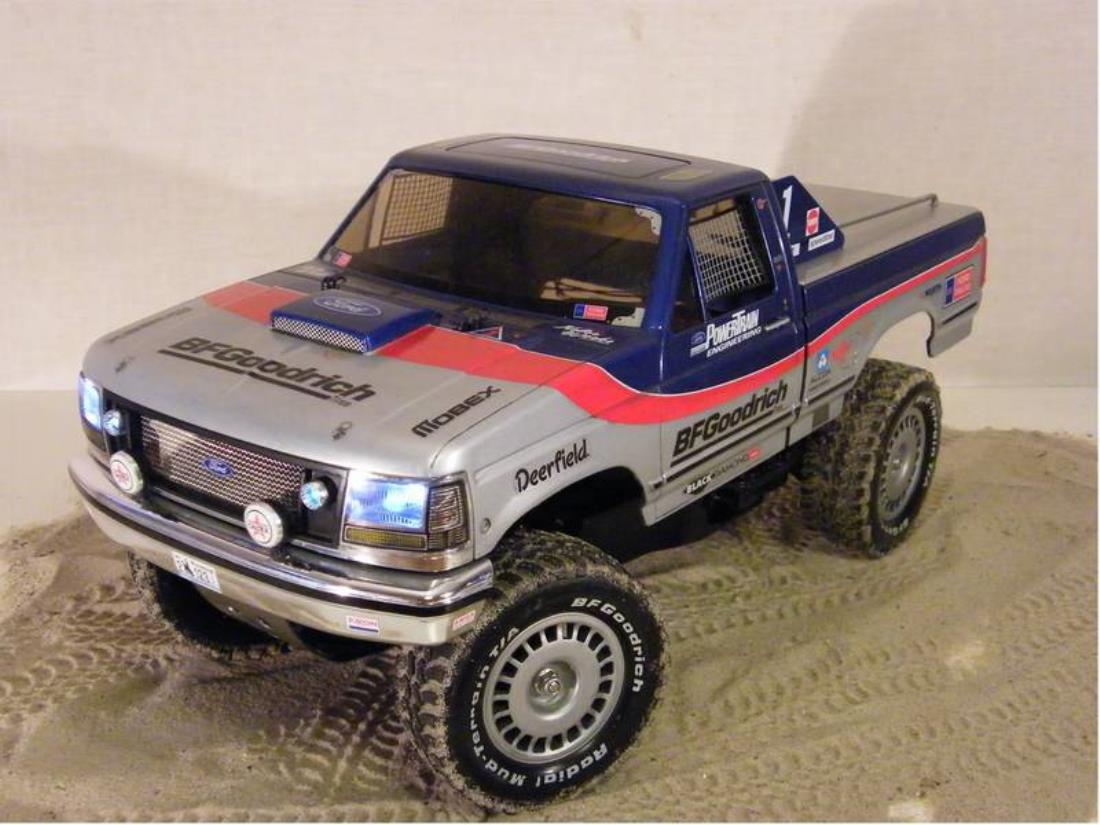 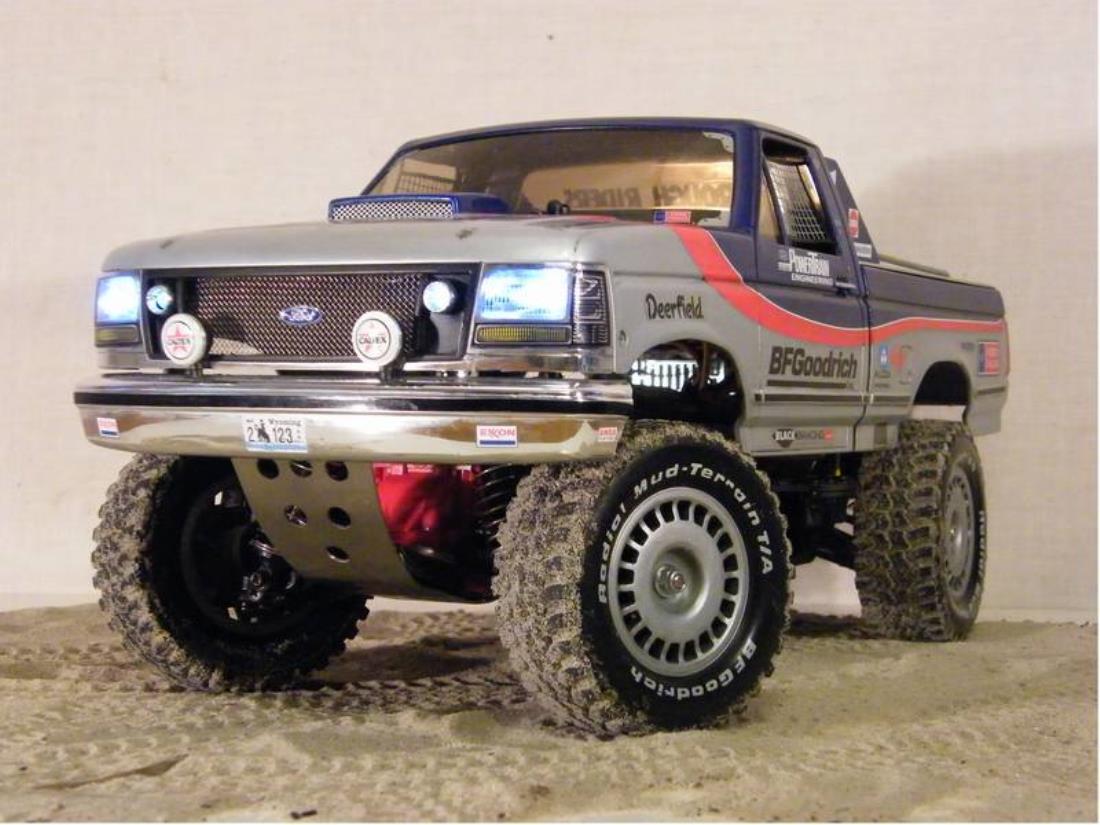 where in the world is the bumper plate made from 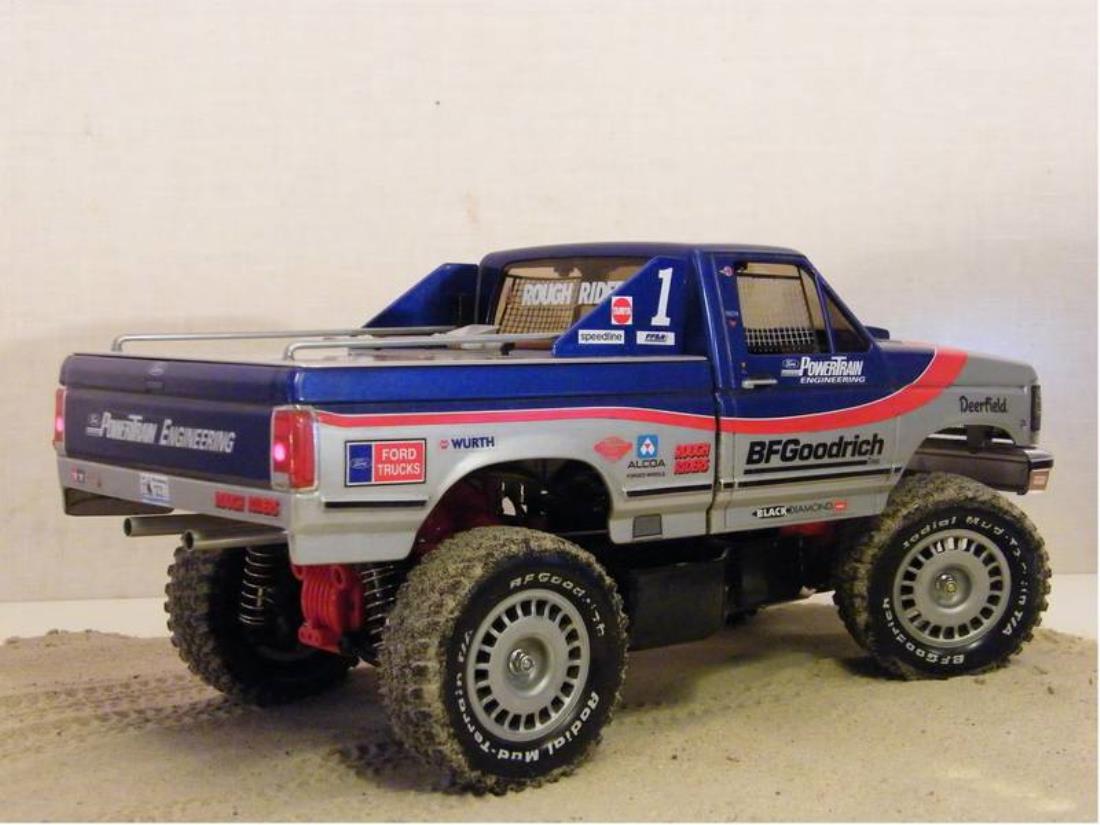 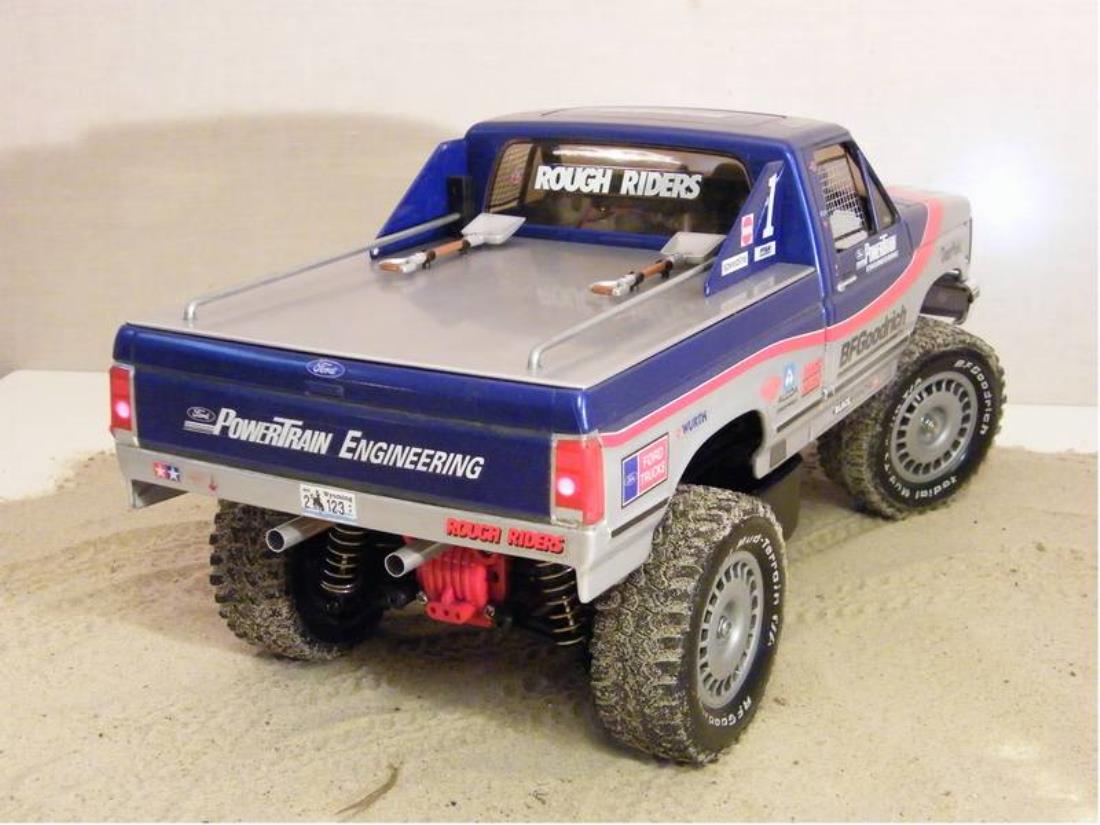 I still need sand rails.... but how or where? 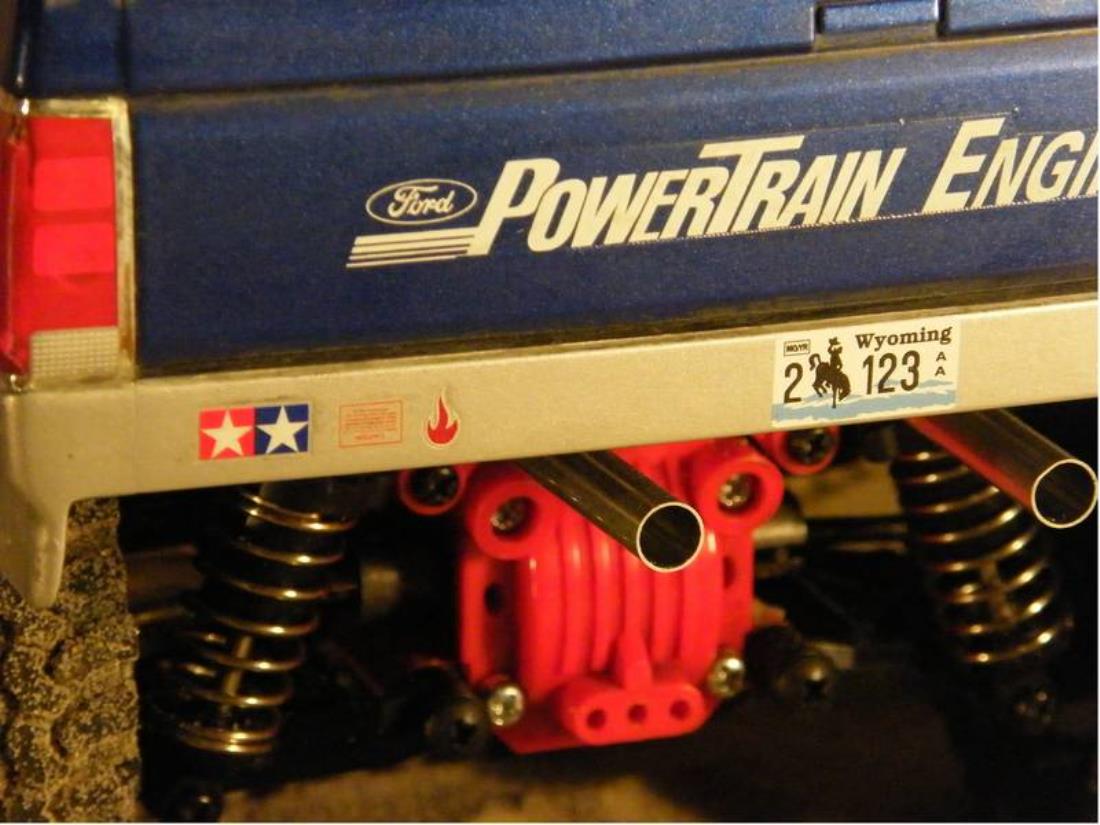 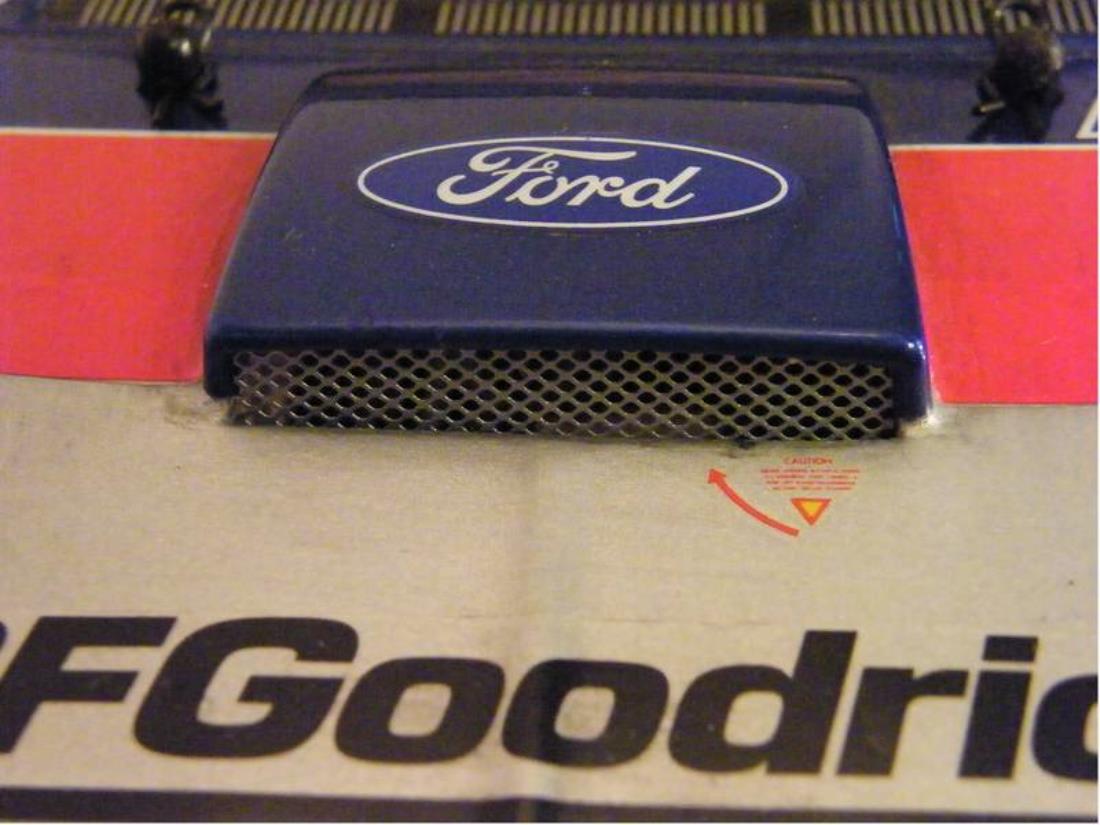 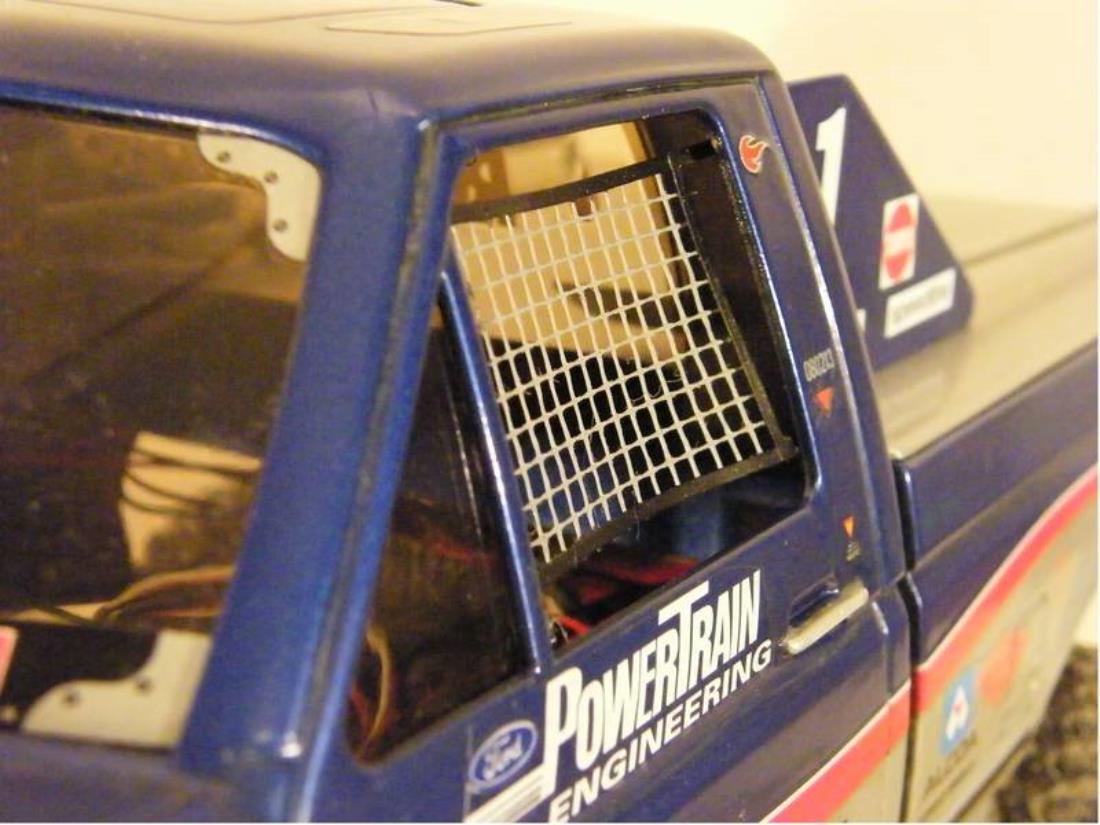 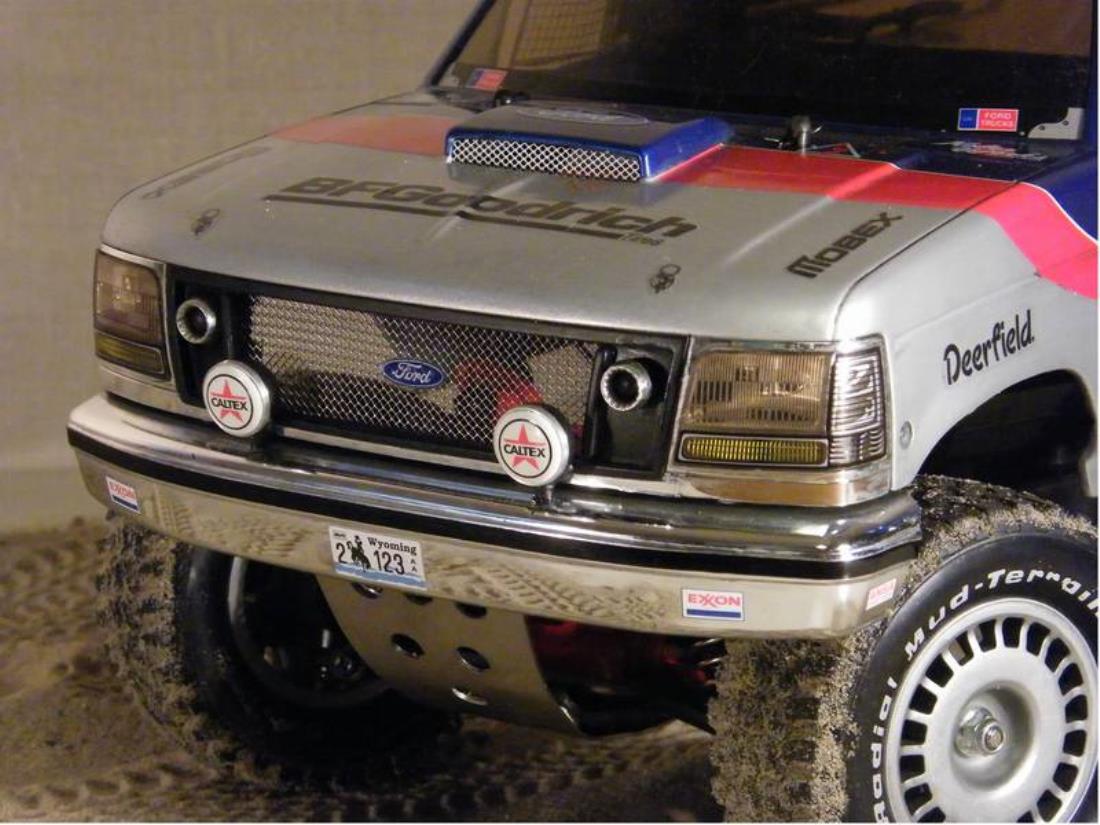 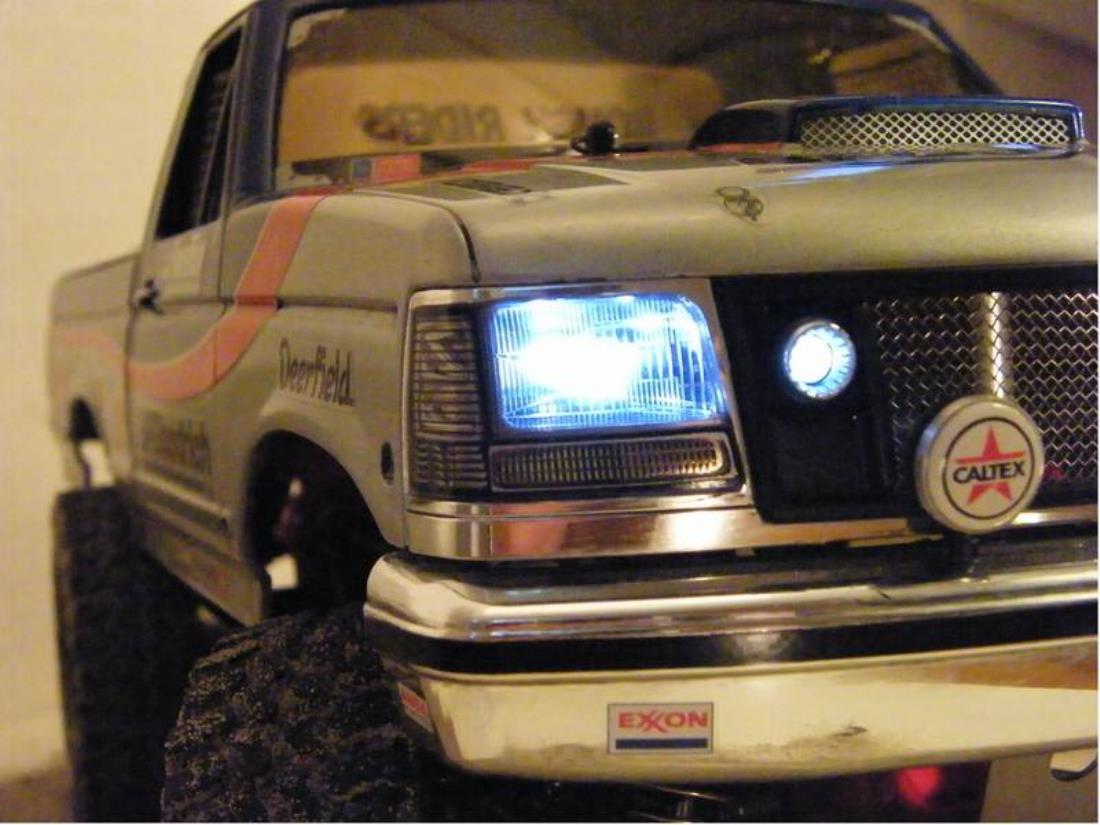 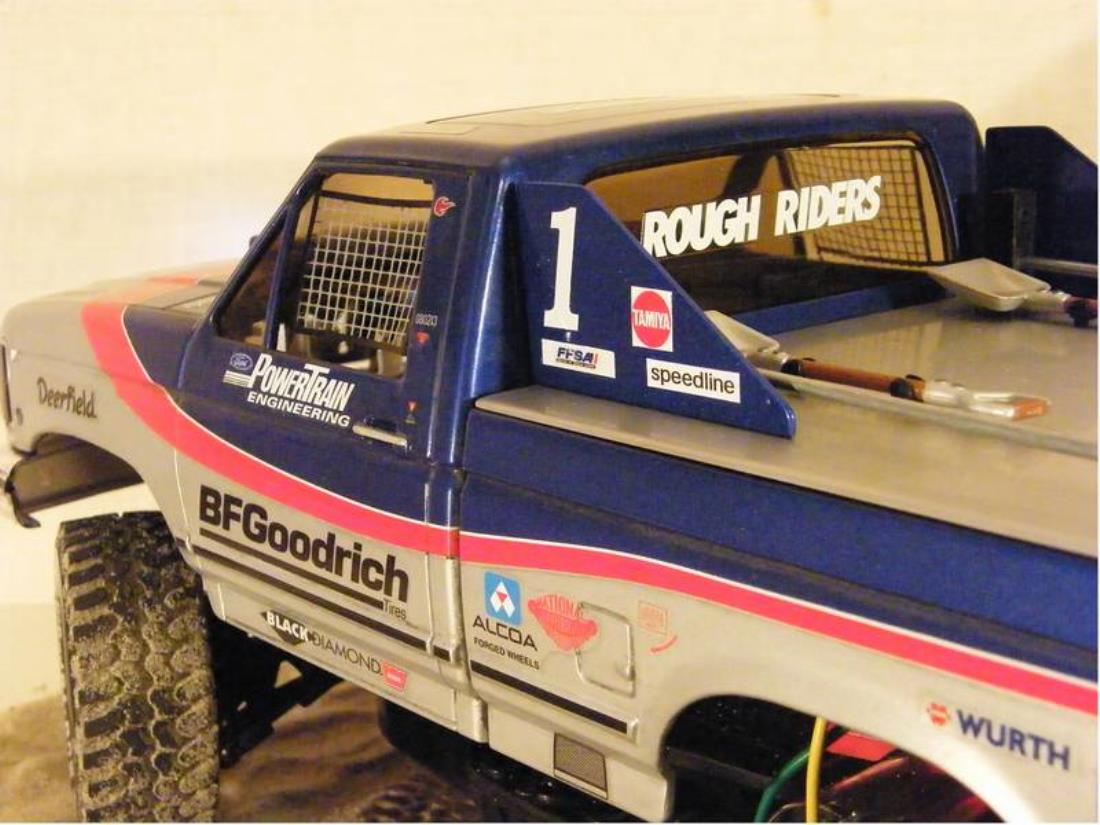 If you liked those pictures, you should see these...
reference pics for Ford F-150 trophy truck

Dude this pics are actually very good! Quite a story you have there, allthough you had some major disappointments the final result looks awesome! Top job!

Fantastic result from a long story!
This will be for sure one of the best F-150 in TC.
All I would change are the rims, they look a bit toyish. Maybe the F-350 highlift rims will fit better.

What a wunderfull truck u got there. Witch the nice front,but you can him make,s more giv him a wilder look. Witch a big bullbar and a lot of more headlichts. I thinck it wil looks like better. About the sand rails i will email you to explaine that. Great work Case.

WOW, it looks really great! Love the details you have put into this build. Great pictures too!

Why not join the dutch bashers

Very nice truck, looks fantastic, loving the detail work and paint job, just an interesting informative note the License plate you made is County 2 so that would be Laramie County where the famous Wyoming capital city Cheyenne is located

Nice work on the the details

Glad to see that you stayed with it.

Thanks very much for the tips and nice comments everyone!