Just really testing while having fun. The missus and my mate doing much of the driving. They both love it, the missus wants to buy her own car!


First time I've run the Pajero with a roof rack, raised body and bigger tyres. The centre of gravity is much higher than standard. I managed to tip it on its side which was actually much cooler than it should be, I just had to take pictures.

The missus managed to tip the Toyota on its side, but it didnt look as good as tipping the Pajero. Since the last run at the same place, I've taken the springs out of the dampers and removed the diff covers. This has made a noticable improvement to its ability, just waiting for the RC4WD rock crusher X/T 1.9's and soft leaf springs to arrive. The gearbox definately needs raising though.


Both the missus and my mate are good off road drivers. I enjoyed watching the cars and taking pics as much as driving them. My two fav cars. And both actually running! 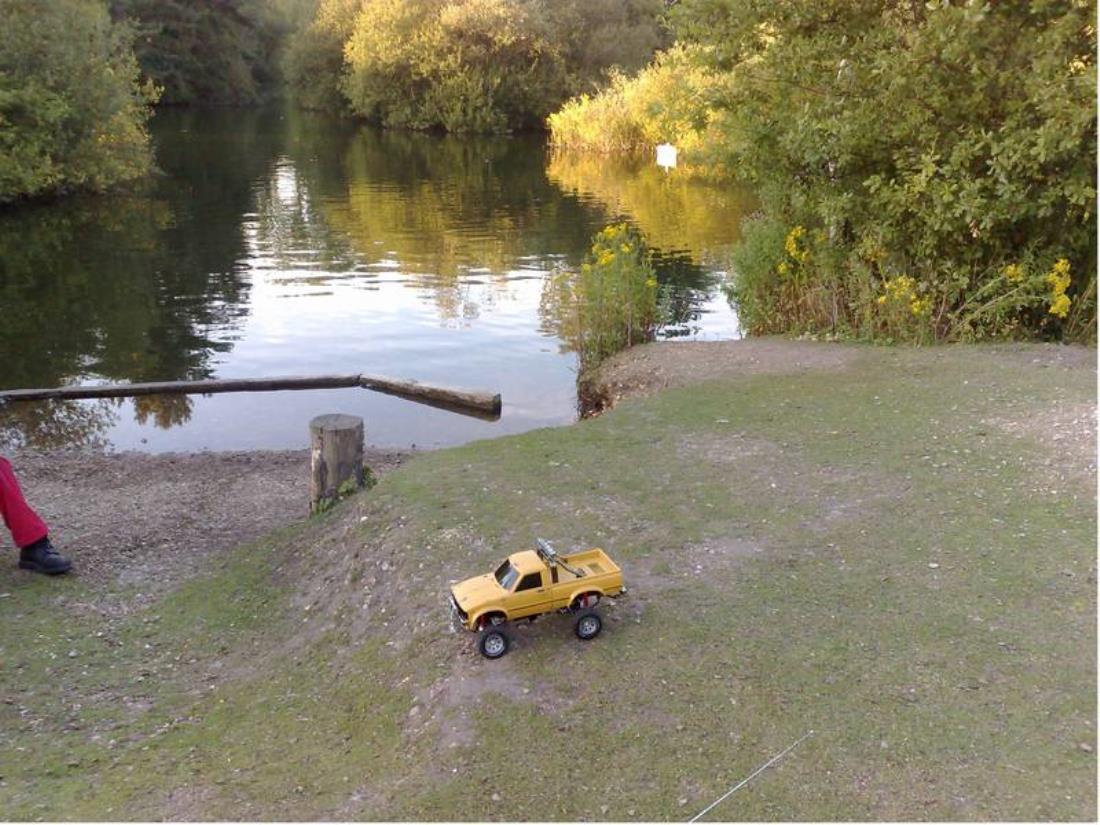 This is a lovely running area 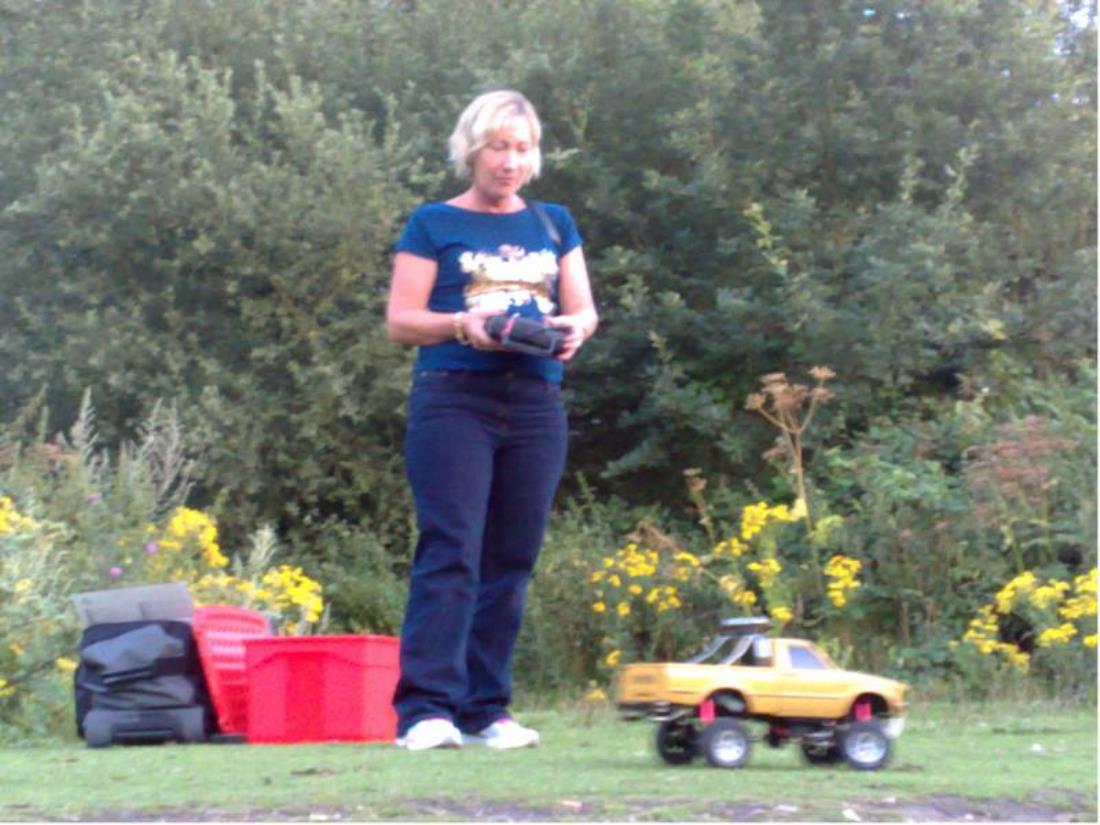 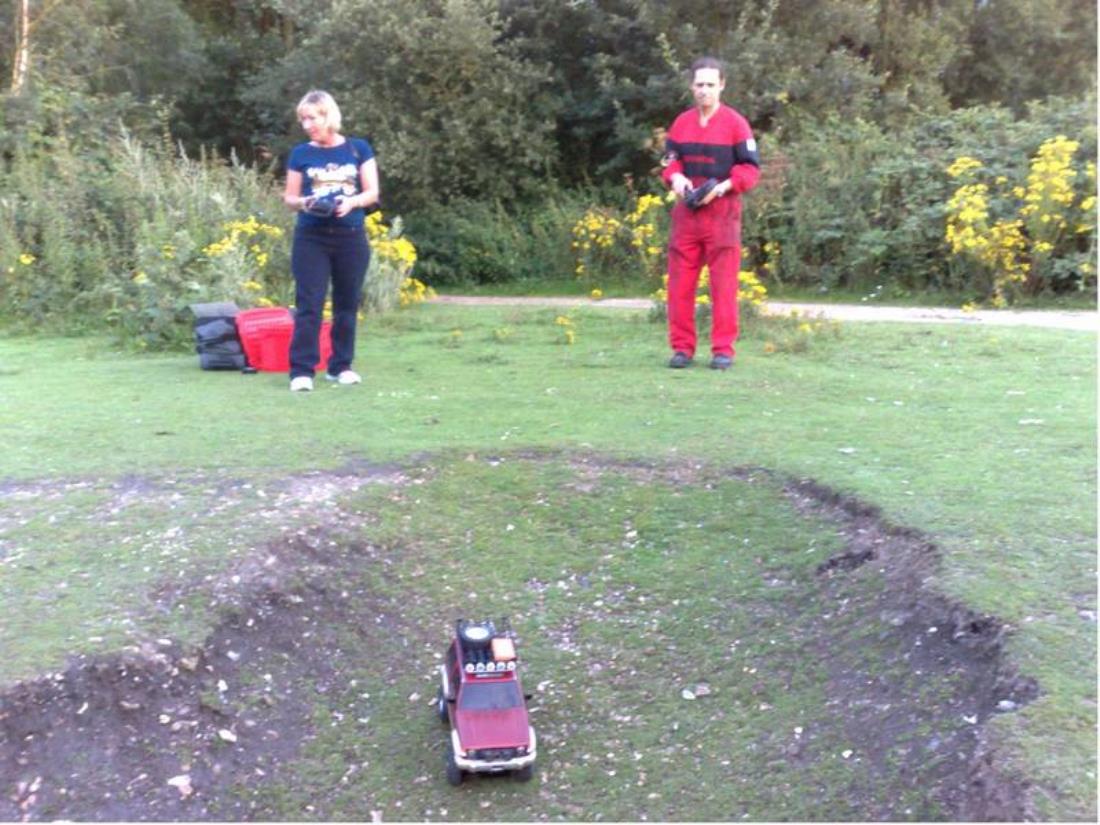 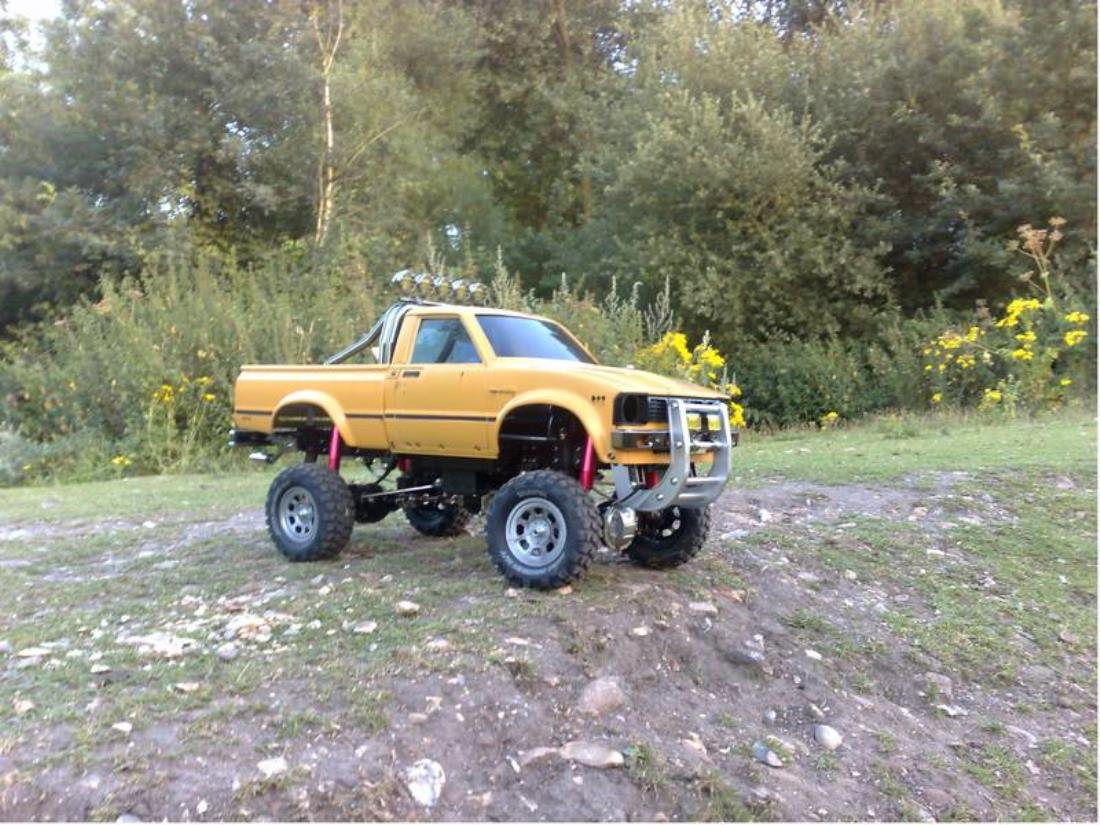 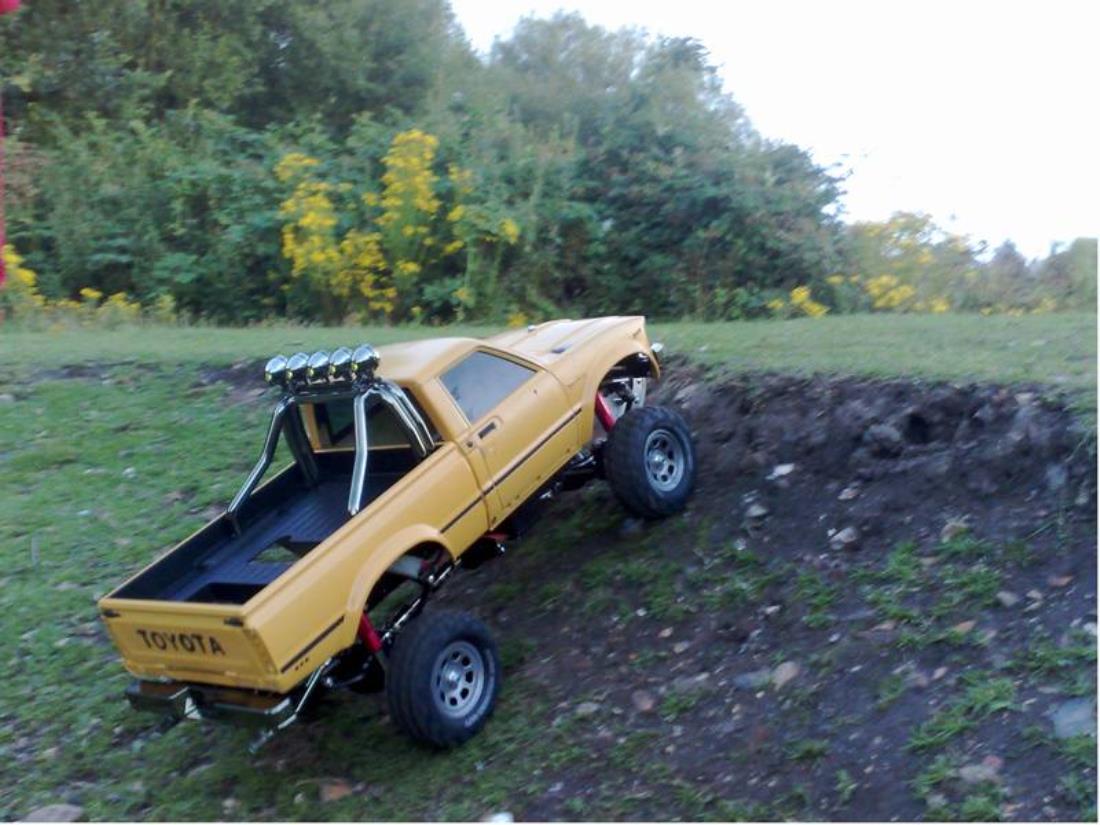 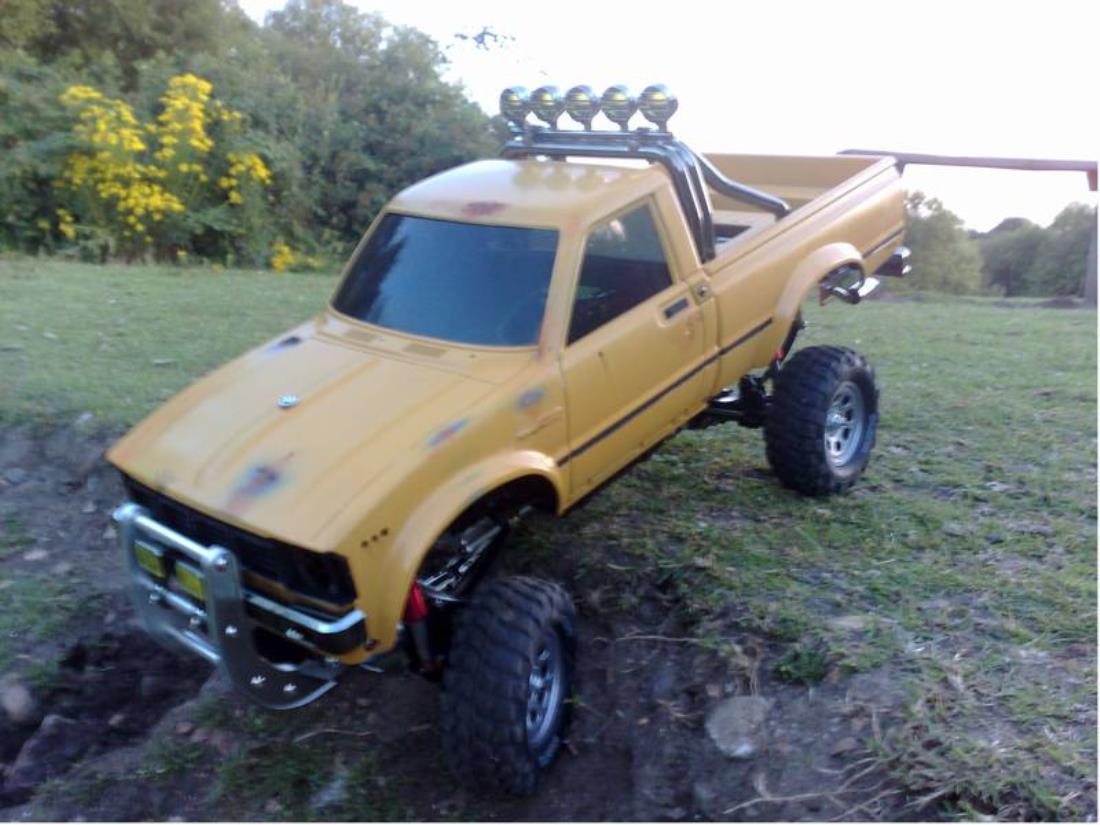 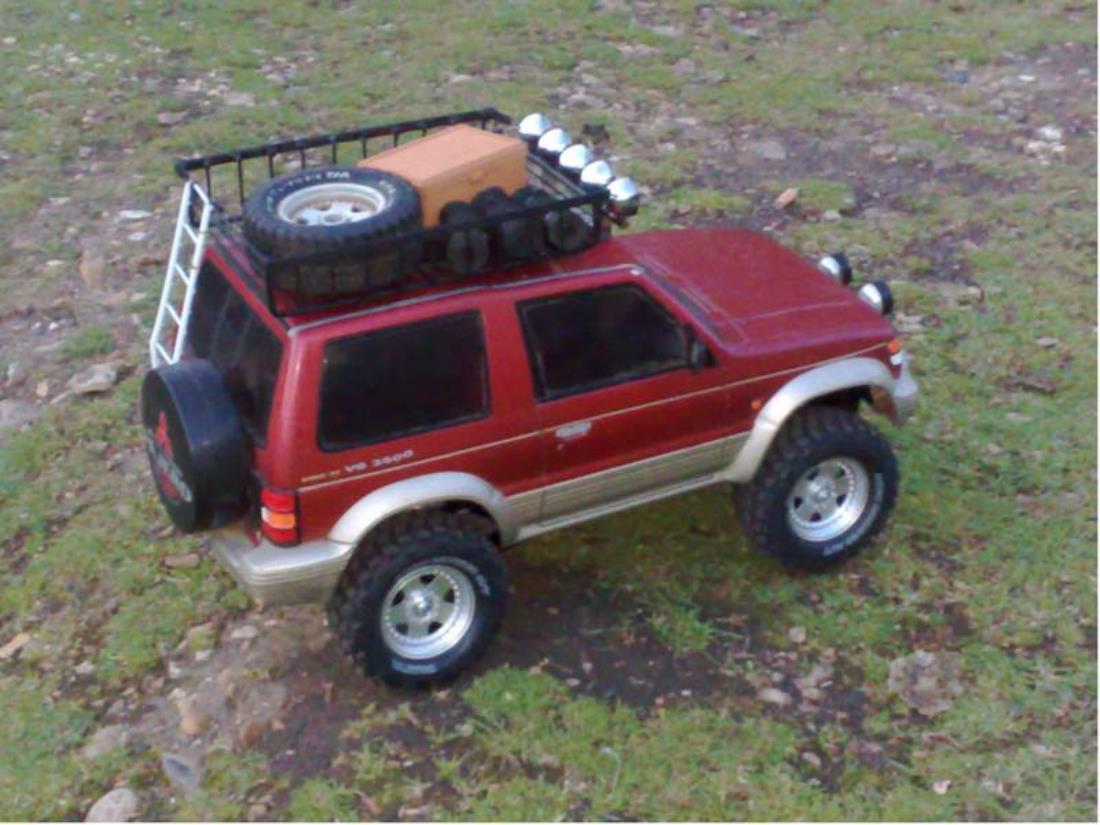 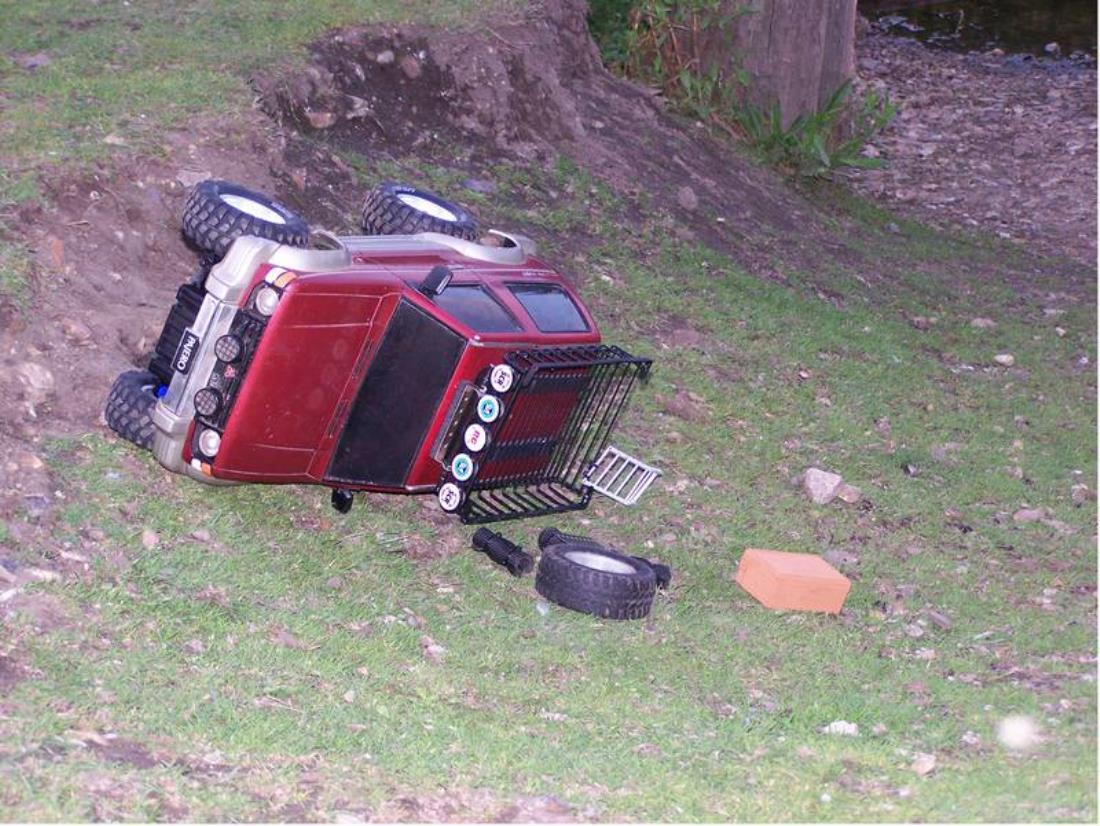 Note to self: High centre of gravity. 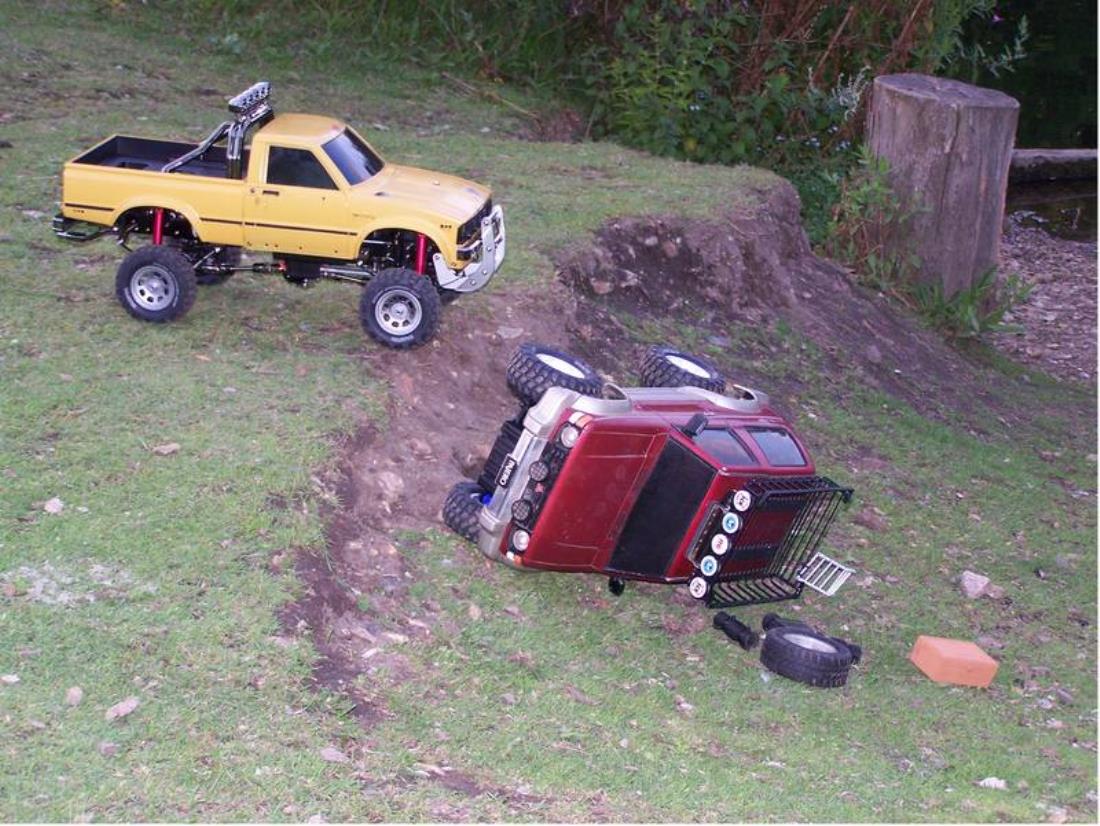 The Toyota came over to laugh, not help.

If you liked those pictures, you should see these...
Now good enough to be a runner

That is great that your Miss'es joins in the fun, I can't get mine to do anything with my builds but B!!!ch!

I'm building my own pajero with a roofrack/ bigger tires etc. I have to watch that centre of gravity bit. lol
I think it's great that your missus is so interested in this hobby.

Nice mate looks like a great spot you took your cars too ,I have both the same cars have yet to build the Pajero I think both cars compliment each other .I was showing my wife saying ohh look his wife is driving I scrolled down .ohh no hes wife crashed the Pajero ,my wife piped us and said his wife huh I dont think so ,so I scrolled back up to see who's eyes were following what car,and then corrected myself and said oh well thats why he rolled it 4x4 they roll easy lol,My wife then said umm them why is the Hilux still on all fours .>Note to self nod wisely to wifey she is always right ...Great pictures mate looks like you had a great day the cars look excellent its good to see your wifey enjoys the Hobby too .sweet paint job on the Pajero >thinks I will do mine that colour .Great day ,Great spot ...No fishing rod in the pond

Very nice mate. If that was my misses the car would have been heading full power into the pond lol

looks great! Clone the missus and put them in the traderoom...