MY NAME IS GIULIA AND I WAS BORN IN 1969. First rolled out on a bright sunny Italian day. It took me some time to figure it out, but it seemed I was a present to a lady by her husband for the 10 year anniversary of their marriage. Romantic isn’t it? Did I tell you I am an Italian?... I was driven by the lady on a daily basis. Nice Italian roads, great seaside views, life can be so cool. Sometimes when I was in a bad mood I figured that life was a little boring for a sports car cause she wasn’t such a good driver unfortunately. I grew up gaining some scratches, stains and bumps. After a while I found out the husband was some kind of mafia boss and not all the people I met were that reliable. But, well, you know, as a kid you just grow up where you grow up, no questions asked. And I am not responsible for anything, I just drove the lady and managed to survive without serious injury (not even one bullet-hole in my childhood days, I guess I’m lucky…)

The scratches showing the lack of driving abilities might be the reason I was sold eventually. Now I come to think about it I think I was replaced by some silly overdone racer (Ferrari or something) for people who own it all but still don’t know how to drive. Well, No problem by me: it was the start of my teenage days! I was bought by a young man who did know how to drive: with high Rpm’s we were racing the mountain roads, the engine sound reflected by the rocks. Shivers down my spine. Daytime, night time, we were always partying, illegally racing with our friends like Fulvia, Spider and even Dino. Well, illegal, have you ever seen Italians drive? In an anarchy there is no such thing as being illegal, we just had fun.

The guy did some good maintenance by himself, with some caring Italians hands he forgot some screws from time to time (one time I saw my own rear wheel passing me by…) but I was taken good care off. Well, I got older, lost some compression etc. but who cares, life is a big party, drinking petrol, leaking oil and roaring through the hot Italian nights.

After a while the guy settled down, having a wife, getting some children. Just a happy family and you know what happened then? They fit no more! So I got competition in the family from a Volvo stationcar. What did I say: competition? From some iron looking fat and riding like a tank? It is one of the strange things in life: human beings seem to loose their first love by gaining some other loves.

Well, you can guess what happened then. They left me at the garage where they bought their tank and I got a price-tag. But weeks passed, months passed and eventually years passed. I stood there forever with no one wanting to buy me. That feels strange and confusing: why would no one want a true sports car like me? And I had way to much time to think that over and over…. Eventually, with the oil leaking away my spirit leaked away too and I ended up outside behind the garage with flat tires and rust everywhere feeling sorry for myself.

After ages I was, half aware, towed on a truck and driven to the Netherlands. That seemed like getting worse: that country is below sea-level which can be noticed by the amounts of water everywhere, unfortunately in the sky as well on a regular almost daily basis. But things are never what they seem. They did start taking me apart but rebuild me like never before: I became a historic circuit racer! My body was lowered but my spirit went sky-high! I was on top of the world again, but higher, trained and fit like never before.

Today I go racing every other weekend on a circuit. Made a lot of new friends like Cortina, 356 (hmmm, that shape, it seems not only Italians can build sports cars…), Beemer and Austin. Life couldn’t be better. You know the quality of modern petrol? It is like drinking single malt pure Scotch instead of the blended whiskey rubbish before. How in the world did I get here? And why me? I don’t know, all I know is I’m thankful and I will enjoy every second of my new and revived life! 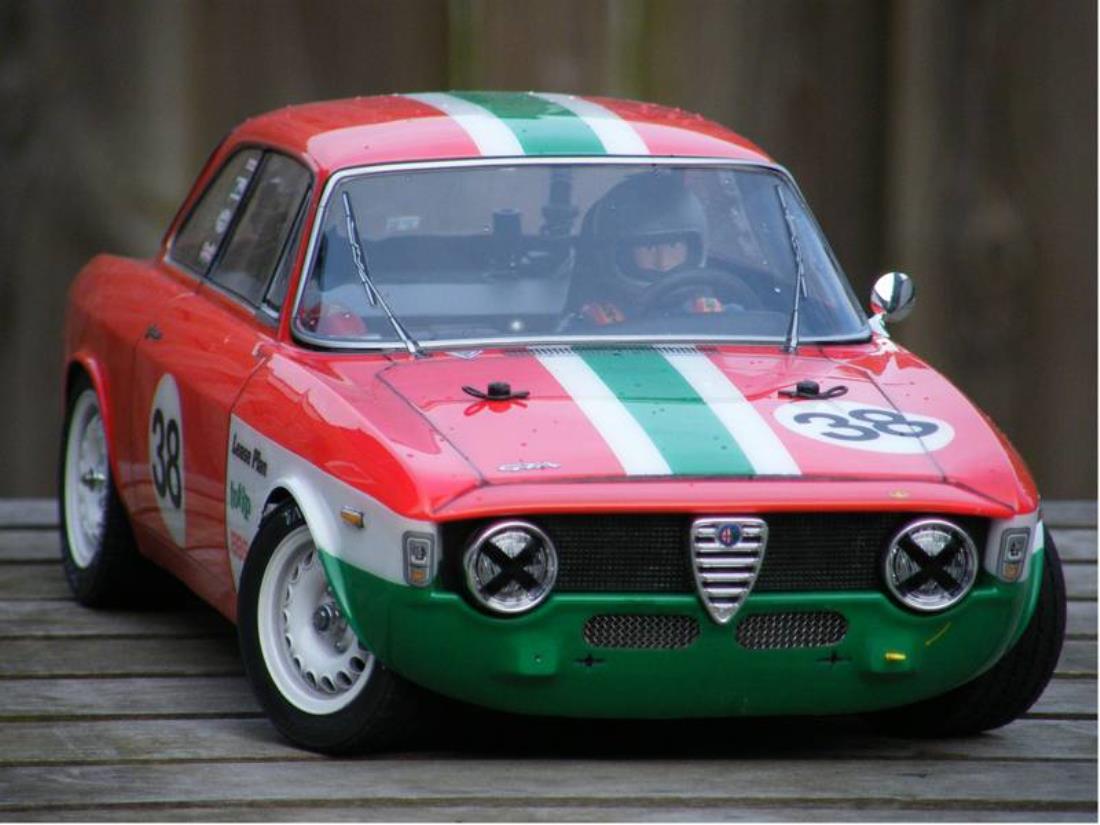 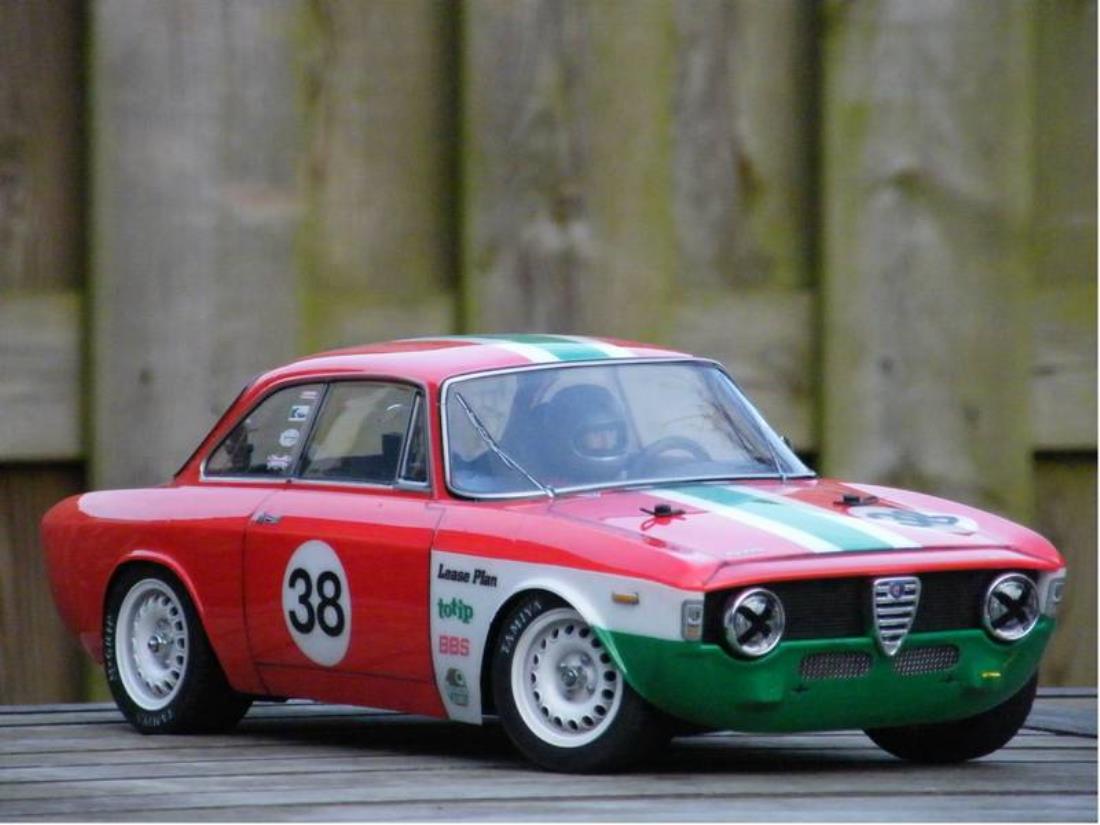 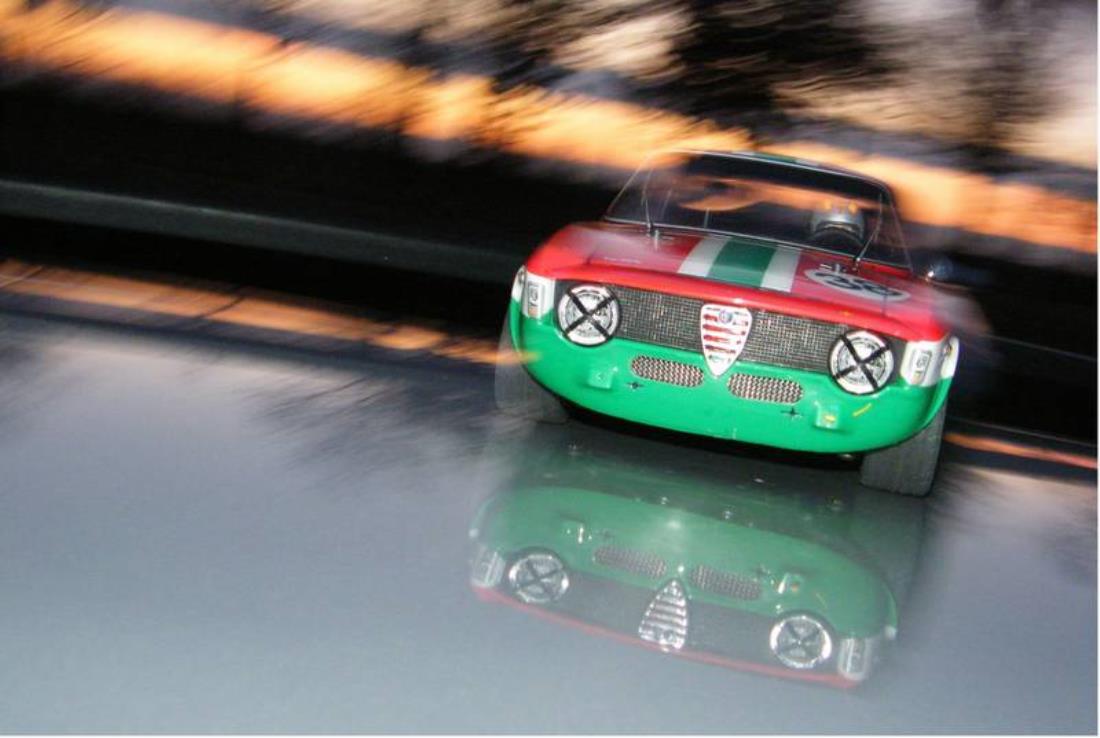 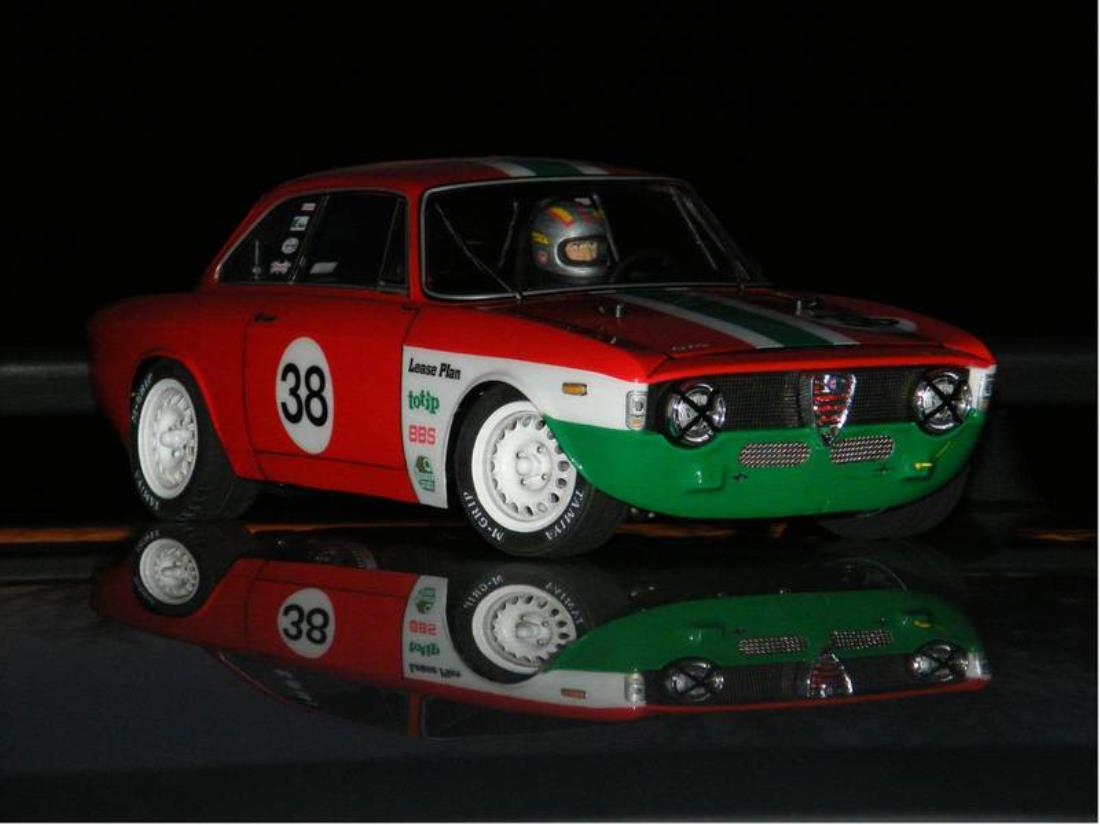 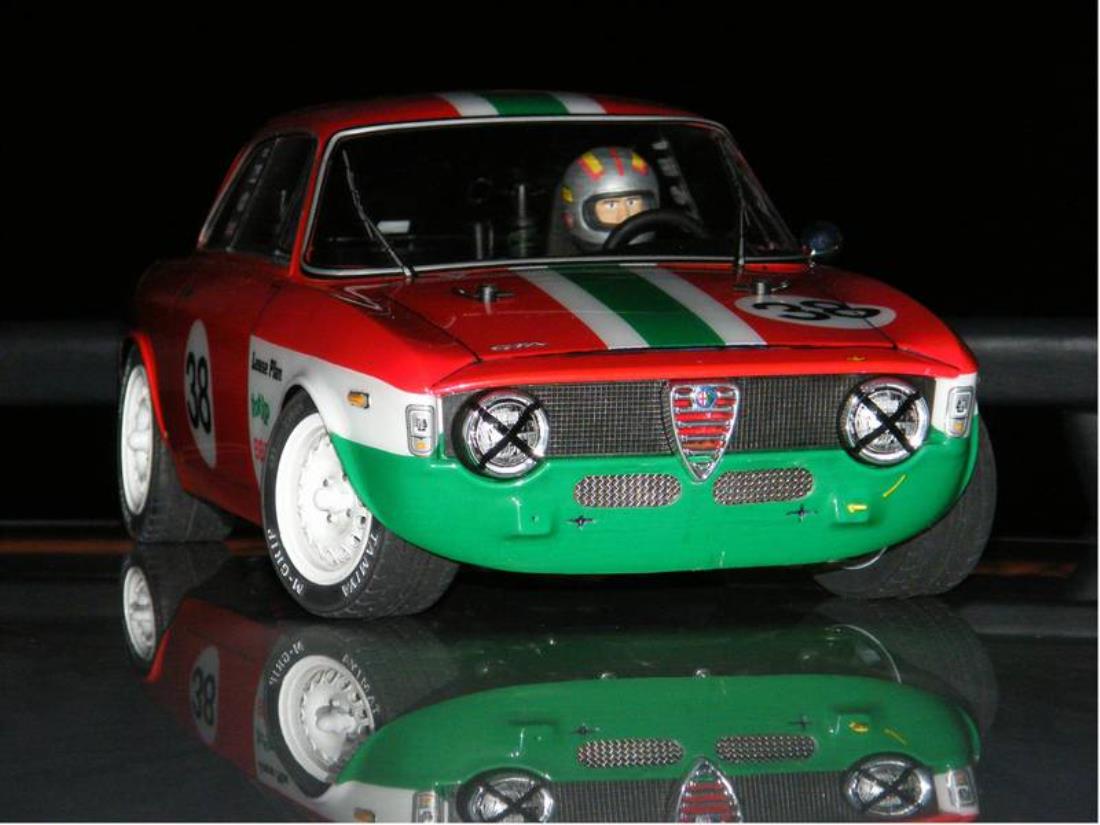 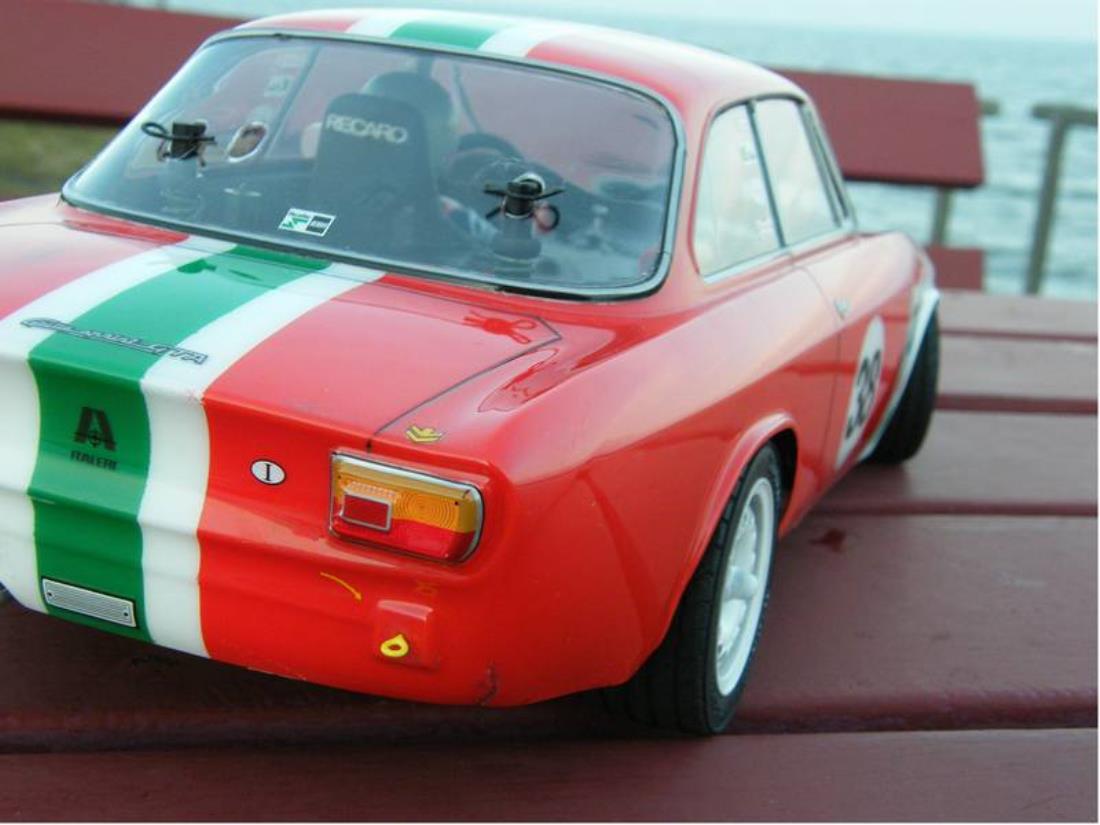 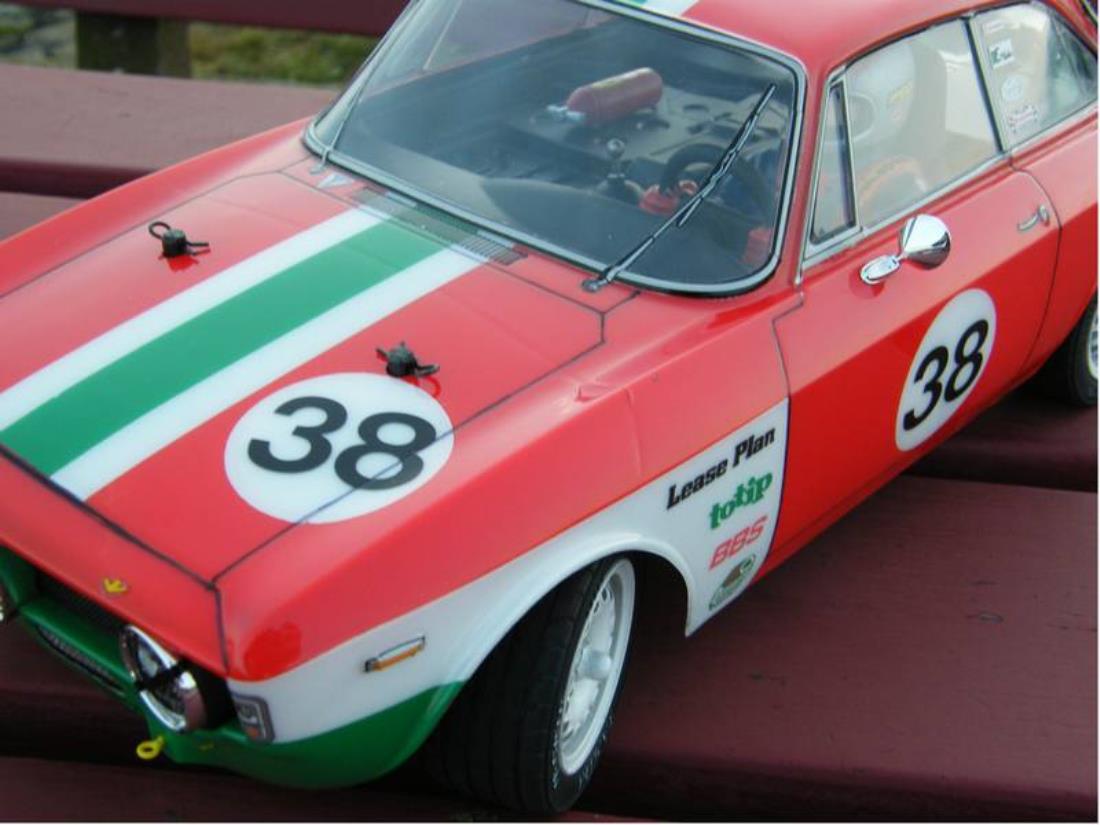 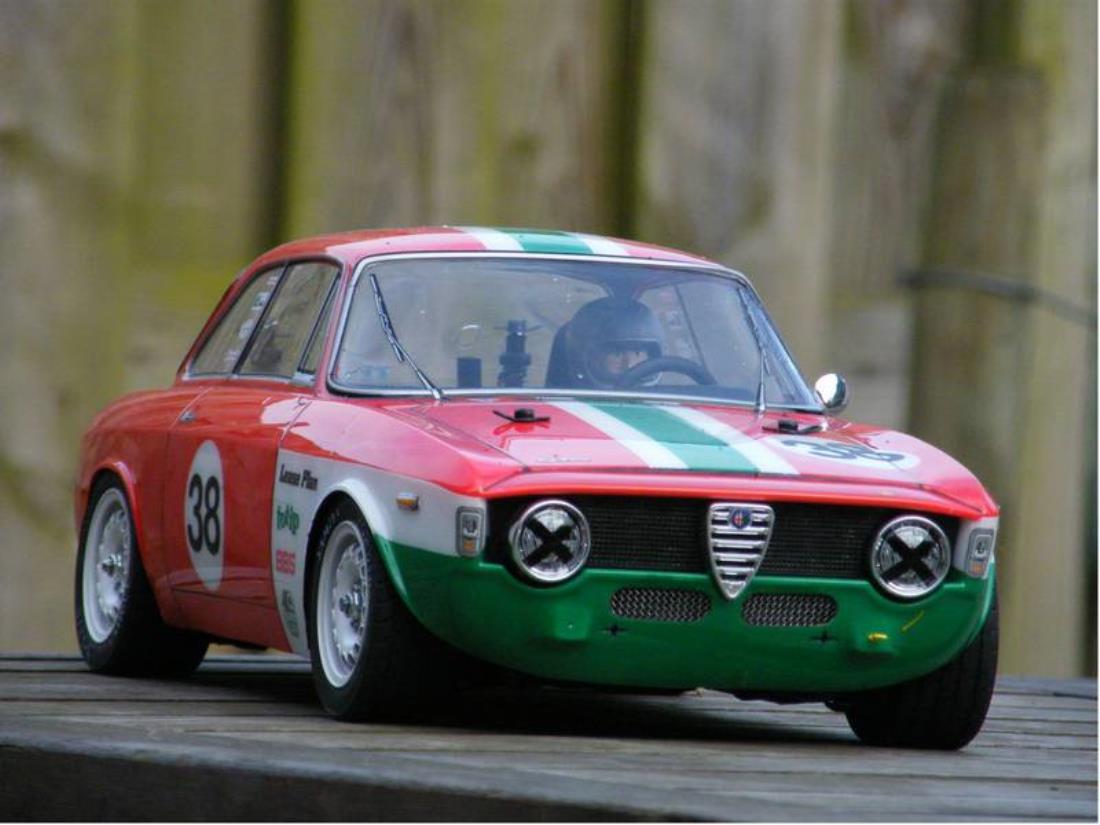 that stance took me ages! If you liked those pictures, you should see these...
runner pics from Giulia

Fantastic story and owesome pics.
I want I had your skills in building, writing and photographing.

Kees, without a doubt one of the nicest Giulia´s on TC imho. You´re the man!

Thanks guys... much appreciated

(a bit proud myself too.

Fantastic alfa ... if you want a replica, you have a specialist in Holand .. jan steutel. Fantastic color combination!

that turned out really Stunning kees, I love the livery and little details and weathering, to bad we don't live closer we could race our Alfa's

@Wyoming: I would love the italian flag theme together with the orange! If only....

This is just lovely - be proud, very proud!!

The best I've seen, a stunner

Great Alfa and in a very nice color, love the interior and some little details. Nice pics and story too!

Awesome work Kees, this is a real stunner!

Jeez Louise but this is really a stunning looking Romeo. 100% for an incredible job. The stance pictures is simply fantastic.

What a nice story! Color choice and execution is really top notch. Last pic really does it for me

This is excellent, right into my favorites!

By far one of the best looking Alfas on Tamiya club.

this is really nice

WOW I just saw this and I must say it is the BEST Giulia I've seen! The the driver, the livery, clearance, wheels, and photo...all A++ SAVE TO FAVORITE!!