I bought the Rookie Rabbit quite cheaply from ebay. Just had to see what the DT01 was all about and why not do it with one of the rarest examples. It came completely ready to run, even had batteries in the transmitter. The previous owner did not believe in lubrication at all. This is the first time I've ever seen a bevel gear star shaft worn completely through.

They must've had some really good drugs at Tamiya the day they designed this one and approved it for release. What a shocker!

The standard equipment lasted one run, then the MSC was thrown where it belongs. The pogo stick suspension was replaced with plastic CVA oil dampers, TA02 tourer on the front and DF03 rear on the back. Alloy 17T pinion replaced with a Robinson Steel

I have some more mods planned. Double wishbone the front suspension using Bear Hawk parts and some turnbuckles, a swaybar on the rear. Then of course hit the body with some bright yellow paint and detail it up nicely. I think some Super Astute wheels and tyres would go nicely too and give it a bit of much needed traction.

Big thanks to my wife Bronwyn for the action photography. Movie action of it going crazy when I get time to edit the footage into something presentable.

Comments welcome as always, thanks for looking.

**EDIT: Some have asked about the yellow wheels. These are not the wheels it came with. The ones it came with were cracked and not usable. Spaceship if ever there was one. 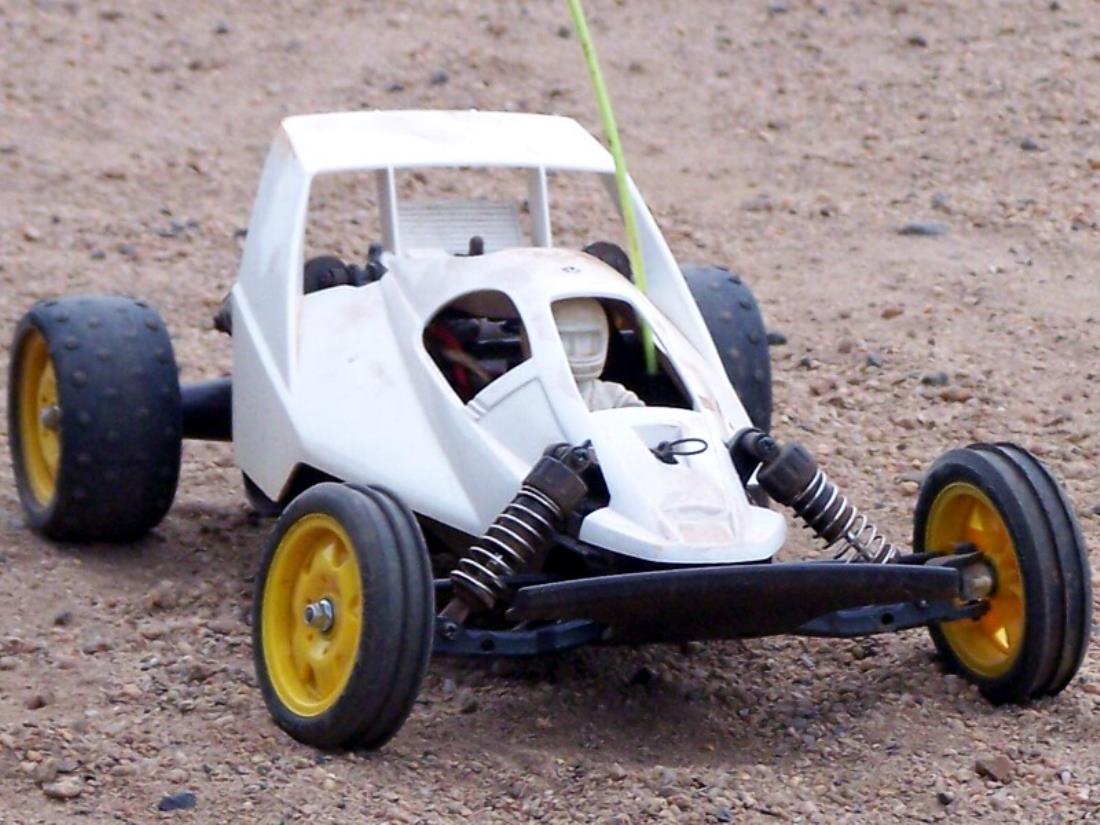 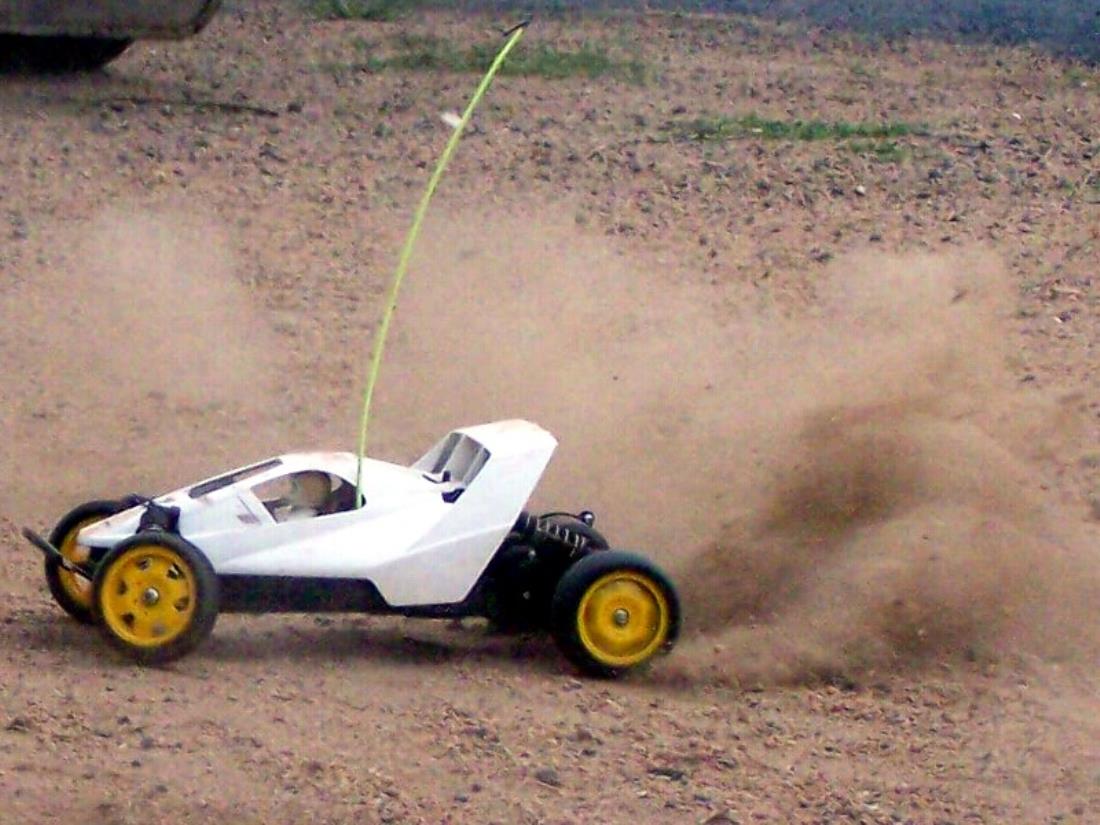 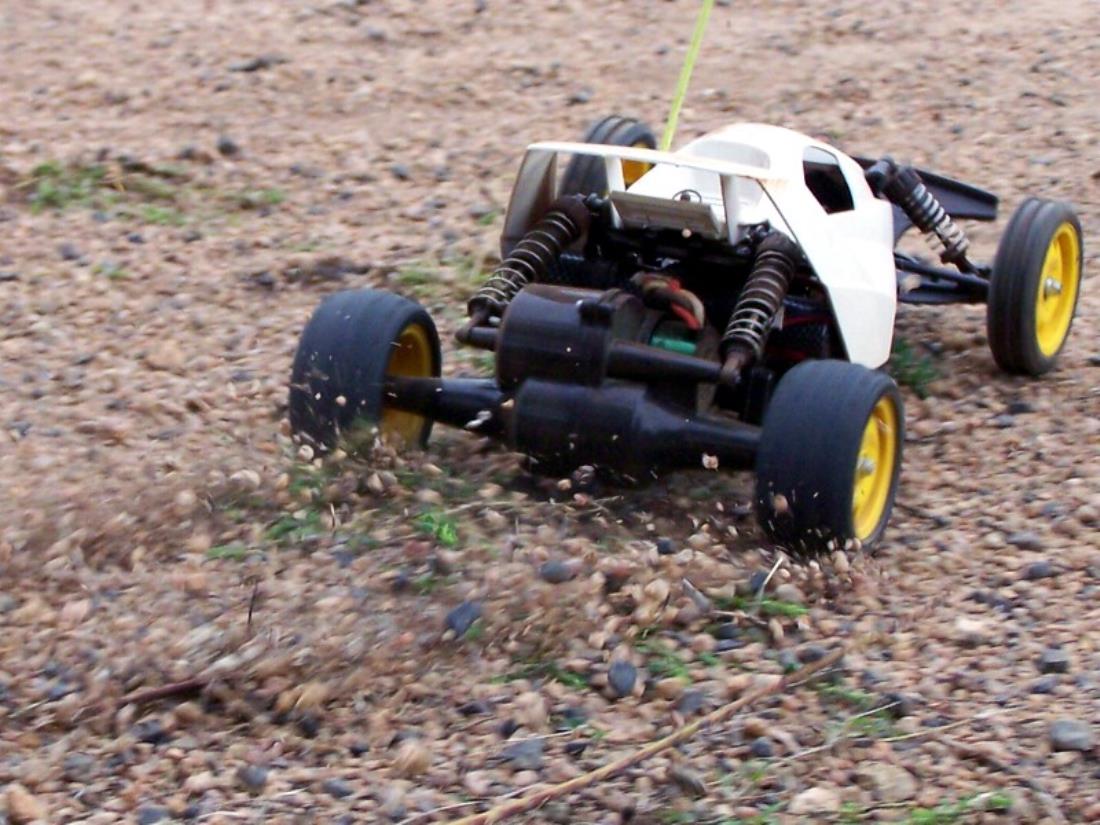 Oops... showered her in rocks. 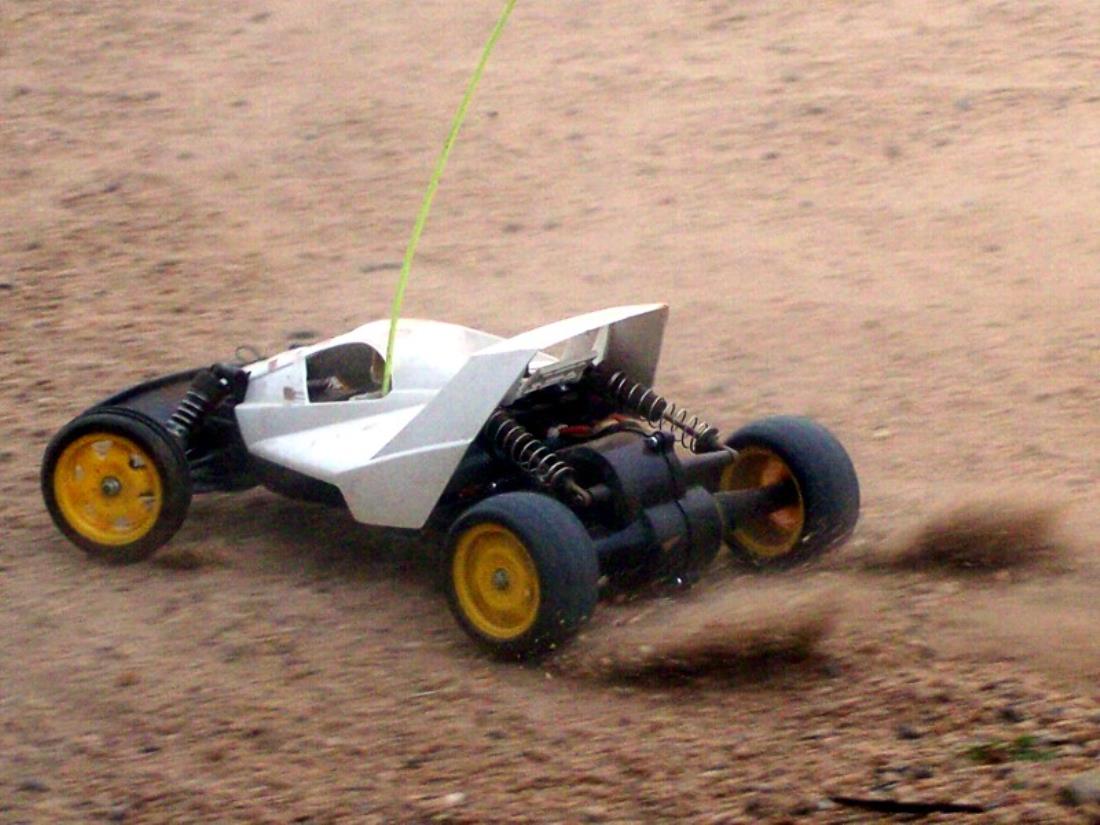 Is it the same as the Fighter Buggy RX? Side on, the body looks much too short. But hey it was cheap so modify away. Enjoy

It's the same chassis I'm sure.

Now thats nice, fresh shell!
Do the CVa's handle the power ok?
Its the smae DT01 chassis as the fighter rx, which is what i have.

I only ran it the once with plastic CVAs. Much better than the pogo sticks. It has Tamiya DF03 alloy dampers now and Super Astute wheels and tyres. I'll get newer photos up of it oneday.