Recently I had a few people ask me about this particular topic, so I thought a quick 'how to' guide would be a good idea.
Surely all of this info is well known by the TC veterans, but I thought putting it all in one place would be helpful to other members. 8D

As many of the original TA01 and TA02 hop-ups are becoming increasingly difficult to find at reasonable prices, I started looking to the stuff currently available from Tamiya. Although they are constantly refining their designs, many configurations have stayed the same throughout the years. Tamiya's TA01 touring chassis uses the same 39mm shafts on both the front and rear axles. 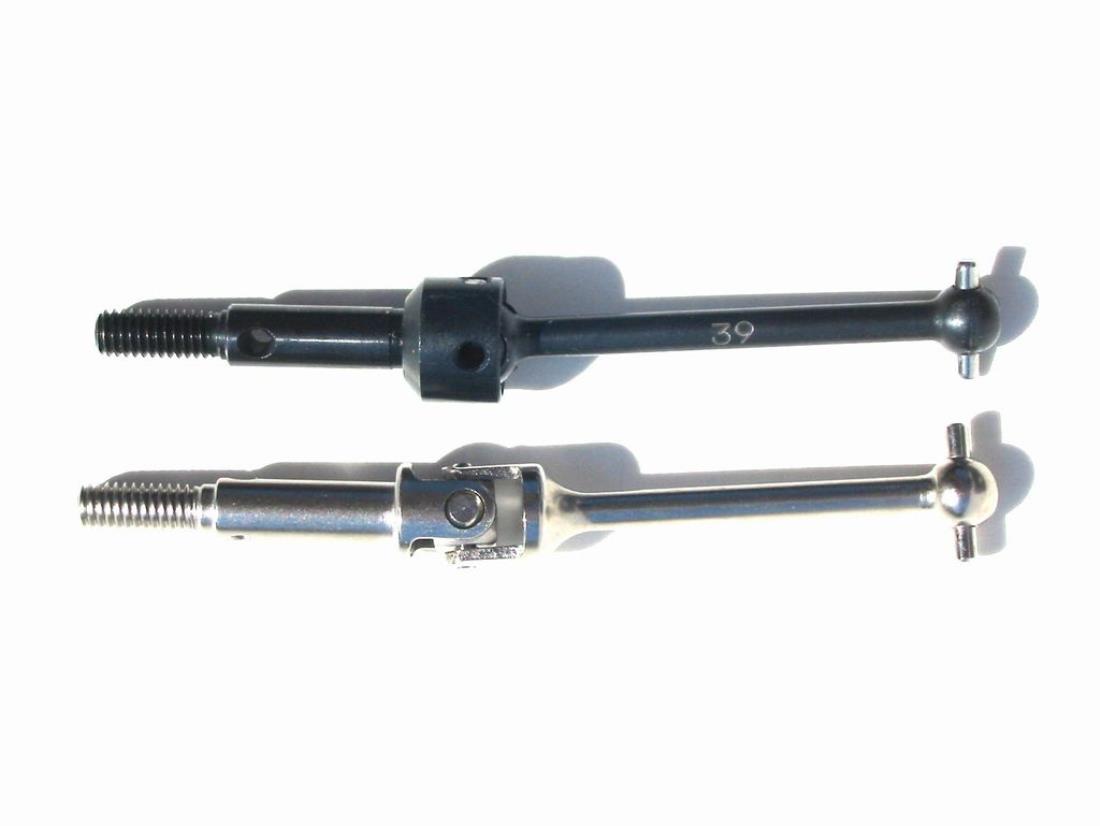 With the TA02, the front end design was changed entirely, but the rear axle design was carried over from the TA01. Later the 39mm axles appeared on both ends of the TL01, as well as the TT01 and TA04R; The FF02 had them up front. Any universals designated for these vehicles are completely interchangeable.
More recently Tamiya has introduced rebuild-able universals, and they conveniently come in several shaft lengths, and all parts can be bought separately. Below is an example of the parts required to make a 39mm set that fits the afore mentioned vehicles. 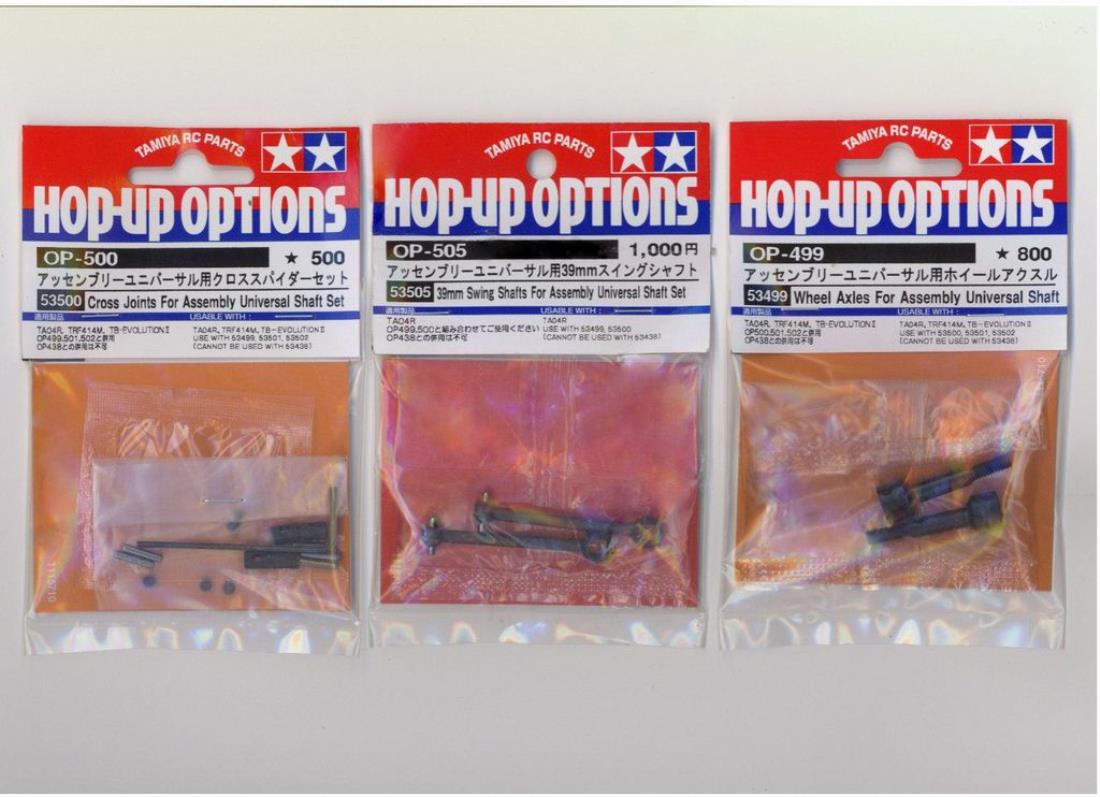 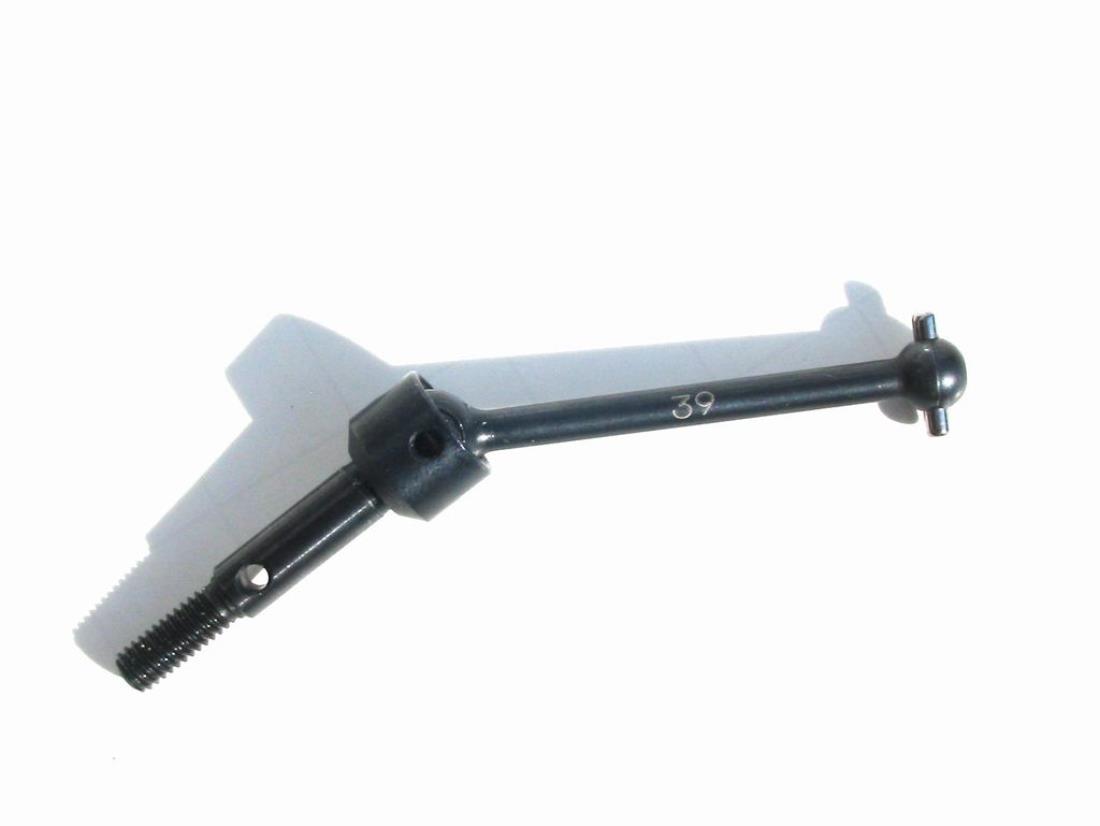 
TA02W universals simply have longer shafts with the same axle stub dimensions, so you can also build these from the assembly parts. Shaft length would be 46mm, from the TA05 series. As interesting side note, these are the same axle dimensions of the Hummer series of cars, including the JGSDF vehicle, Cayenne, and the new Repsol Racing Lancer. (The #53847 TA05 46mm Assembly Universal Shaft set would also be a direct fit.) 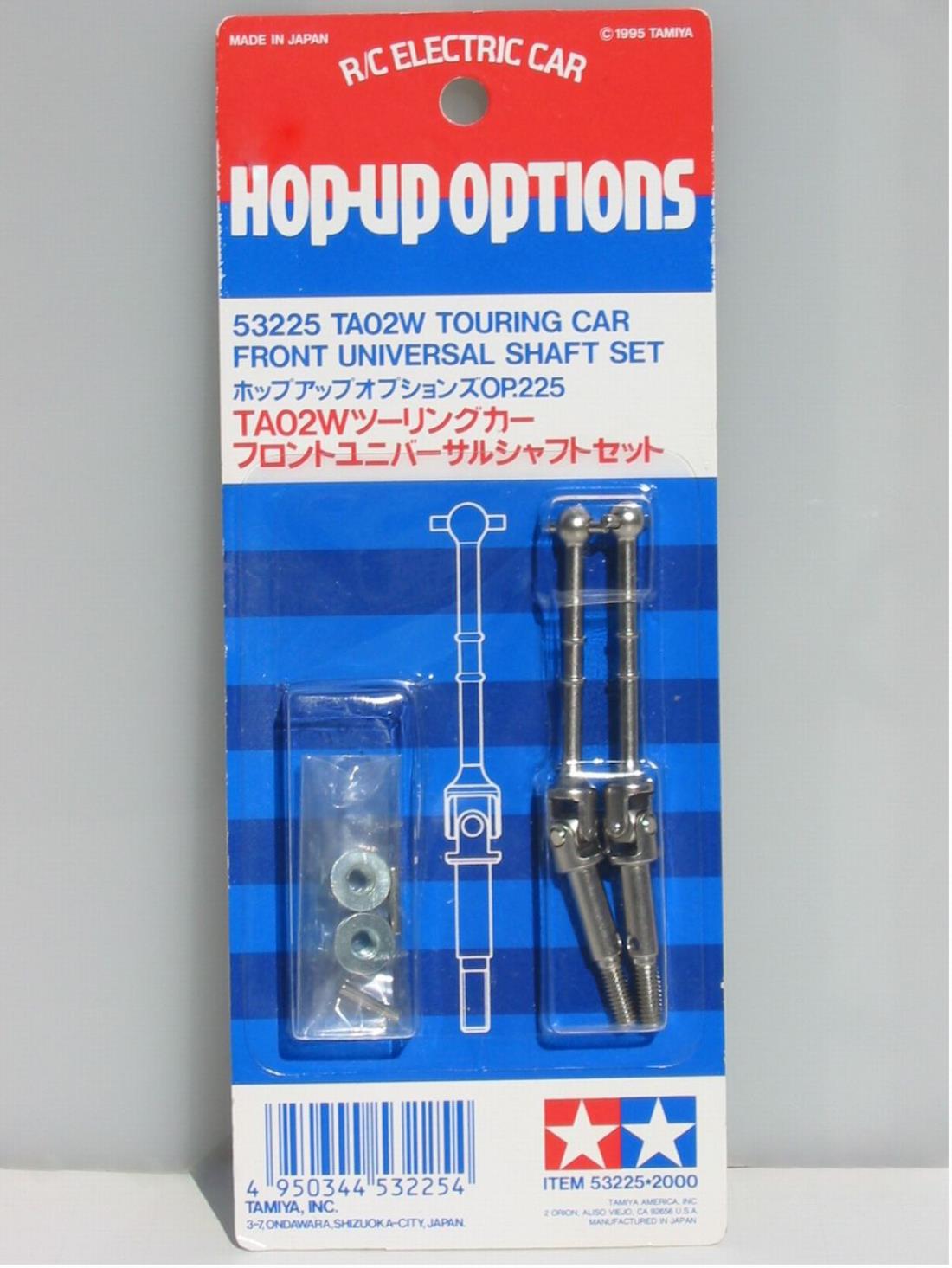 If you liked those pictures, you should see these...
Touring Car Universals

I think if I ever have any TA-01-02 questions in the future I'll just call you!

cool, I've played with these but hadn't considered building them, Thanks for info Steve I might have some playing to do this winter with axles

Superb stuff, will have to try this

I knew it would be possible but never really got in to it. This sure helps!

Great stuff, very nice work. Looks good on many cars. thanks for sharing!

Great, could use this on a project of mine. Cheeres.

Maybe it's worth adding that the TA02, FF, and TA03 UJs could be approximated by the F201 UJ + 44mm shafts. The original shafts are 45mm though.

Update: I have found that the aftermarket 42mm TA02 style axles have returned to the market as 'XC/CC01 hardened swing shafts' and are currently available on eBay. I just bought a pair this evening and plan on doing a full on 'thrash test' in the immediate future... Stay tuned!!!