i'm a big car nut and when i see a car that has that 'wow' factor, i'm hooked!!! her's one car i think would be an excellent r/c car if someone would ever produce it in 1/10 scale. one of the most intimidating movie cars ever built, IMO, was the v8 interceptor from mad max. ever since i first saw that movie in 1979 and road warrior, i always wondered what make of car it was. i knew it was a ford product because the mustang hood was a dead give away, but being young at that time and having older brothers that owned muscle cars, i never knew of any cars like that being built in the states. it was after when i was in my 20's that i found out the base car was a ford falcon from australia. even after 30+ years, that is one of the coolest cars ever built. now if someone can produce a 1/10 version of the falcon and the v8 interceptor, i would be the first in line to buy it. what do you think?

after i had posted this and saw the responses, i ACTUALLY contacted hpi customer service with an email about what process do they go through to determine what car body to produce for sale. i mentioned about the v8 interceptor and how it would be nice to have a 1/10 version made for collectors like us. i received a response and the person responded agreed about the car and was going to let the designers know about the request. i hope i started something good for us collectors. if anyone would like to see the letter, just shoot me an email and i'll send it to you. maybe if we all emailed about having this car made, who knows, we'll all be the proud owners of 'the last of the v8 interceptors'. 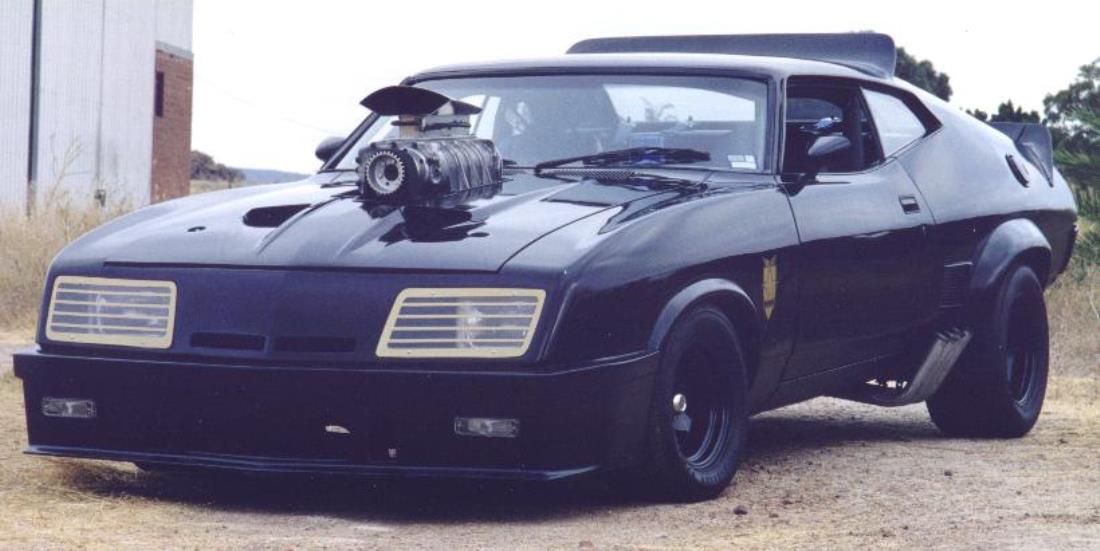 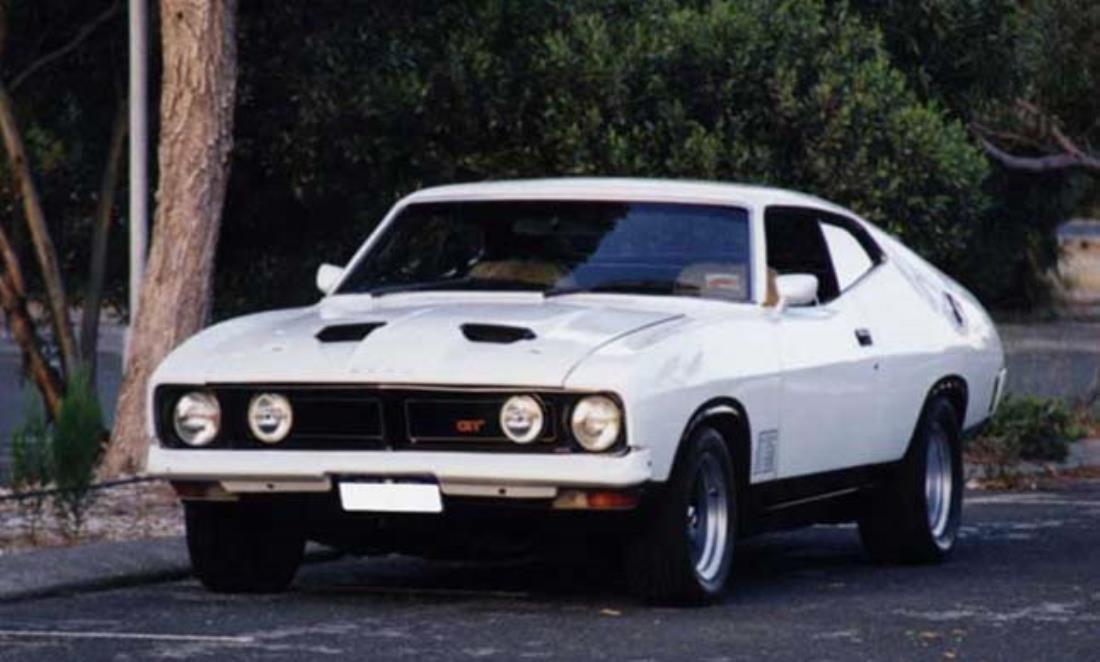 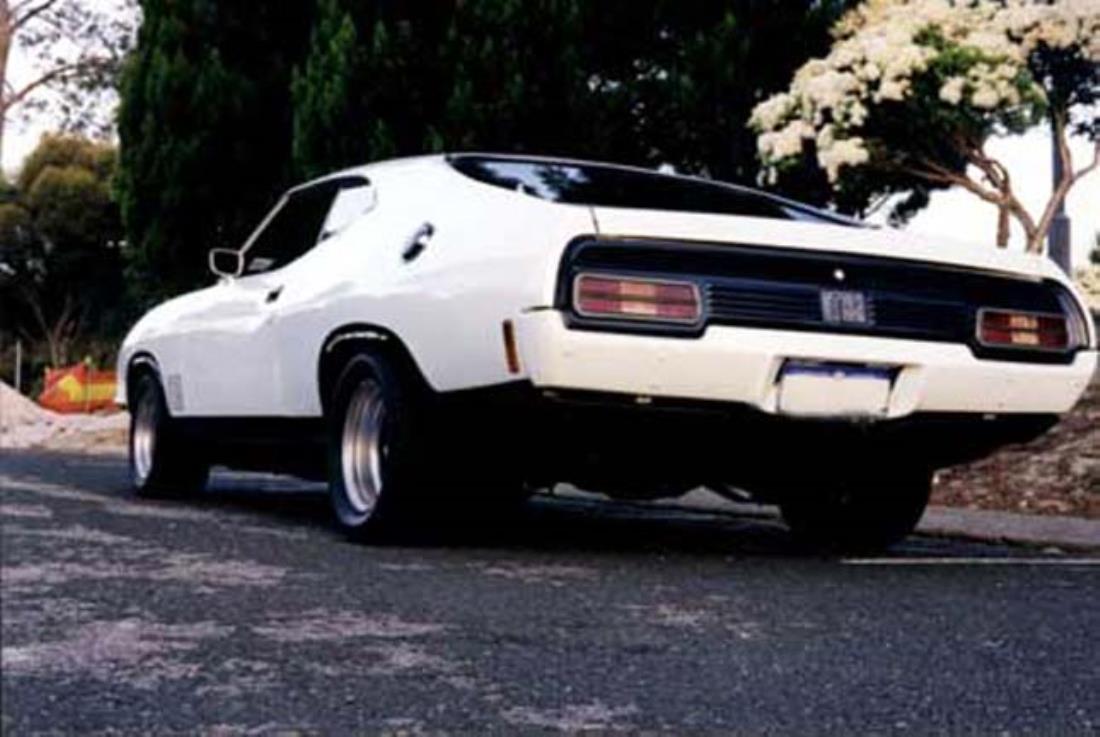 Kyosho do/did a body for the mini z (i think) that is the Mad Max XB/GT falcon, saw a few on the 'bay but they were expensive.

I think there's more chance of world war 3 to be honest with you....

I'm a big fan of this car (and the movie) but my guess is that there's pretty low chances in seeing one of those as RC one day.Falcons were/are quite popular in australia,but outside hardly known(sadly)...

i saw the mini z version but it was of the interceptor from road warrior. it's good but they should have made a bigger version.

hey scooby, you never know.....if enough people ask and the right person sees a demand, it could possibly be made. the falcon xb/xc has become very popular in the states recently....you're lucky to get one for under 20k used and in rough shape. the closest thing to the falcon is a 1970-71 ford torino gt. australia took the styling of the mustang and the torino and combined it into a very nice car that should have been sold in the states and everywhere else IMO.

It really was 'the last of the V-8 Interceptors.'

THIS IS NOT A COOL CAR! THIS IS SUBZERO.

You can get a 1/10th body, but it is not exactly very accurate, but it gives you the idea anyway.

I like the original car better than the movie car.

There is a guy here in Australia that makes real 1:1 replicas for people if your cashed up! You could then turn it into R/C & have the best car on here, although it wouldn't be a Tamiya. Seriously the car it's based on is a very nice car(I can say this even though I'm not a Ford fan. Go the Holdens/GMH!) & a classic Aussie street machine. Not too many getting around any more & worth a bit for a good one. Got to agree it is one tough looking car.

'Hey Max, the last of the V8 interceptors. Sucks nitro.' The first of the 3 movies, mad max / road warrior was filmed not far from where i grew up. I can remember in the 80's when you could pick up a decent XA/B/C series Falcon Coupe for $1500AUD. A kings ransom might get you a look at one today. OTC

i envy the aussies during that time period....they had the coolest cars especially the 70's muscle cars. all of them were cool regardless of the make. they did what america should have continued doing....made cars that people actually would like to own. whether if it was a holden, ford, or dodge, they were all cool IMO!!!

This would be a blast to recreate in R/C...Hmmmm what body can we make work for this...a pair of lexan scissors and some CA and patch pieces will be necessary.

that would be so cool to find an existing body with the same shape and contours and modify it to look like the interceptor.....but what body that's available have the similar shape of the falcon????

If you are a fan of Ford XB's then grab a copie of Eric Bana's The Beast on DVD,
Fantastic movie and a top bloke.

thanks for the ebay link. i saw the pics but the proportions and the detail isn't there for a display model. i'm more into details and having a more realistic look. that's what drawn me to tamiya because of the realism of the kits. now if tamiya or hpi would produce the falcon and the v8 interceptor, that would possibly be the ultimate r/c body or kit to collect!!!

I think possibly the most awesome lookin car in the world. Just love the pipes and the supercharger

just to let everyone know, i had emailed hpi and actually got a response back. i forwarded the letter to a fellow member and he's going to try to post it for everyone to read and give input. if there is enough interest and people to write in, maybe it will be built. we can only hope. i actually hope it will be built.

I love these, OZ has produced many great cars, and still does. It's pitty that we here in Norway can get OZ cars like in UK. I found a 1:18 scale mad max you can convert with a bit work.. [Click here]

I would have to have four of these bodies. one NIB, one shelfer, one to drive and one to destroy