This is THE very first serious competition car that Traxxas ever made in order to pick a fight with Team Associated and Team Losi. It was launced in 1991. And it's an awesome construction - it looks like a 20** car! Wide, slim, long wishbones. And the plastic in rims and chassis look like nylon, seem to be very beefy and strong! The drive shafts are also very impressive, made from plastic - looks a bit like those Schumacher used to make.

I bought this car on ebay/US in december 2010 for USD 150 plus shipping. It came with a manual, which is extremely well made! It has a double body mount at the front, so I suscpect it has had a truck bodyshell or something before.

Bombshell! The car is METRIC!!! So Tamiya/Kyosho wheels, bearings etc will fit.

14th august 2014: Sold for NOK 1500 to my friend Tomas Karlsson in Sweden. It will be his new Nordic Vintage Challenge racer :-)

19th august 2014: Deal cancelled, as he suspects it's not a TRX-1 but rather a Traxxas Eagle LS... need to investigate further... 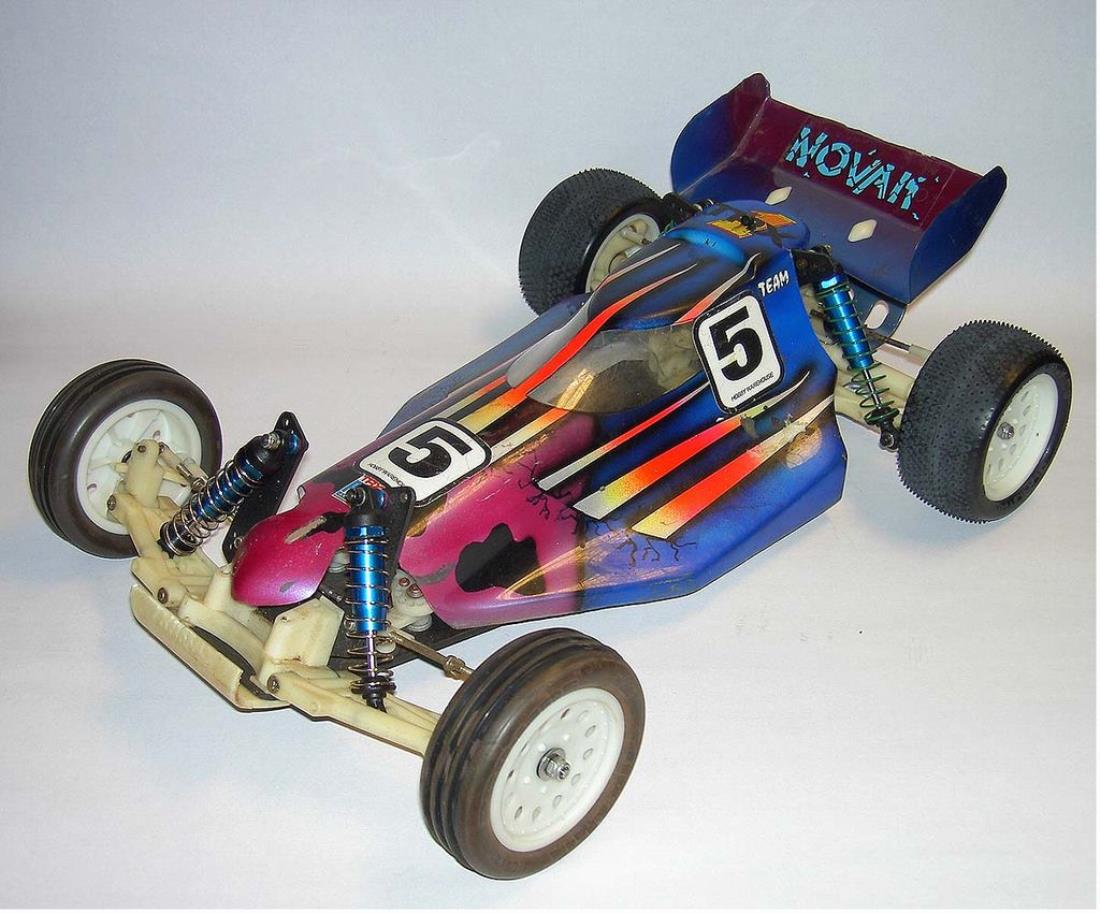 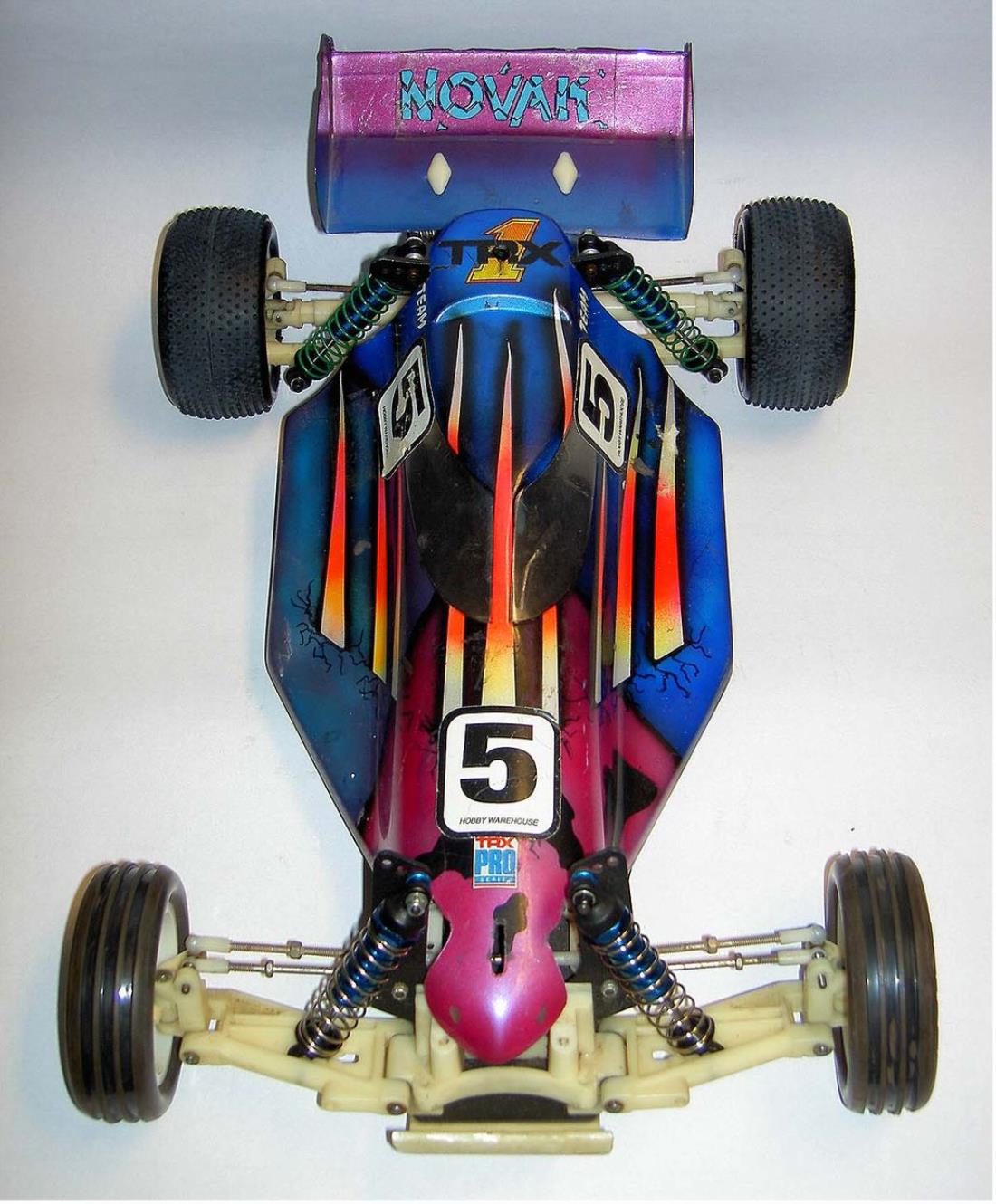 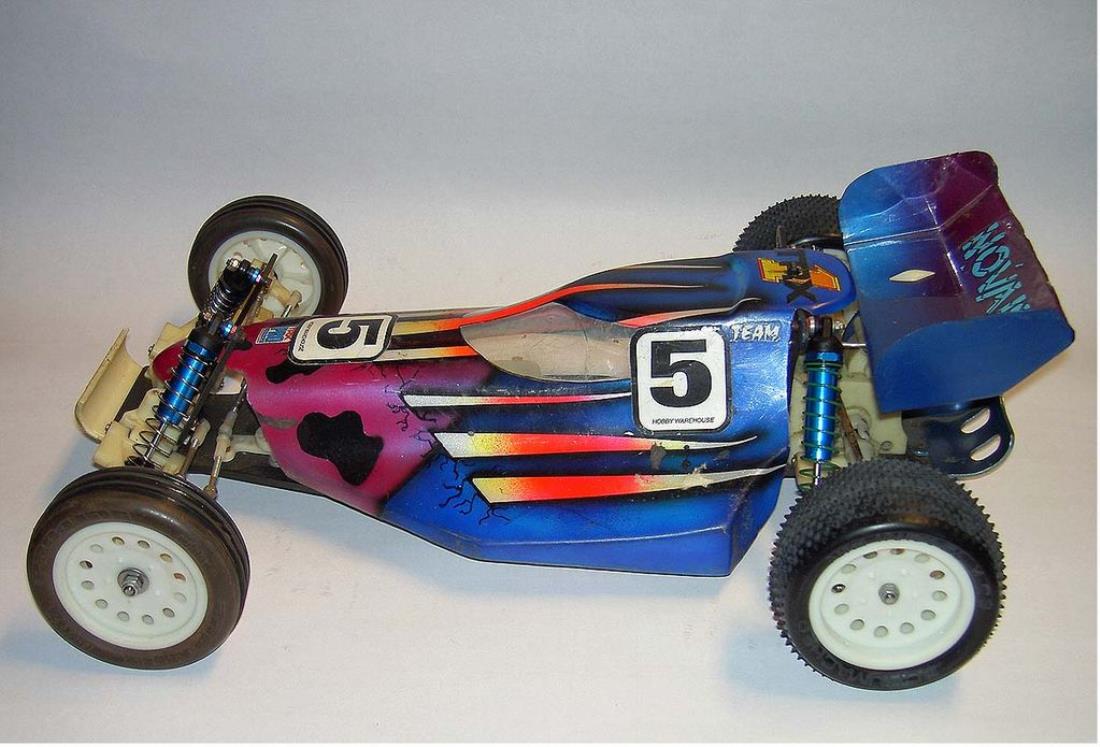 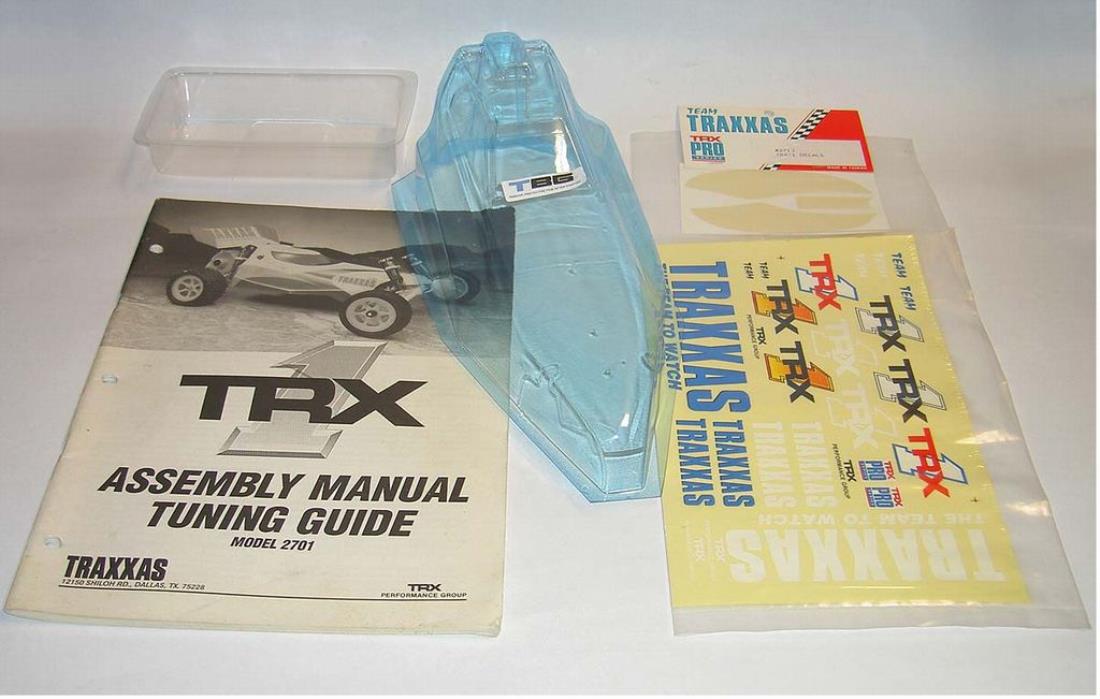 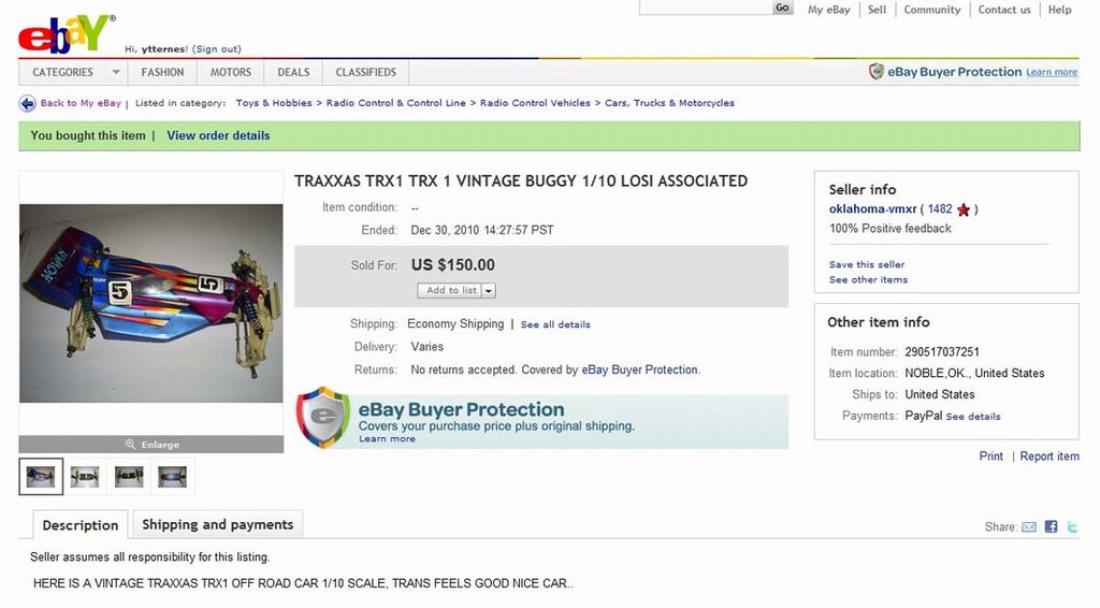 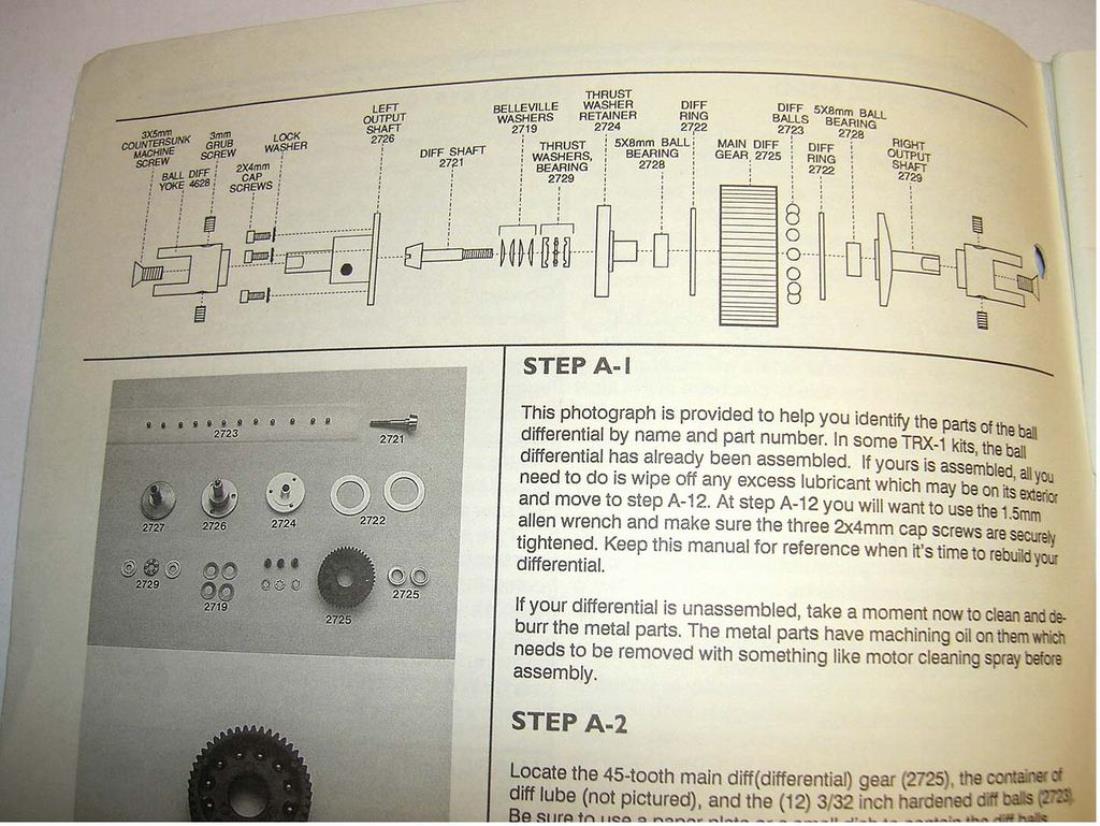 Love the shell - chassis has so many elements of RC10 - well if you are going to copy/emulate then why not pick the , then, leader

This is a great car. One day I will add one to my collection.

my buddy got one of these when they came out, as he was fed up with everyone all racing gold tub RC-10s.

seems like you got it for a decent price too !

Really cool vintage racer...would love to see it on a track against the competition.