Presenting the most boring Tamiya kit ever! A 1/10 scale cardboard box model of a kit box.

It took me a while to think of something for this comp. A straight photo of some kit boxes wasn't going to cut it and I'd already used the imaginary kit box for a previous competition. I needed a box but something different. I had the idea of a Tamiya kit that was a model of a box and from there the idea spawned for the infinite boxes Droste Effect.

I constructed the face and side of the box with a dummy kit box from a Hornet then duplicated it and shrunk it down to fit over the Hornet box to turn it into the kit box. This meant I now had an image with the same image on the box in that image. I repeated the process for the next box in, then continued until I got to the point where the box was so small it was no longer visible.

All that remained was to take this image and create the final 'real' box sitting on the table. A nice seasonal background for this and it was done. 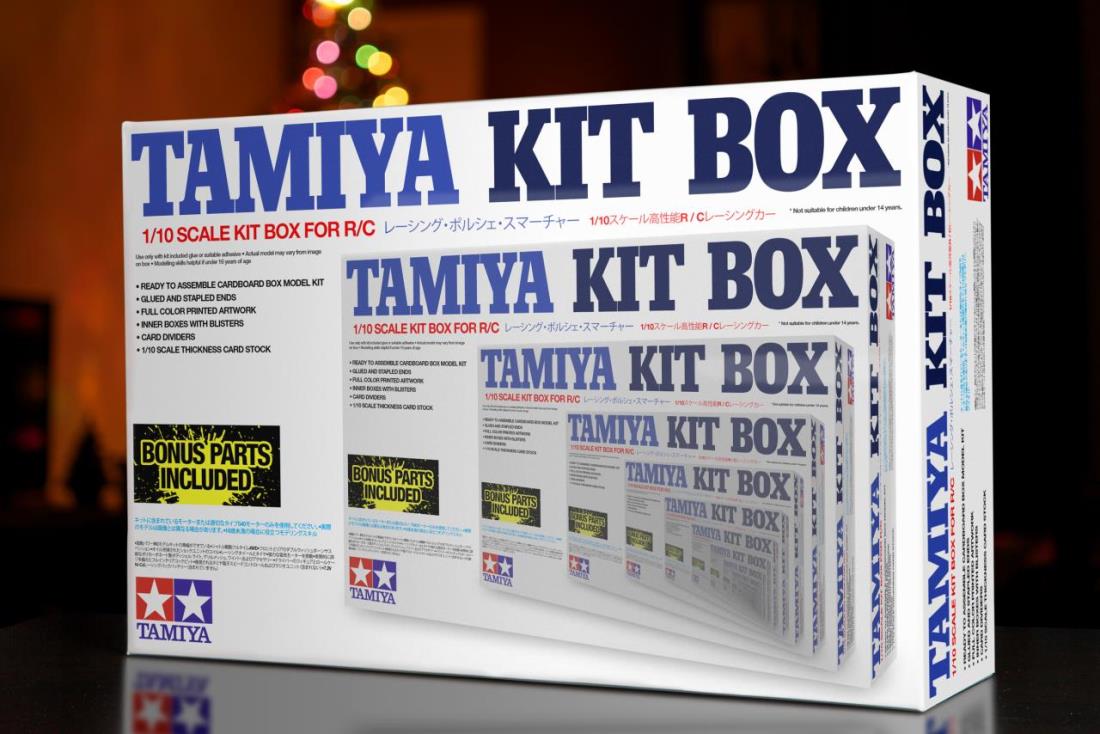 Cool. Looks like you’ve been using my shrinking spray