I was only 21 years old when I did this project as a scrappy college student,,,so yes,,,this happened 25 years ago!!! I fabricated parts of this experimental 2WD truck as I had never fully built anything from scratch in my teenage years to this extent. I did not have enough time or funds to go all out with 4WD, but I remember wanting to........... Chassis was hand-formed T-6 sheet aluminum, all suspension links were aluminum rod I drilled and tapped for ball-ends. To keep the rear axle from moving side to side I used a flexible plastic cut from a large Tide detergent bottle in a rectangular shape that had been heated and flattened out (remember-college student with no money..lol) This plastic then became the rear axle 'locator' and could flex and twist to allow the 4-link rear axle to move freely. The front suspension parts were a mix of hand made and modified RC10T nylon A-arms. Tires and rims were Varicom Big Grizzly (remember those?), front rims were modified for 5x11mm bearing hubs, as I machined the hubs myself on the lathe and trapped them in between the rim halves. Battery holder was a modified Team Losi JRX2 part. Check out that vintage Cadnica 1400maH 'red' Ni-Cad pack! For the transmission I used the Varicom axle housing, ring and pinion gears and some parts from a few other donor cars. Also a hand made adjustable motor mount. Then I turned some steel rod on a lathe, checked a few times with my micrometer and later used a die to cut threads on one end and created a new input shaft, replacing the original input shaft with a new shaft that carried an RC10T slipper clutch assembly. It was awesome to accomplish this and it actually worked smoothly! The truck would have been more fun as 4WD but I was proud to build this beast anyway, it drove well and did great jumps. It was fun to do this back in the day,,,but in fact now that I think about what I did was create ... A REAL MONSTER!!!! 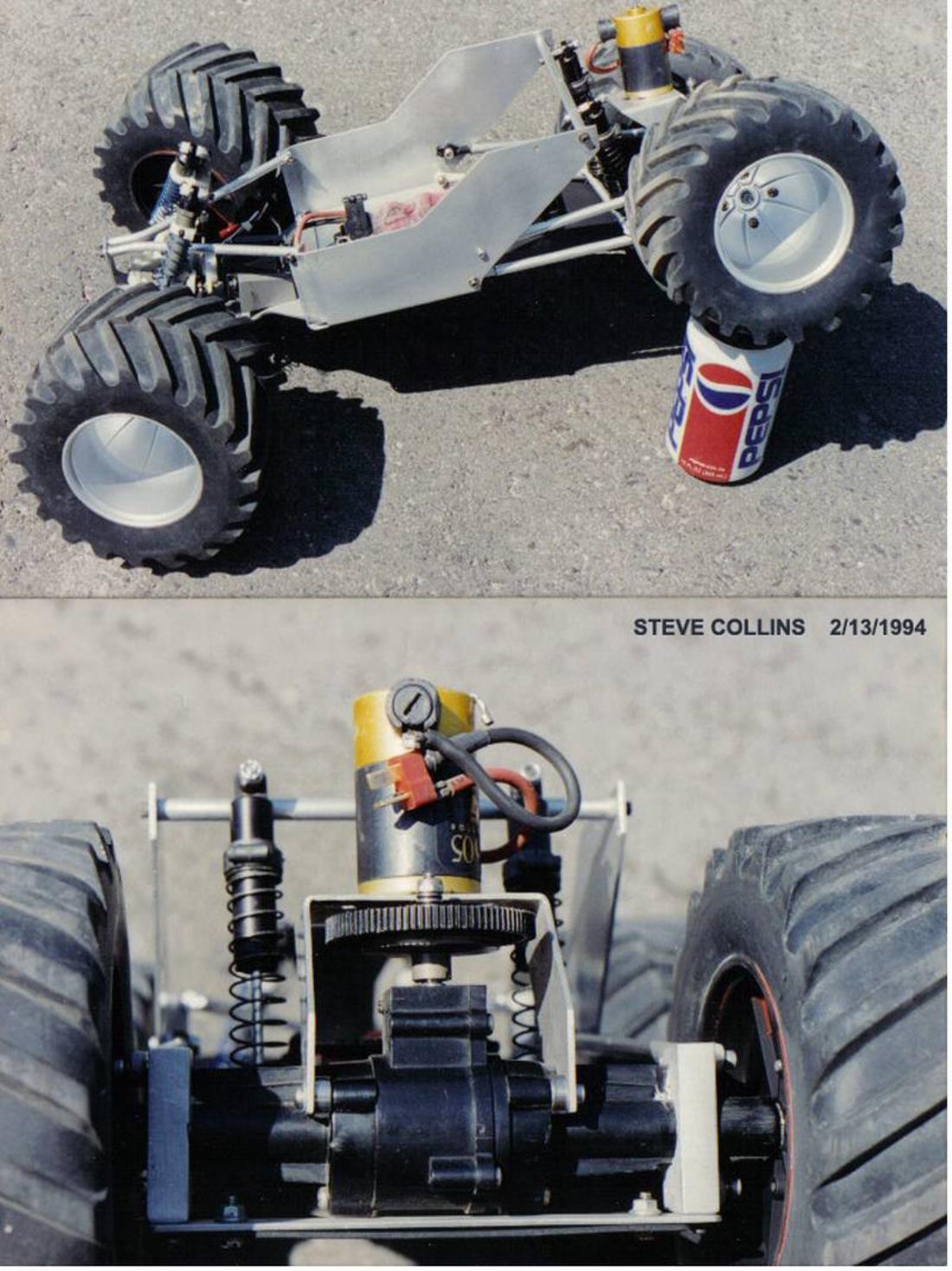 Great story - what happened to it in the end?

It got disassembled,,, somehow I lost interest in it and traded the tires off for other parts,, etc. Should have kept this together...

Nice, creative and unique project from the past!

so darn cool, great design. this was epic.