Space.
This is the most space my Rising Fighter runner has had between it and the Earth since it's birth probably......
It was already on its last legs, chassis split, tyre split on the front all the way around, steering arm bent and the bumper hanging off (which then broke off).
It's now in dire need of a rebuild but will soldier on until winter maybe until repairs are done.

(Thanks to HornetRacer 1971 for capturing the picture from today's run) 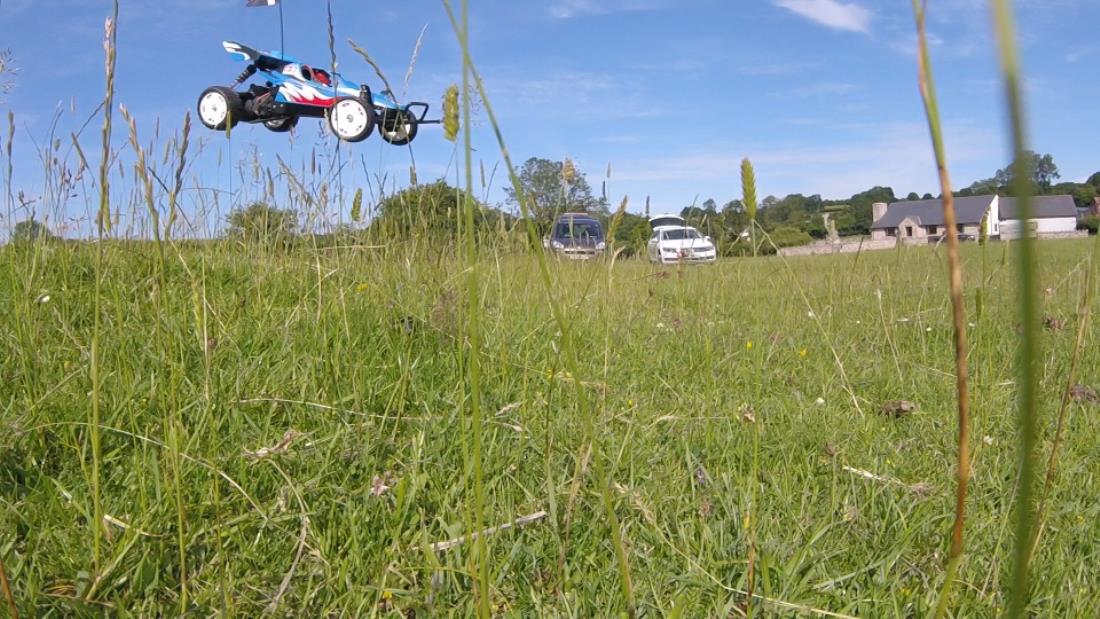 If you liked those pictures, you should see these...
Fighting for its life.... (rf1)

Very amusing driving this morning......Fun per £, the Rising Fighter is probably 'unequalled' in our wonderful hobby! Such great fun.

Launch Control did a great job on that day!