This image means several things to me (and I hope others). Firstly it's another of my shots that I try to recreate the nostalgia and excitement of those fantastic photos from the 80s an 90s guide books, amazing machines that were beyond reach at the time but we promised ourselves we'd own someday.

Secondly it's the trifecta of difficult paint jobs, fiddly masking, intricate detail and instructions that in some cases, merely hint at what to do rather than convey any specific and meaningful assistance. There's a great sense of achievement being able to look at these three and know that I've got close to what Tamiya intended.

Thirdly and most importantly, there's Tamiyaclub. The King Cab was my first Tamiya and the catalyst for everything that followed. My return to the hobby in 2014 soon led me here and it wasn't long before I was able to revisit my youth and right some wrongs by building another King Cab and doing it properly this time. The Scorcher had come and gone when I was a kid into RC, but it didn't take long to fall in love after discovering it this time. Poring over the showrooms and reading every thread proved invaluable knowledge.

Several years passed, by which time I'd established quite a prescence on TC and had a showroom with many cars that I'd built for people. This showcase of my work brought me many opportunities to build rare kits and the pinnacle of this would be when David asked me to paint his 959. I'd refused a few requests before but I decided I was finally at a point where I was capable. Again scanning the showrooms and forums for every scrap of information and in return for the gained wisdom I documented every step of the process so that hopefully others will benefit, because isn't that exactly what the club is about?

It's the people that make this place. The willingness to share, help, demonstrate and document. The friendships and connections made. The avatars on the messages or the faces in real life. 20 years of enthusiasm, expertise and community. Here's to the next 20! 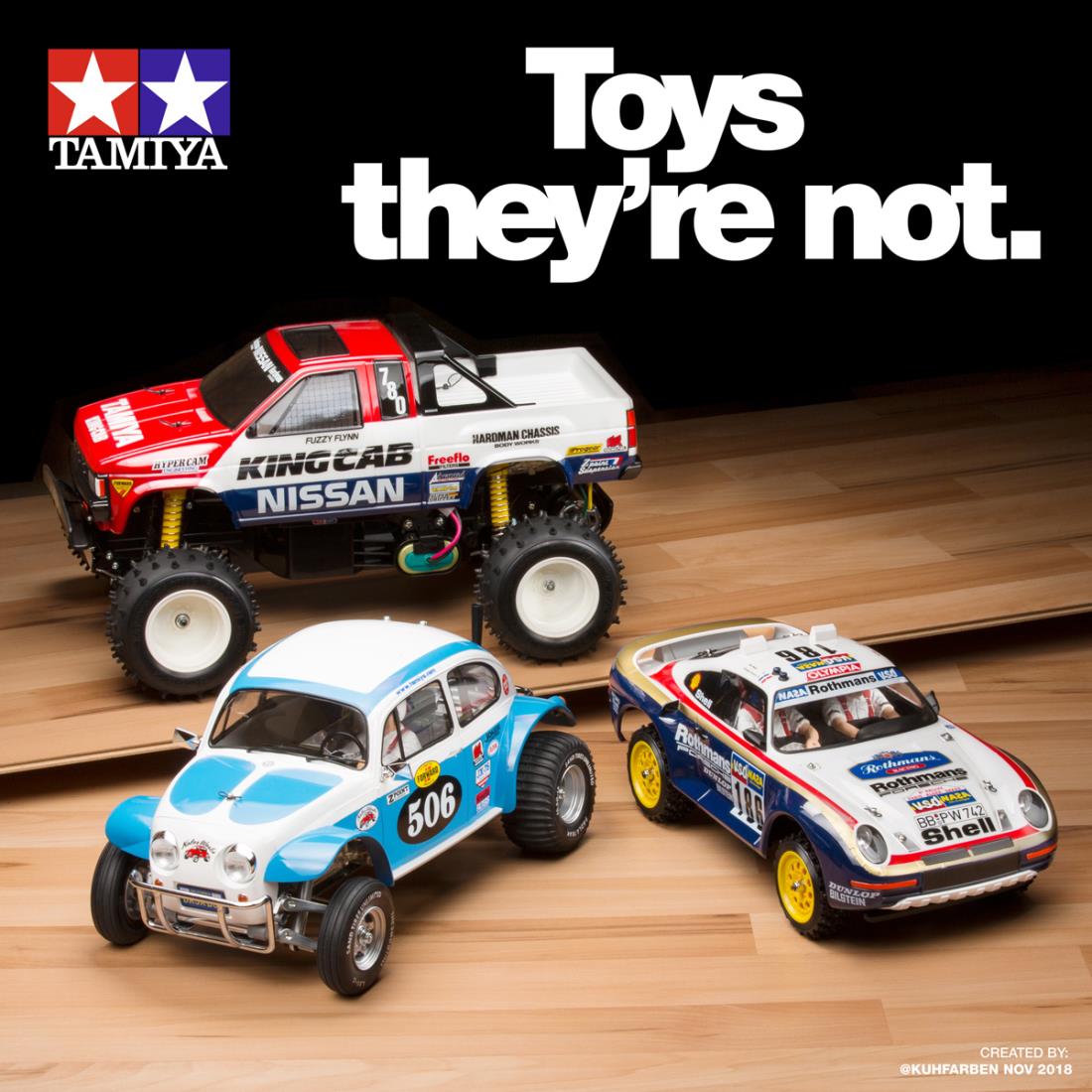 Lovely looking Tamiya's and pic! Devils to paint indeed!
Yeah sure do agree we are a decent gang on the TC! Good luck mate.

This is pure magazine quality, certainly looks like a page out of a Guide Book, tremendous job

That really is not only a great idea, but it's beautifully executed too! Good luck!

Beautiful! These even look better than the ones in the guide books IMO.