I originally bought this King Blackfoot as a restoration project way back in the mid-00s. It was a typical eBay purchase of its time - mostly complete but very battered, repaired with wood screws and a body only worthy for a post-apocalyptic project.

I bought an NIB King Blackfoot body (remember those..?) and restored the chassis to an acceptable standard, although with aftermarket wheels and oil shocks. However it had very little use before I gave it a lexan re-release Brat body, then traded it to a friend of mine in exchange for some work done on my 1:1 car.

Fast-forward around 15 years, and he gave it back to me as a surprise birthday present. The tyres (new when it went to him) were perished and split, many of the suspension parts were broken, the shocks had blown their oil and the body had more than a few marks. Without much use for another restoration project at that time, it went up into my storage area, and there it has largely stayed, until today when I took it to a local quarry to grab some photos just in time for the competition.

With sagged suspension, blown tyres and a battered body, this is just the sort of thing that Beck's Recovery might be called to assist with, after a brave new owner has sealed a deal to take the remains of a one-time monster truck back to his workshop for a restoration to its former glory and a return to the car crushing arena. 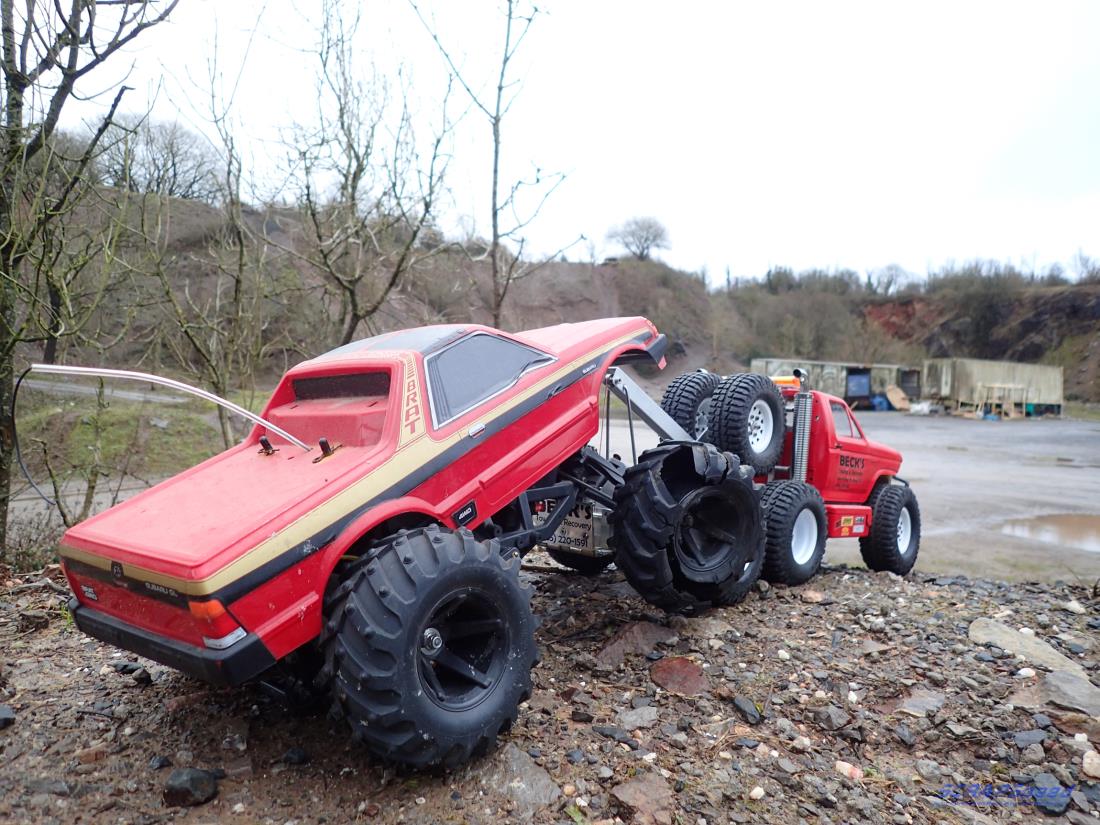 If you liked those pictures, you should see these...
King Bratfoot

Age for sure look at the rust on the body clips lol Love that Becks recovery truck too mate looks awesome!
Hopefully one day this King Bratfoot will rise again?

Oddly enough, the King Bratfoot linked above is actually another KBF with a Brat body, that I bought to replace this old and busted joint after I traded it. But although this one is a hulk of rusty parts, there's probably enough in there to make it worth a crazy hybrid restoration using whatever parts I have lying around

I love raiding the parts bin its so satisfying when you find the parts you need...or can make work on a project! Good luck in the comp mate!

Great photo. I wonder how many old r/c cars there are in the world, sitting in garages or lofts, in need of a little TLC to get them running again?